Skip to content
You are here
Home > HOLIDAYS > 4th of July > Grilled Sausage with Peppers, Onions and Herbs 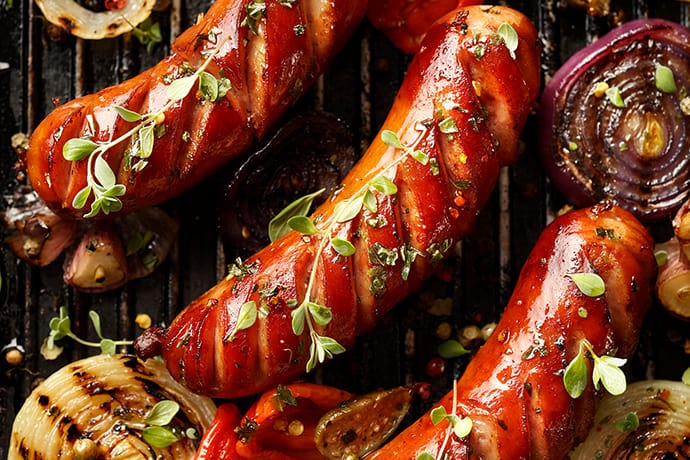 Serve in a crusty bun, alongside mashed potatoes, over rice… or all by themselves.

There is a trick, however, to achieving perfectly grilled sausages. The key is a simple disposable foil pan, foil container, or even foil packet.

Grilled sausages can often become crispy on the outside and almost raw in the center. Or completely overcooked and dry clear through.

To prevent this, cook them first in a moist bath with veggies and herbs in a disposable foil container on top of the grill. When they reach 145°, remove them from the container and place on a hot grill to finish them off. The result is a crispy outer skin and moist, flavorful interior. 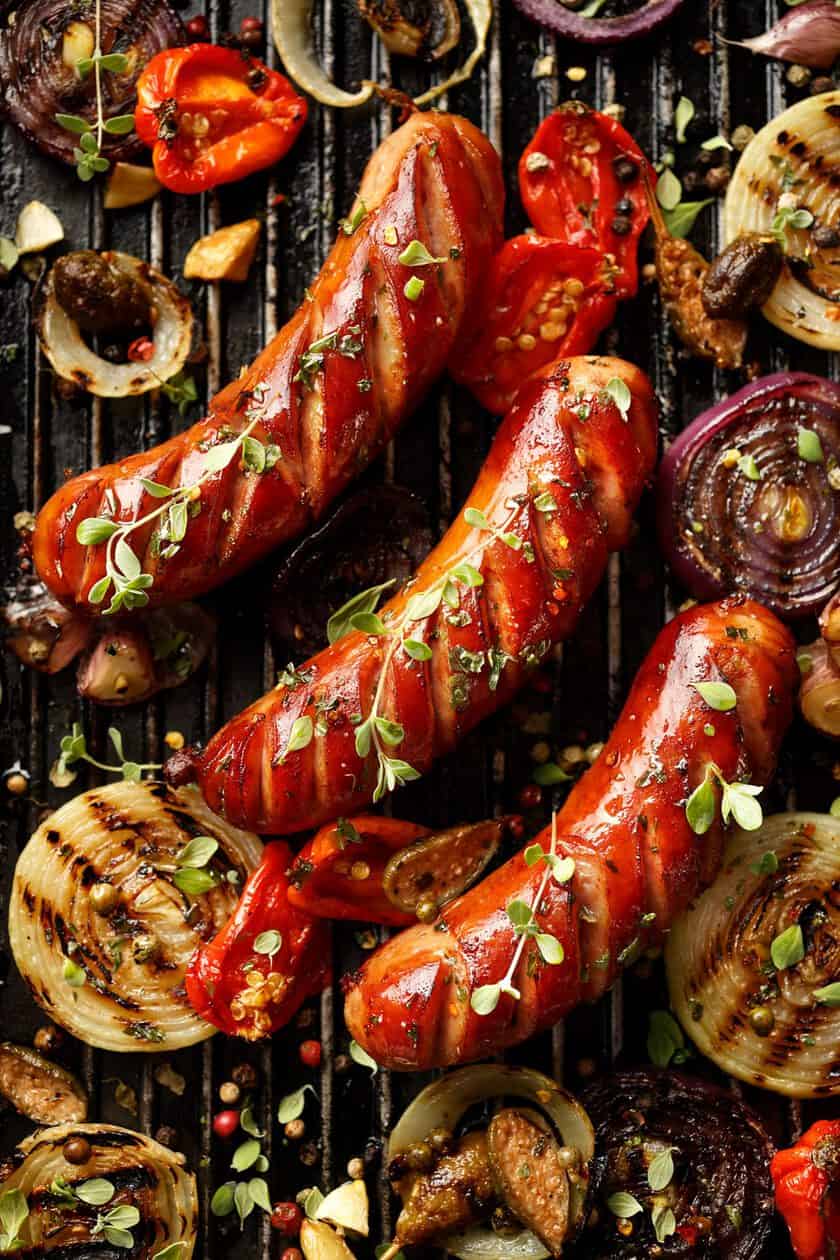 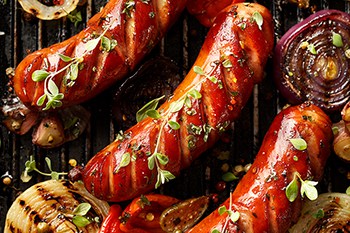