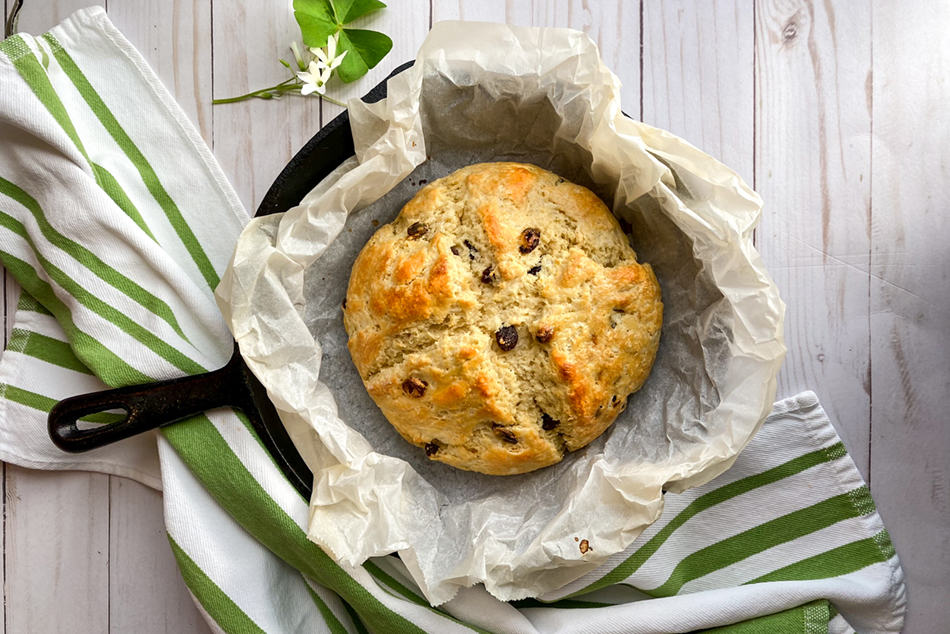 Irish Soda Bread with Buttermilk and Raisins is a favorite St. Patrick’s Day tradition at our house. Soft and tender on the inside, with a hint of sweetness, the buttermilk delivers a subtle tang that is absolutely delicious.

Apart from Shepherd’s Pie and Irish Lamb Stew, soda bread is a classic tradition leading up to St. Patrick’s Day. 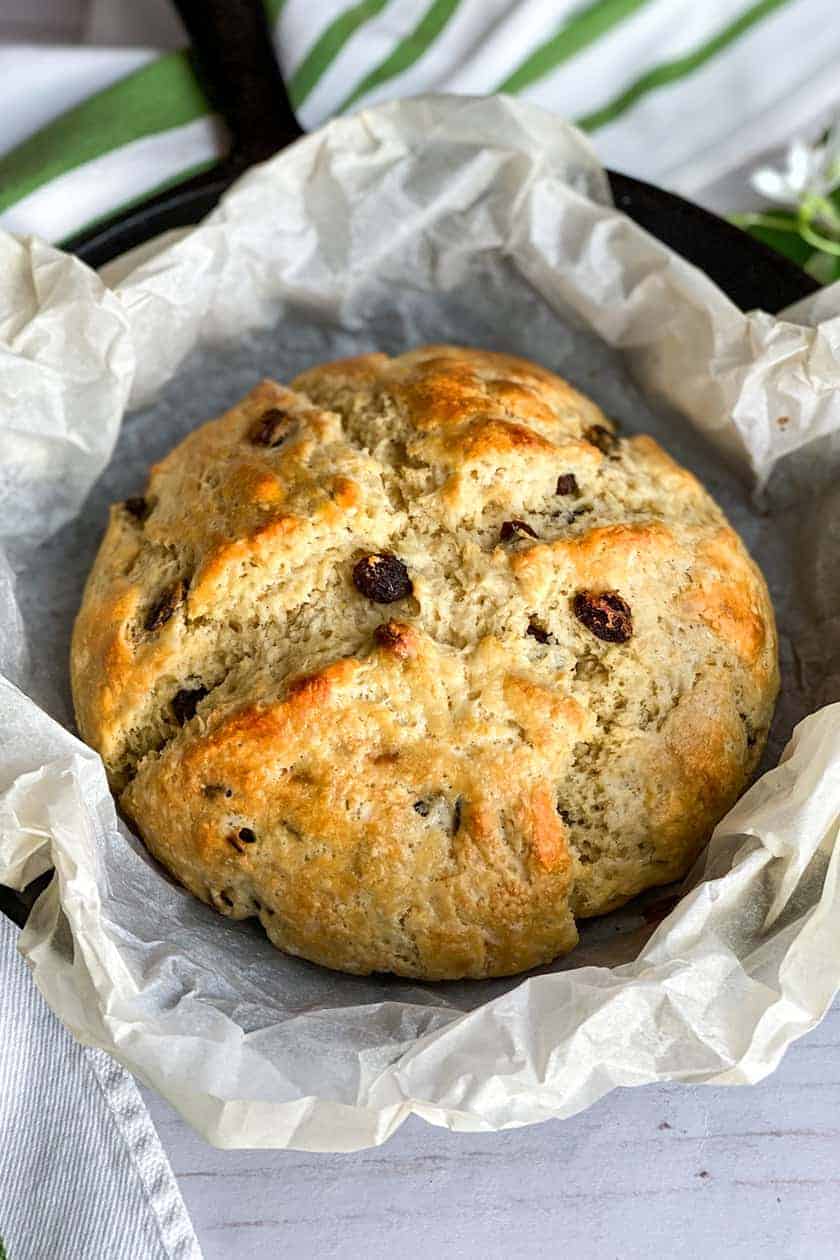 “Irish Soda Bread was first created in the late 1830s when the first iteration of baking soda was introduced to the United Kingdom. 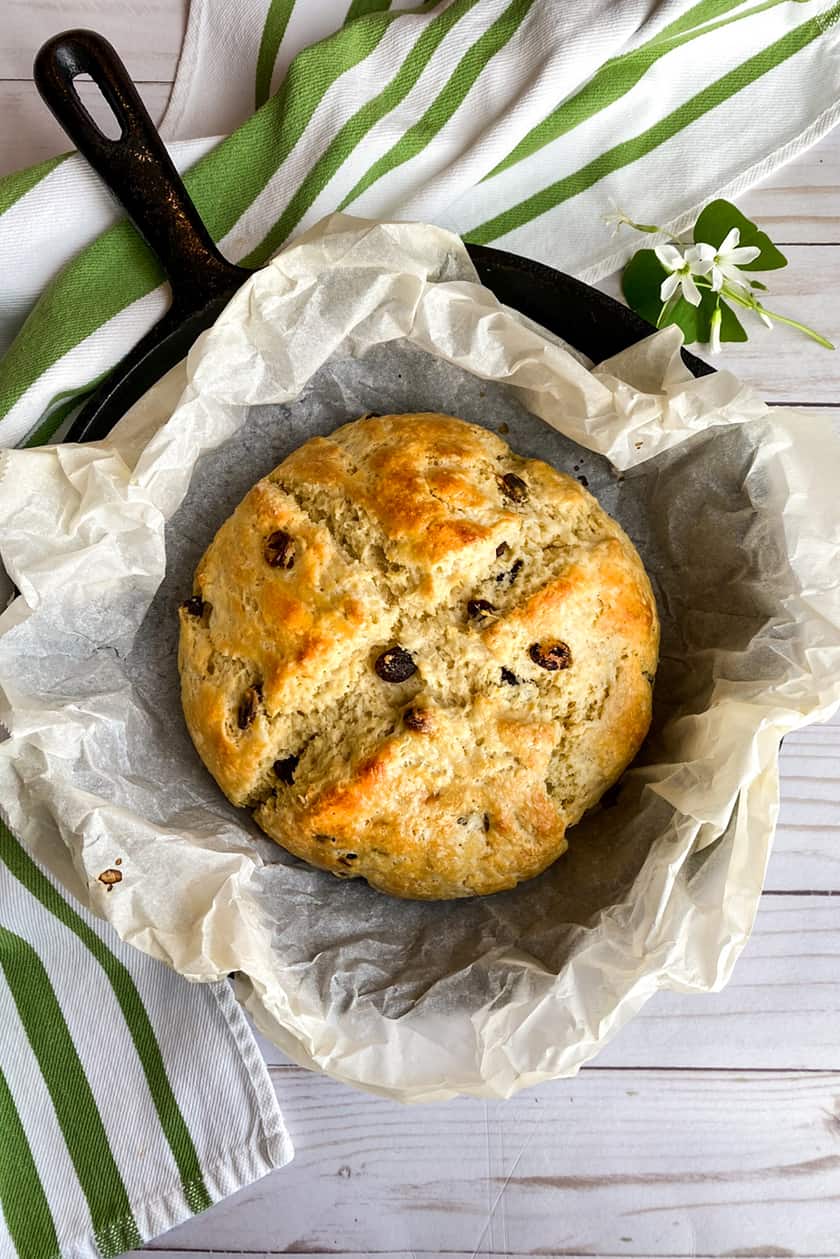 According to Census data, there are 39.6 million Americans who claim Irish heritage including five million who say they are of Scots-Irish heritage.

That number is almost seven times larger than the entire population of Ireland (6.3 million). After German, Irish is the most common ancestry of Americans with the bulk of those claiming Irish ancestry residing along the eastern seaboard (Irish Central).

So whether you can claim the green or not, according to the National Retail Federation, 55% of Americans will celebrate St. Patrick’s Day in 2020. Spending, on average, $42.96 each, for a total of $6.16 billion on festivities. Billions! It’s going to be a fun St. Patrick’s Day.

Lucky me– I get to claim Irish, on nearly every branch of our family tree… and we will celebrate. 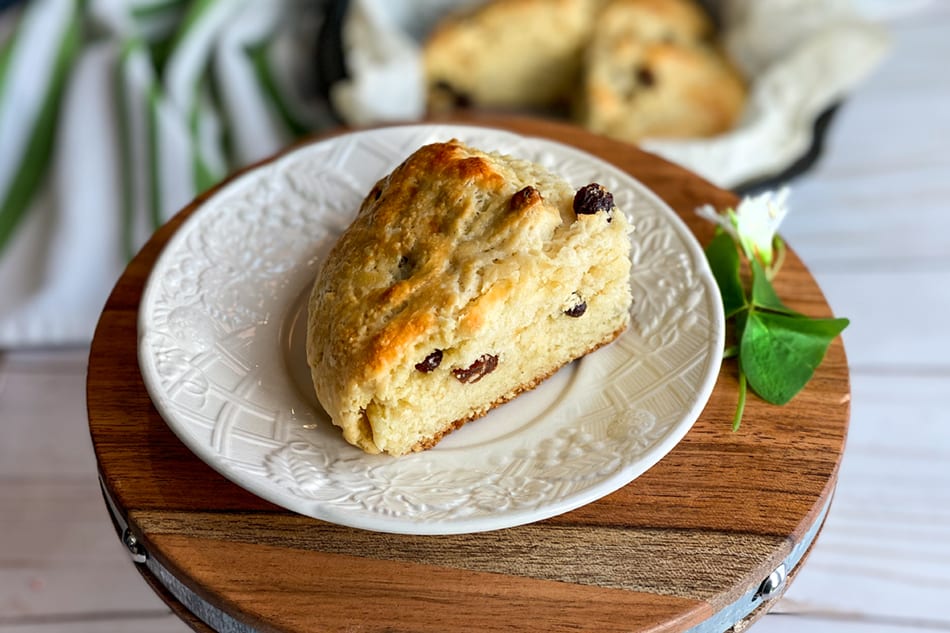 While this soda bread recipe is a slight departure from the traditional, this is the one my family always requests. For a truly traditional soda bread, view my Traditional Irish Brown Soda Bread recipe. 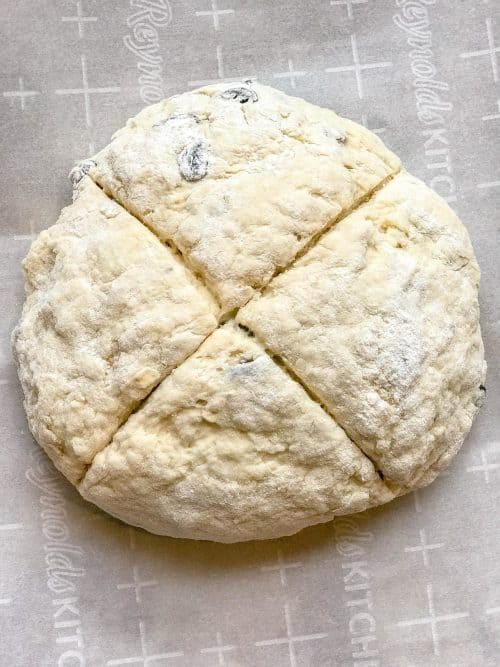 This simple to make bread is perfectly delicious with Emerald Isle comfort food or Irish Pub food. And one I make all spring long. 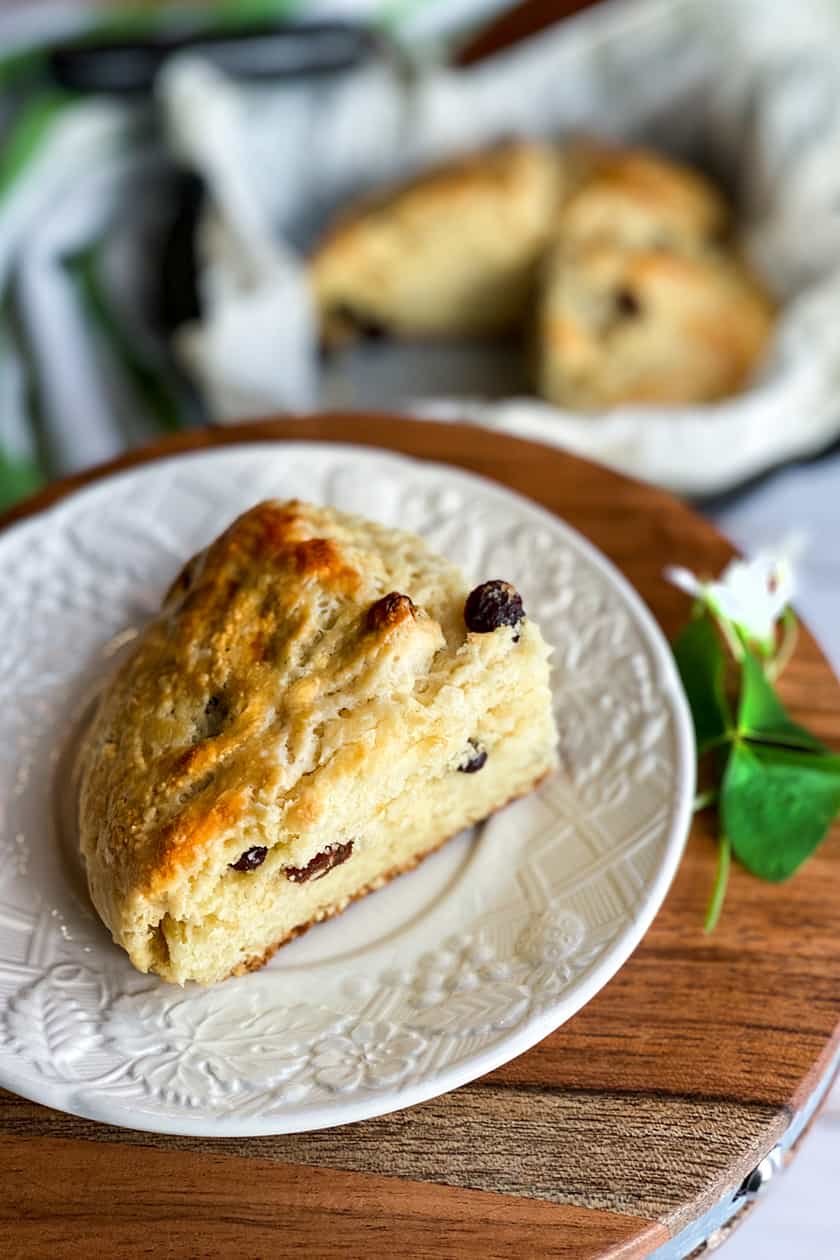 I like to cut the loaf into wedges and served with a pat of Irish butter and a drizzle of honey.

It's also delicious sliced and toasted the next day. Or -- make a second loaf for just that reason! 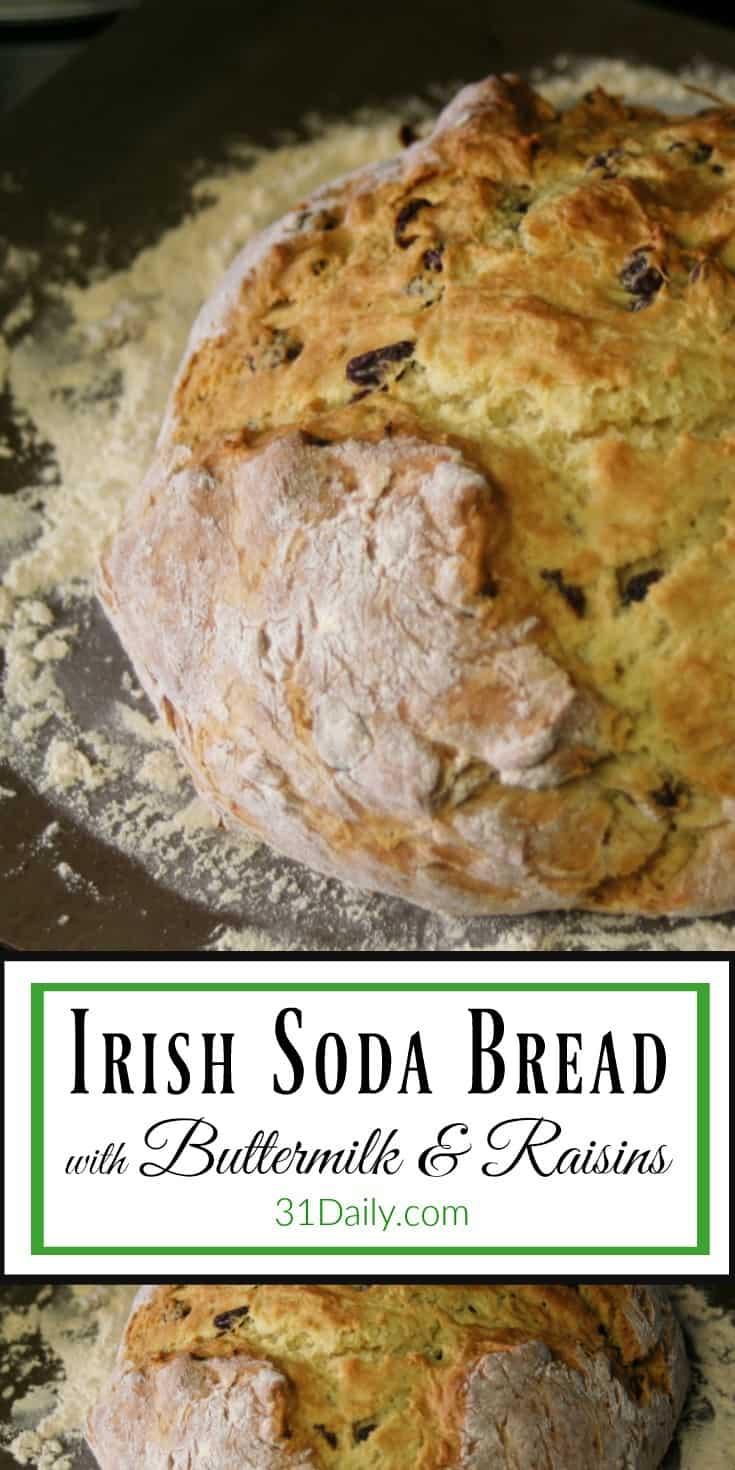 14 thoughts on “Irish Soda Bread with Buttermilk and Raisins”