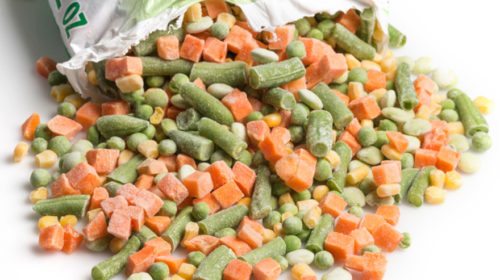 The massive frozen food recall involving millions of packages of frozen fruits and vegetables to all 50 states plus Canada and Mexico has expanded. Deaths have occured in California and Washington State.

The CRF plant closed two weeks ago but the company is still trying to pinpoint the source of the contamination.

Well over 400 products and 42-plus different brands from major retailers like Costco, Target, Trader Joe’s and Safeway with dates as far back as 2014.

“Unquestionably, this is a lot of product. … It reflects the severity of listeria as an illness, the long duration of illnesses and the outbreak and the long shelf life of the products,” said Matthew Wise, who leads the outbreak response team at the federal Centers for Disease Control and Prevention.

CRF Frozen Foods issued on April 22nd a massive recall of 11 items of frozen vegetables. On May 2nd, the recall had expanded to include organic and traditional fruits and vegetables to cover over 400 consumer products sold under 42 separate brands, including Trader Joe’s, Emerald Farms, Safeway Kitchens and Parade. Saturday’s Ajinomoto recall adds 68 products.

Eight people in three states have been sickened by the strain of listeria since Sept. 13, 2013, the Centers for Disease Control and Prevention said last week. Two of those people died, though listeria infection was not listed as the cause of death in either case.

Wise said his concern is that consumers check the online recall lists discard the products from of their freezers. “Listeriosis always makes us worry because it’s such a serious infection,” he said. The CDC says listeria is most harmful to adults over 65 with weakened immune systems and pregnant women.

Listeria monocytogenes can cause serious, occasionally fatal infections in the very young and old or frail, as well as people with weakened immune systems, according to the FDA.

Listeria, a germ that can “grow even in the cold temperature of the refrigerator,” can be not only dangerous , it can be deadly, according to foodsafety.gov.

Most common Listeria symptoms include:

According to NPR, if Listeria gets into the bloodstream, it can case listeriosis, a condition which will kill one in five victims. The CDC reports, “Listeriosis is a serious infection usually caused by eating food contaminated with the bacterium Listeria monocytogenes.”

Foodsafety.gov cautions: “If you are very ill with fever or stiff neck, consult your doctor immediately. Antibiotics given promptly can cure the infection and, in pregnant women, can prevent infection of the fetus.”

While Listeria can be killed with proper cooking, 165 degrees, it’s best to throw out contaminated food.

Where Listeria is Found 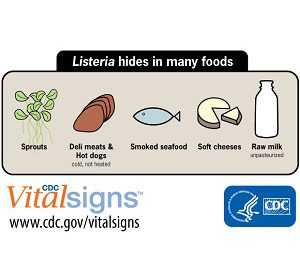 Listeriosis can present in different ways. In older adults and people with immunocompromising conditions, septicemia and meningitis are the most common clinical presentations. Pregnant women may experience a fever and other non-specific symptoms, such as fatigue and aches, followed by fetal loss or bacteremia and meningitis in their newborns. Immunocompetent people may experience acute febrile gastroenteritis or no symptoms.

How Listeria is Treated

The CDC cautions that listeria occurs naturally in the environment, and all people are regularly exposed to it. Symptoms, however, can take up to two months to show up after eating contaminated food.

What Do Consumers Need To Do?

Further, for frozen foods not listed in the recall, consumers should thoroughly cook them and follow microwave or conventional oven cooking instructions found on the package. Only thorough cooking will kill bacteria that can cause foodborne illness.

Additional recommendations for preventing listeriosis are available at the CDC Listeria website: http://www.cdc.gov/listeria/prevention.html.