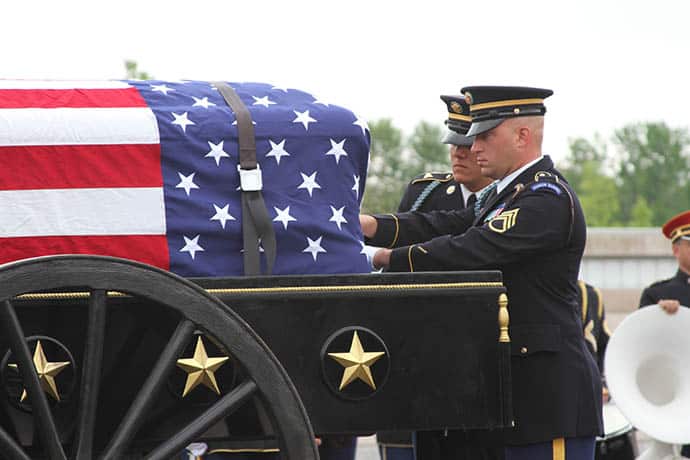 Do Americans take freedom for granted? Here are 10 freedoms Americans might take for granted — and who protects and defends those freedoms.

It’s Memorial Day, a day we, as a nation, have rightly set aside to honor the more than 1,000,000 (million) lives that have been sacrificed to defend the United States of America.

“We the People of the United States, in Order to form a more perfect Union, establish Justice, insure domestic Tranquility, provide for the common defense, promote the general Welfare, and secure the Blessings of Liberty to ourselves and our Posterity, do ordain and establish this Constitution for the United States of America.”

We are what constitutes America. We are “the people.” We are the recipient of the lives sacrificed.

In a recent comment on our post, Remembering Memorial Day: 7 Ways to Celebrate, a reader suggested we list, “ten things those service members did so we could continue to live as we do.”

As I spent some time contemplating his challenge, I researched the topic to glean other’s opinion as well. Dr. Edwin Feulner has written a thoughtful essay entitled, “Protecting the American Dream.” It was thought-provoking and timely. I have used some of his ideas.

For more than two centuries, American armed services have kept America free. As I researched ideas for this post, I was stunned to find out how many people argue that idea. Try a Google search on “how the military has ensured America’s freedom.” It’s enlightening. Far too often we fail to honor and recognize the ultimate sacrifices people have made for our country. And some, while they’ve not given their lives, bear the living scars of their sacrifice and commitment to America’s liberty.

Thank you, dear reader, for your challenge. I will celebrate Memorial Day more intentionally this year. I hope you will too. At the conclusion of “10 Freedoms,” please read an emotionally charged message a dad has written to his two sons. 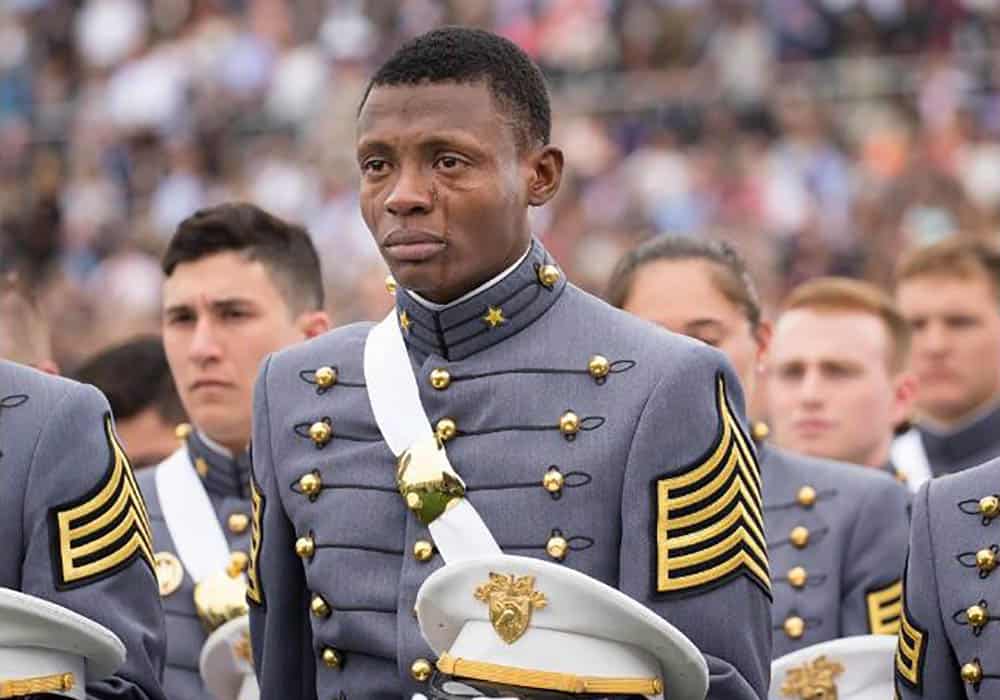 From the words of 2016 West Point graduate, Haitian-born, a pilot in training…

“At this moment, I was overwhelmed with emotions. Three things came to mind and led to those tears. The first is where I started. I am from Haiti and never did I imagine that such honor would be one day bestowed on me. The second is where I am. Men and women who have preserved the very essence of the human condition stood in that position and took the same oath. Men who preserved the Union is a dark period of this country’s history. Men who scaled the face of adversity and liberated Europe from fascism and nazism. Women like CPT Griest, LT Haver, MAJ Jaster who rewrote the narrative and challenged the status quo to prove themselves worthy of being called Rangers. The third is my future,” Idarche wrote in the comment section on the photo. “Shortly after leave, I will report to FT. Rucker to start flight school. Knowing that one day I will be a pilot is humbling beyond words. I could not help but be flooded with emotions knowing that I will be leading these men and women who are willing to give their all to preserve what we value as the American way of life. To me, that is the greatest honor. Once again, thank you.” 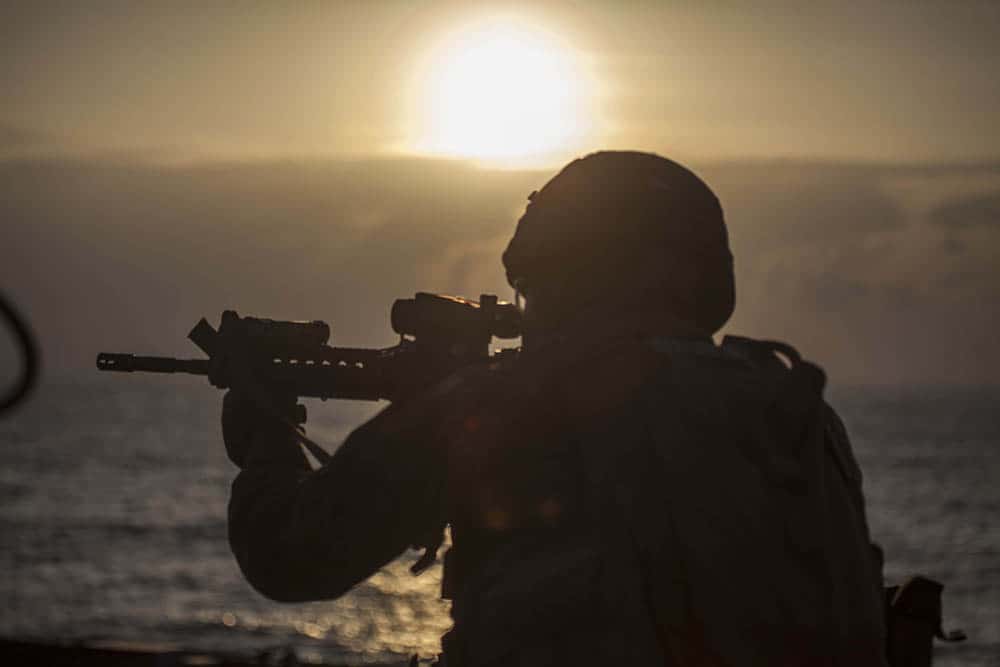 “They carry on traditions of duty, honor, brotherhood, and dedication to country that are sadly lacking in many quarters of our society.  And any one of them would give their life to protect our country, even if it is an imperfect place.” (Quora) 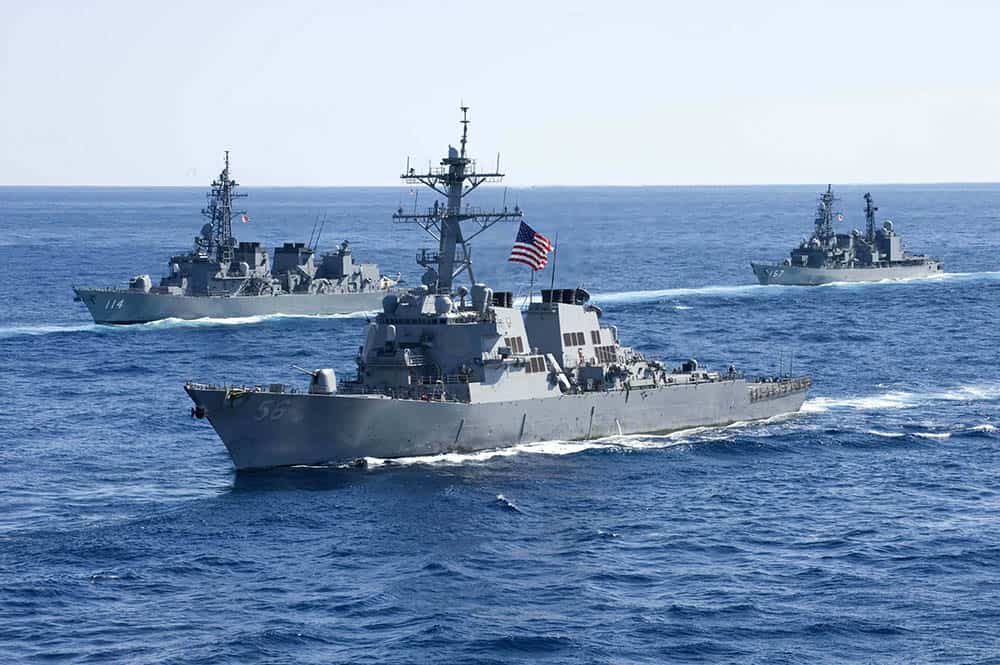 The Navy patrols the high seas, assuring the free flow of goods, services, and information. 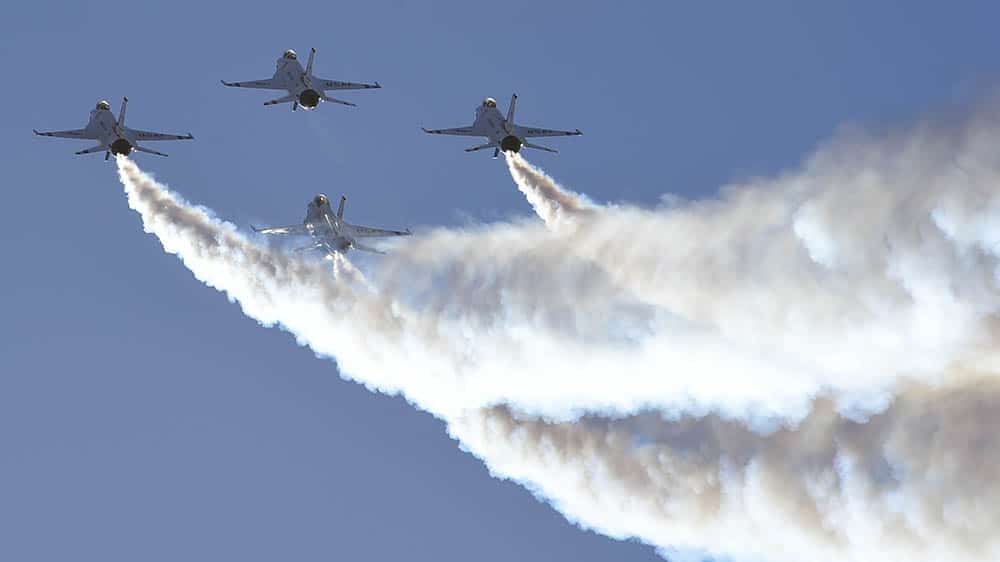 4. The military maintains a balance of power.

The Army and Marine Corps station their troops abroad, projecting power and strengthening bonds with allies. The Army’s mission is, “to fight and win our Nation’s wars by providing prompt, sustained land dominance across the full range of military operations and spectrum of conflict in support of combatant commanders.” The Army has been faithfully fighting to preserve the American way of life for 241 years. 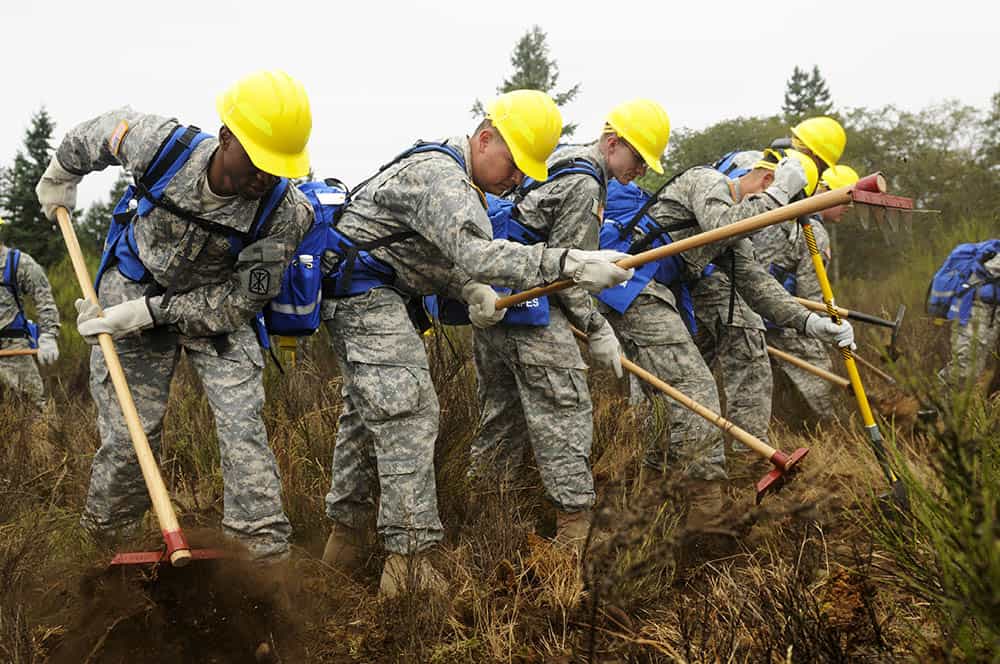 6. The military protects the homeland.

Reserve and National Guard Forces stand ready to protect the homeland and serve alongside active duty forces overseas to defend the homeland. 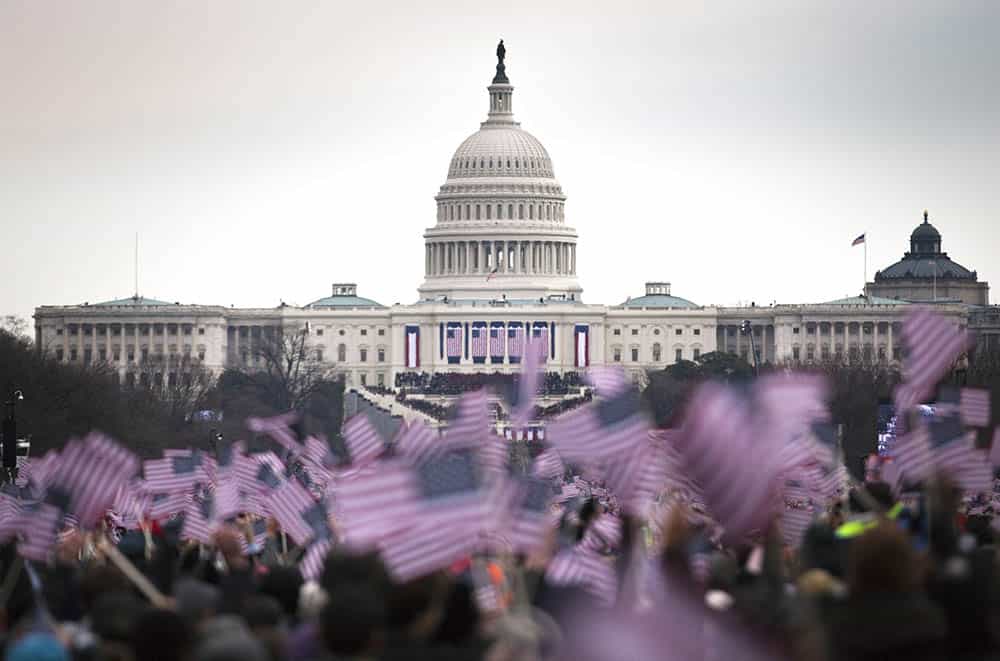 7. The military sustains pride in America.

Stories of the brave continually teach us that the sacrifices others have made for our freedom means that America is a land worth defending. In his famous last words, Nathan Hale, executed amidst the Revolutionary War, said, “I only regret that I have but one life to lose for my country.” 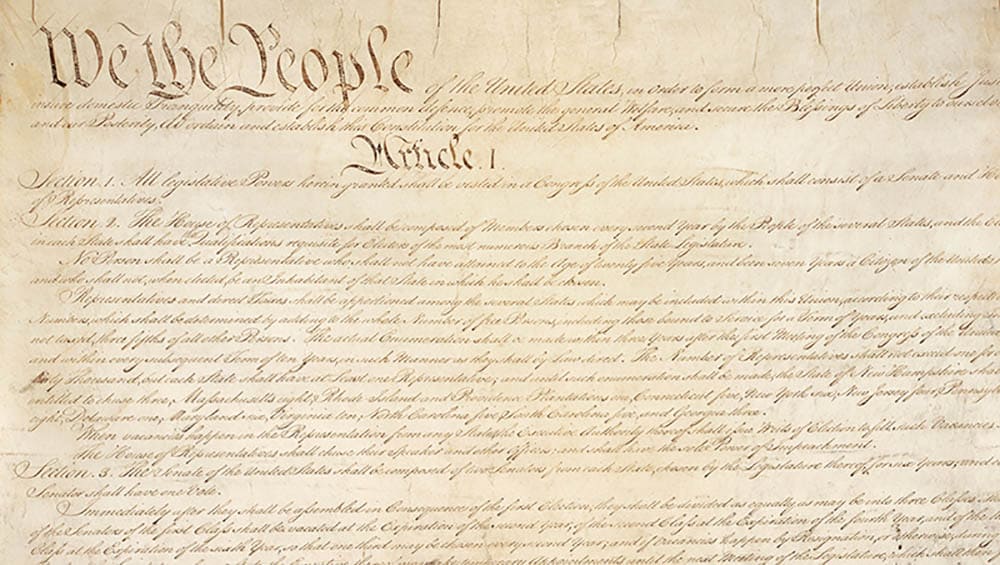 8. The military protects our Constitution.

“They are American warriors who took an oath to defend the Constitution of the United States of America and they did so despite all of the obstacles many of them faced both at home and abroad. They have asked for little in return and have often gotten even less. However, they are entitled to respect, if nothing else,” Veteran, American Legion Post Commander. 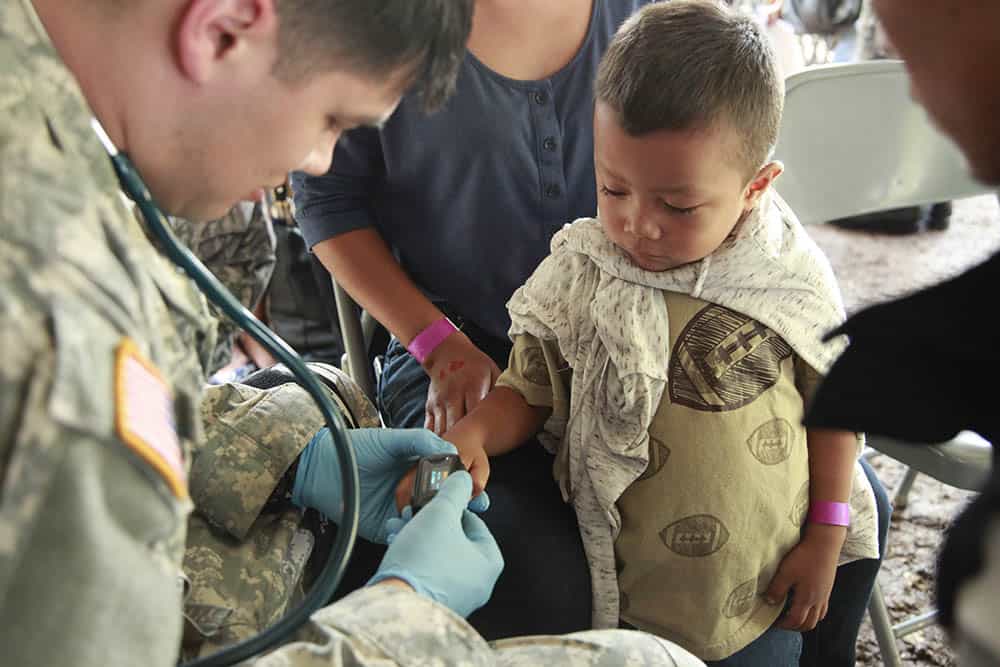 Navy Hospital Corpsman Chris Walsh and the three Marines in June 2006 were not looking for a baby. After a roadside bomb disrupted their routine patrol in Fallujah, an Iraqi woman flagged the group, repeating over and over, “Baby. Baby sick.”

Determined to help, Walsh knew Mariam would need surgery in the United States. Walsh and others administered aid each week in hopes of staving off infections while Walsh and others searched for a solution to send her stateside.

When Walsh and two of three Marines were killed by a roadside bomb in September 2006, the other Marines in their battalion undertook Walsh’s efforts, ultimately finding a way to send Mariam to Boston in October 2006 for a successful surgery. 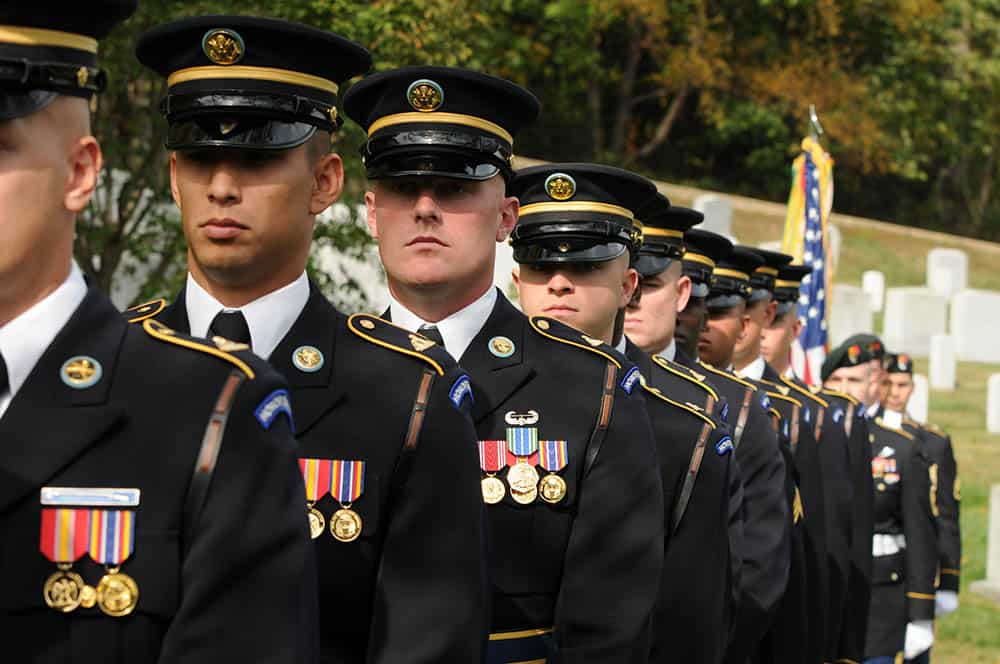 Because no one else on the world stage is stepping forward to take America’s place as protector of the free world.

“America’s leaders should not assume the world is a safer place. It is not. Existing and emerging threats abound, both from nations and from non-state actors.”

A Message to My Sons

To my sons, Michael and Alex: I have an important message to share with you–one that involves an important American holiday and why we, of Vietnamese heritage, should be especially thankful for the military men and women who made it possible for us to enjoy this holiday every year.

I speak of Memorial Day, which to you may just mean the official beginning of summer. Michael, you are 15 and focused on classes and school, and Alex, your boundless energy as a 3-year-old keeps us on our toes, so I can understand why you may not fully appreciate what Memorial Day means to me. My hope is that as I share its importance, you will come to appreciate it the same way I do.

You see, I came to the United States in 1975 as a refugee at the end of the Vietnam War with just the clothes on my back. In any other country, refugees-status is synonymous to second class citizens. Only in this great land of ours, the United States of America, could a fairy tale like mine unfold. Nowhere else in the world other than in the U.S.A. can a 13-year-old-refuge receive secondary education, be provided with an opportunity to go to college with government educational grants and most importantly, be afforded the privilege to serve in the military. It’s truly a testament to American exceptionalism.

I always felt it was my obligation to serve in the military to repay this country for what it has done for not only me and my family. I spent 20 years in the Air Force primarily as a communications officer with assignments in Europe and Asia, protecting our country from the threat of communism. My service to the Air Force continues to this day, though I no longer wear the uniform.

While serving in the Philippines, I was once again evacuated–but this time as the result of Mt. Pinatubo’s eruption in 1991. By now I had become a U.S. citizen, and I developed an even deeper appreciation for this country as I saw how America took care of its citizens by evacuating her military members and her non-combatant citizens out of harm’s way.

Needless to say that it was a significant emotional event in my life and my career when the Berlin Wall came down in 1992, signifying the end of the very oppressed world regime I escaped from back in 1975. I was then, and continued to be, proud to be in the ranks of those bringing liberty (that we too often take for granted) to millions of people in Eastern Europe.

I viewed my service in the military as merely protecting my way of life, my family’s way of life … the American way of life. Only after my retirement from the military did I reflect on my life, to ponder over what those Vietnam Veterans endured for my freedom. Little that these Airmen, Sailors, Marines, and Soldiers know back then, but they were not merely fighting to give the Vietnamese people freedom from communist oppression, they held the line long enough for many of us to escape to this land of opportunity.

Had it not been for the U.S. military pushing back the Viet Cong (Vietnamese communists) during the Tet Offensive in 1968 followed by successful bombing campaigns, I would have been stuck in Vietnam. Given the famine following the war, I doubt if I would be alive today.

This Memorial Day, let our family reflect on the sacrifices of the veterans of previous war eras and be mindful of how blessed we are to be part of this giving nation.

Read the entire “Message to My Sons” at Military.com.

In 1776, America’s Founding Fathers declared the intent for this new nation to be independent and free. And, to this day, whether out of commitment to the Constitution or to their duty to defend these rights from encroachment, our Armed Forces fight to preserve this nation for all that call it home.

Let us never forget the sacrifices…