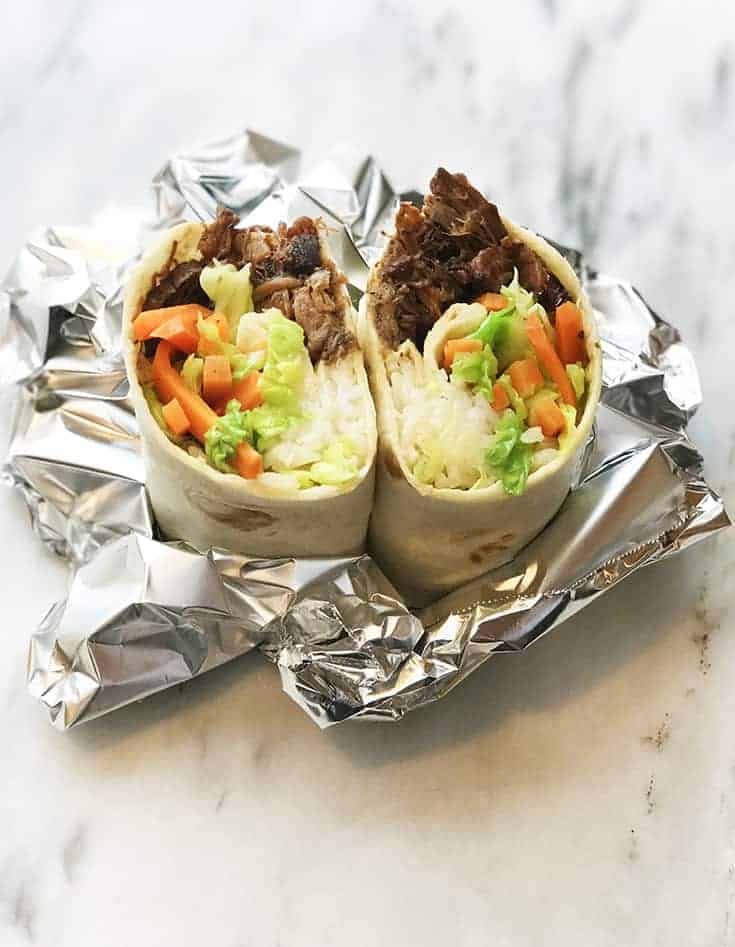 I’ve heard the stories so many times. I think I even have a photo somewhere. My father traveled extensively in Korea in the 70s, 80s, and beyond. So much so he developed a love of the country, their culture, and food. Even learning Korean phrases he likes to brings out now and again. Although his pronunciations may render entirely different meanings, his Korean friends are generous with their smiles.

My father’s first experience with bulgogi was in Seoul, Korea. His most memorable was on the beach in Pusan, now called Busan, where cooks would set up large bowls set over an open fire and make bulgogi for picnickers on the shoreline.

Later, a neighbor of mine from Seoul reintroduced bulgogi to us and soon became my son’s favorite food. Korean pancakes and kimchi and bulgogi were favorite treats. Busy with her own life and responsibilities, she still took time to often walk over treats before dinner. Forever now, Korean food will be a family favorite.

The idea for this wrap first came from Lindsey Ostrom. While there was nothing to improve on in her version, I tailored this to our taste a bit… and this is the result.

YOU MAY ALSO LIKE: Traveling the World with Street Food Recipes to Make at Home

Korean BBQ Bulgogi Wraps Made Easy in the Slow Cooker 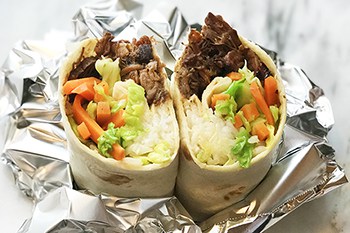 Beef: Place the beef in the bottom of a slow cooker and add crushed pears, ginger, scallion, and garlic. In a small bowl combine soy sauce, brown sugar, sesame oil, salt, and pepper. Pour over meat in the slow cooker. Cover and cook on HIGH for 3-5 hours, LOW for 6-8 hours, or until very tender.

While still in the slow cooker, shred beef with two forks, combining all of its juices and sauce.

Prep burrito fillings: cook the rice, wash the coleslaw or shred your own, and mince cilantro.

Lay a flour tortilla flat. Place the rice, meat, cilantro and coleslaw in the middle of the tortilla. Drizzle with sriracha or hot chili oil if using. Fold the sides up, then roll it up. If you’re saving or freezing for later, wrap with foil. 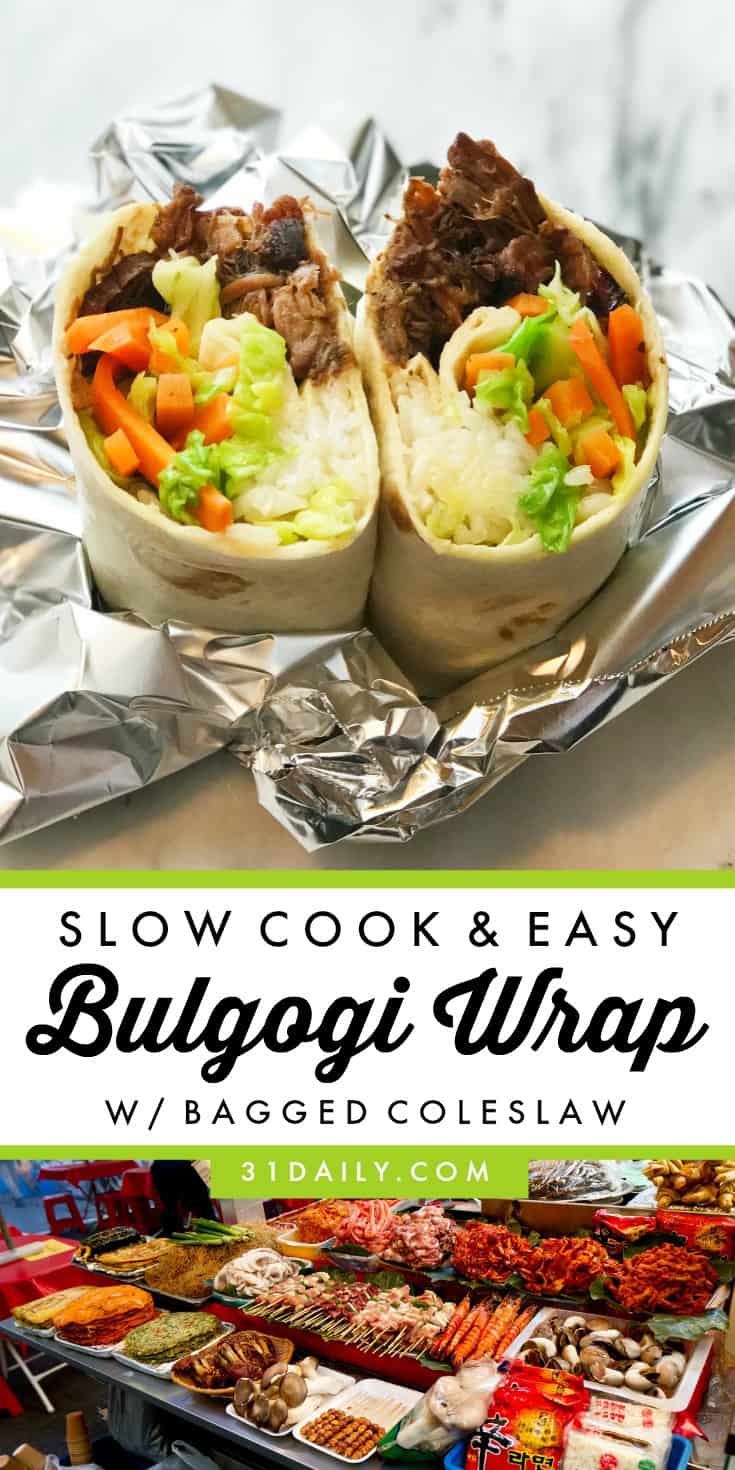