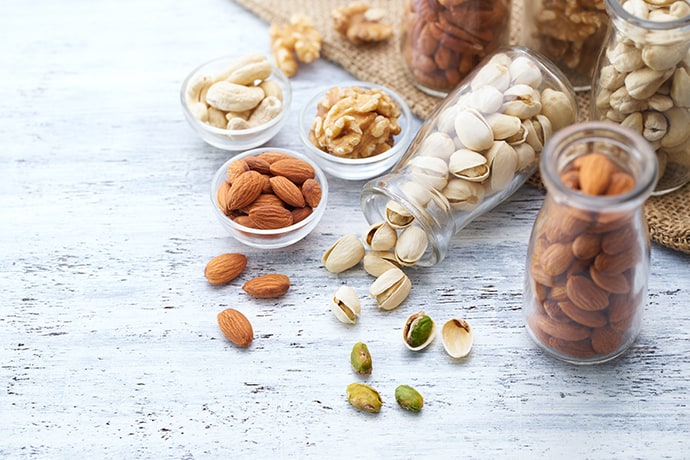 Long associated with longevity and health, nuts when added to a healthy diet, are an excellent source of key nutrients study say are important to your health. But not all nuts are the same. Here are 5 Healthy Nuts You’ll Want to Eat Daily.

RELATED: How to Get Recommended 1 Teaspoon Daily

“One simple diet change—eating more nuts—could give you a better shot at a longer, healthier life. So say an international assortment of scientists whose work was published in BMC Medicine. In a meta-analysis of 29 studies, they concluded that by eating about 1 ounce of nuts a day (28 grams, or roughly a handful), you can slash your risk of cardiovascular disease, stroke, and cancer, as well as your likelihood of death from respiratory disease, diabetes, neurodegenerative disease, infections and, well, any cause at all.” 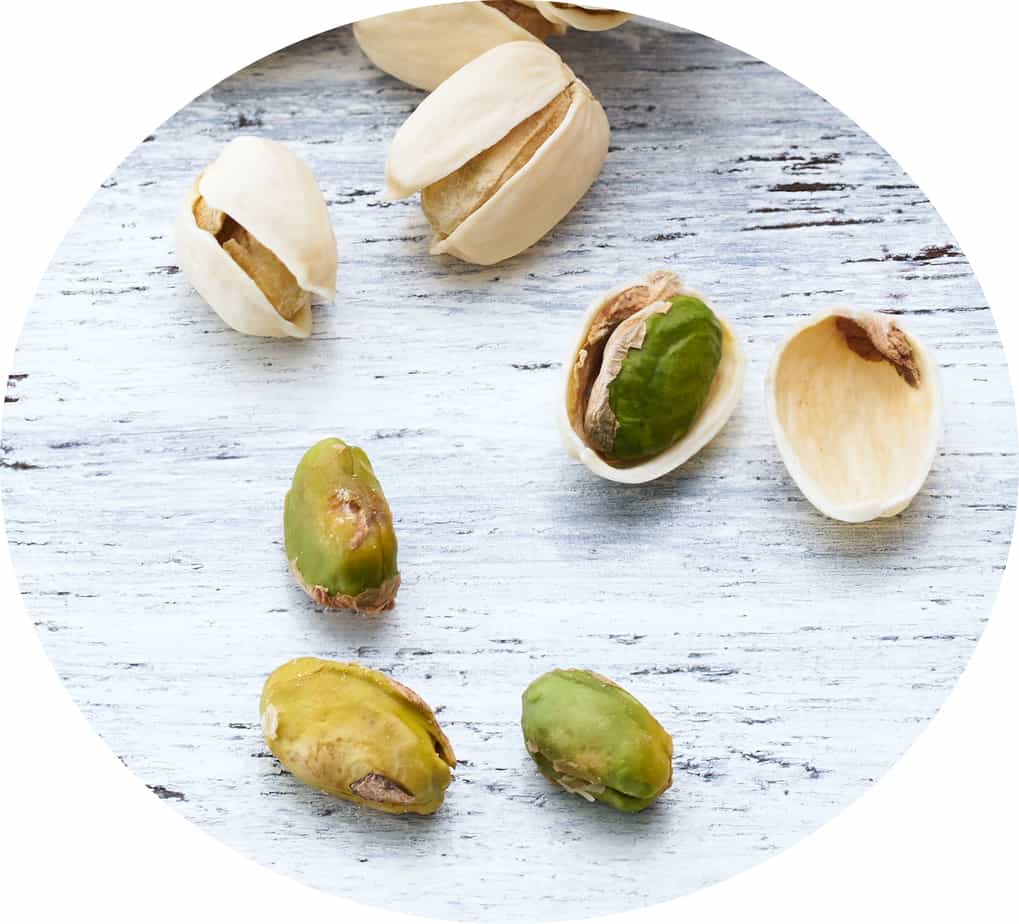 High in: vitamins B6, B1 (thiamin) and K, as well as fiber, copper and potassium.

A 2013 study found that pistachios may also help with weight control.

High in: omega-3 fatty acids, copper, and manganese (nearly half of your daily needs)

The science: Walnuts have extremely high antioxidant levels, which makes them a potent fighter against heart disease. They also contain tryptophan and melatonin, which can improve sleep.

Michael Gregor, M.D. says studies show, “Eating at least one serving of walnuts per week may drop our chances of a cardiovascular-related death by 50%.” 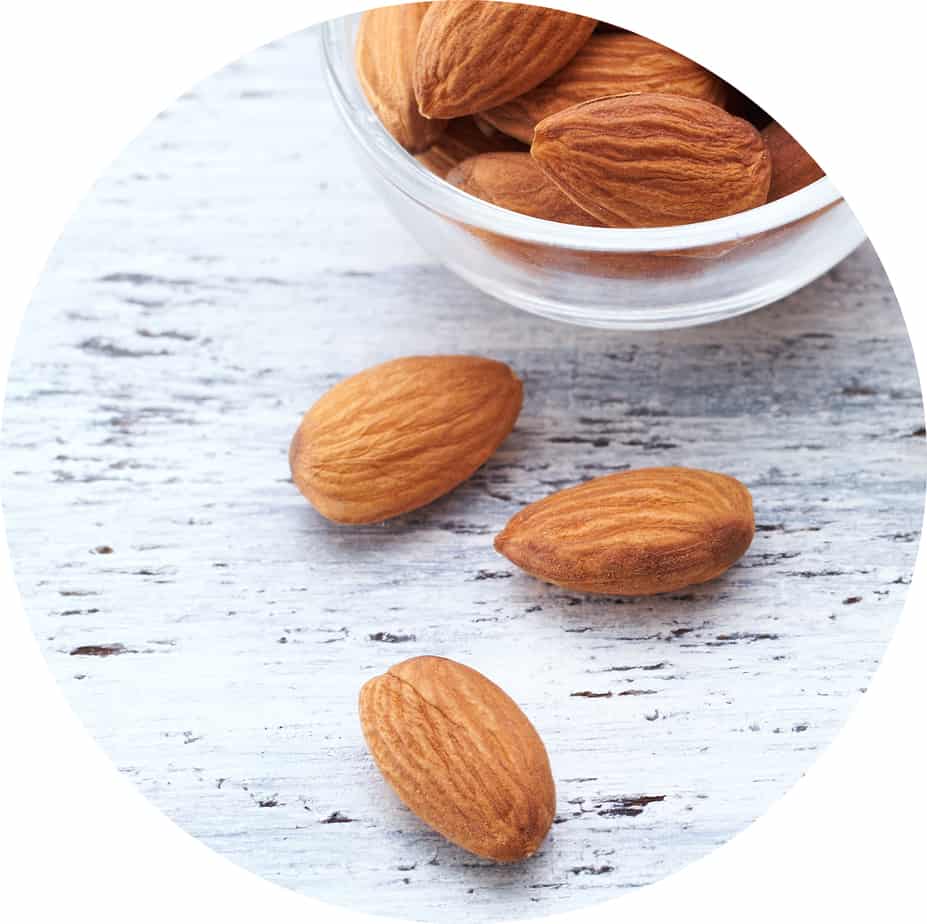 High in: fiber, vitamin E, and the B vitamin riboflavin

The science: An ounce of almonds serves up 37 percent of your daily vitamin E; research has associated higher vitamin E intake with a lower risk of Alzheimer’s disease and heart disease. Some studies indicate that almond consumption can improve diabetes markers. It also shows that almonds are the tree nut highest in 6 key nutrients.

The science: A study published in the Indian Journal of Psychiatry suggested that cashews might boost mood and alleviate depression. Probably thanks to a combination of tryptophan, magnesium, vitamin B6 and omega-3s.

Cashews are a good source of magnesium, “which plays an important role in over 300 enzymatic reactions within the body including the metabolism of food and synthesis of fatty acids and proteins. Magnesium is also involved in muscle relaxation and neuromuscular transmission and activity. Magnesium deficiency, especially prevalent in older populations, is linked to insulin resistance, metabolic syndrome, coronary heart disease and osteoporosis.”

Cashews are also one of a few food source high in copper, which contributes to bone health, collagen, and assimilation of calcium.

High in: manganese, B1 (thiamin), copper and omega-3s

The science: A study at Texas A&M University found that a pecan-rich diet raised participants’ levels of dietary fiber, thiamin, manganese, magnesium, and copper. They have also been found to reduce certain heart-disease markers.

New research shows “that after eating pecans, gamma-tocopherol levels in the body doubled and unhealthy oxidation of LDL (bad) cholesterol in the blood decreased by as much as 33 percent.” 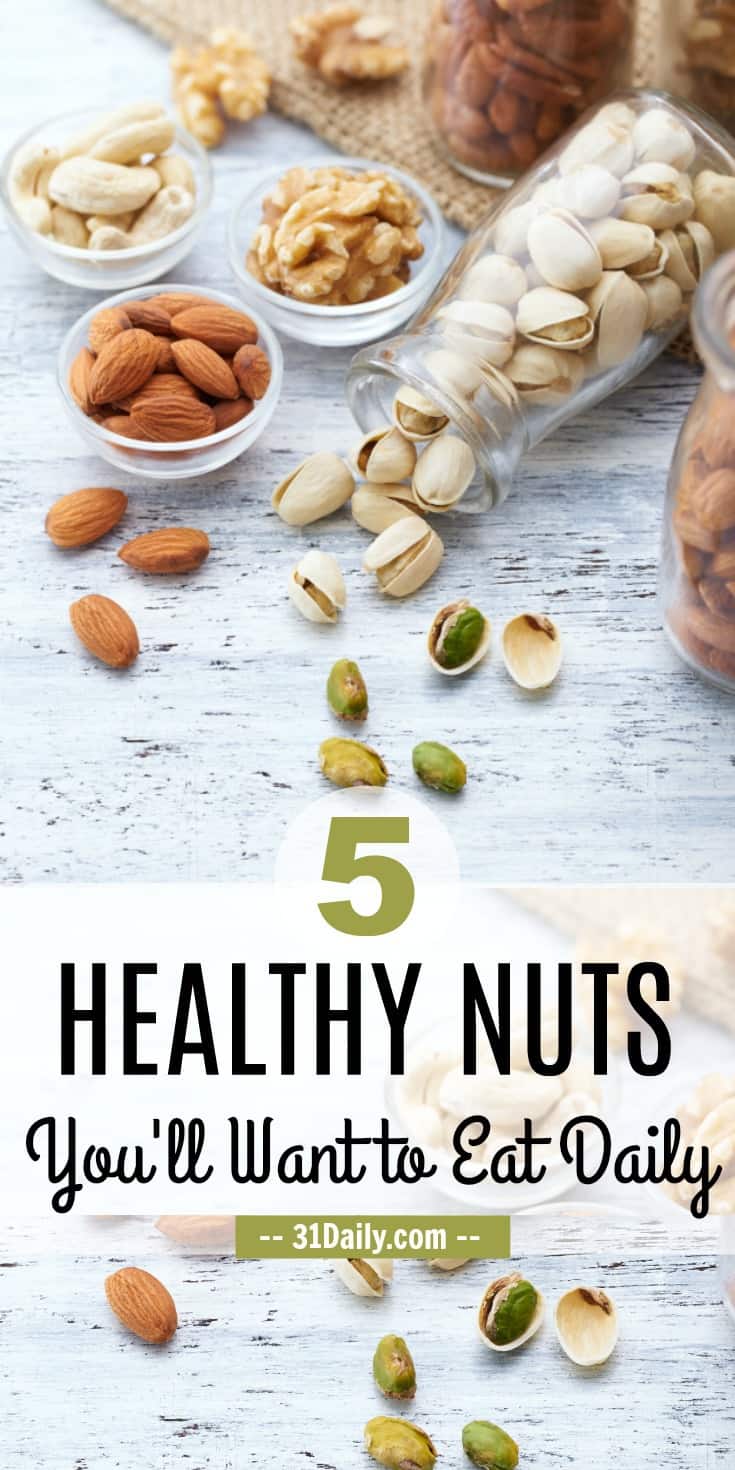