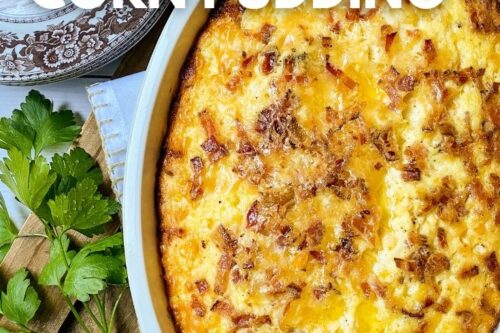 This Bacon Corn Pudding is an adaptation of a Southern favorite originating from early Native American cooking. It’s an easy side dish, perfect for Thanksgiving or the holidays. 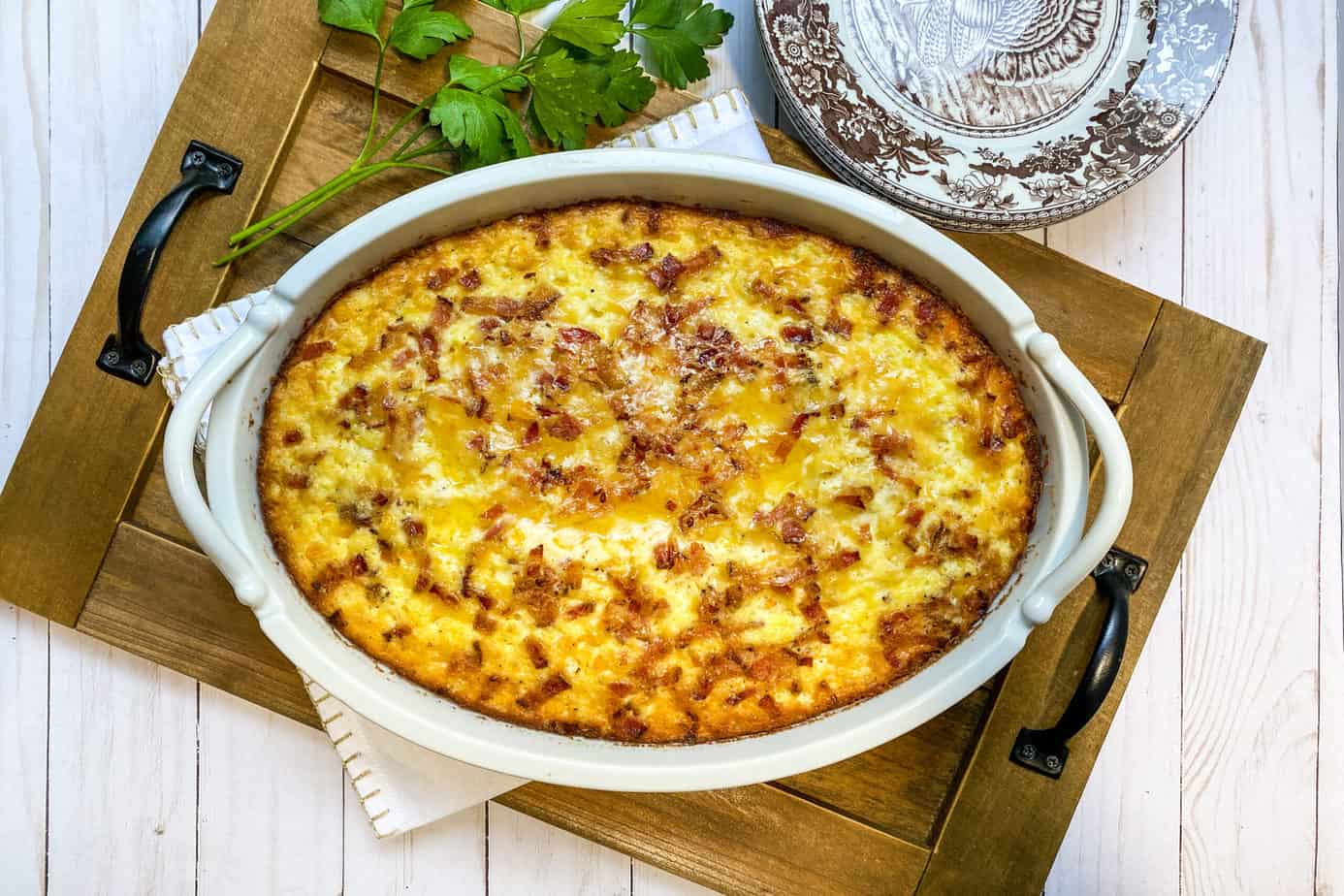 And delicious? Well, who doesn’t love bacon and corn together? The texture is delightful, and the flavor is savory with a hint of sweetness and smokey bacon too. 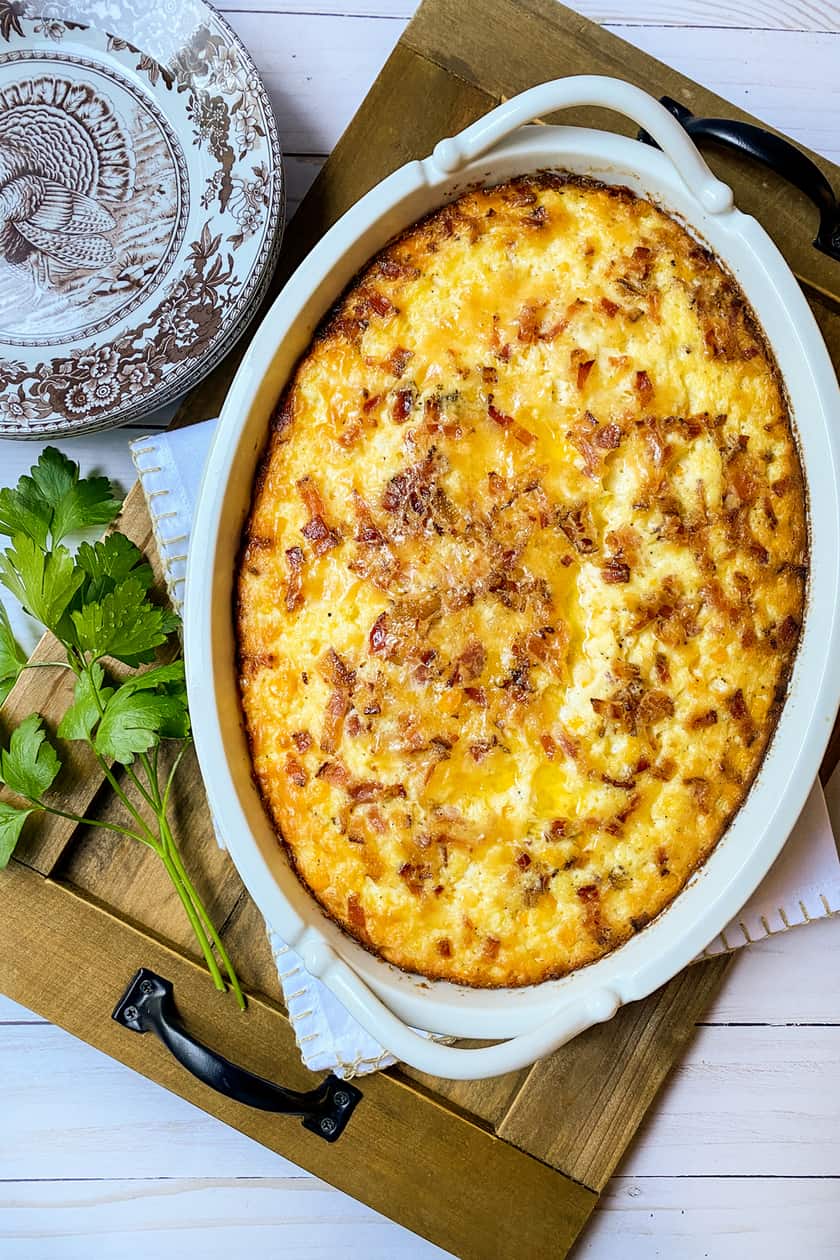 She continued to explain its evolution: “When English settlers started to embellish on the basic Indian recipe for corn pudding, they added eggs, milk, cream, and butter. The dish began to resemble the more classic European notion of a custard, which the British call pudding.” 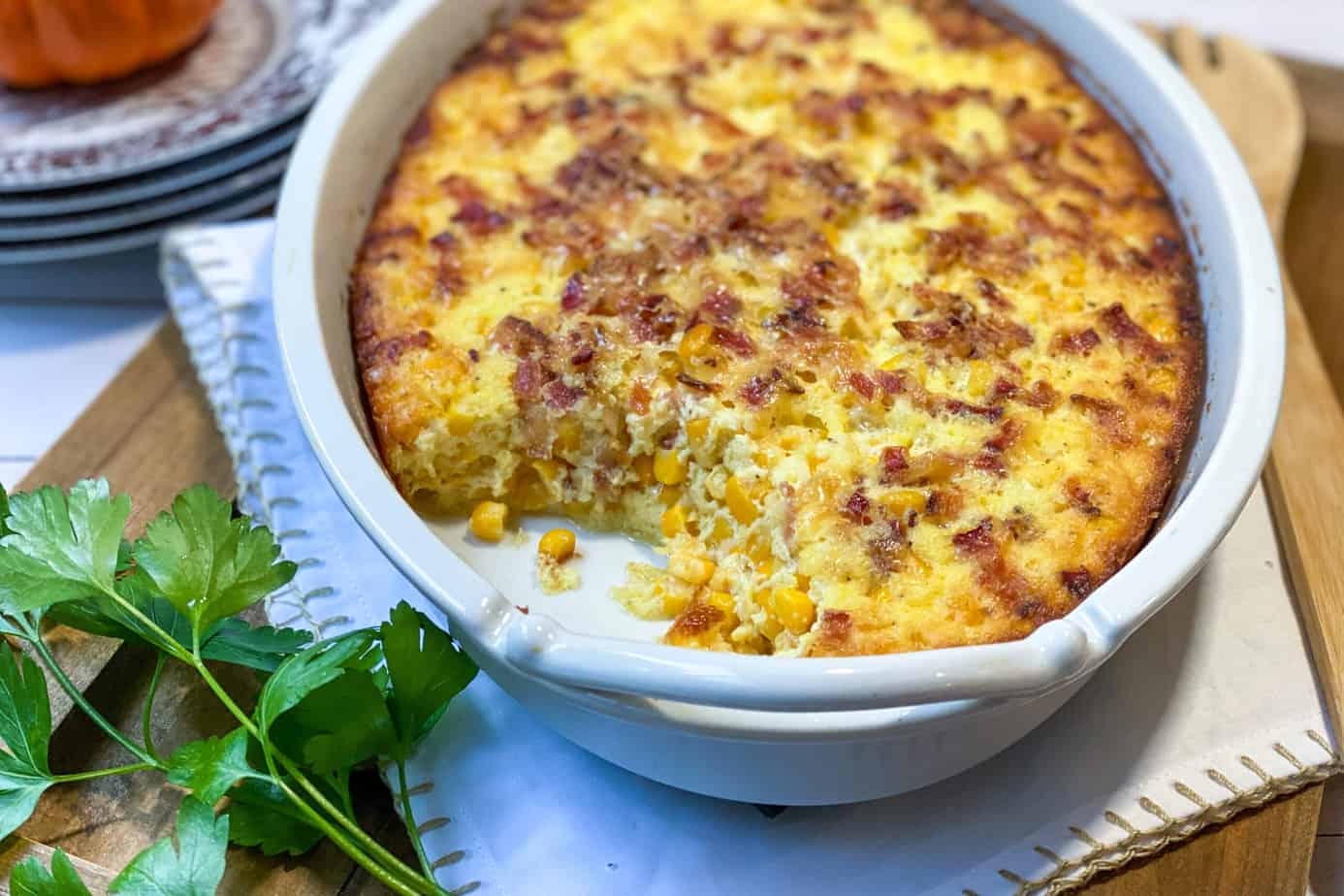 Today, corn pudding has seen a bevy of adaptations. With additions like chopped onion, goat cheese, peppers, and chilis. All of which would be delicious.

We’ve chosen to simplify those ideas and keep the recipe as close to its first adaptation as possible. Which makes it perfect for Thanksgiving or the holidays. 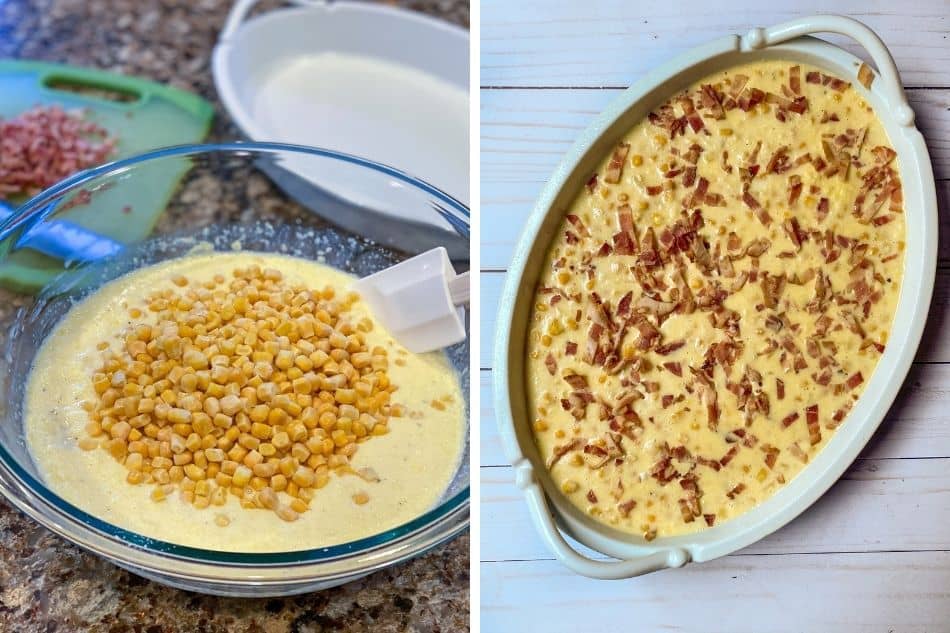 How to Make Corn Pudding

Preheat the oven to 350°F and coat a 9-by-13-inch baking dish with cooking spray and set aside.

Begin by cooking about 4 ounces of bacon until crispy. Drain and set aside. You will top the corn pudding with bacon.

In a large bowl, whisk 1 egg, cornstarch, and baking powder until smooth. Whisk in the remaining 4 eggs, milk, sour cream, melted butter, sugar, salt, and pepper. Fold in the thawed frozen corn and pour into the baking pan. Sprinkle the top with cooked, crumbled bacon.

Bake the corn pudding until puffed and golden around the edges; 45 to 55 minutes. The center will slightly jiggle. Let cool for 15 minutes before serving. 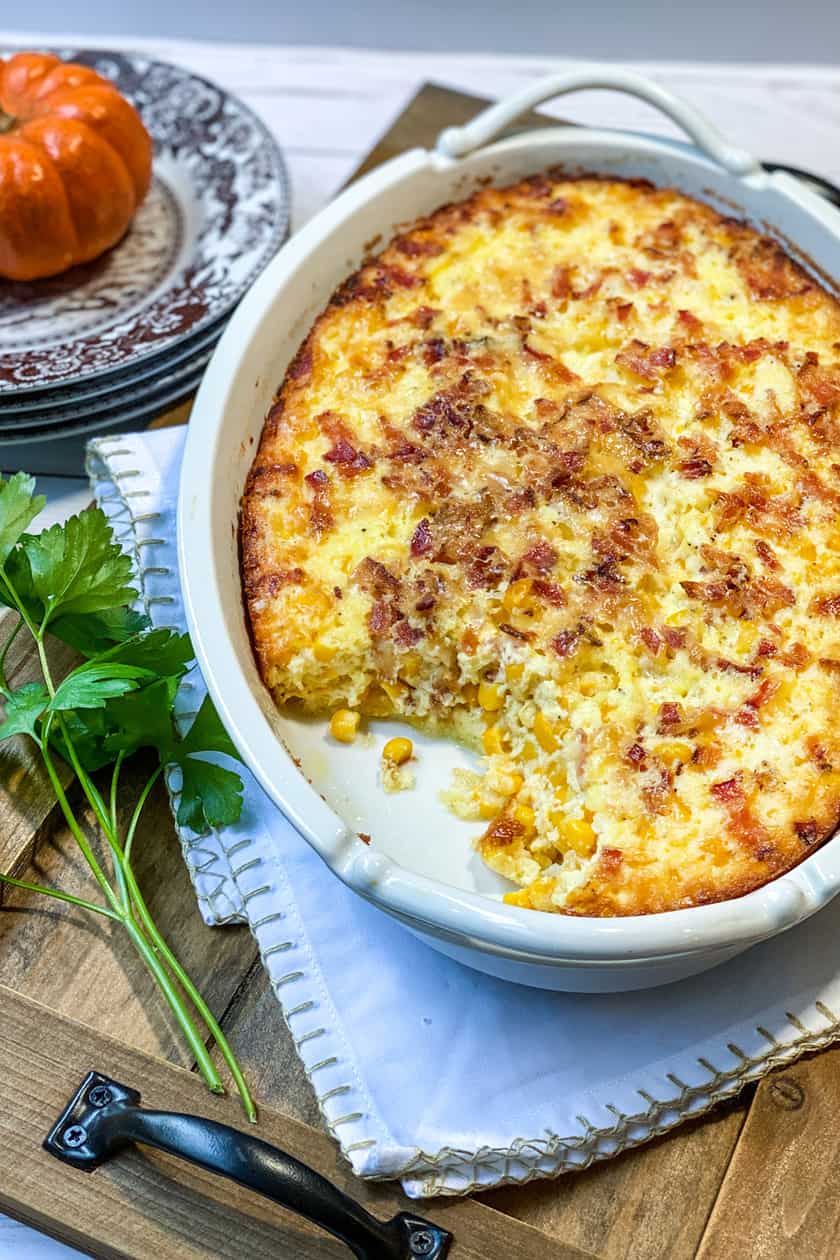