If you’re craving a taste of Ireland and Irish Pub comfort food, you will want to try this Irish Pub Skillet Dublin Coddle. Filled with the savory flavors of sausage and bacon, veggies and barley simmered in a fragrant broth. 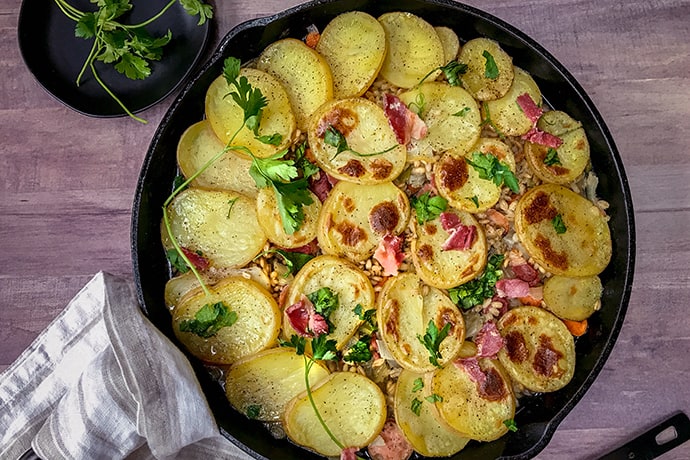 We’ve taken some creative license with this skillet. A brief departure from a traditional Dublin Coddle you can find here. 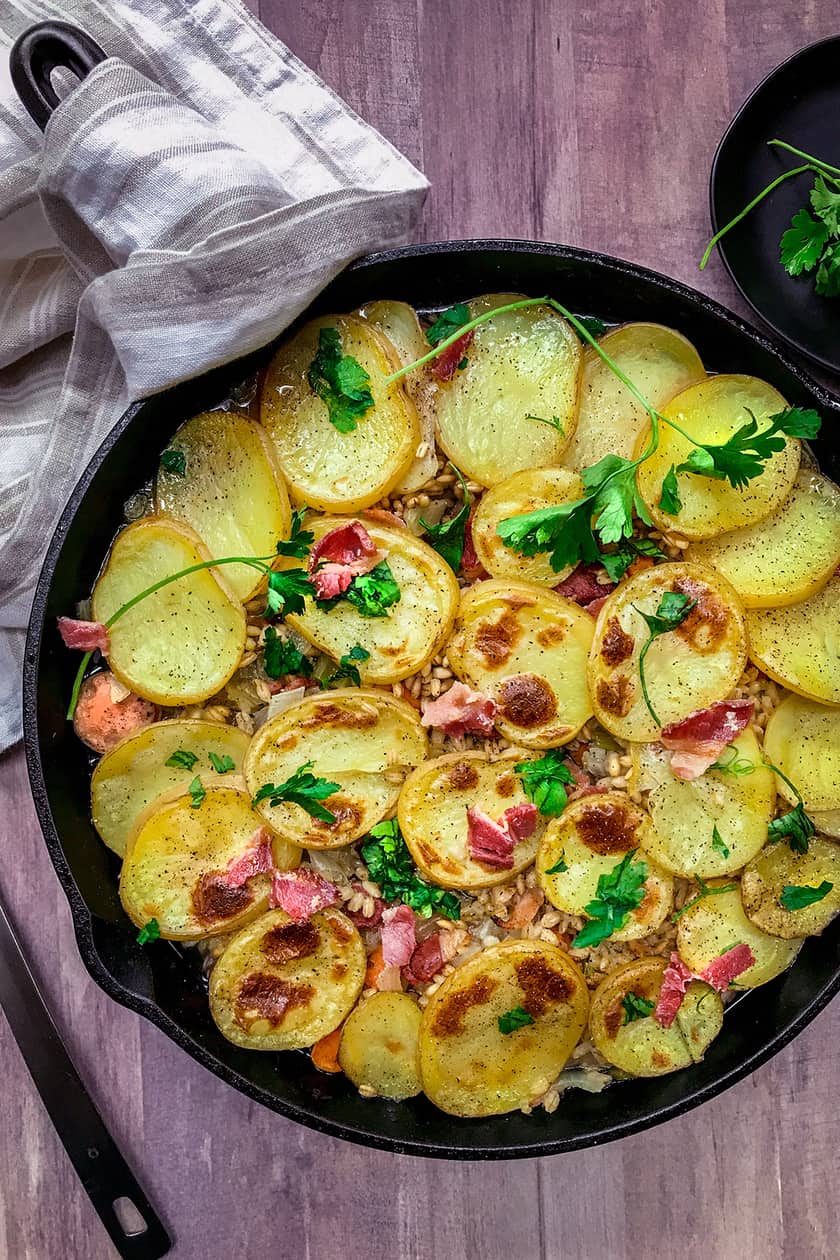 What is Dublin Coddle?

Irish Central describes a Dublin Coddle as “a warming meal of sausages and potatoes, dates back to the 1700s and is traditionally thought of as a city dish eaten in the winter months.”

Traditionally the Dublin Coddle is a classic Irish dish made with potatoes, onions, rashers (bacon) and bangers (sausages) boiled in chicken stock.

What to Serve with Dublin Coddle?

Dublin Coddle is a one-pot meal. But adding an Irish Soda Bread would make this a perfect Irish Pub meal!

This recipe is one of our favorites.

We’ve also added additional vegetables like onion, carrots, and celery along with barley and cabbage to enhance the flavor and make it a tad healthier.

For the sausages, use a good quality pork sausage. Bangers are traditional and incredibly delicious, but use what your butcher recommends. If you’re short on time, I’ve even made them with pre-cooked sausages which skips the step of browning and cooking the sausages ahead of time.

In this dish, we brown the sausages first, then slice into bite-size pieces. If you’re working with pre-cooked sausages, simply slice and add to the coddle with the broth. 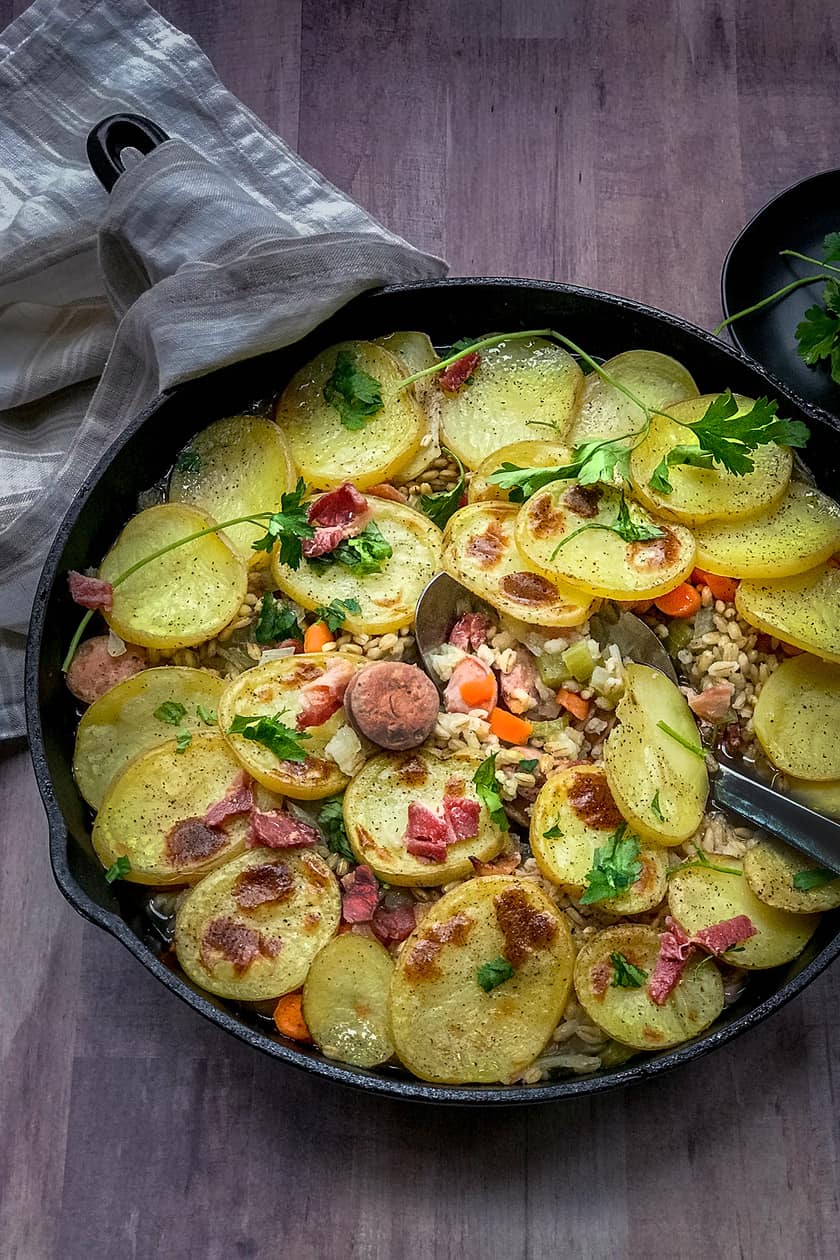 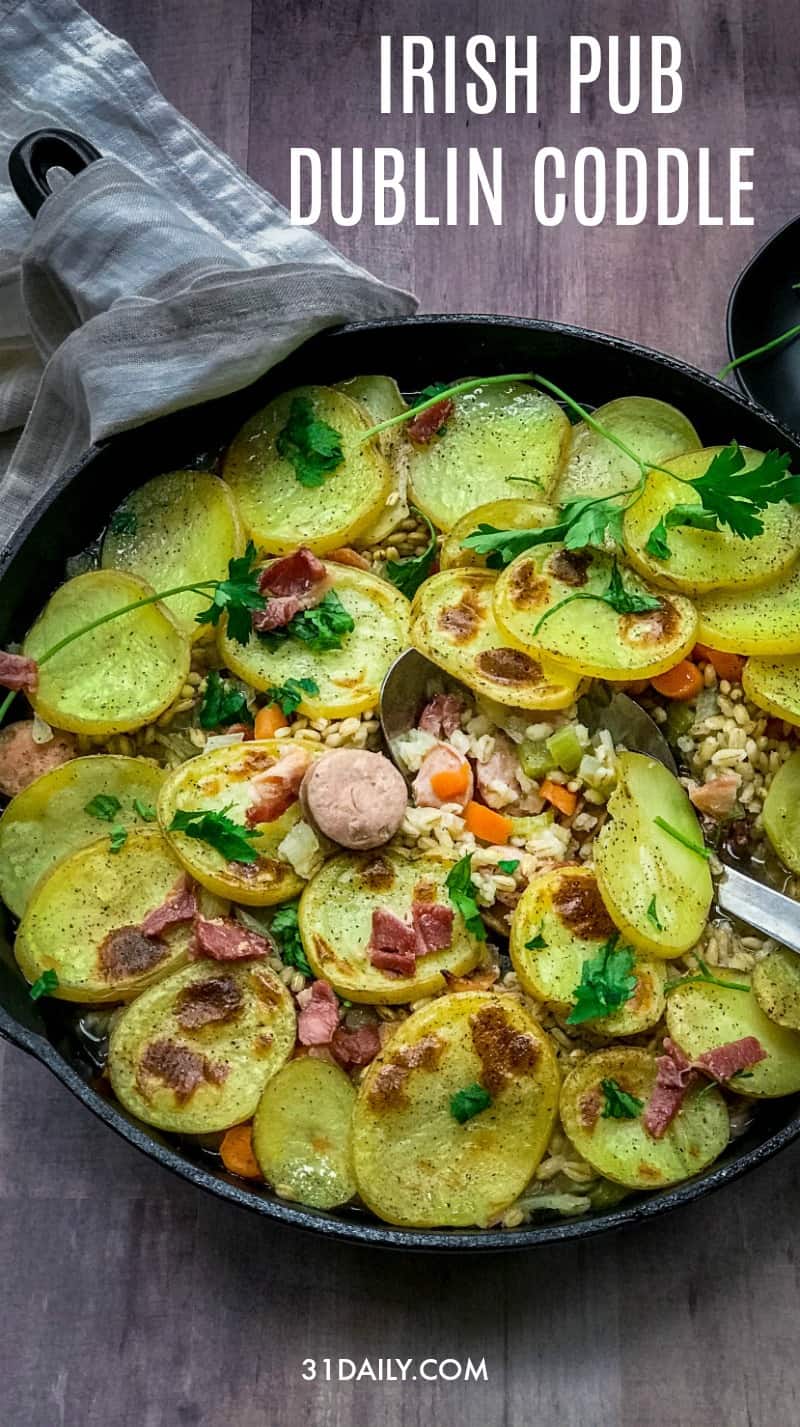