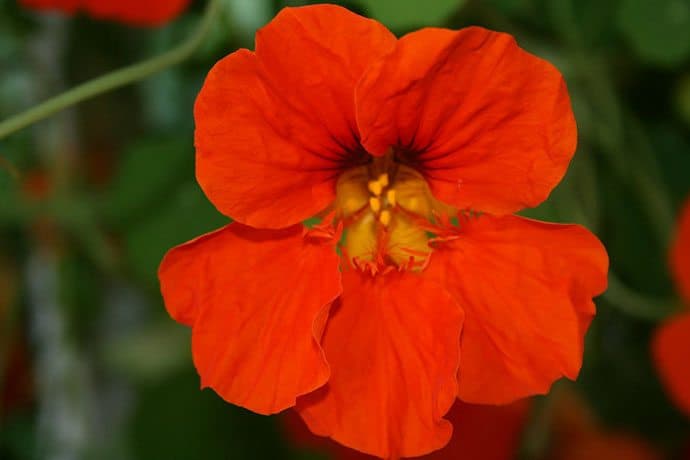 Nasturtiums, a vintage bloom that has become decidedly modern.

I discovered a new garden love this year … by accident, actually.

I have some railing containers that line the walkway to my front door. Every year, it seems, I try something new but often revert to the tried and true.

This year I happened across some nasturtium seedlings early in the spring. I planted one in each of my three containers. Just one … I thought … would make a nice accent. Little did I know.

A couple of months later, my seedlings had taken over their containers, producing large green leaves, trailing vines with spectacularly colored orange, red, and yellow flowers. A peppery, summery scent greets me every time I walk through my front door.

I am a new and dedicated fan.

The Old Farmer’s Almanac says, “Nasturtium is an easy-to-grow annual whose leaves and flowers are edible. These plants with their bright greenery and vibrant flowers are good for containers or ground covers. Their pretty fragrance also makes them a good choice for cut flowers. Nasturtiums are perfect to grow with children because they grow so easily and rapidly.”

To add to their allure, nasturtiums have many virtues; both aesthetic and medicinal as well as a fascinating history, practical garden usage, and epicurean delight.

Nasturtiums were originally discovered in South America by conquistadors who also were captivated by these brightly colored plants, bringing them back to Spain in the 1500’s. The conquistadors found that the Indians of Peru used the nasturtium leaves as a tea to treat coughs, colds and the flu, as well as menstrual and respiratory difficulties.

Nasturtiums are high in vitamin C and act as a natural antibiotic. They are used topically as a poultice for minor cuts and scratches. They were a favorite among early English herbalists and known as “Indian cress.”

Once these tantalizing plants were introduced into European gardens, they became a mainstay. Monet, like myself, discovered he was rather fond of them and planted them in the border of the pathway that led to the front door of his home in Giverny.

Later, during World War Two, dried ground nasturtium seeds were used as a substitute for black pepper, which was unattainable. Both nasturtium flowers and leaves are edible if grown organically and without chemicals. They give a peppery punch, similar to watercress, in salads and pasta dishes, and the flowers add a hint of color and flavor.

And … one more mention in their favor. Nasturtiums re-seed through their roots and can survive underground when air temperature reaches 5 degrees F. They prefer direct to slightly indirect sunlight. I must say, however, mine are prolifically growing in nearly all indirect light. I am looking forward to their return in years to come. But perhaps next year, I may find a larger and showier location in which they may showcase their glory. 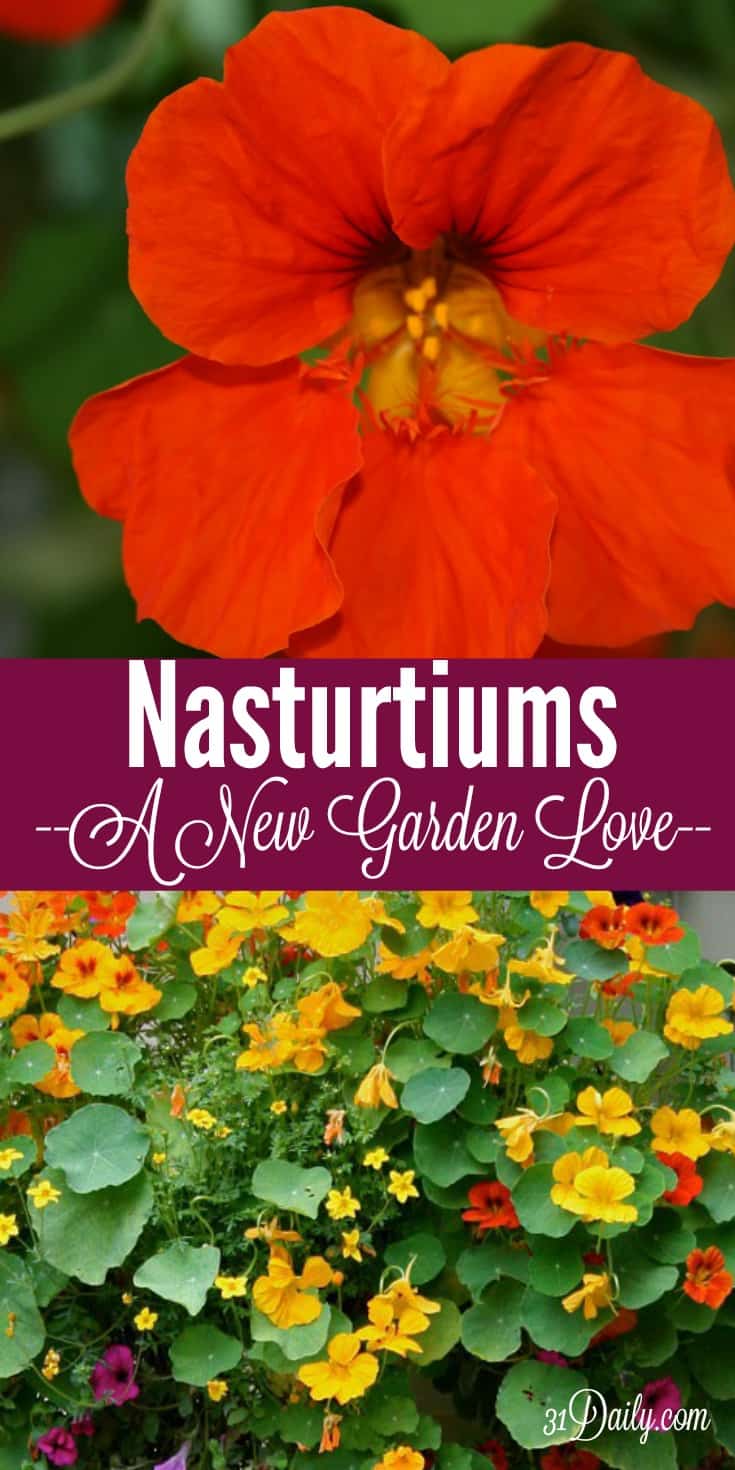