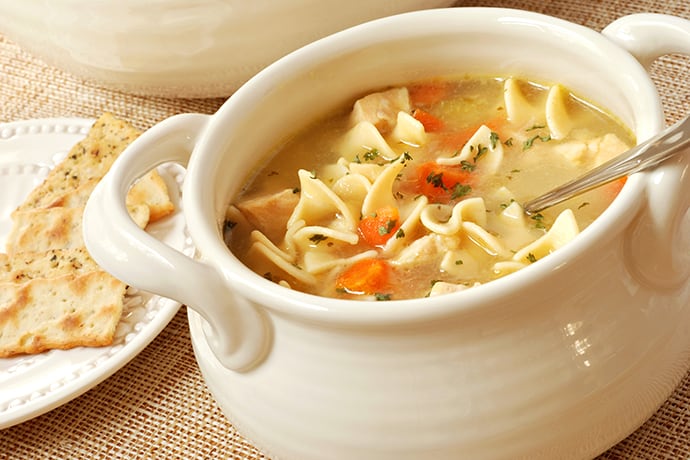 Long known for its restorative powers by mothers and grandmothers the world over, chicken noodle soup is a standby soup that simply makes the world a better place. Especially when you’re feeling a bit under the weather. This chicken noodle soup recipe adds a bit of a French twist by seasoning the delicious broth with a bit of tarragon and cayenne.

“From the restorative powers of chicken soup on a sick day to the warmth of a bowl of chowder on a wintry night, there is no food quite as comforting and emblematic of home as soup. Soup, as Janet Clarkson tells us, is the first true culinary creation of humanity, and it has made a long journey from the prehistoric cave to the kitchen table and the white linens of Michelin-starred restaurants.”

Restorative soups and French boulangeries have an intertwined history. “In 18th century France, street vendors would sell a restorative soup known as a ‘restoratif‘. Soup had for a long time been known for its healing properties. When an enterprising man named Boulanger decided to open a quiet eatery featuring soups, eggs and other restoratifs, the first restaurant was born.”

Campbell’s Soup says, “In 1786, the first luxury restaurant opened in Paris. This led to a trend of Gastronomique cooking styles that in turn defined the types of soups we know today. Clear soups were classed as bouillons and consommés, while thicker soups became purees, bisques and veloutés. It was during the 18th century that soups really started to diversify and become little bowls of creativity.”

Melt the butter in a soup pot over medium heat. Once the butter is melted, add chopped onion, carrots, and celery. Saute until the vegetables are tender. Add the minced garlic and continue to saute another 30 seconds or so.

Add the chicken stock, water, tarragon (if using dried), salt, pepper, and cayenne. Bring to a boil and add the noodles. Reduce heat to a simmer and continue cooking until the noodles are soft, about 8 minutes. Add the cooked chicken and continue to simmer until the chicken is heated through.

If using fresh tarragon, add it during the last minute of cooking. 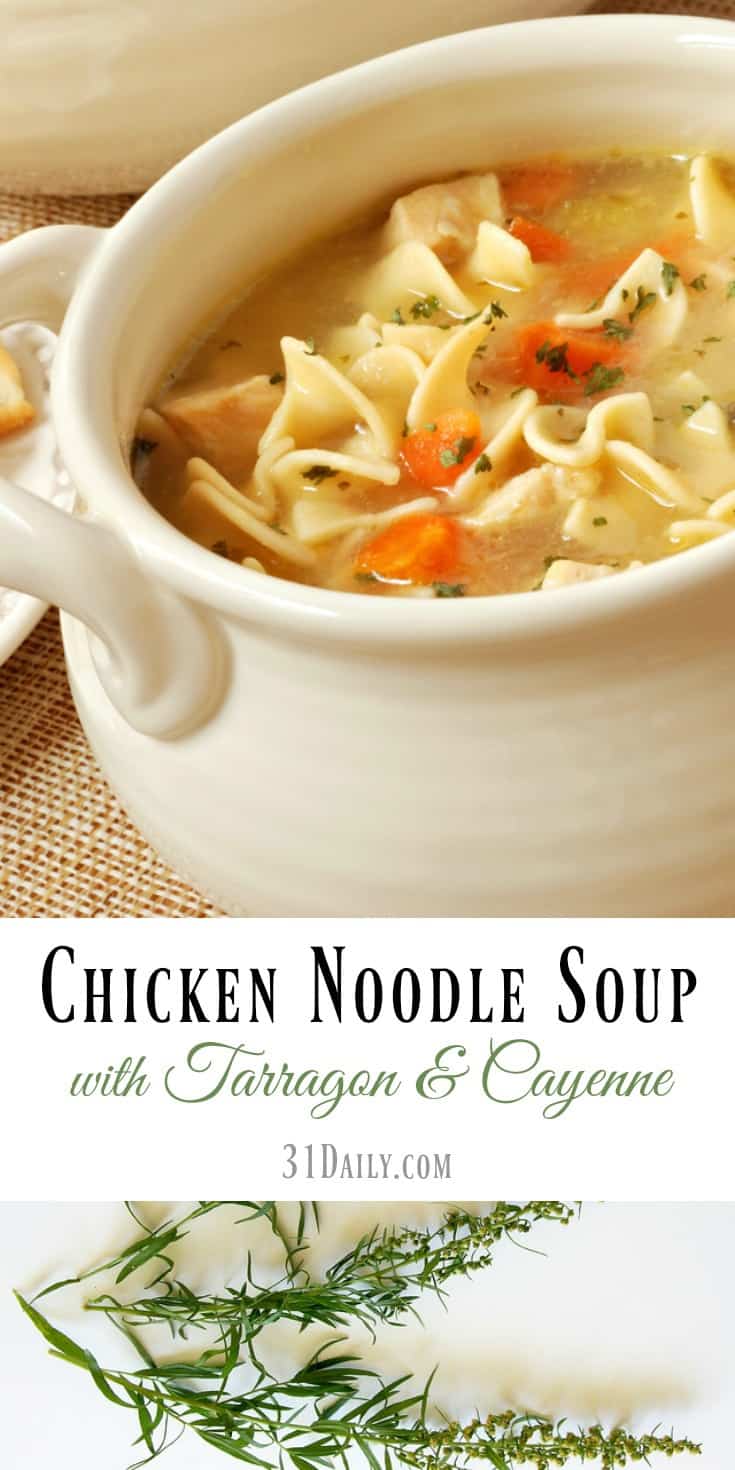