Skip to content
You are here
Home > RECIPES > Charred Broccoli Salad with Farro, Chickpeas and Almonds 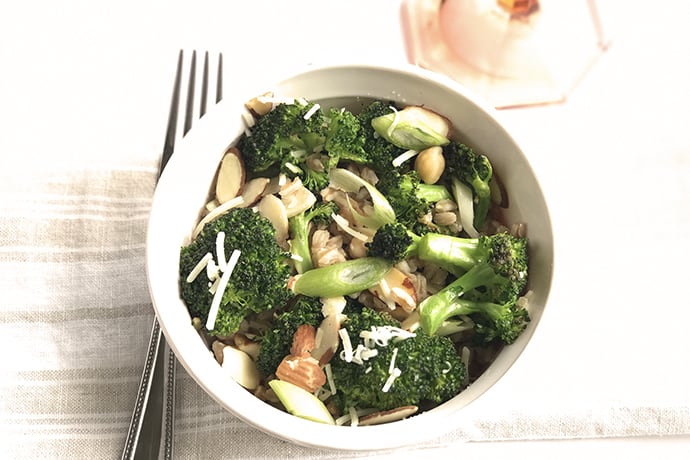 A salad with plenty of texture and flavor, one of my new salad loves is this healthy Charred Broccoli Salad with Farro, Chickpeas, and Almonds. We all know the tune Julie Andrews made famous, “My Favorite Things.” This salad is that for me… food speaking, of course.

Farro has become a trendy food, but its history is anything but new. It’s ancient, as a matter of fact.

Huffington Post says Farro was, “first domesticated 10,000 years ago in the Fertile Crescent, has been found in Egyptian tombs, and is believed to have sustained the Roman legions. Today, farro grows in the central and northern Italian regions including Lazio, Umbria, and Tuscany. Historically, these were impoverished areas, and the longevity of its people is sometimes attributed to farro.”

Prized for its healthy benefits, farro has been found in Egyptian tombs and believed to sustain many in the Roman Empire.

Similar to barley and spelt, farro is its own unique grain, loved for its nutty flavor and chewy texture. While it is delicious on its own, farro is most often added to stews, salads, and soups.

Farro adds a healthy dose of zinc, magnesium and B vitamins like vitamin B3 (niacin). 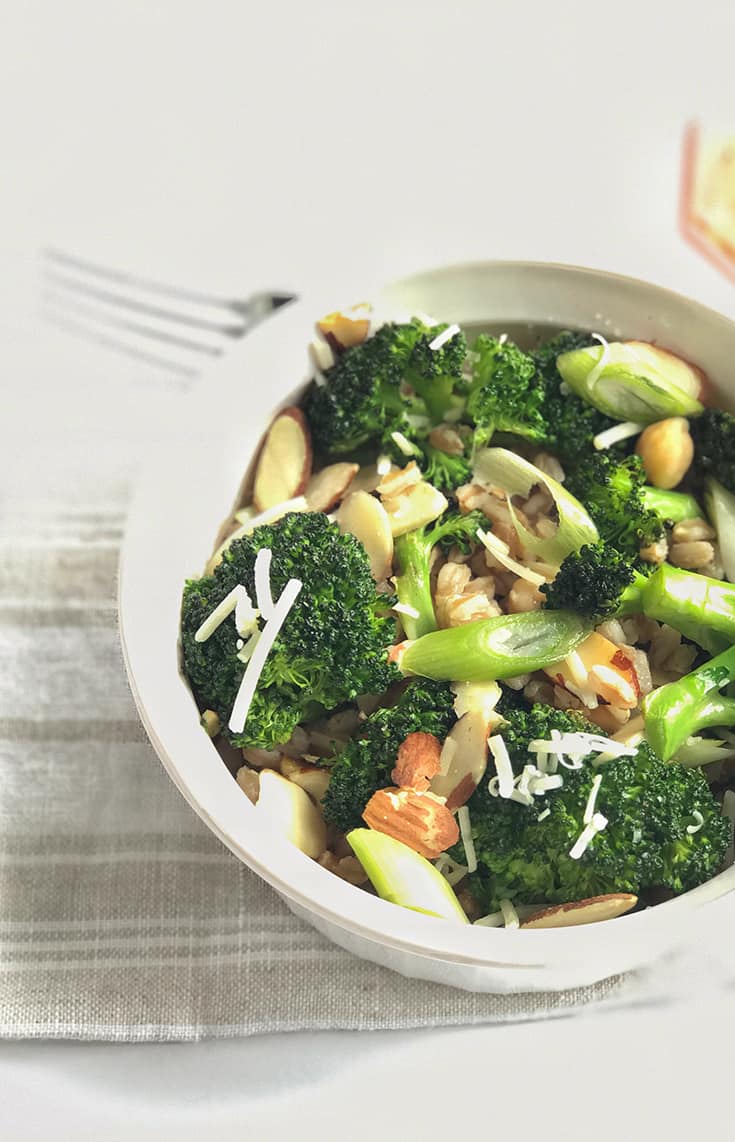 A salad with plenty of texture and flavor, one of my new salads loves is this healthy Charred Broccoli Salad with Farro, Chickpeas, and Almonds.

Cook farro, according to package directions using chicken or vegetable stock plus 1/2 cup water, more if called for, and cool slightly.

Meanwhile, in a dry non-stick skillet, add sliced almonds and toast for a few minutes until they begin to brown. Remove from skillet. Add olive oil and sliced garlic to the skillet. Sautee until garlic is brown, remove from skillet and discard. Add broccoli florets and pan sear until the broccoli turns bright green and is brown in spots. Salt and pepper to taste.

Whisk together ingredients for Balsamic Vinaigrette.

Add all ingredients into a serving bowl, toss with balsamic vinaigrette. Salt and pepper to taste. 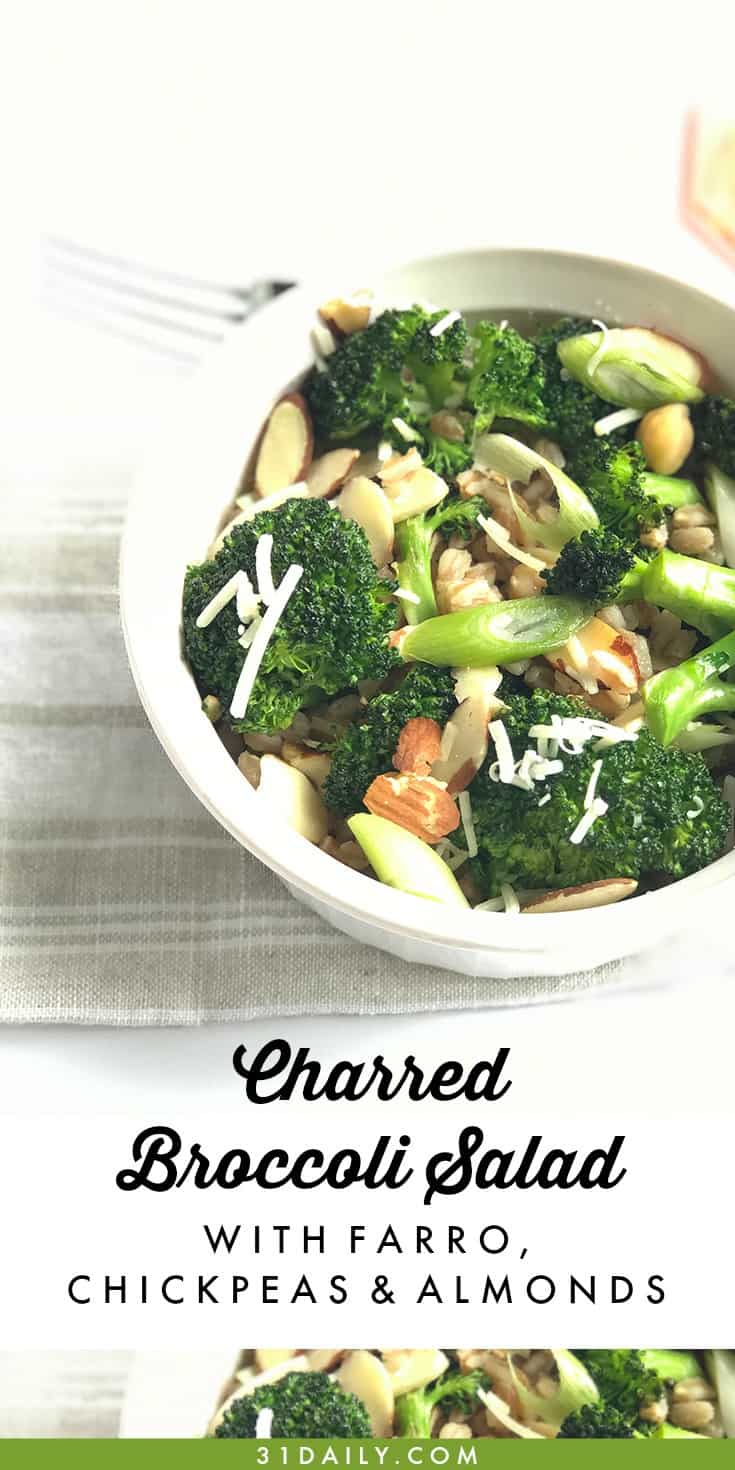