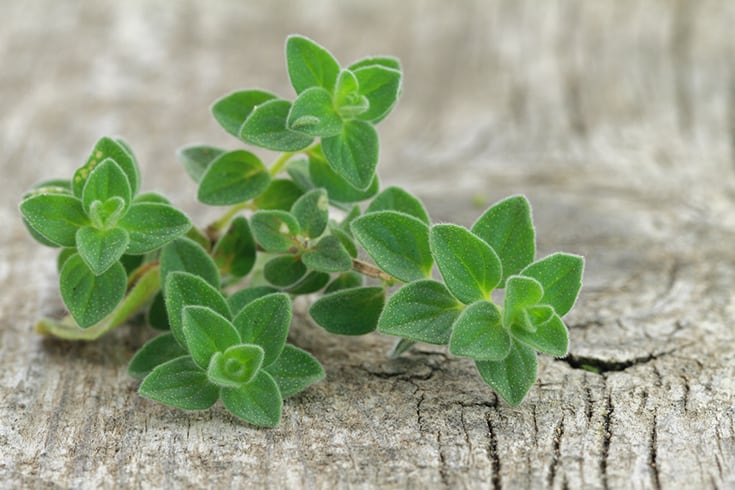 You know what’s great? When you look at a list of super healthy high antioxidant foods and find that at least 2 of them seem like guilty pleasures! Our friends at The Chalkboard are are educating us on some “extra” powerful spices to add to your daily foods. And your antioxidant intake, while you’re at it.

When it comes to wellness buzzwords, “antioxidant” is top of the list. It has us stashing goji in our desks for daily snacking and tossing back blueberries like no one’s business. While filling up on high antioxidant foods like these is definitely important, it’s not necessarily the most efficient solution: According to science (spelled out in this article by former TCM Guest Editor, Dr. Axe), a sprinkle of spice here and there can provide a dose that’s 30 times more potent than the foods known for their high level of antioxidants! 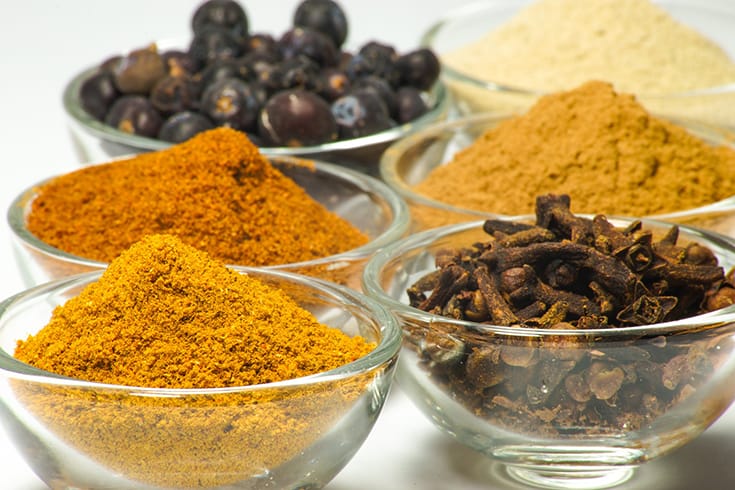 Why should I care about antioxidants? The answer is because the more high antioxidant foods and products we welcome into our lives, the more able our bodies are able to stop of delay the damaging of cells.

Oxidants — the opposite of antioxidants – are free radicals naturally produced by our bodies to help fight viruses and other health-inhibiting invaders. They also occur in our environment via air pollution, smoke, alcohol, etc., which can cause an unhealthy buildup in our systems. Oxidant overload can lead to accelerated aging, weakened immunity and cellular damage linked to disease, among other major health hurdles down down the line. On the logical flip-side, inviting more antioxidants into our bodies directly combats these averse effects.

Research suggests that when it comes to longevity and overall health, some of the benefits of consuming antioxidant foods, herbs, teas and supplements include:

The following edible items sit at the top of the list of high antioxidant foods. ORAC scores stands for Oxygen Radical Absorbance Capacity:

According to the same system of rating, these superfood spices contain a concentration of antioxidants that blow berries out of the water — pay attention to the numbers!

YOU MAY ALSO LIKE: How to Get Recommended 1 Teaspoon Daily

What does it all mean? The antioxidant powerhouses aren’t the ones most people think of. It also means that making little tweaks to the foods we already eat can impact our health in a major way. A daily dose of all-the-kale-you-can-eat will help undo some damaging influence of free radicals, but a casual dash of cinnamon across your fave breakfast bowl will do so much more.

So spike your coffee with cloves, toss turmeric into every roasted veggie endeavor, add cinnamon and cocoa to your morning smoothie. Go nuts! Getting more high antioxidant foods is the easiest thing ever. 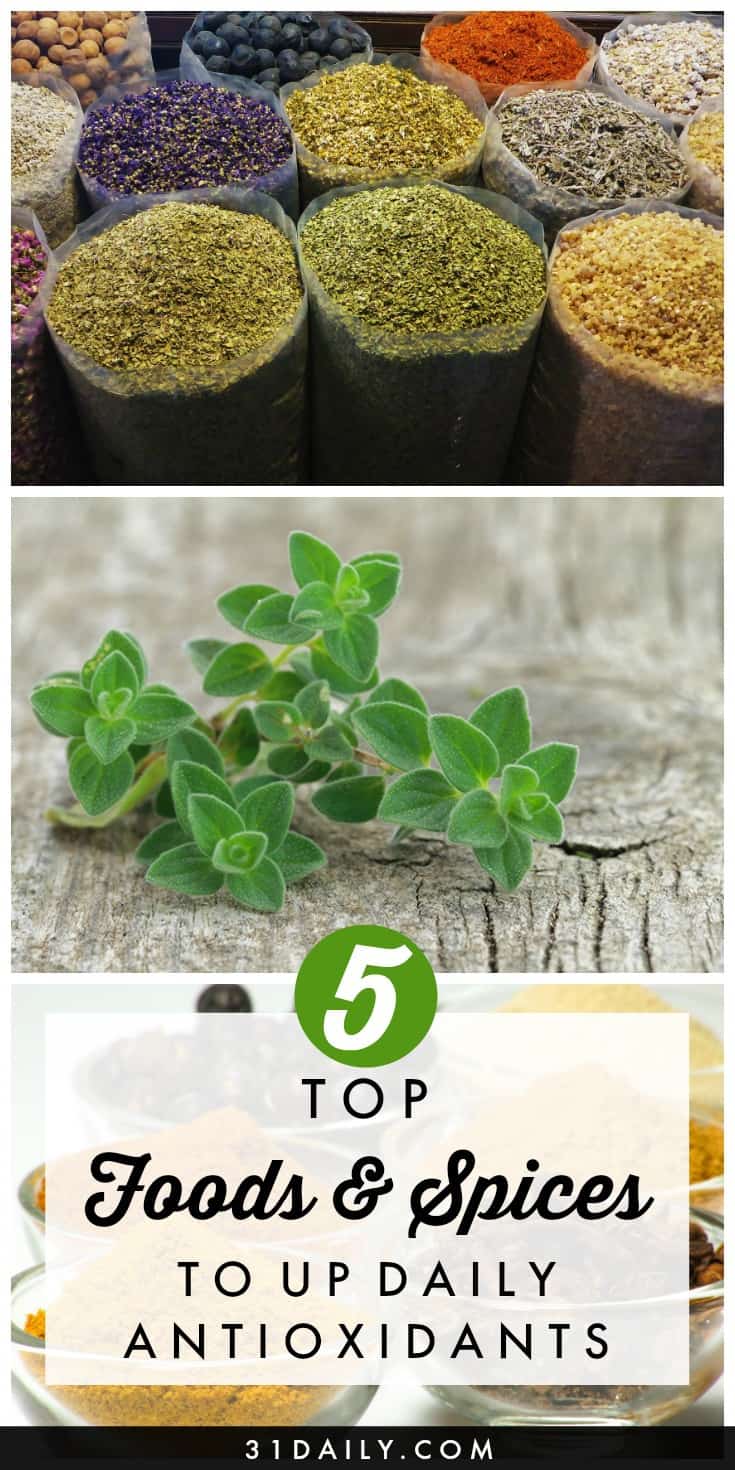