Blue ribbons, since the early 20th century, have been a hallmark of achievement, a badge of excellence, a stamp of superiority.

And state fairs, since 1841, have brought to American communities a venue in which to excel. A place where what you grow, raise or create in your kitchen… matters.

The nation’s first state fair is held in Syracuse, New York. on September 29 & 30th. There an assembled 10,000-15,000 people heard speeches by notables and viewed animal exhibits, a plowing contest, and samples of manufactured goods for the farm and home.

“The berry pie entries, laid out in aluminum tins on the red tablecloths as they waited for the judges’ knife, encompassed all levels of skill and expectations. There was a pie with a lingerielike, barely there top crust shaped like cut-out leaves, and a few pies that had bubbled over through broken sides. There were huckleberry pies and blueberry pies, a pie made with frozen strawberries from Trader Joe’s and a pie made with miniature wild blackberries picked on four foraging trips to groves of recently cut old-growth trees near Eatonville.” (Seattle PI)

“The 2016 fair registered 860 entries in baking, cooking, preserving and cake-decorating competitions, with more than $10,500 in prizes being awarded to the winners…  Judy Sandman, 72, a mother of seven and grandmother of 12, has not bought a loaf of bread in more than 40 years. She typically takes home a blue ribbon for her bread.”

It wouldn’t be summer without at least one home-baked pie. And these are “blue-ribbon” pies. Tried and tested by some of the best judges in the country.

Which one will you make this summer?

Shelby McCreedy’s grandmother told her the simple secret to pie baking. “Don’t get fancy,” she would say. “It doesn’t have to be pretty to taste good. When you make something, you eat it whether it comes out the way it was supposed to or not!”

That’s great advice, but McCreedy made sure her recipe for Grandma’s Dutch Apple Pie was both delicious and attractive. McCreedy was one of three prize winners in Living the Country Life magazine’s recipe contest at the Iowa State Fair.

When Kaye Postma of Rhodes, Iowa, asked her 89-year-old father what he wanted for his birthday, he said, “A rare steak, wilted lettuce, and gooseberry pie.” The pie she made him turned out to be one of three prize winners in Living the Country Life magazine’s recipe contest at the Iowa State Fair.

This pretty, patriotic pie is perfect for your Fourth of July, Memorial Day, or Labor Day picnic, but it’s so delicious, you’ll want to make it more often than that! 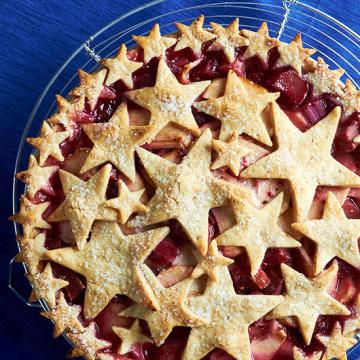 Give Sheila Bethia of West Allis a category, and she develops a blue-ribbon recipe for it. She’s been doing it since 1977 with entries like these tiny tarts that mix cranberries and orange peel into her best pecan tassie recipe. Butter and cream cheese make the crust rich. 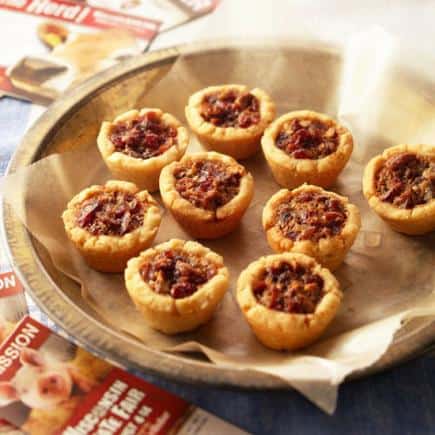 Faye Hunton of Sedalia was hooked on competition for life after winning top honors for a black walnut cake at the 1987 fair. In 2011, Faye, who teaches pie-making at the local community college, earned a blue for her double-crust pie with big flavor from plumped apples, apricots and cherries. She also demonstrated pies and pastry alongside her state’s first lady, Georganne Wheeler Nixon. 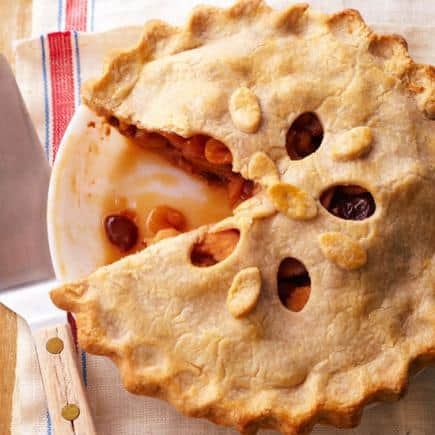 Louise Piper hauls her entries more than 100 miles from her kitchen in Garner to the fair. “Butterscotch pie is my favorite, and this is a lovely true butterscotch,” she says. The trick to the filling in this winner? Stirring and stirring while it cooks. A flaky crust and whipped cream sandwich it.

This deep-dish blueberry pie celebrates the summer harvest of one of America’s favorite berries. 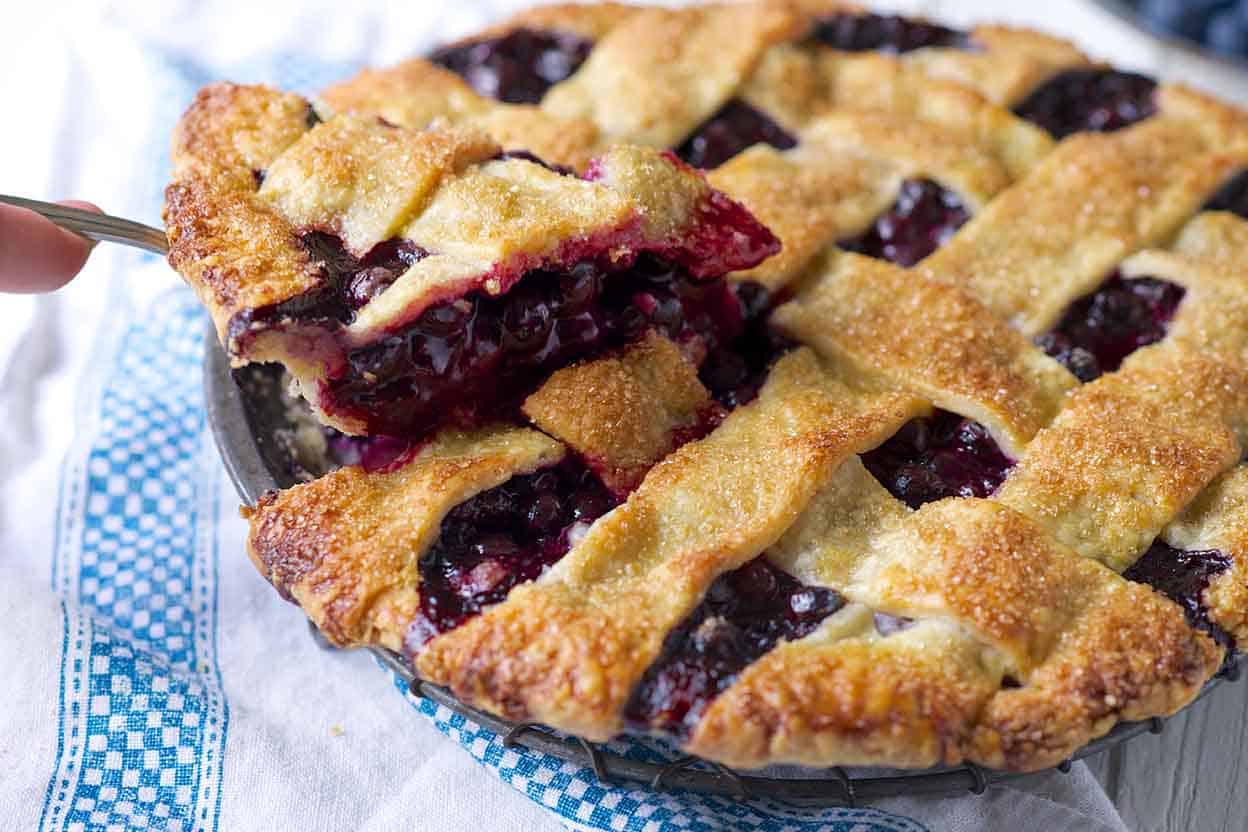 While Arkansas is known for its Little Rock, there certainly is nothing small about the annual state fair. Competitors flock to flaunt their skills in everything from flower arrangements to needle work. But what blows everyone away are the amazing dishes that come out of the fair, and this blue-ribbon-winning recipe is no exception.

Christie Burns’ Salted Caramel-Chocolate-Peanut Butter Pie stole the show at the Arkansas State Fair’s Pillsbury Pie Crust Pie Baking Championship. This dessert artfully blends the sweet, creamy taste of peanut butter with the savory flavor of salted caramel, and it melts in your mouth. Plus, it’s easy to make! 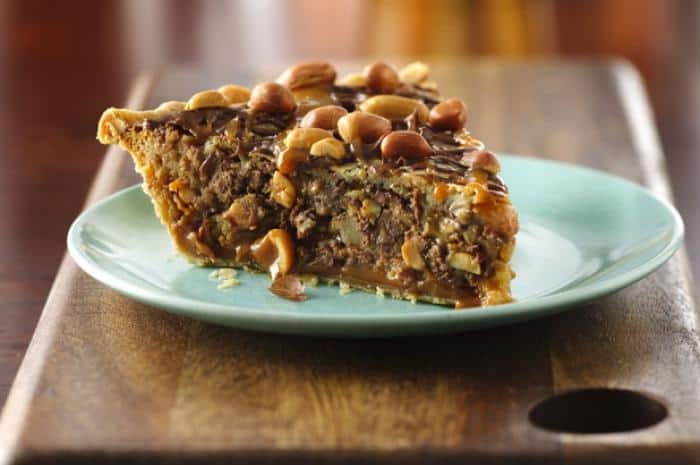 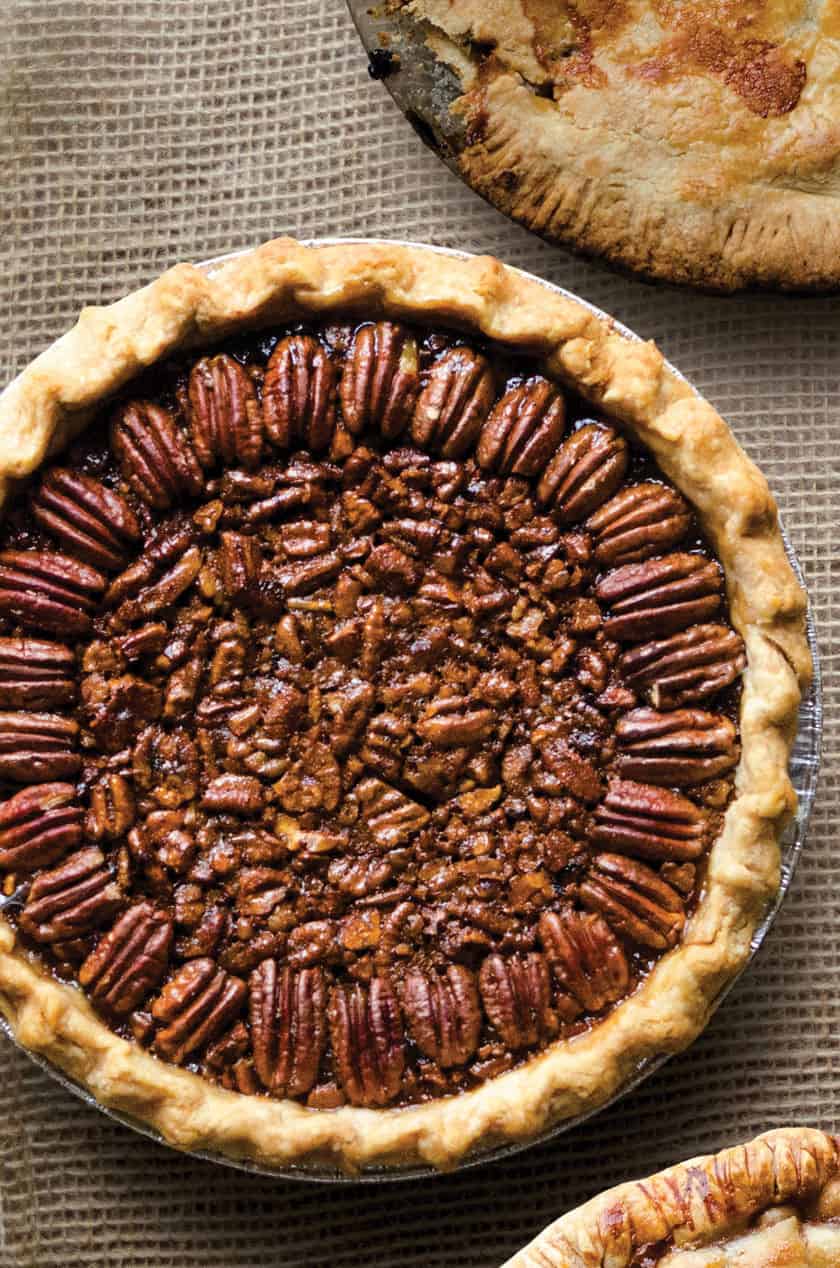 Sometimes you want a simple and delicious dessert. Chess pies are classic and easy to make. This citrus sweet treat is a crowd-pleasing winner. It won “Best of Show” at the 2015 State Fair of Texas. Lisa Arnold took home top honors with it. 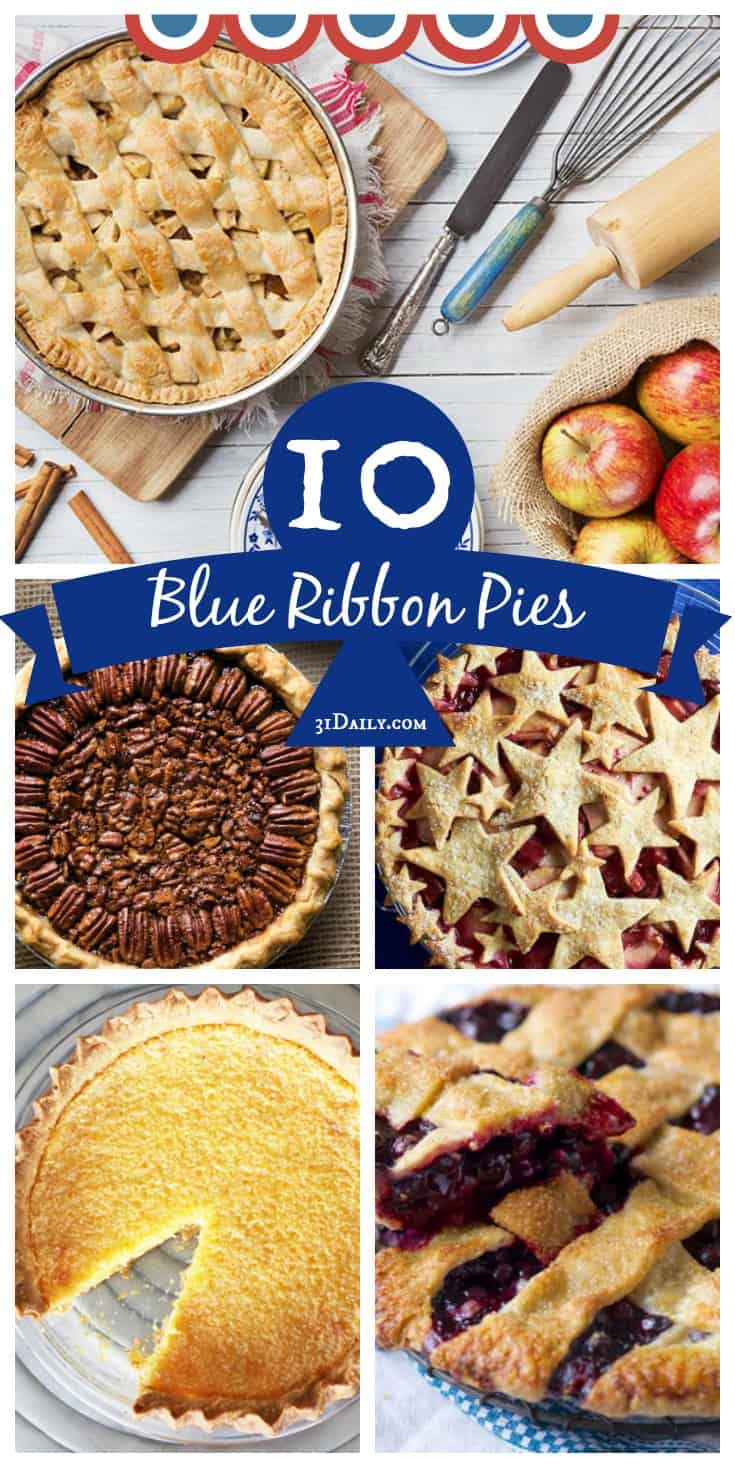