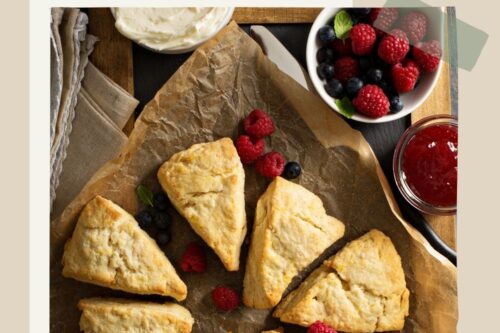 State Fair Scones: A hallmark of summer, with riotous sounds, merry-go-rounds, livestock exhibits… and amazing food. Among the best of the best is state fair scones.

And this Fisher State Fair Scones recipe is authentic, delicious, and memorable. 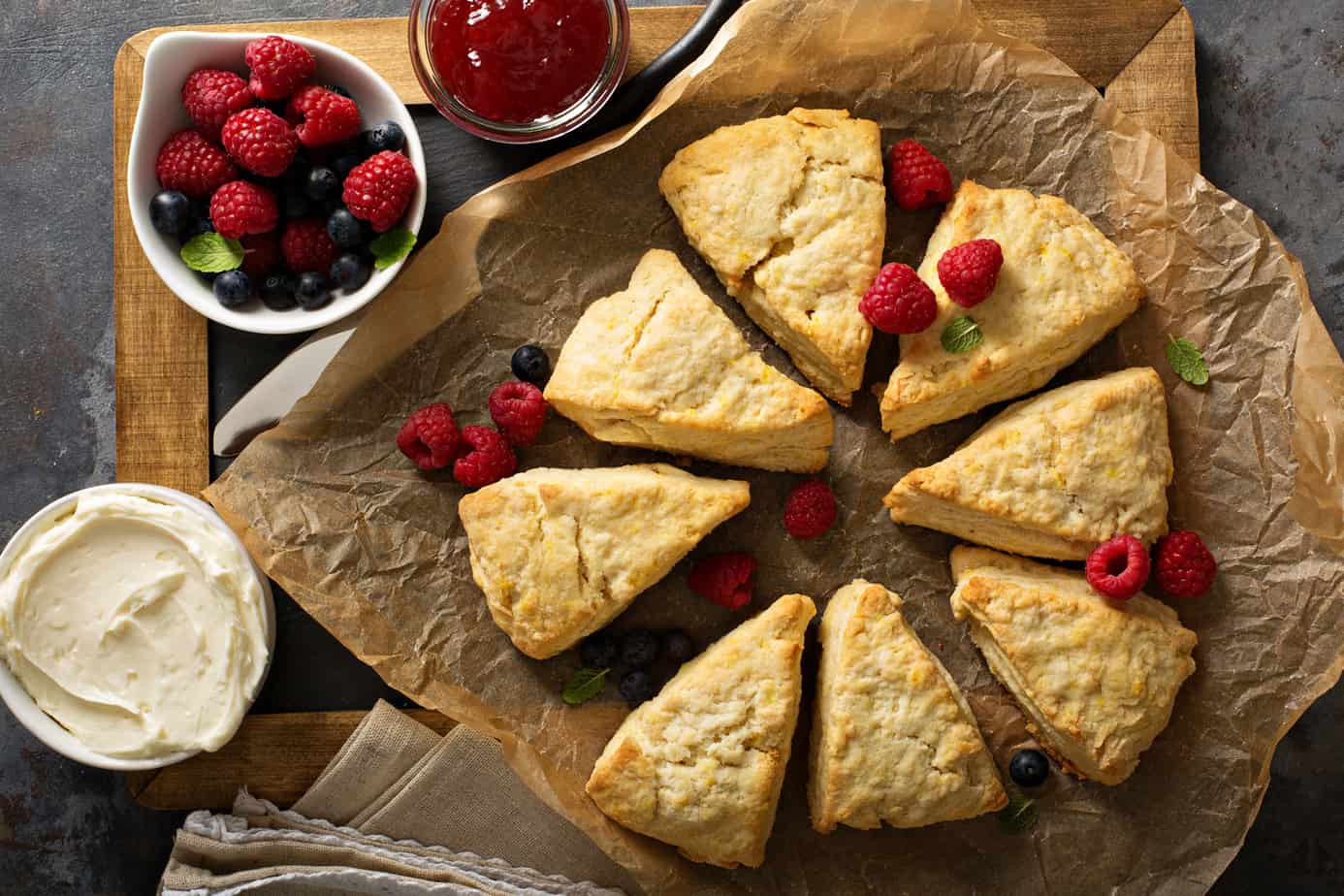 It was always a sizzling day at the end of summer, the state fair. An adventurous summer was winding down, a new school year on the horizon. Friends had scattered far and wide. School shopping had commenced, supplies neatly stored in a new backpack, waiting for that first day following Labor Day. It was the last hurrah to summer, the state fair.

It was the same every year. The anticipation of the state fair. Like a ritual of summer. 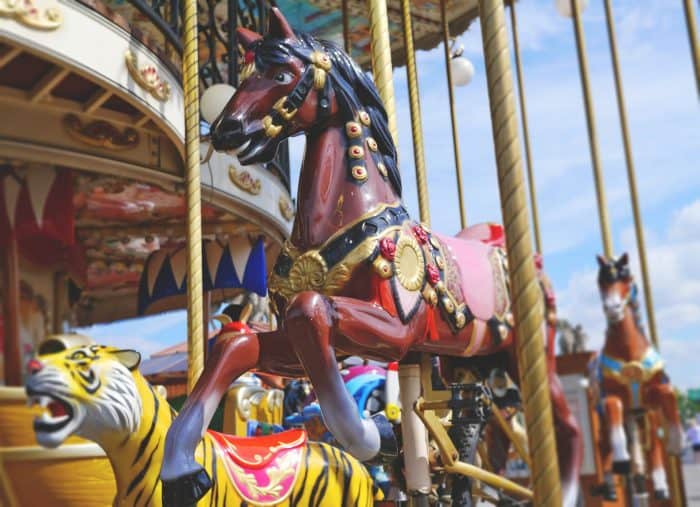 The rides were always first, but when I’d exhausted all my ride tickets, I headed to the exhibits. In addition to the sheep and horse exhibits, it was the women’s pavilion where I spent hours. From blue ribbon pies to baked goods, tatting, and spinning.

But then… the aroma of fair food would inevitably permeate the Pavillion. Down through the funnel cake booths and around the BBQ tent was the most delicious food booth ever. At least to me.

Standing in long lines was never a problem for those warm-from-the-oven scones, oozing with sweet raspberry jam.

And those are my state fair memories. What are yours?

For many, a quintessential component of summer is the state fair. It’s just… hard to miss. It’s exciting, nostalgic, entertaining… all wrapped up into one summery bundle.

In our State Fair article series, I’ve written a post on a perennial favorite corn dog or Pronto Pup recipe.

By the way… do you know the difference? Corn dogs vs Pronto Pup?

Turns out… only the batter differentiates the two. Corn dogs are, as you know, coated with corn batter while Pronto Pups are made from pancake or waffle batter. Getting hungry yet? 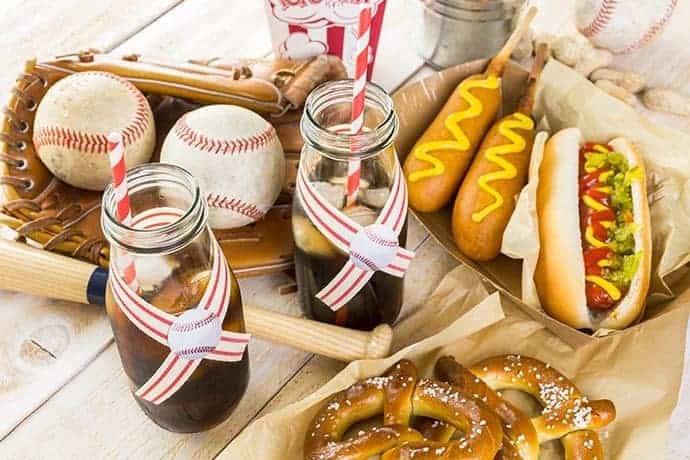 Let’s talk about scones. I was determined to find the scone recipe used at the fair I’d enjoyed so much as a kid.

What I found was much more than a recipe! It was a story, an American story of extraordinary success and forgotten history, and abandoned dreams.

In April of 1911, two brothers, O.W. Fisher and O.D. Fisher had a dream of milling high-quality flour.

By June 1 of the same year, the Fisher brothers celebrated the official opening of Fisher Mill and began milling operations on Harbor Island, nestled between what is now downtown Seattle and the nearby neighborhood of West Seattle along the Duwamish Waterway off Elliot Bay.

Where once the man-made Harbor Island was void, soon after a mill with towering cylinders of cement that reached the sky dominated the landscape. The Fisher Mill was one of the first industrial businesses to open on Harbor Island and soon after, became the largest flour mill in the Western United States. 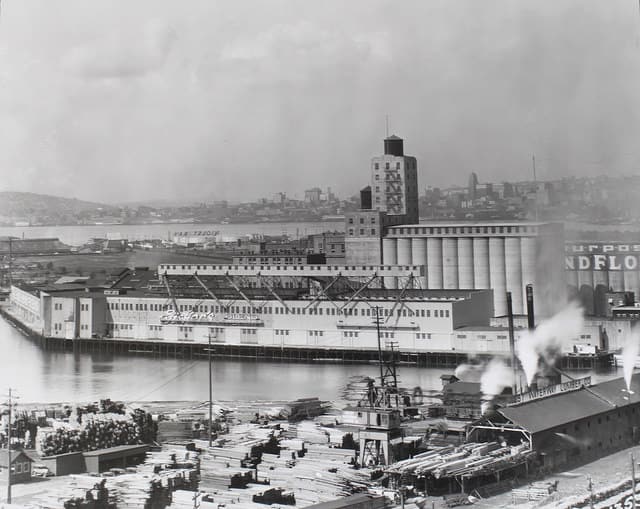 In fact, the Mill became so prominent, it milled 3 million pounds of wheat… every day. That’s the equivalent of the annual average production of 2,500 acres of wheatland… every day. 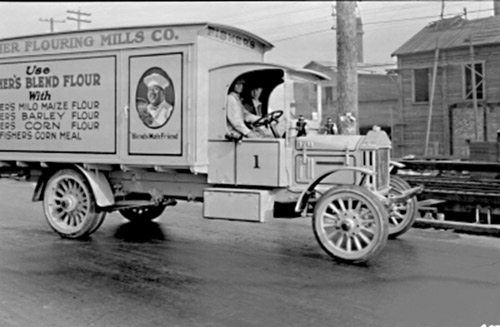 To promote the Mill’s high-quality flour, they came up with the idea of creating a scone they could serve piping hot and sell at the 1915 Panama Pacific Exposition or World’s Fair in San Francisco.

Incredibly successful, the president of the Washington State Fair, William H. Paulhamus, petitioned the Fishers to sell the very same scones at their fair and to sweeten the deal, offered to donate raspberry jam from his own farm in Oregon.

The deal was struck. And in the same year, in a corner booth under the grandstand, they began to sell their now-famous state fair scones.

One hundred and five years later, their scones are still sold at state fairs.

In 2015, at the Washington State Fair, in the same grandstand booth, 1.6 million scones, piping hot, dripping in honey butter, and layered with freshly made raspberry jam.

On Sept. 15, 2011, they sold their 100th millionth scone, from the very same location — the Washington State Fair in Puyallup — where it all began. On average, 1.5 million scones are sold each year. 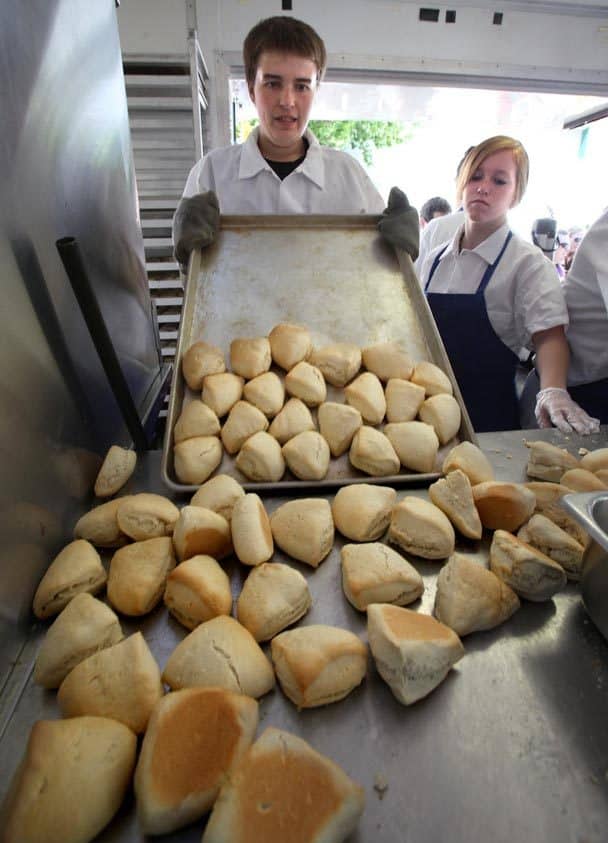 A spectacular story of innovation, hard work, and American opportunity. The Fisher company would go on to purchase media outlets, eventually owning 20 television and numerous radio stations, forming Fisher Communications, in the beginning, to promote their flour. Fisher would be sold to Sinclair in 2013 for $373 million.

And the Mill? It still stands as a testament to commerce and ingenuity, a beacon still dominating the landscape of Harbor Island where it all began more than a hundred years ago.

The story doesn’t end there. In fact, there isn’t an ending, at least one that you might expect. And, it isn’t happy.

Today, the Mill is but an eerie tomb, abandoned, a sprawling catacomb of another day, an era gone by. A structure that stands like a museum, frozen in time. A building now owned by King County and left to wither and waste away. A facility rumored to be designated as a solid waste disposal.

“Around every corner, on every wall, are reminders that this is a boneyard of industry, a place where old Seattle optimism and audacity got old and curled up to die. Graffiti, spray-painted pictures of angry faces and adorable animals, and everything in between is on every wall of every room.” (KOMO).

And that, my friends, is the story of American greatness and a forgotten history.

But the scones live on.

If you’re still hungry for those piping hot scones and you don’t want to wait for the fair. Here’s how to make them at home. 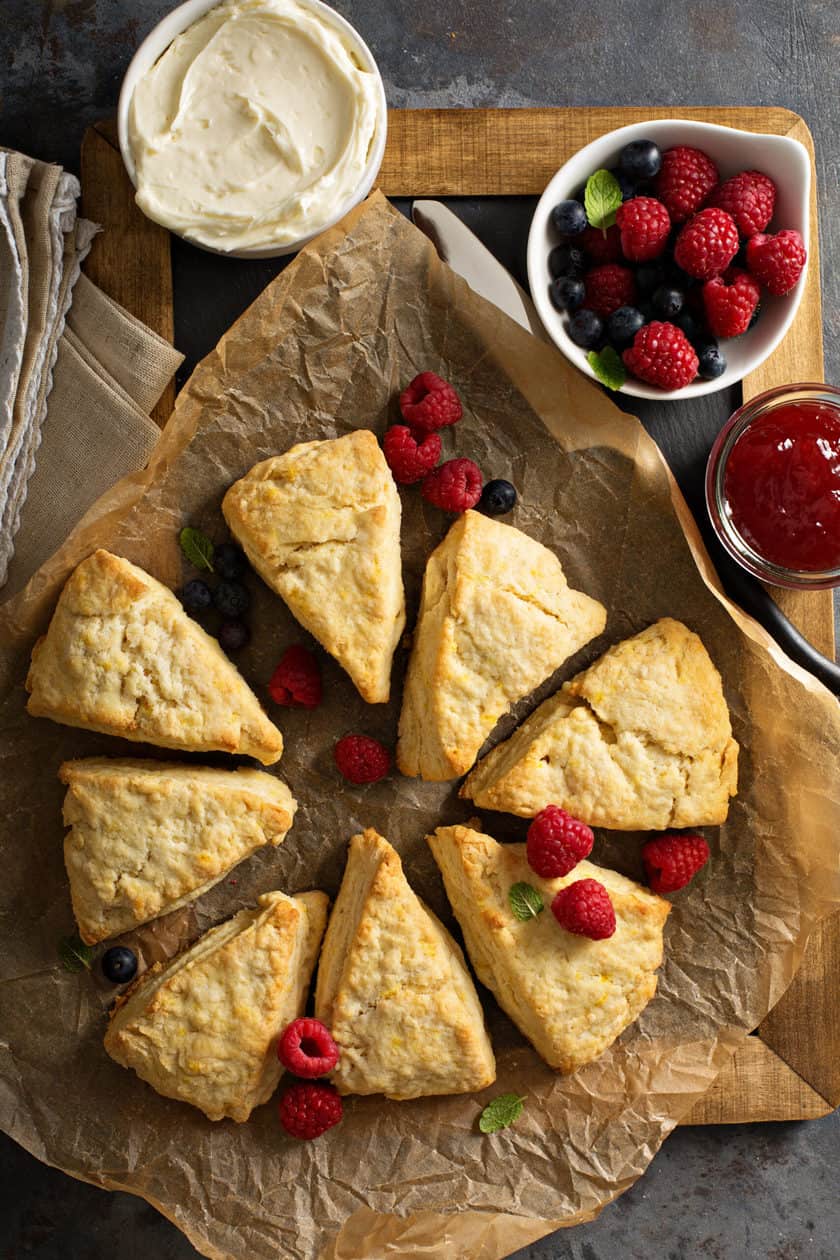