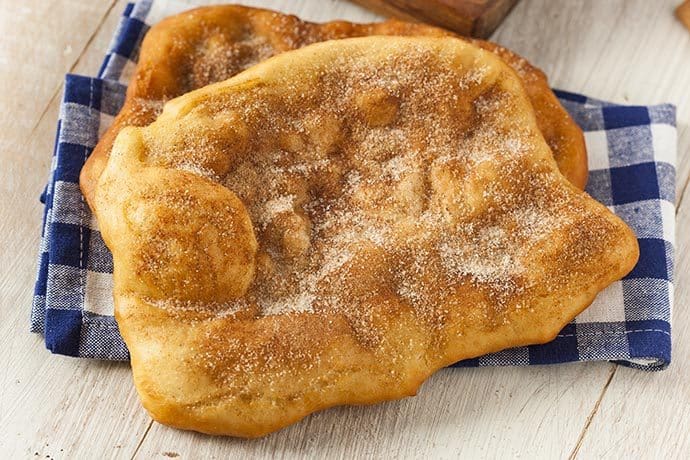 What is the first thing you gravitate to at your local fair? Is it rides, exhibits… or food? And if it’s food–I can guess Elephant Ears would be right up there.

In fact… Time Magazine ranks Elephant Ears, you know– those fried flattened pieces of dough coated in butter and liberally sprinkled with cinnamon and sugar — in the top 10 most popular state fair foods.

It’s no secret that we love fried food, but when you combine cinnamon and sugar, it’s almost impossible to resist.

Clocking in at anywhere from 300-500 calories, we find the goodie a state fair staple.

In my neck of the woods, we call this irregular-shaped fried sweetness, Elephant Ears. Although, you may know them as something else. Time says, “Depending on your location, it could also be called a ‘beaver’s tail’ or simply ‘fried dough.’ And while it’s big enough for more than one person, we advise you not to share.”

Do you like Indian fry bread? I’ll never forget my first taste at a small road-side restaurant on the Warm Springs Indian Reservation years and years ago. Oh my. It was amazing.

I wasn’t surprised, then, to learn of its connection to Elephant Ears.

Gold Medal Snacks says elephant ears are “Inspired by the fry bread of Native Americans, elephant ears get their name from their big, “ear”-like shape. Fry bread was invented by the Navajo tribe of the southwestern United States in 1864 using the flour, sugar, lard, and salt given to them by the U.S. government. The end-result is a cake that is flatter and smoother compared to funnel cakes’ fluffy, lumpy texture.”

I’m getting hungry and I’m not sure I can wait until the end of August… so we’ve compiled easy recipes, both fried and baked, to appease your sweet tooth before the fair opens… or after, or before–or both!

Get the recipe at A Worthy Read 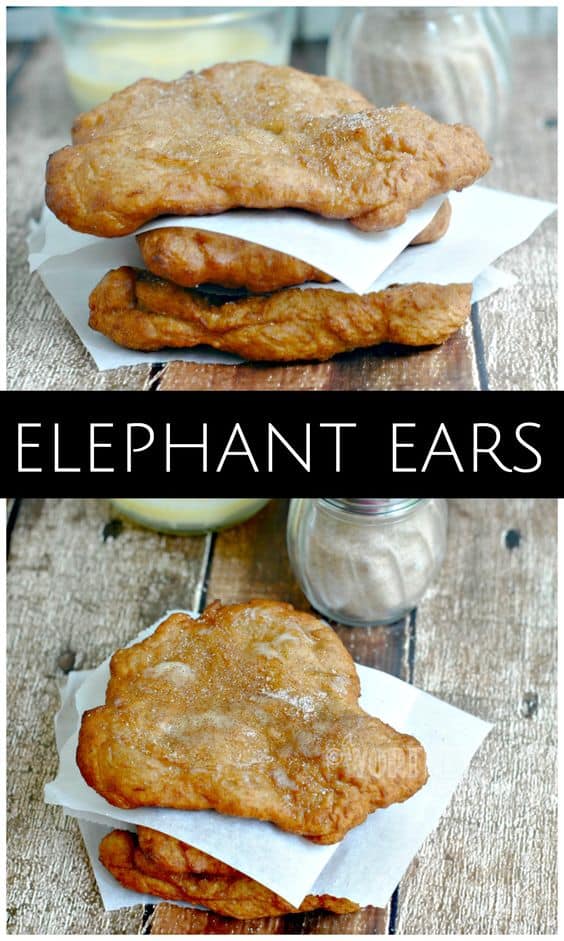 Get the recipe at King Arthur

A wonderful metamorphosis takes place when a simple flour/butter/water dough hits a scant 1/2″ of hot oil. 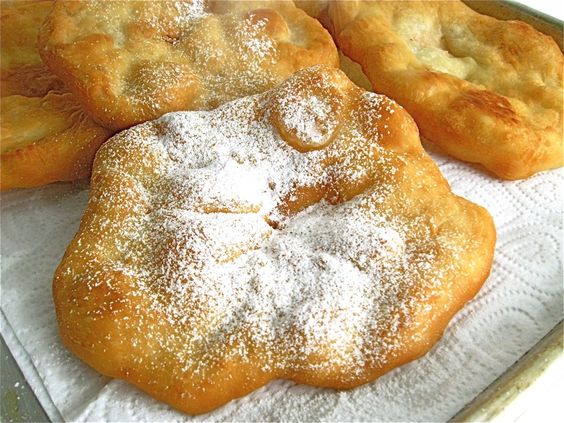 Get the recipe at Food Network 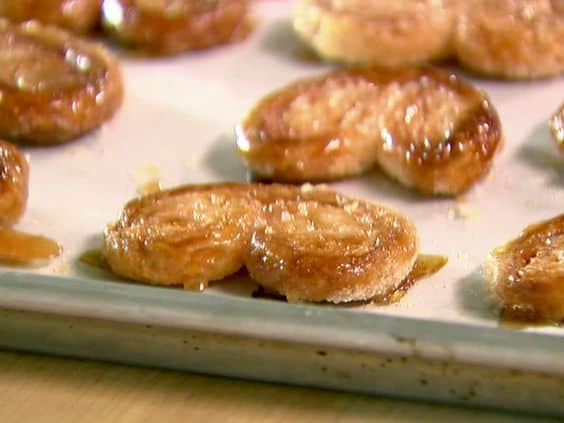 Get the recipe at Allrecipes 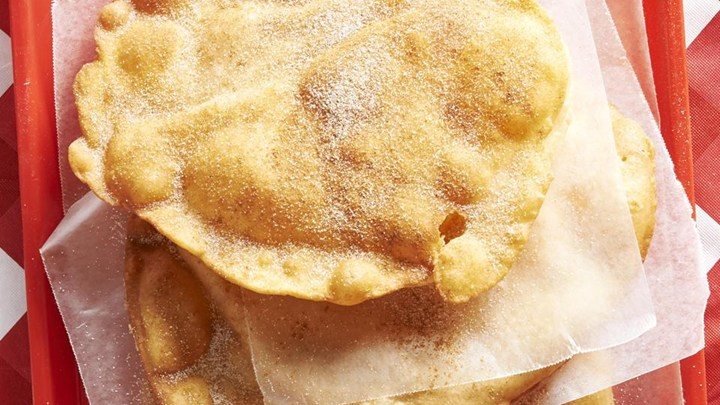 Get the recipe at Pillsbury 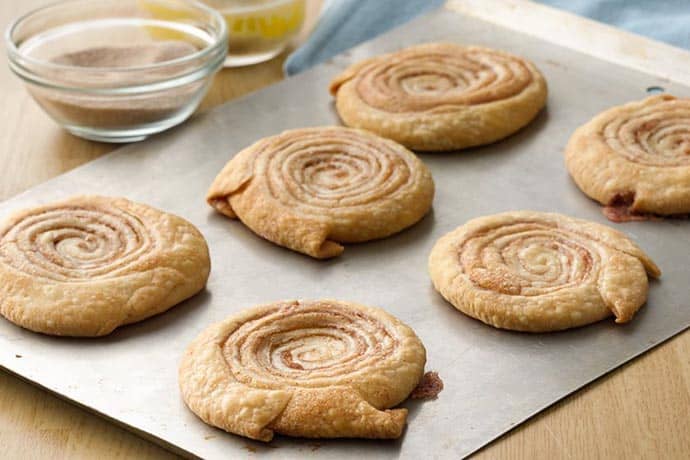 In a small bowl, mix sugar and cinnamon.

On a work surface, unroll 1 crust. Brush with butter; sprinkle with half of the cinnamon-sugar.

Cut the roll into 12 (1-inch) slices, then press down slightly, and roll individually between the sheets of waxed paper to 1/4-inch slices, replacing waxed paper as needed. Place on ungreased cookie sheets.

Bake 20 to 22 minutes or until golden brown and crisp. Cool on a cooling rack. 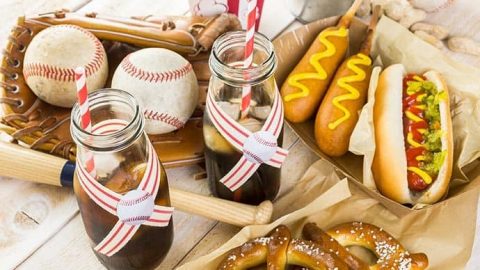 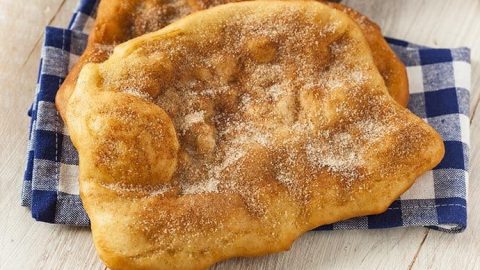 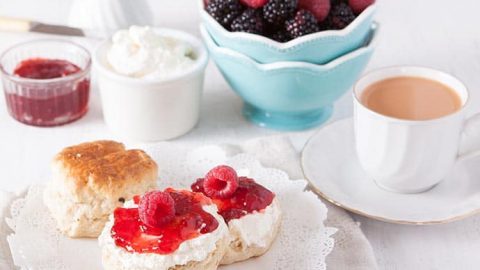