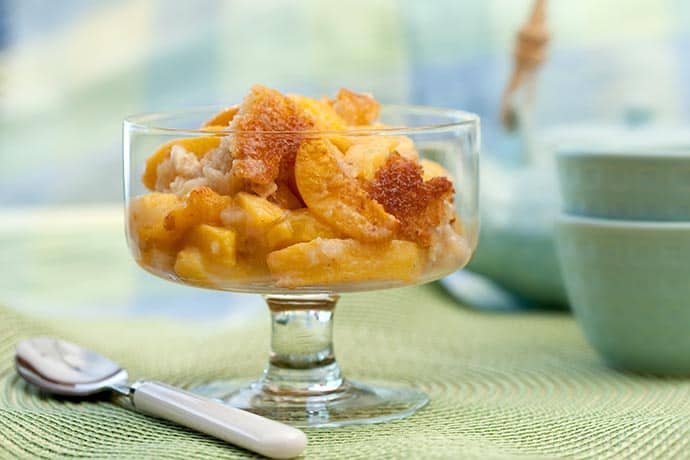 I’ve mentioned this before, but truthfully, it’s a big deal in my house. Actually, with one member of our household. My husband. I’ve never seen someone love peaches more than him.

As a tiny kid, they lived near a peach and almond orchard in Northern California. His parents were pastors and an elderly neighbor often took care of him as he was the distant youngest of 4. Her name was Grandma Sprinkman. She “always” had a bowl of freshly picked peaches in her refrigerator. Or so I’ve been told. Many times. I’m smiling.

Peaches are once again in season and I’m surprising him with his favorite peach cobbler this evening. I’ll be using my mother’s favorite peach, the Elberta, which isn’t as common as it once was… (what is it with the people in my family and their love of peaches?) Rhetorical question, of course. They’re absolutely, eat-over-the-sink delicious.

If you’re not familiar with Elberta’s, it’s a freestone peach, bigger and juicier (and my mom would argue… tastier) than most.

I’m seeing crates of peaches leaving our local farmers’ market. I wonder what they’re going to do with theirs…

In a medium bowl stir together flour, sugar, baking powder, and cinnamon. Cut in butter until mixture resembles coarse meal or crumbs. Set aside.

In a saucepan, combine the peaches, sugar, cornstarch and 1/4 cup water. Let stand 10 minutes. Cook and stir until thick and bubbly. Keep the filling hot.

In a small bowl, stir together the egg and milk. Add to flour mixture, stirring until just moistened. Transfer filling to a 2-quart square baking dish. Using a spoon, immediately drop topping into small mounds atop filling.

Bake cobbler in a 400-degree oven for 20-25 minutes or until a wooden toothpick inserted into topping comes out clean and it’s golden. Serve warm with ice cream. And a mint sprig… if you have one. It’s just pretty that way. 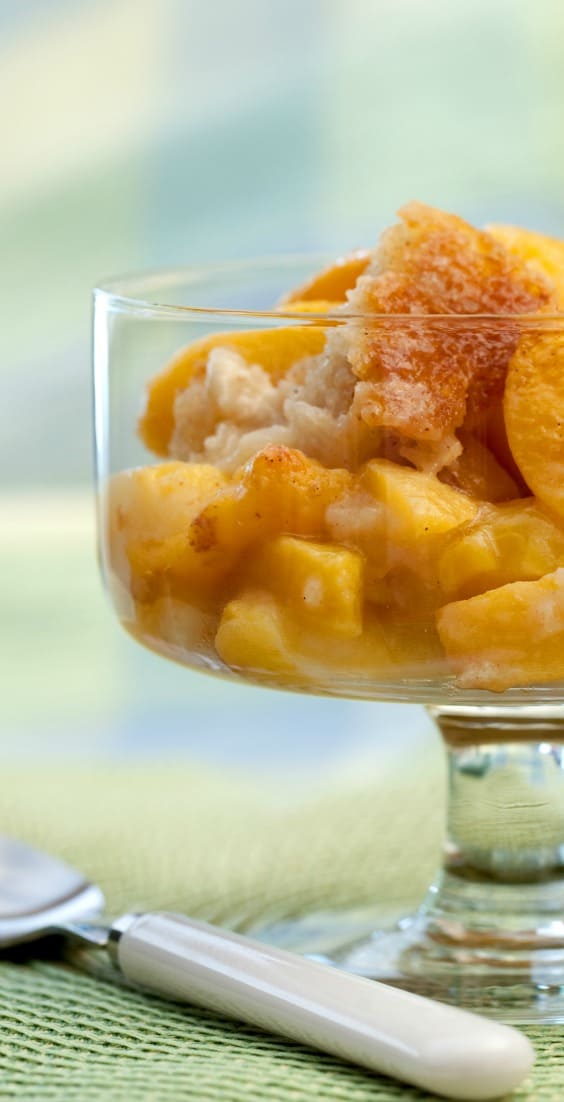