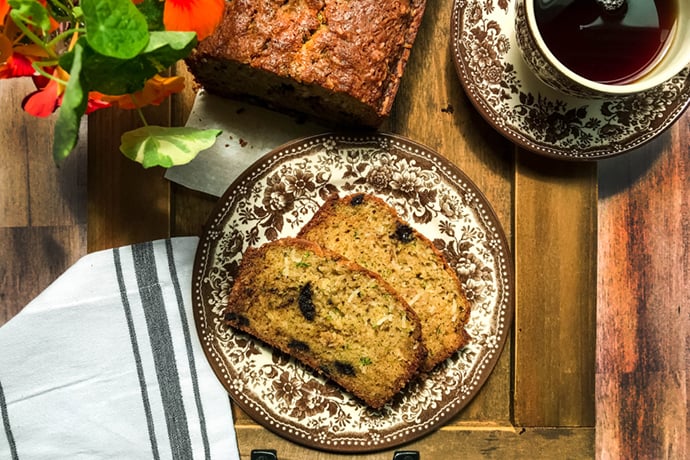 Celebrating zucchini season with this incredible chunky Chocolate Zucchini Bread with Shredded Coconut. It’s moist and rich zucchini bread, with the spices you love. Only better with melting chocolate chunks throughout and the irresistible flavor of coconut.

Truly. I adore this bread. While I love everything zucchini, this zucchini bread recipe is just a little special. I mean… it has chocolate! And that just about sums it up. 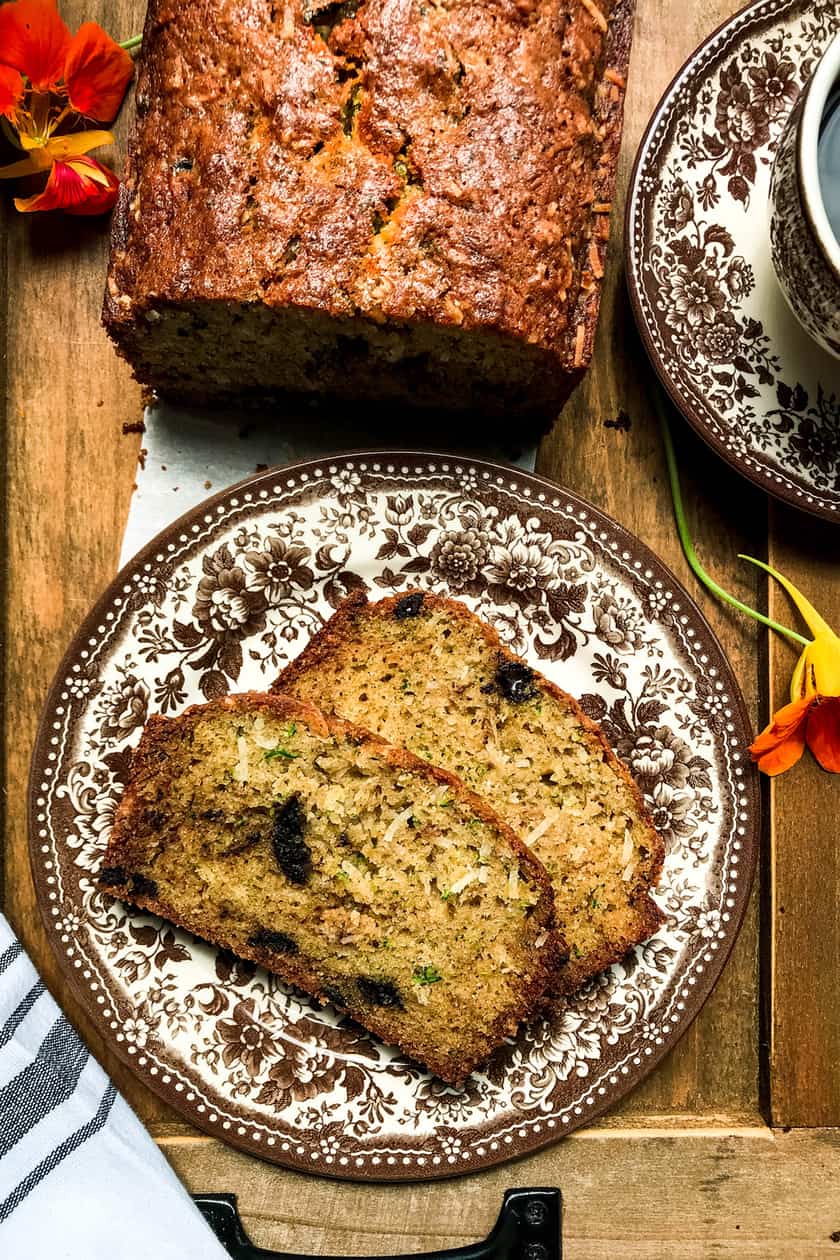 While I’ll always love our Healthy Morning Zucchini Bread, breakfast perfect, and our traditional forever favorite zucchini bread, this recipe is a bit different. Like a familiar friend with a tantalizing secret. And that would be, of course, hidden chocolate chunks.

And they are, rather divine. 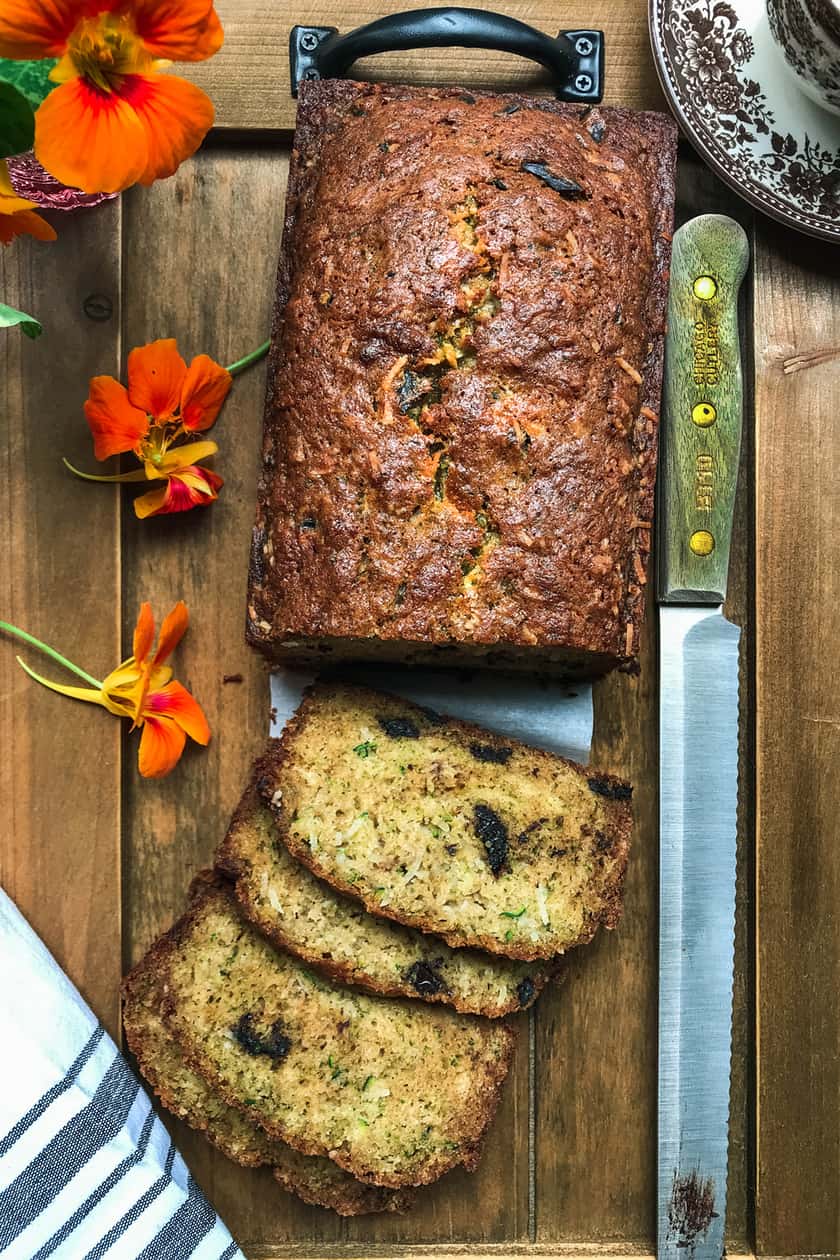 All I can say is let’s make this zucchini season last as long as possible! 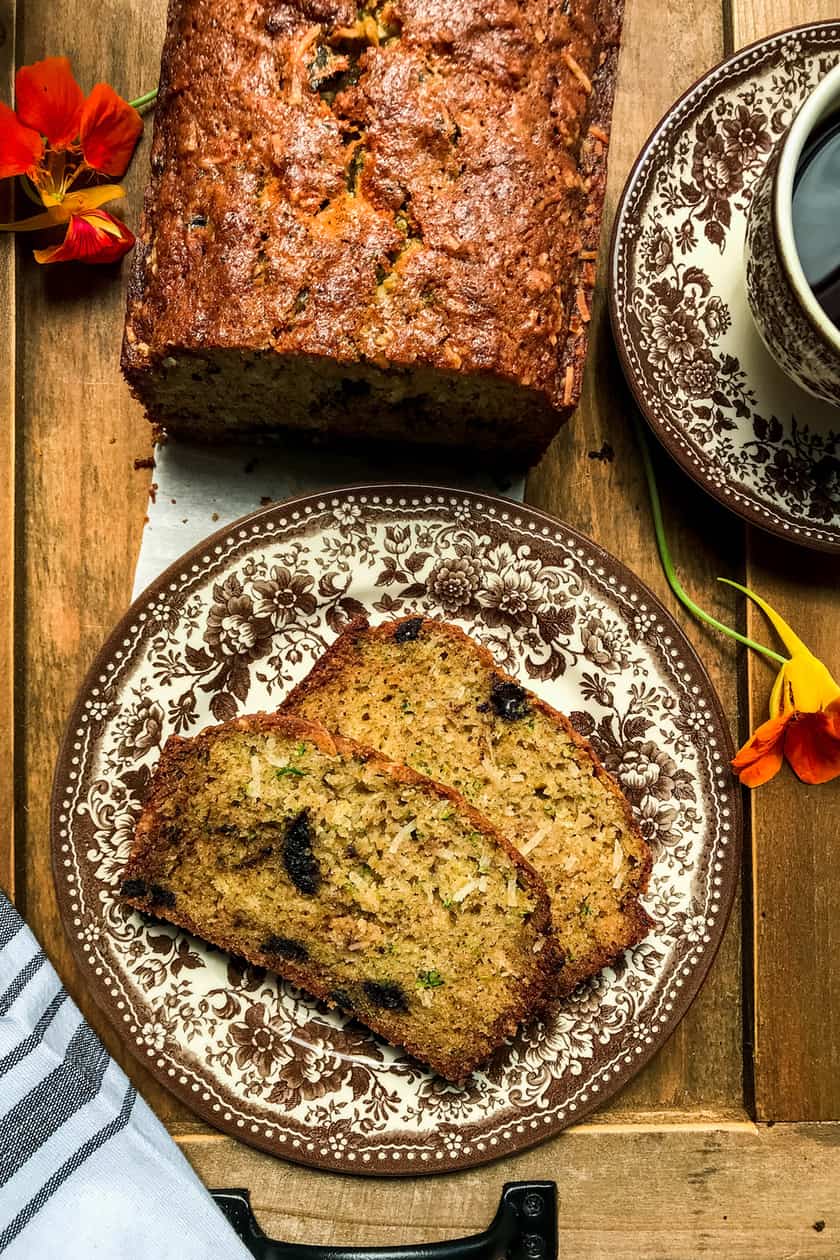 Celebrating zucchini season with this chunky Chocolate Zucchini Bread. Moist and rich with coconut and the familiar zucchini spices you love. Only better thanks to melty chocolate. Yum!

In a large mixing bowl, stir together the oil, maple syrup, eggs, and vanilla until combined. The stir in the shredded zucchini. Add the brown sugar, flour, coconut, baking soda, baking powder, cloves, cinnamon, and salt. Mix until just combined — be careful not to overmix. Fold in the chocolate chunks.

Transfer the batter into the prepared baking pan; bake for 50-60 minutes, or until center is set. Remove from the oven and let cool for 30 minutes or so before cutting into slices. 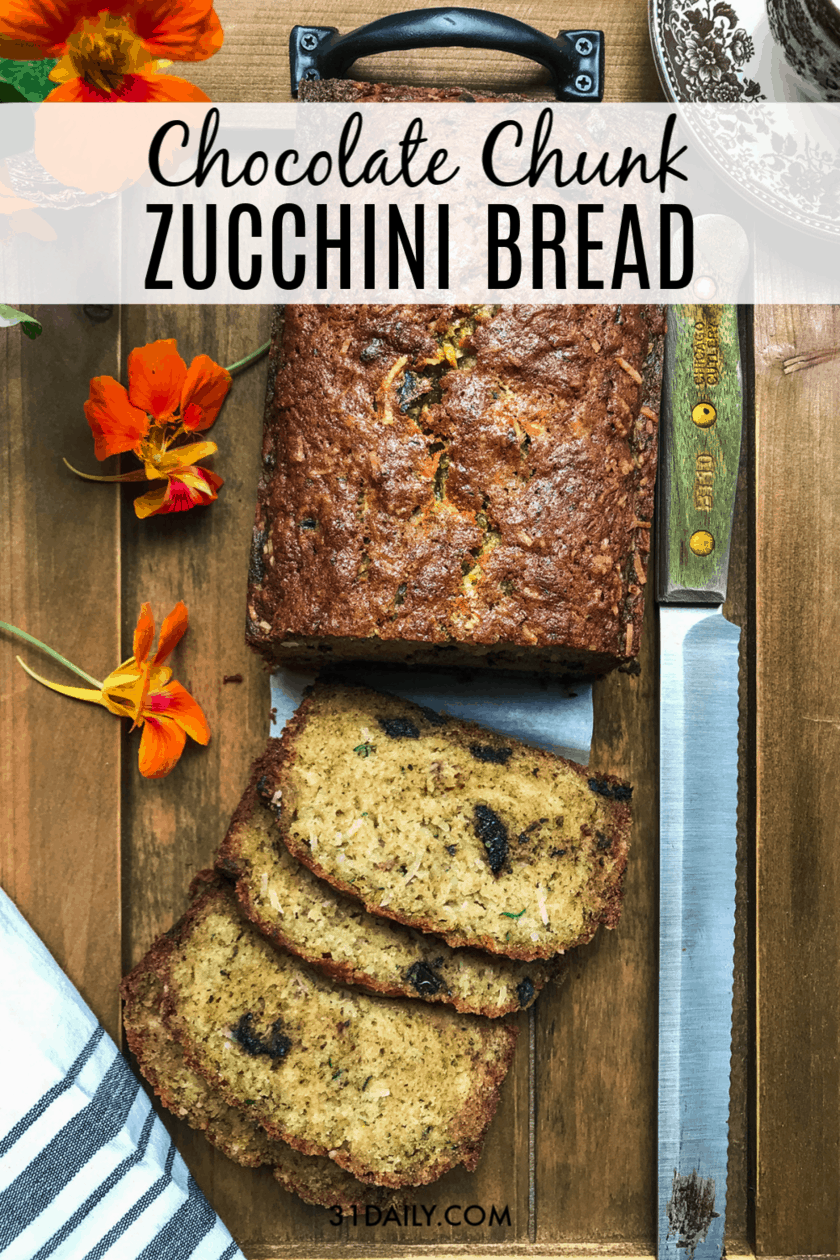