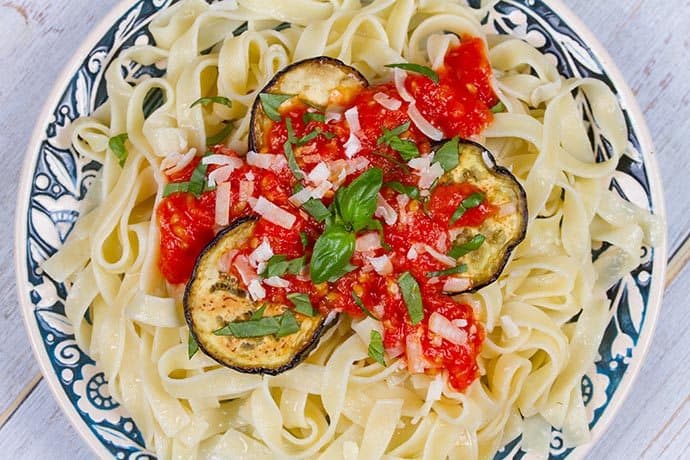 Eggplant Parmesan is a classic Italian casserole dish with disputed origins yet collectively attributed to southern Italy, most especially… Naples, although the dish is widely popular all over the country, not to mention… the world.

While preparation varies and recipes are many, most often it’s prepared by successively layering slices of eggplant in a casserole dish drizzled with tomato sauce and mozzarella cheese.

A little history with your dish? It always enhances the flavors for me! 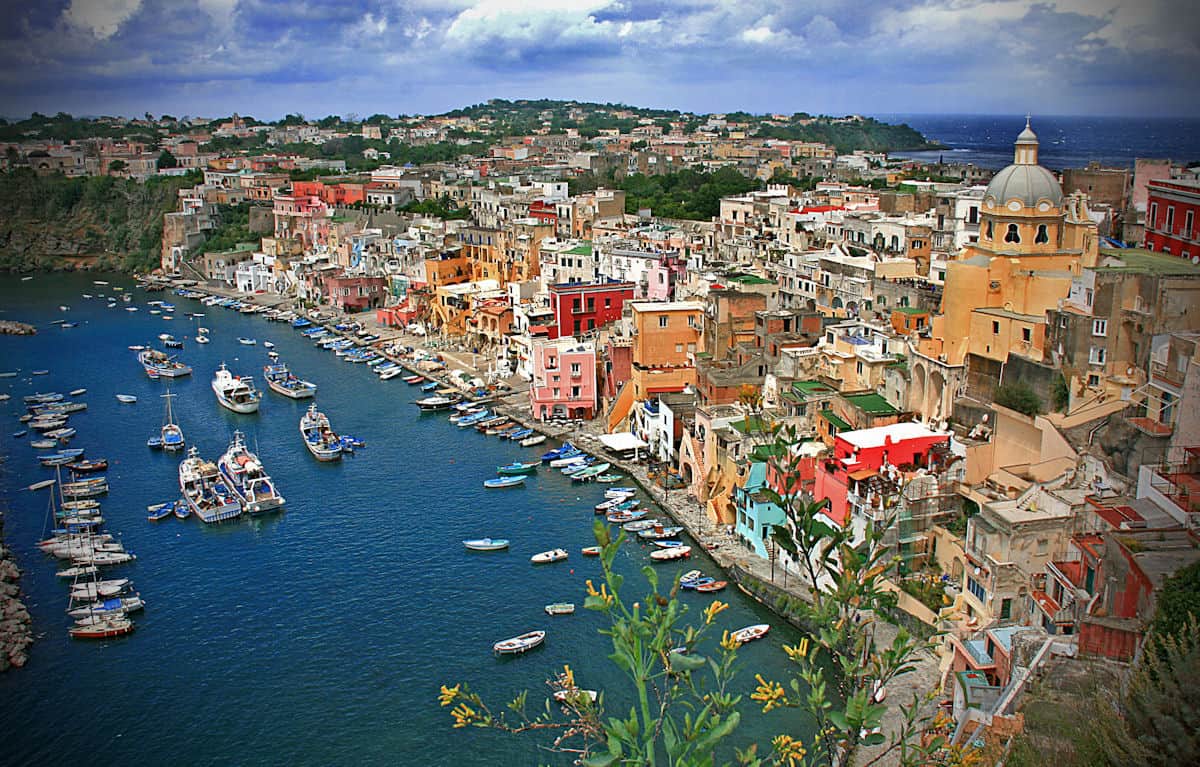 Eggplant Parmesan, parmigiana di melanzane, is dominate in Naples but also is popular in the Campanian countryside, Calabria and Sicily.

While we’ll never know specifically where or when the dish originated, we do know, it’s first mention was from poet Simone Prudenzani (1387-1440) and appeared in chef Vincenzo Corrado’s cookbook published in 1786 where he instructs, “Eggplant can be cooked alla Parmegiana, meaning the eggplant was seasoned with butter, herbs, cinnamon and other spices and grated parmigiano cheese and covered with a cream sauce made with egg yolks before being oven-baked.”

It wasn’t until 1837 that a dish very similar to what we know today as Eggplant Parmesan was published in Ippolito Cavalcanti’s Cucina Teorico-practica cookbook in Naples in 1837. (Use the provided link to view original cookbook — in Italian!)

Speaking of attribution. This recipe is my mom’s. It’s a lighter, healthier version than most, but completely filling — even for a teenage guy.

Serve over pasta drizzled with olive oil. It’s a special and tasty dish that’s on regular rotation in our house.

Pasta for serving (we use spaghetti)

Take each slice, dredge in flour followed by a dip in the egg mixture and finally into the Panko crumbs for a final coating. Place in the 13 x 9-inch pan. You will make 3 rows. Each eggplant will slightly overlap successively until the row is finished. Complete the dredging, dipping and coating of each eggplant until the pan is filled. (I also sprinkle the eggplant with a little salt and freshly ground pepper at this point).

Using a spoon, drizzle the spaghetti sauce down the length of each row of sliced eggplant. Then sprinkle the shredded Parmesan cheese.

Cover the pan with foil and bake for 40 minutes or until the eggplant is tender.

Remove foil, sprinkle Mozzarella cheese over the eggplant slices and return to the oven. Bake another 5-10 minutes uncovered until the cheese is melted.

Serve over spaghetti drizzled with olive oil and garnish with a fresh basil leaf. 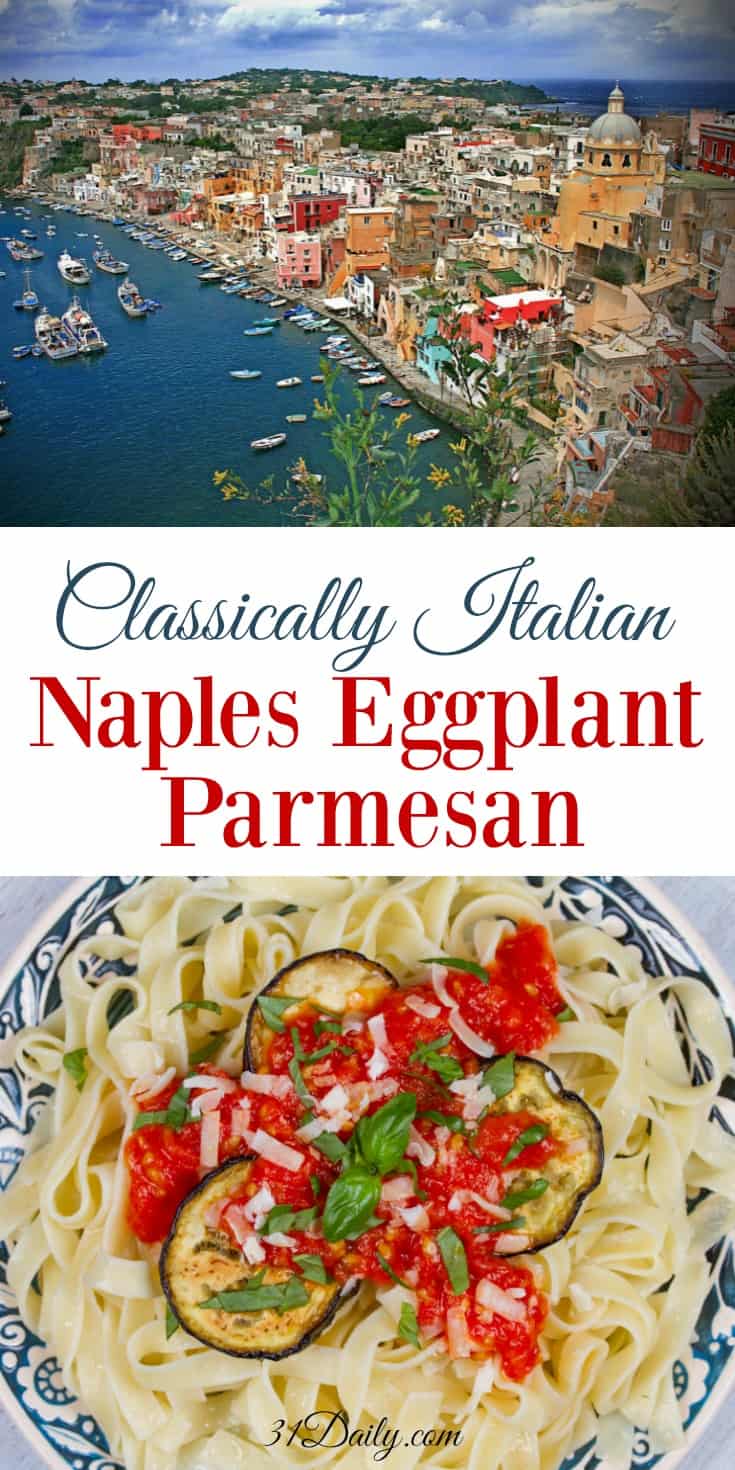