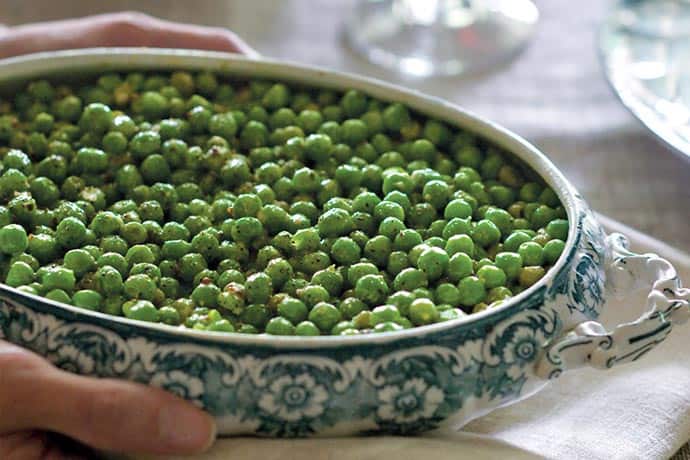 Creamed Peas is a classic summer dish and has been a staple comfort food in the homes of many for years, whether in the United States or the United Kingdom. Creamed Peas on Toast is a fond culinary memory for those who grew up in Depression-era homes.

And for Downton Abbey fans, it’s a dish Mrs. Patmore would have served as, “a simple classic dish of Peas in Béchamel. It can be served upstairs as a side dish or downstairs as Creamed Peas on Toast. “

A Béchamel Sauce is simply a beautiful name for a basic white sauce used as a soup base, soufflés, or to enhance peas, asparagus points or spinach. Made from a simple roux of flour, boiled milk, and butter, it’s usually served with white meat, eggs or vegetables.

Cream sauces were set aside for the privileged in the 17th and 18th centuries, as explained here.

“As the housewife in the 17th Century did not have the luxury of modern refrigeration, they were wary of using milk in their recipes.  Peddlers were known to sell watered down or rancid produce.  Basically, only the rich or royalty could use milk in their sauces.” 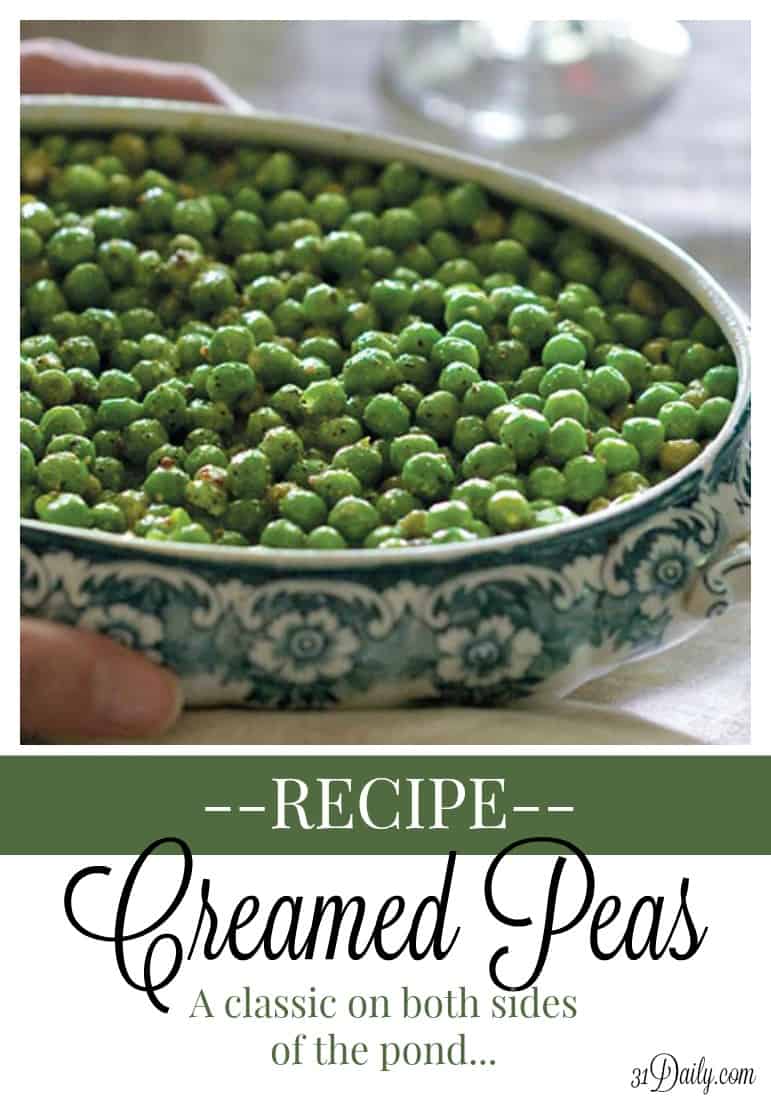