This warm from the oven Homemade Cinnamon Roll recipe is a deliciously decadent, gooey cinnamon bun that’s easier to make than you might think! Especially when you’re craving true comfort food. All year long!

Made with a beautiful and easy to handle, forgiving dough, these cinnamon rolls are actually fun to make! And to me… are the best cinnamon rolls. 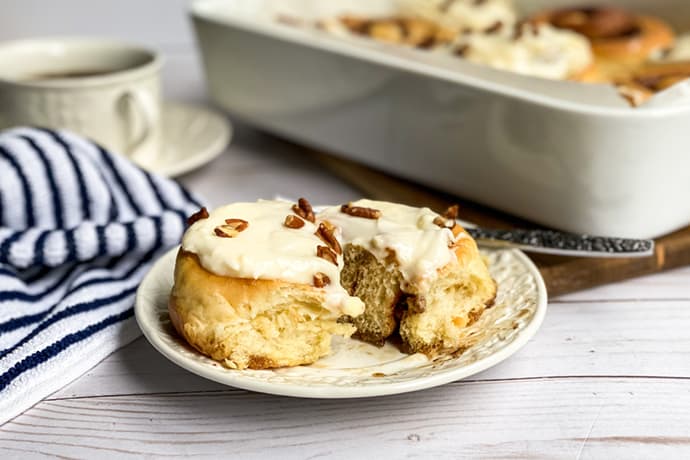 But maybe especially in the summer. I know that sounds strange. But here’s why.

For me, cinnamon rolls will always be about Sunriver, Oregon. It seems weird, I know. Most often, we spent part summers in 3 places; grandma’s house, Priest Lake, Idaho… and Sunriver, Oregon.

Grandma’s house was a place of long summer days, dusty adventures with the cousins, and amazing summer food and picnics. Priest Lake had a charm all of its own, which is why it was the setting for my first novel, Whispers of the Heart.

Sunriver was a different story altogether. Located in central Oregon, near the Deschutes River, it was and is a magical place. Miles of bike paths skirt valleys and rivers, airports, and PGA golf courses. The sun is hotter than hot, but dry. Mt. Bachelor looms in the backdrop whether your bike riding or fishing or canoeing down the river.

But what I remember most is mornings spent biking to the donut shop in the village. Where my mom, always… always bought a pecan sticky bun. I wrinkle my nose when thinking about it.

As a kid, I never understood HOW she could like that donut when the chocolate frosted doughnut was SO much more amazing. I’m smiling because today, I completely understand.

This Homemade Cinnamon Rolls recipe is made in the spirit of those warm Sunriver summer days. Topped with pecans… for mom. 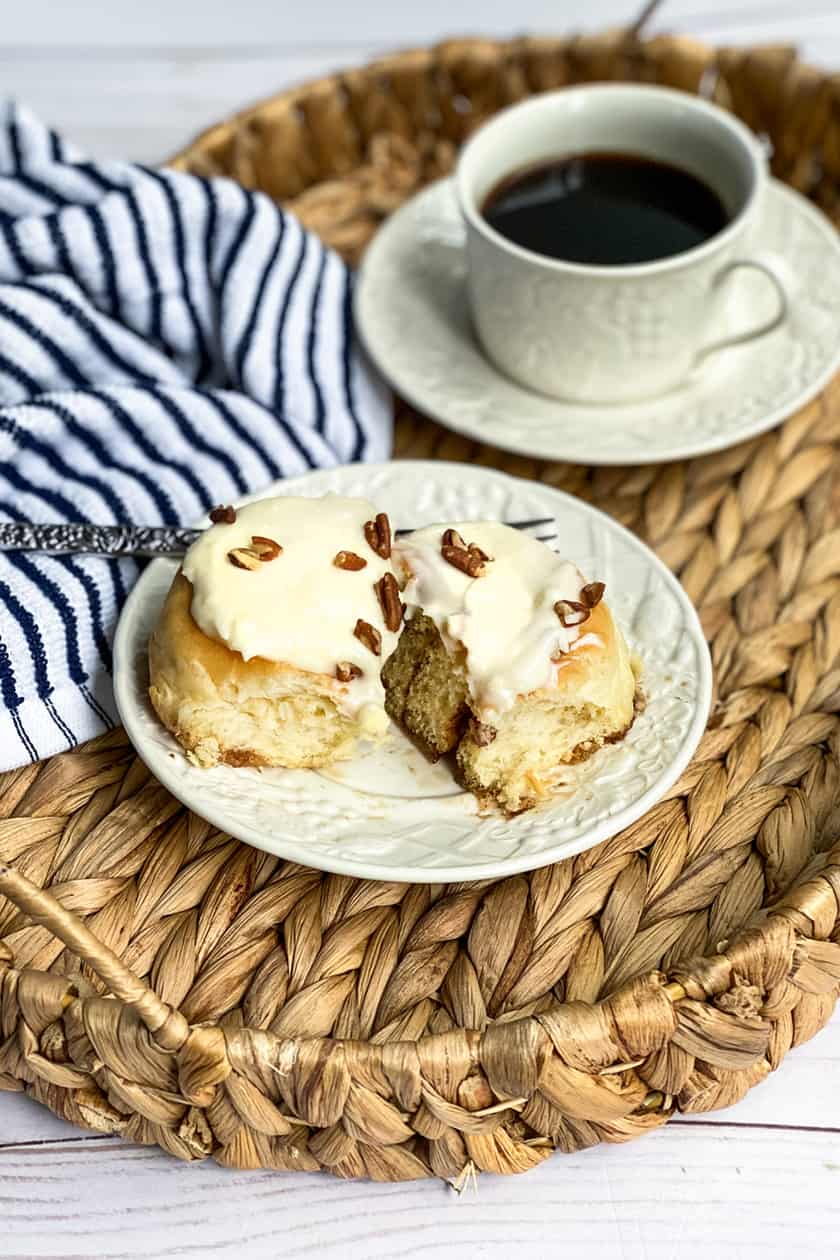 How to Make This Easy Homemade Cinnamon Roll Recipe

Please see the full instruction in the recipe card below, but here is a quick overview of how to make these easy Homemade Cinnamon Rolls. 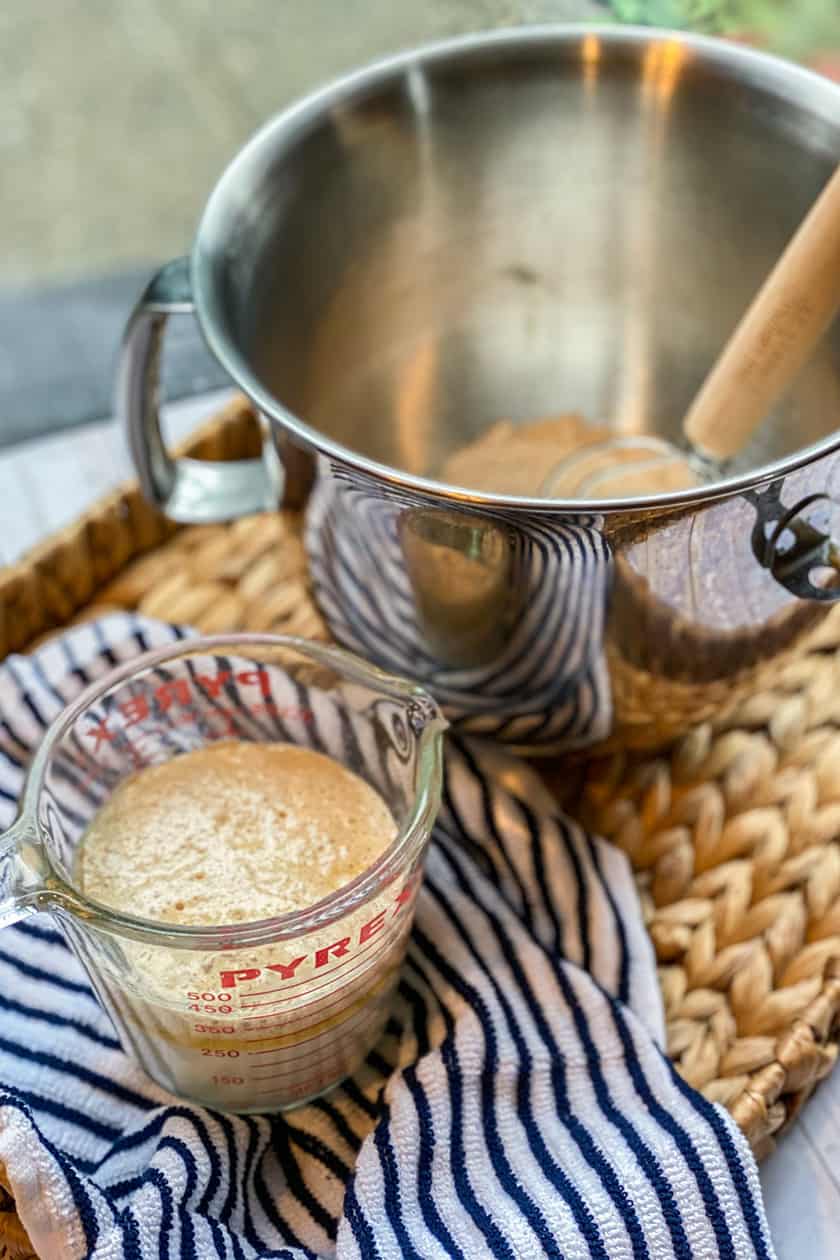 In the bowl of a stand mixer, combine 1 cup flour, granulated sugar, yeast, and salt. Warm milk and butter together in a saucepan or a microwave and stir it into the flour mixture. Add the egg and vanilla extract and continue mixing until combined. 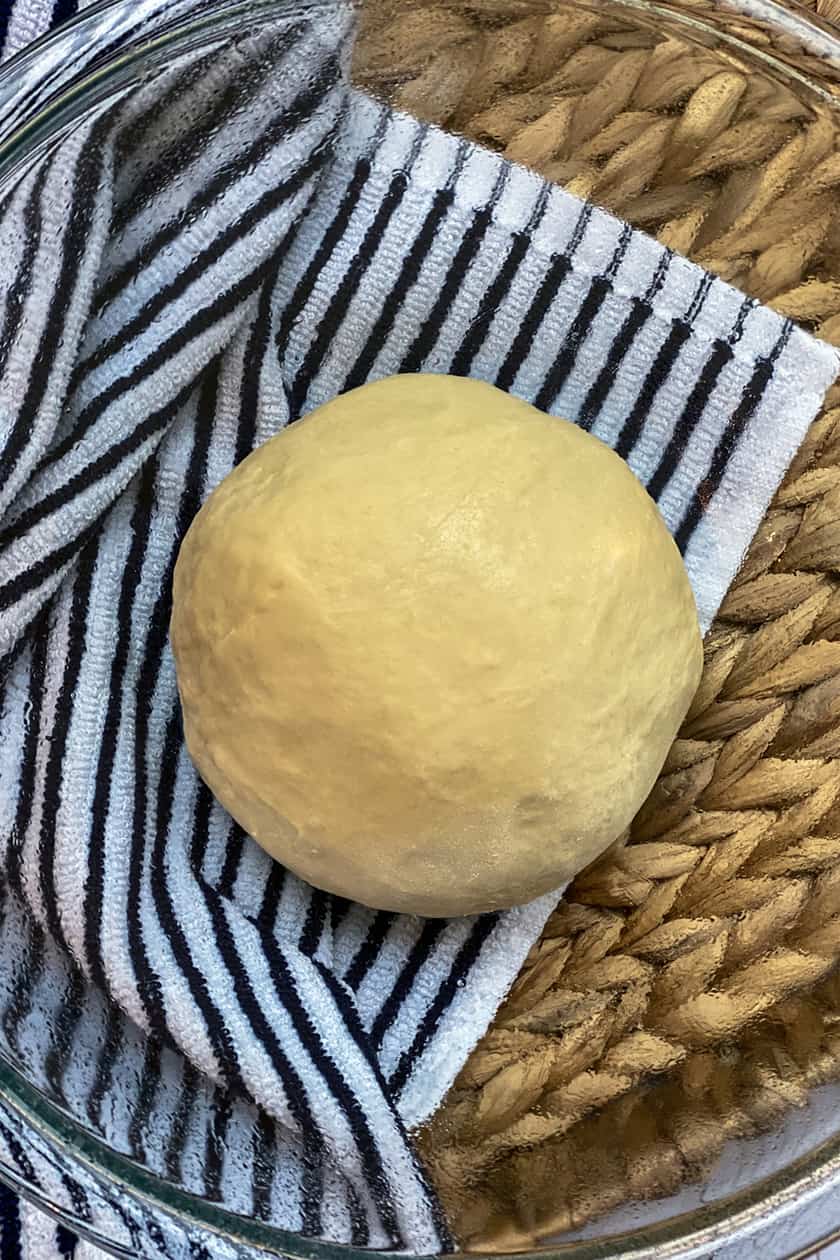 Switch to the dough hook and gradually add the remaining 2 plus cups of flour. Continue mixing and kneading the dough until a sticky dough forms. Spray a large bowl with cooking spray and place dough in the bowl, cover, and let rise until double, about 45 minutes. 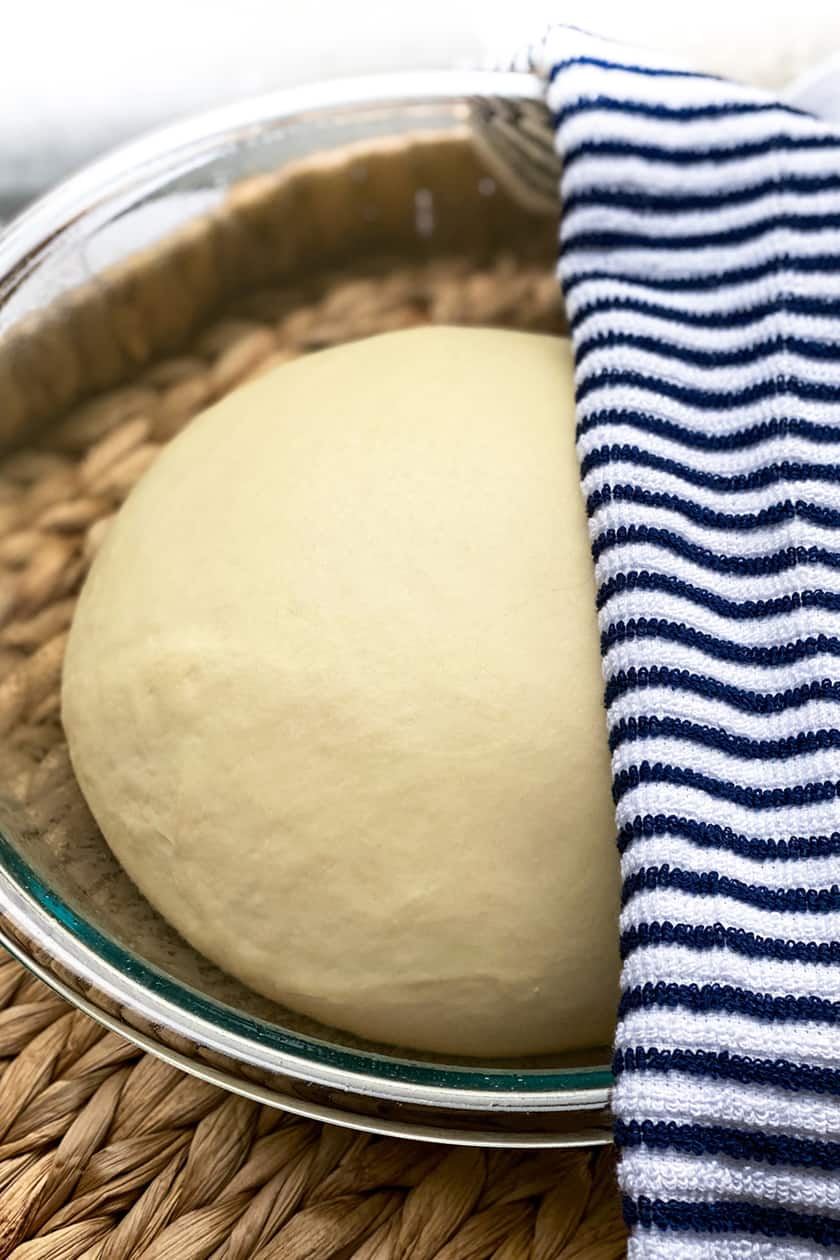 Lightly punch down the risen dough, turn out onto a floured surface and roll into a rectangle shape and trim sides if necessary. Spread butter over the rectangle and then sprinkle with cinnamon sugar, leaving about a 1-inch border.

Beginning at the long side, roll up the dough tightly in a jelly-roll style and pinch the edges to seal. Using a sharp knife or serrated knife, first, slice a little from each end to create an end. Then slice the cinnamon rolls into 9 or 12 equal portions and transfer to a 9″ x 13″ baking pan lined in parchment. 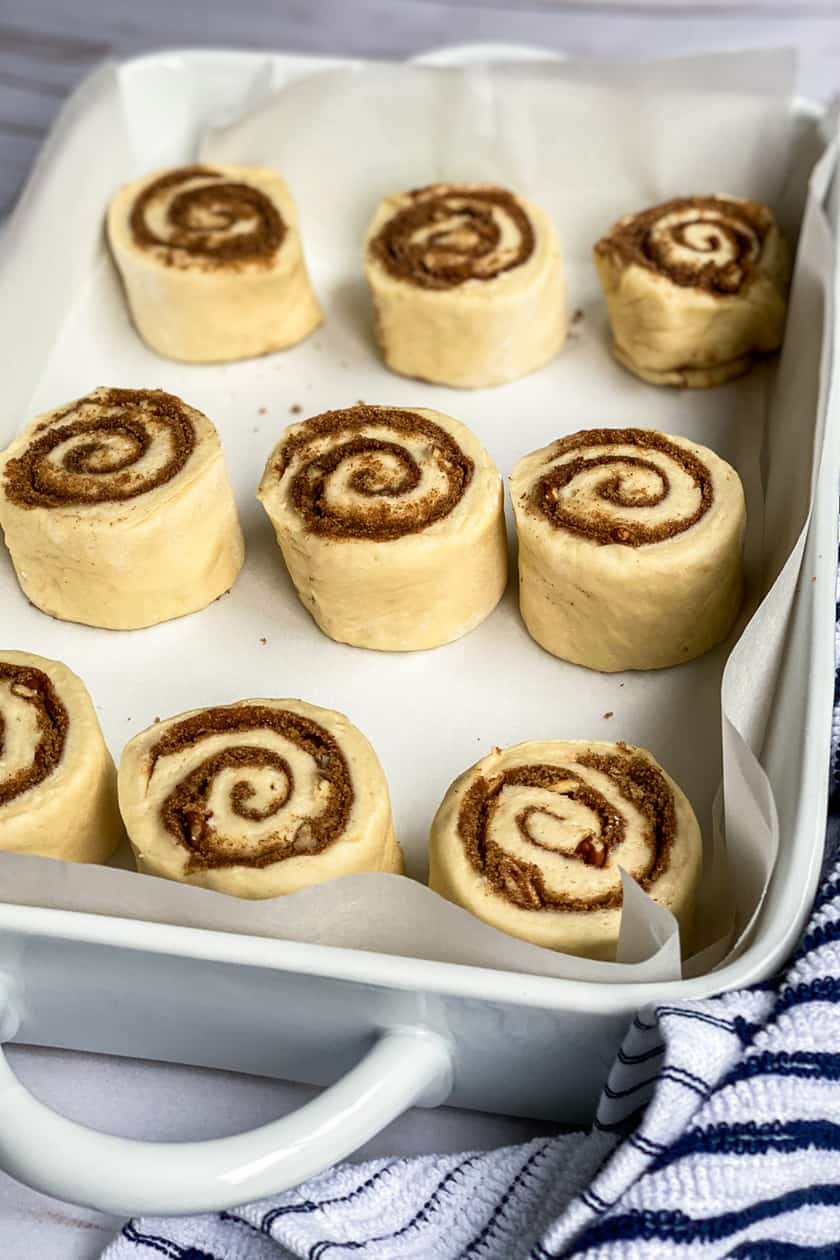 Cover and let rise until doubled, about 30 to 45 minutes. 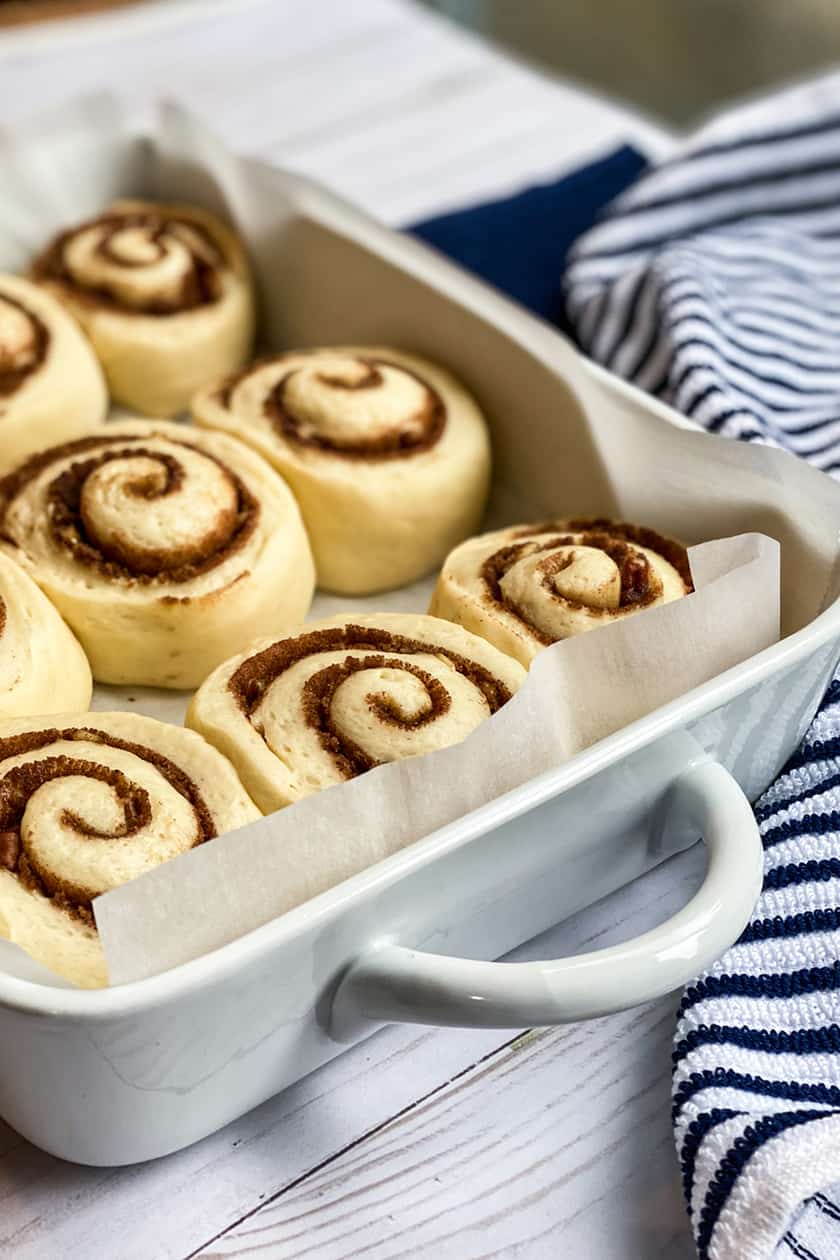 Bake the homemade cinnamon rolls in a preheated 375° oven for 20 to 22 minutes. The rolls should be nicely golden brown around the edges and the centers are baked. 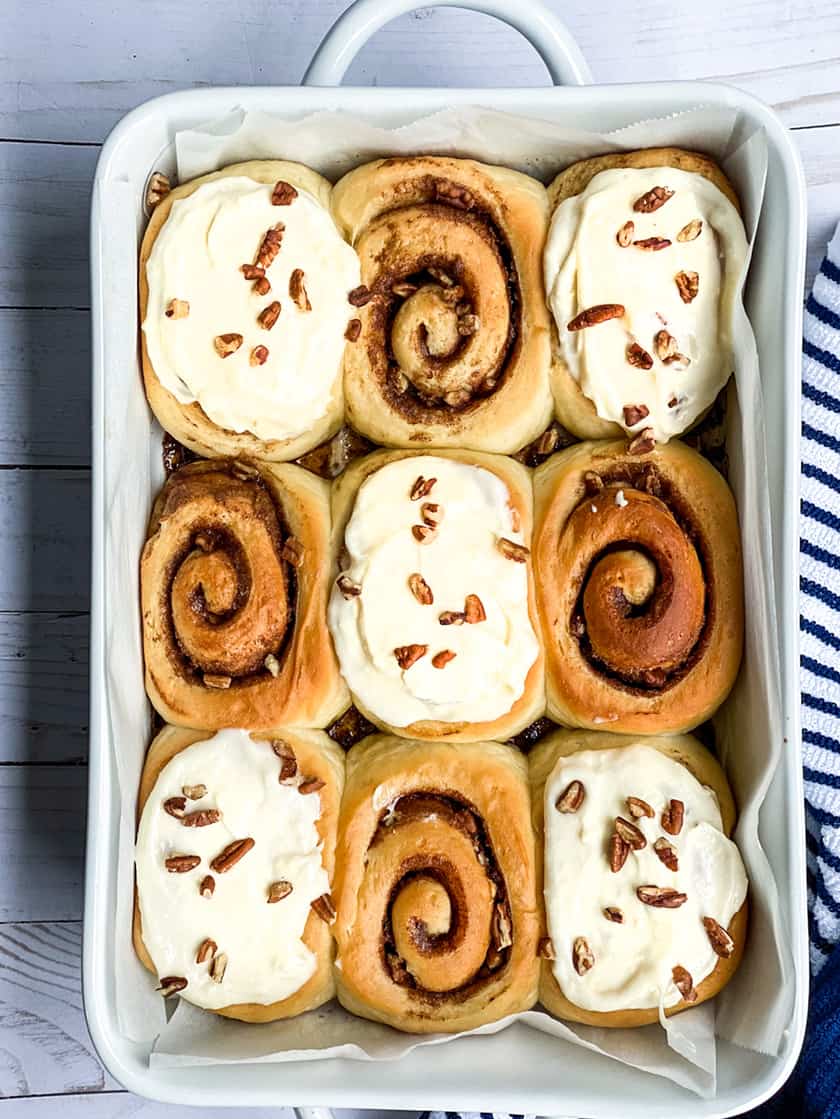 Reuse the Scrap and Leftover Dough

Here’s why I love the leftover dough. You get to play and make fun shapes! 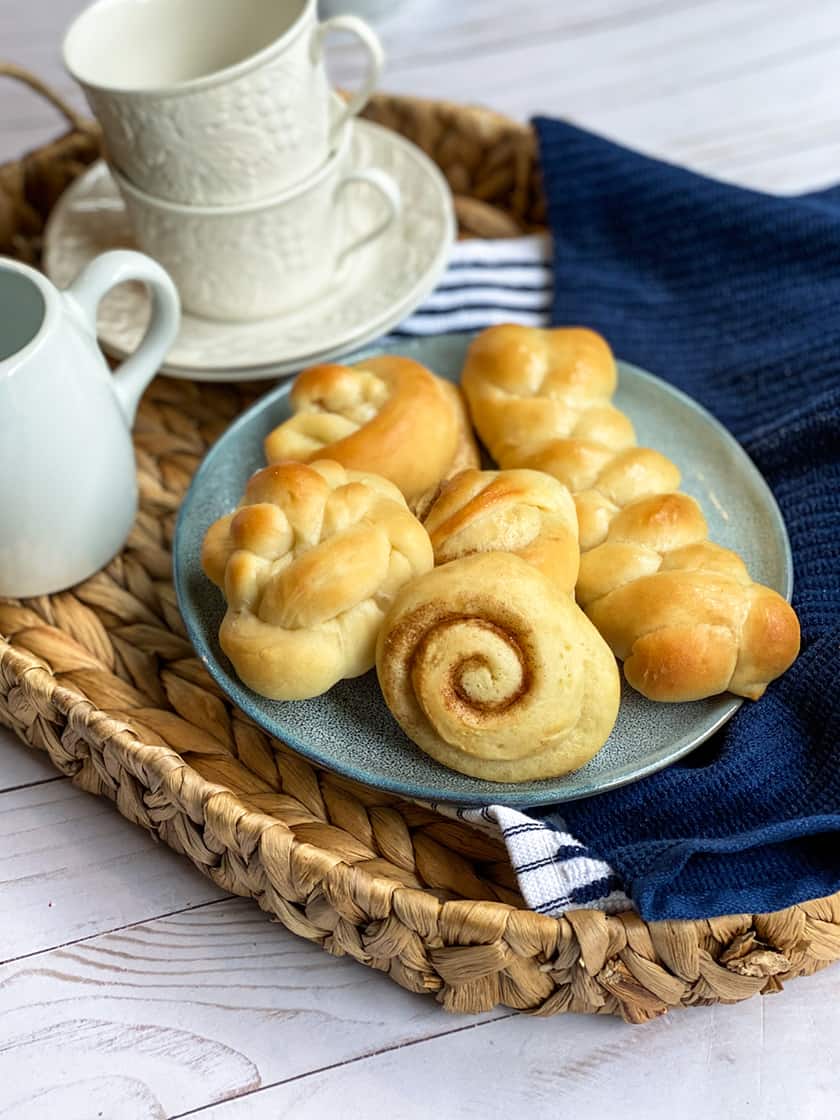 And enjoy homemade, warm-from-the-oven cinnamon rolls! With a cup of coffee… of course! 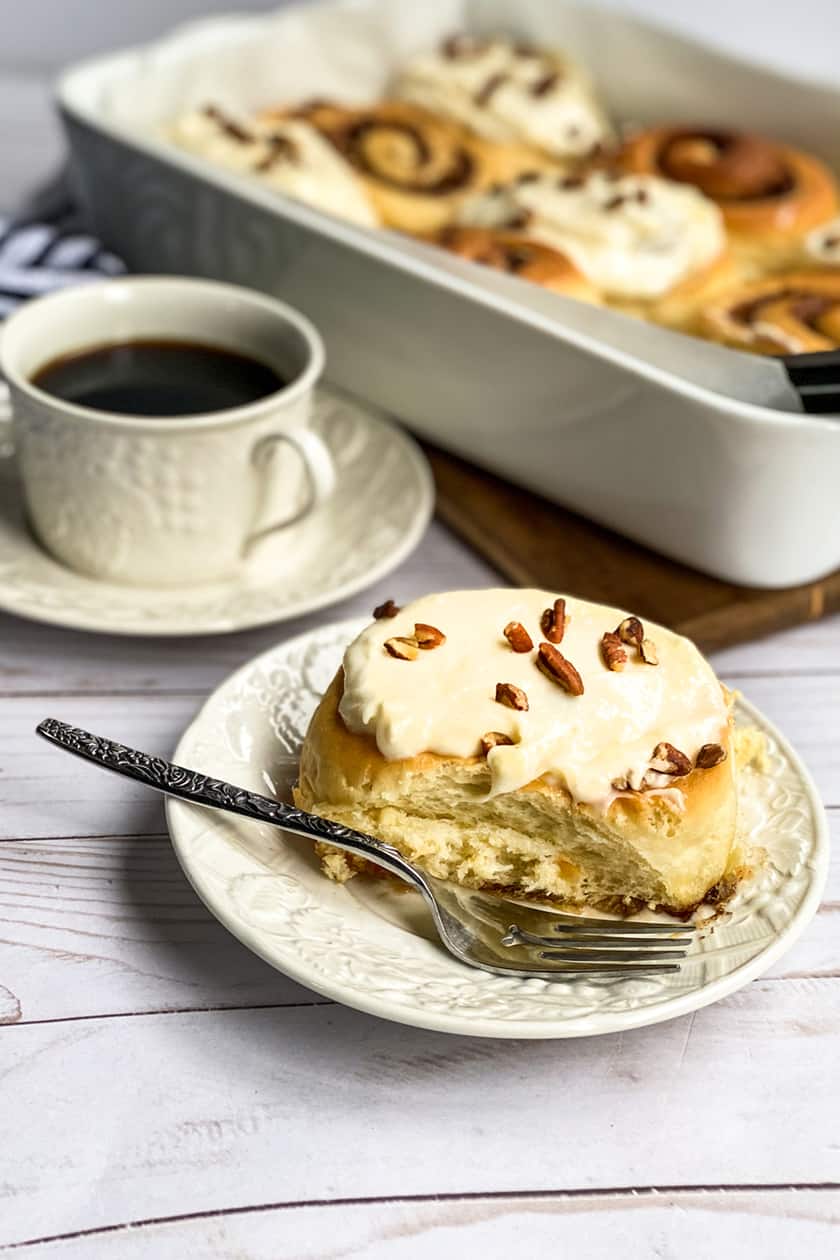 We like to use instant yeast when possible. But when we run out, active dry yeast works just as well. Simply add the yeast and sugar to the warm milk mixture. Let proof about 5 minutes before adding it to the dry ingredients. Be careful that the milk is no too hot when adding yeast.

To Make Ahead (Overnight):