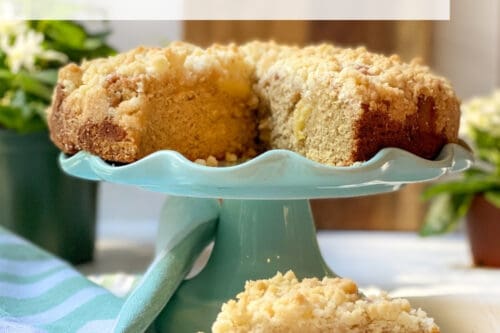 This Irish Apple Crumble Cake is a moist and tender, buttery cake that’s packed with fresh apples and topped with a delicious crumble. And easy? Oh my, yes. Delicious? Absolutely! 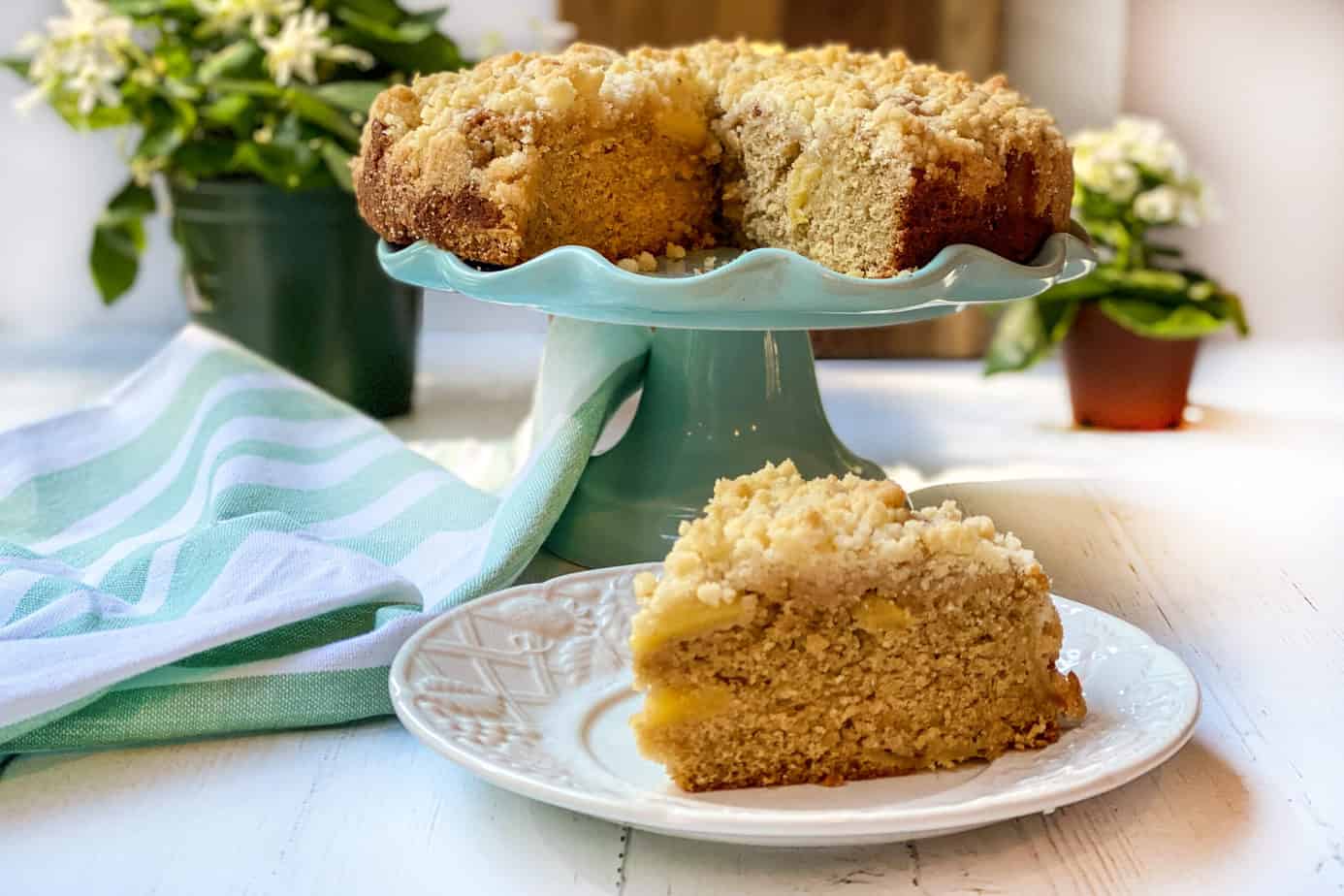 Fair warning, the aroma coming from your oven will make everyone in the house hungry, before dinner… or tea! 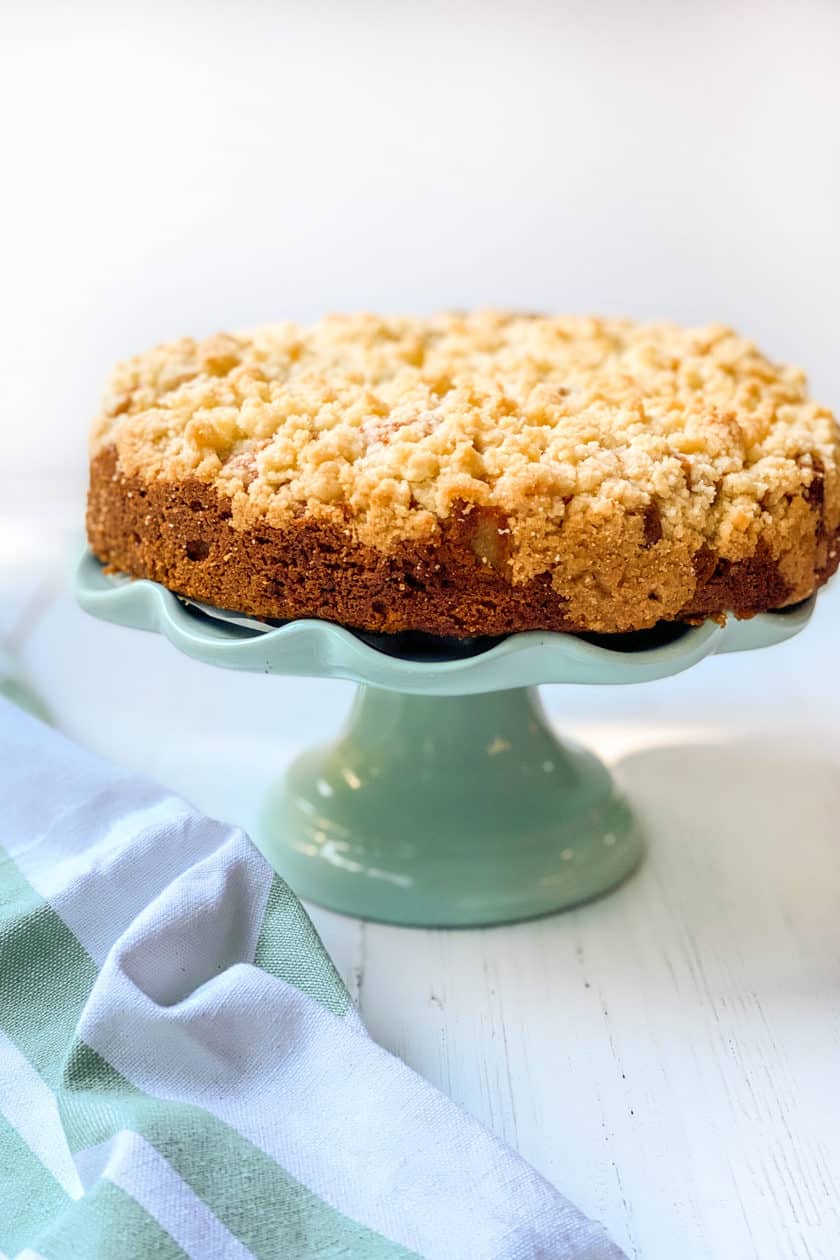 I recently read an interview, which I referenced in our Irish Scones Recipe, where well-known Irish baker, Catherine Leyden, said Irish scones are second only to an Irish apple tart.

It’s been noted that “Apples have been grown in Ireland for at least 3000 years. Indeed, St. Patrick is said to have planted a number of apple trees in Ireland, including one at Ceangoba, a settlement close to where Armagh is now situated.”

So important are apples and apple trees in Ireland that penalties were leveled to protect the fruit.

“Early monastic records tell us that the monks were given apples with their meals, especially at festival times. The Brehon laws (originating between 2000 and 1000BC) stipulated that anyone cutting down an apple tree would be subject to a severe penalty; namely a fine of five cows, and even removing a limb or branch would warrant a fine of some sort.”

All of that to say… I always think of apples on St. Patrick’s Day.

And much like our Irish Apple Cake, this Apple Crumble Cake is a bit of a marriage between that cake… and a coffee cake with its so delicious streusel topping. 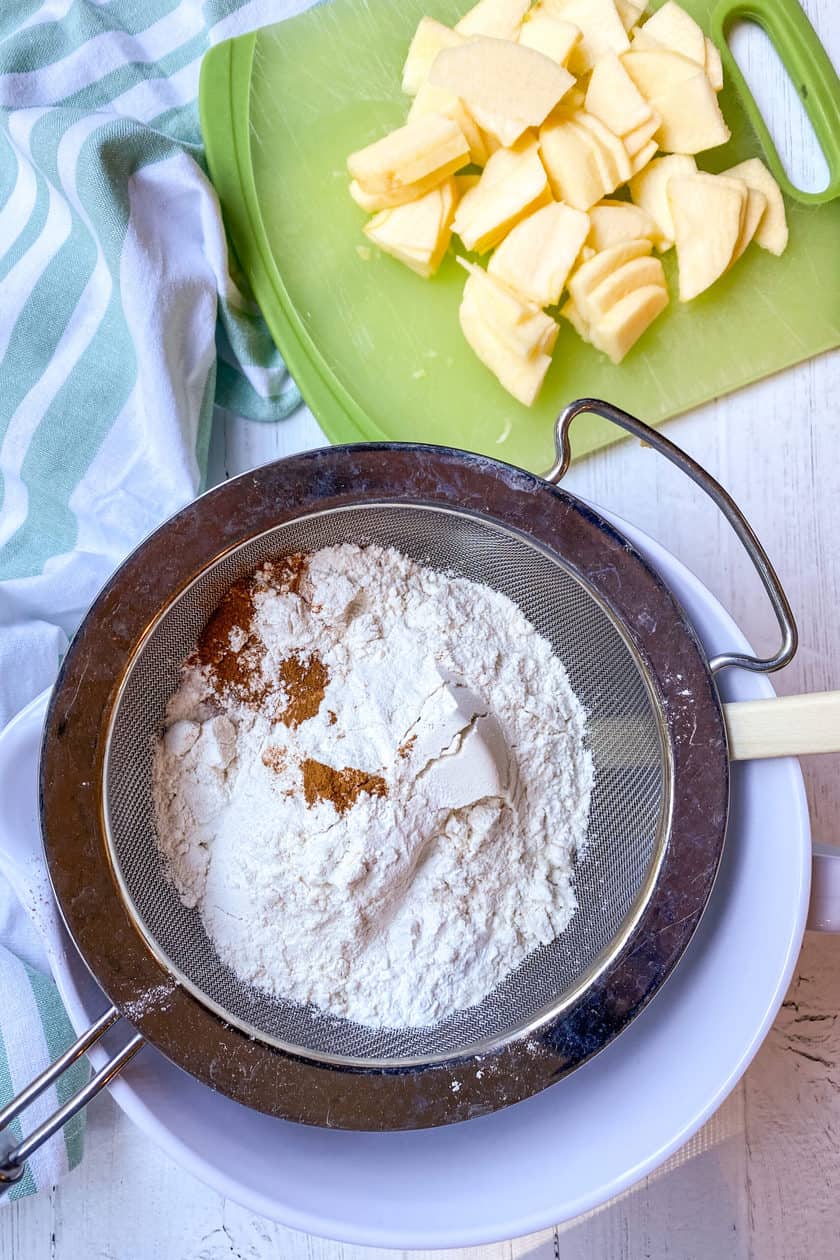 The ingredients are simple but the buttery cake, sweetened with fresh apples, and warmed with cinnamon is anything but simple. 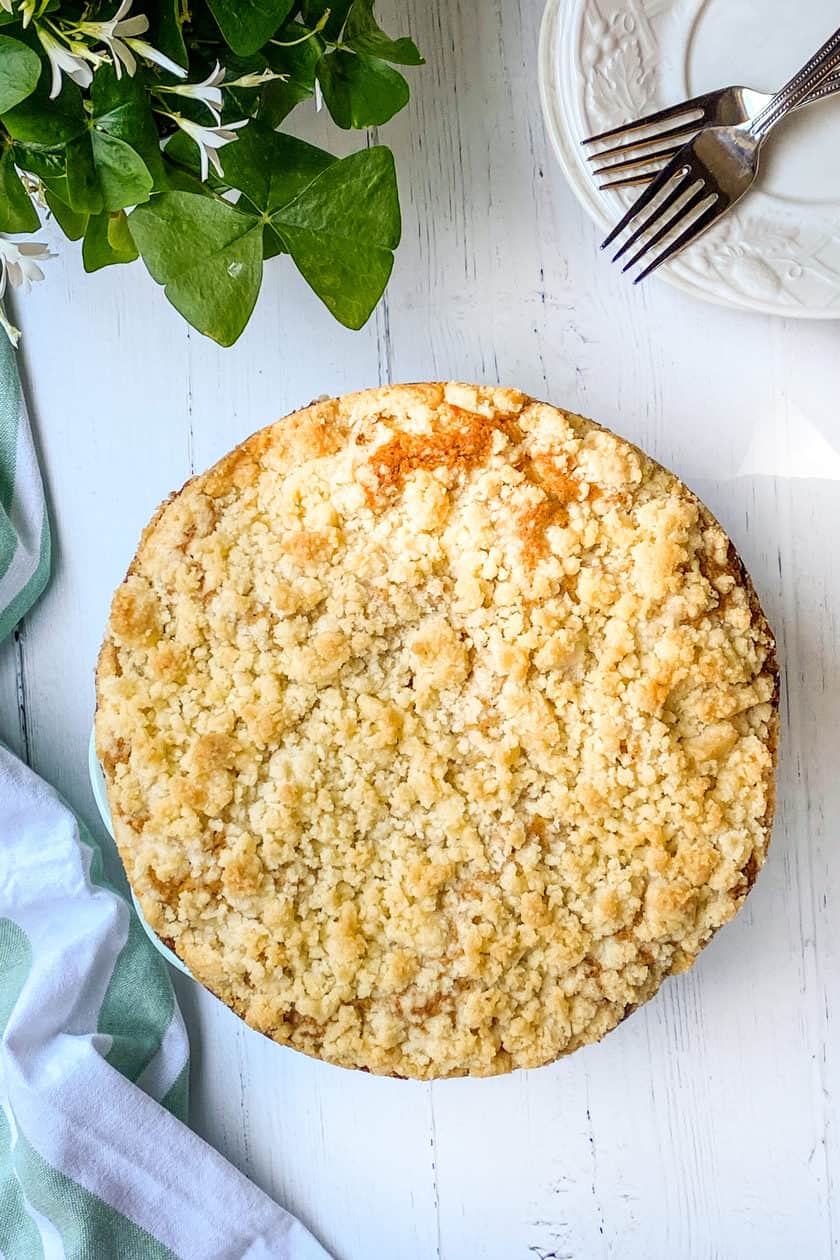 How to Make the Apple Crumble Cake

Begin by making the crumble. Combine sugar, flour, and butter in a food processor or with your fingertips, until they resemble coarse crumbs. Set aside.

With an electric handheld mixer, cream the butter until it’s pale and fluffy, then beat in the brown sugar.

Next, add the eggs, one at a time, and beat until fully incorporated.

Sift together the flour, baking powder, salt, and ground cinnamon; fold into the butter mixture. The batter will be very thick. Then fold in the chopped apples and transfer to an 8-inch cake pan, preferably with a removable bottom.

Sprinkle the crumble topping over the cake and bake for 40 to 45 minutes. Let cool before cutting into wedges and serving. 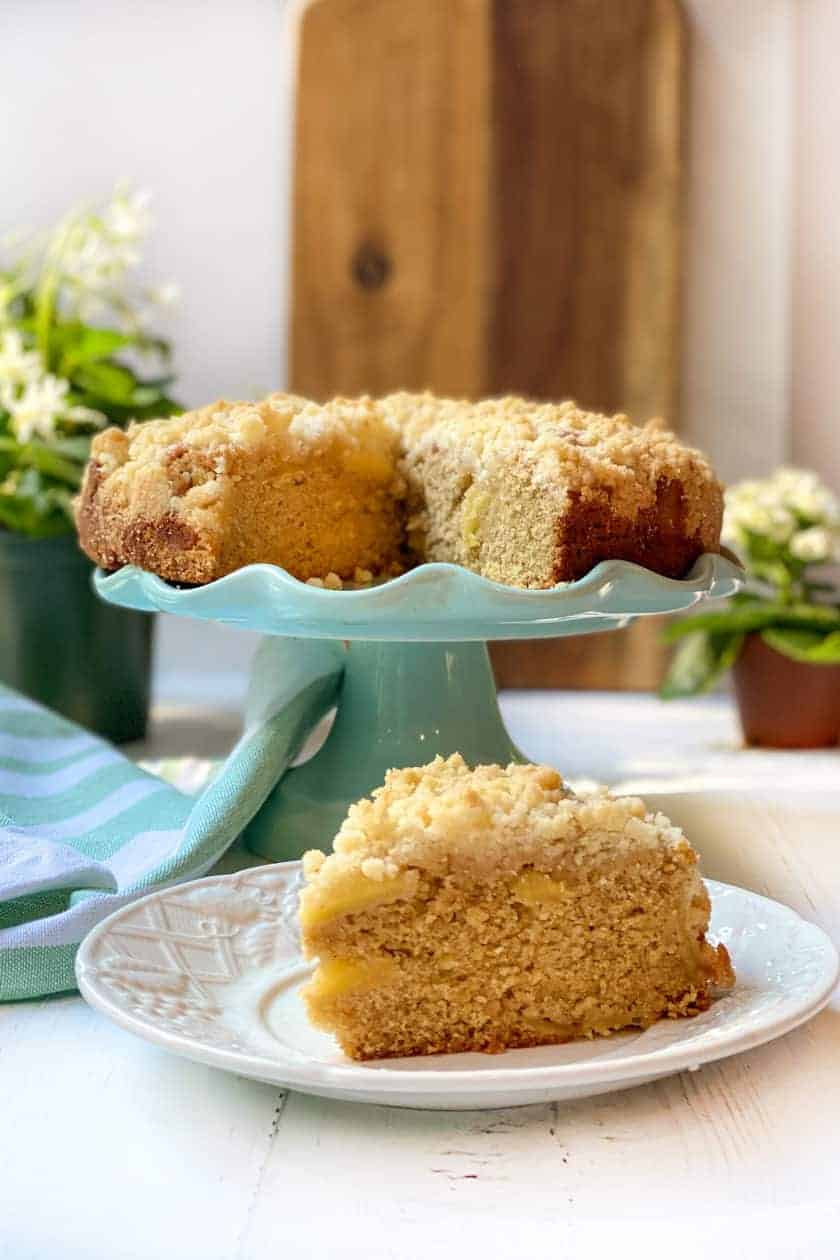