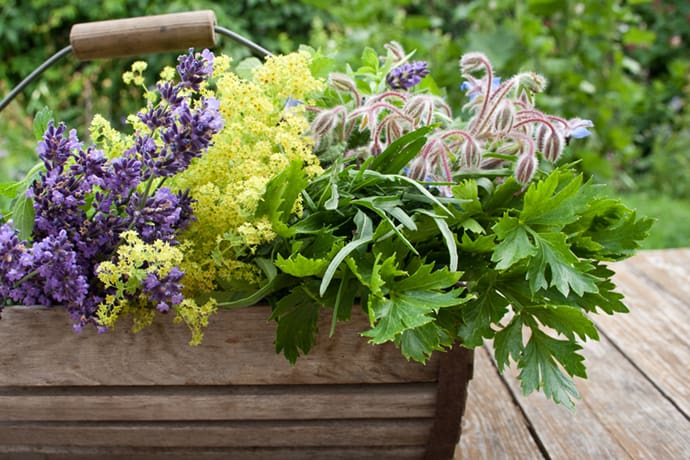 We consume herbs every day. Many of us are intimately aware of an herb’s particular nuance, its flavor — which we like best, and which we like least.

However, many of us know only what herbs can add to our culinary endeavors. We are largely unaware of how valuable herbs can be as natural methods to soothe ailments.

Short History on Medicinal Herb Use

Medicinal herbs and medicinal herb gardens have been cultivated for thousands of years. Their benefits documented throughout history. The oldest known list of medicinal herbs is Shen Nung’s Pen Ts’ao or Shennong Ben Cao Jing (c. 3000 B.C.), a Chinese herbal that is probably a compilation of an even older oral tradition.

The ancient Greeks and Romans were also known herbalists. The art continued throughout the Middle Ages, preserved in the monasteries of Britain and Europe, which served as early medical schools.

The U.S. National Library of Medicine says, “Healing with medicinal plants is as old as mankind itself. The connection between man and his search for drugs in nature dates from the far past, of which there is ample evidence from various sources: written documents, preserved monuments, and even original plant medicines.”

And continue, “Contemporary science has acknowledged their active action, and it has included in modern pharmacotherapy a range of drugs of plant origin, known by ancient civilizations and used throughout the millennia. The knowledge of the development of ideas related to the usage of medicinal plants as well as the evolution of awareness has increased the ability of pharmacists and physicians to respond to the challenges that have emerged with the spreading of professional services in the facilitation of man’s life.” 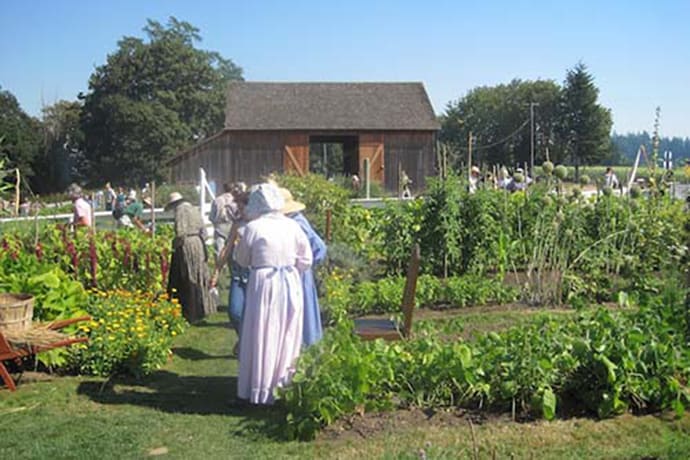 While traveling on spring break, we visited the historic Champoeg State Park in Oregon. While we’ve visited countless times over the years, I’ve yet to accomplish a visit while their living historians are working in the horticulturally accurate 1860’s Kitchen Garden, which will happen Saturday’s throughout July and August. 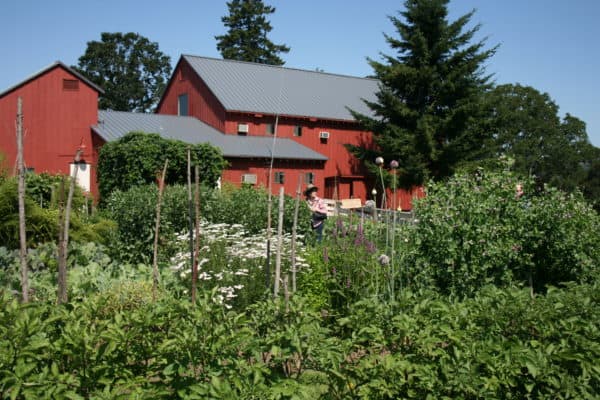 I picked up a hand-drawn map of the still mostly dormant garden and was thrilled at the variety of fruits, vegetables, flowers and yes … herbs available and readily used by 19th-century gardeners.

Medieval herb gardens:  The earliest formal garden to survive the Middle Ages, found on the St. Gall plan, dates to the ninth century. This master plan for an ideal Benedictine monastery includes a large, rectangular kitchen garden with 18 beds of vegetables and a smaller square garden with 16 beds of medicinal herbs. Both gardens are walled and are laid out in two parallel rows of rectangular raised beds, each bed devoted to a single species.

Renaissance Knot Gardens: During the Renaissance, garden makers went beyond the basic forms of the medieval garden, organizing the squares and rectangles into more complex patterns. The knot, with its decorative interlacing bands of clipped herbs, became a feature of the pleasure garden. A geometric design within a square, rectangle, or circle was drawn on the ground, and each figure in the pattern was planted out with a single herb, closely clipped to maintain the design. 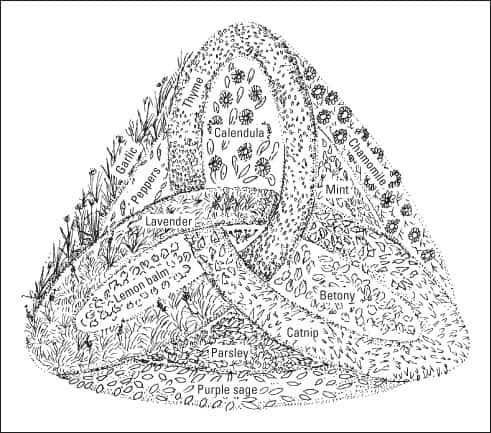 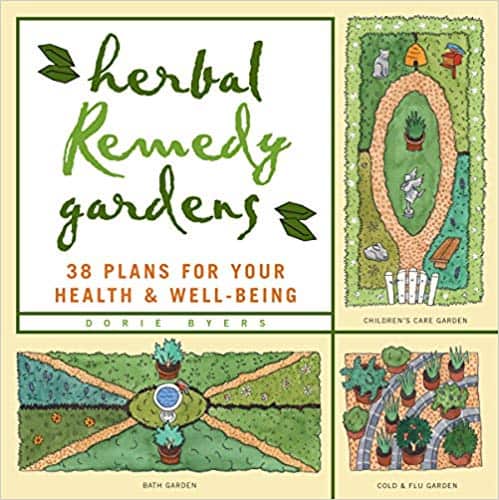 Herbal Remedy Gardens (Storey Books, 1999), by Master Gardener Dorie Byers (Amazon affiliate link). With more than 30 examples of garden plans and tips on caring for 25 medicinal herbs, this book belongs in any gardener’s library. The following is a simple corner medicinal herb garden plan with herbs specific to treating and preventing colds and flu. 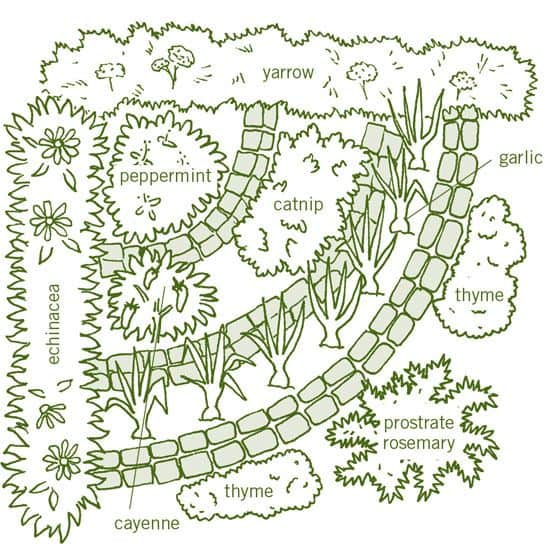 Below is a list of posts we’ve compiled on common herbs found in historic medicinal gardens. Each post contains information of the herb’s medicinal uses, growing tips, and more. 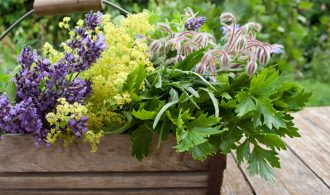 We consume herbs every day. Many of us are intimately aware of an herb's particular nuance, its flavor -- which ...
Read More 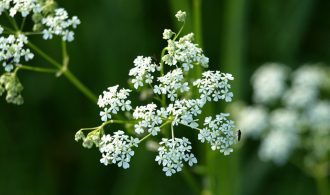 Yarrow antispasmodics, astringents, colds, fevers, digestive Yarrow is a plant that, well, almost resembles a weed because you will see ...
Read More 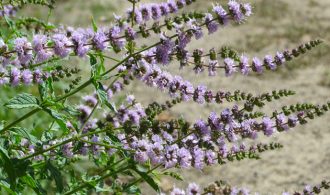 Spearmint: primarily digestive, used to treat nausea and other stomach ailments History: As most of our medicinal herbs have, spearmint ...
Read More 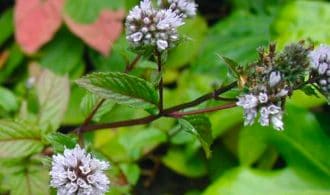 Peppermint: stomach ailments, IBS, nausea, indigestion, colds. Peppermint is one of those herbs that seem, well, very un-herb-like. We, or ...
Read More 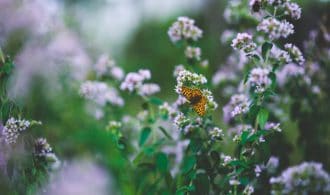 Golden Oregano: antiseptic, stomach and respiratory ailments, anti-fungal, antibacterial, cancer. Oregano is one of those herbs that most everyone knows ...
Read More 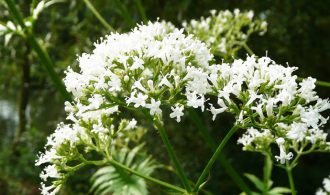 Valerian Root: sleep disorder, anxiety, headaches, depression, IBS. Valerian Root is one of the herbs I was least familiar with ...
Read More 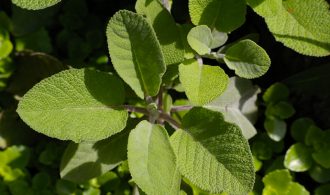 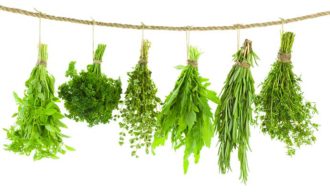 When the summer sun warms our gardens, enticing tender leaves to bring forth abundant fruit and vegetables, everything we feed ...
Read More 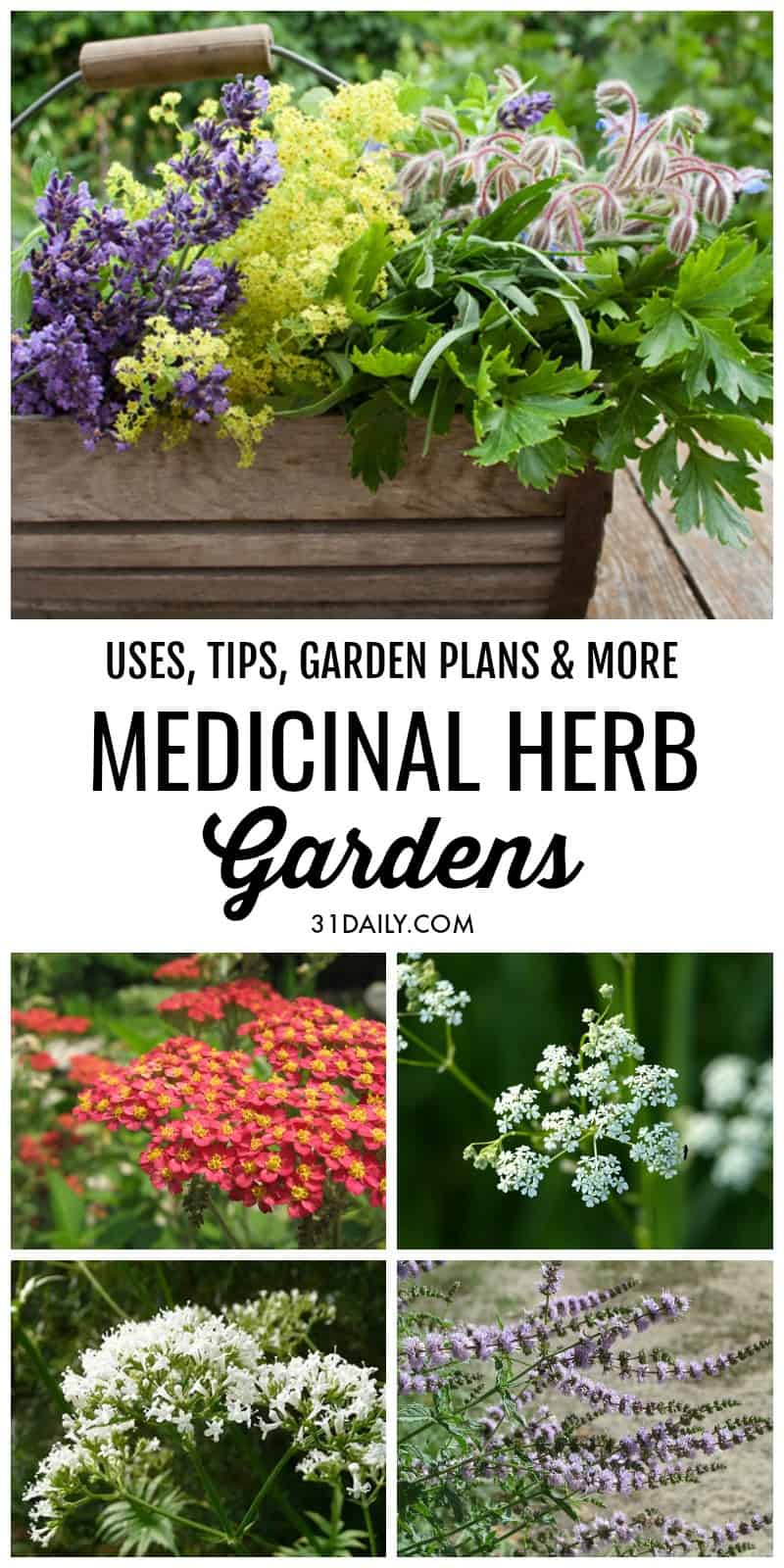