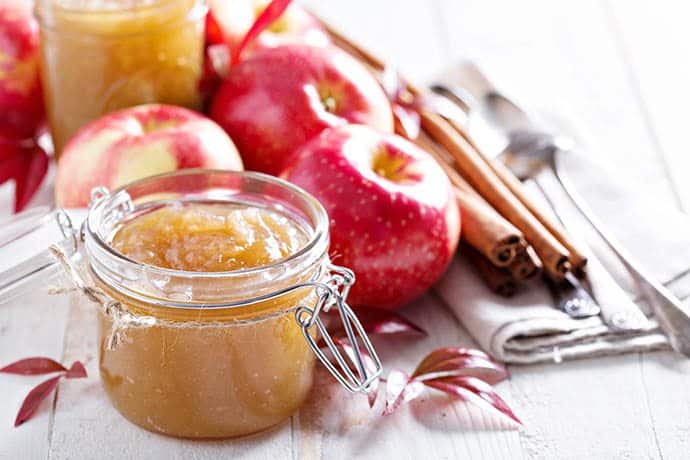 This Slow Cooker Apple Butter is an old fashioned, treasured recipe made easier in the slow cooker. Once taking hours to achieve caramel-colored apple butter, the slow cooker does the work for you.

The limbs of the apple trees are becoming heavy with fruit, shiny and beautiful red globes of sweetness.

I couldn’t help stopping our car on the country road leading back to my parents’ house to capture the apple tree laden with fruit. 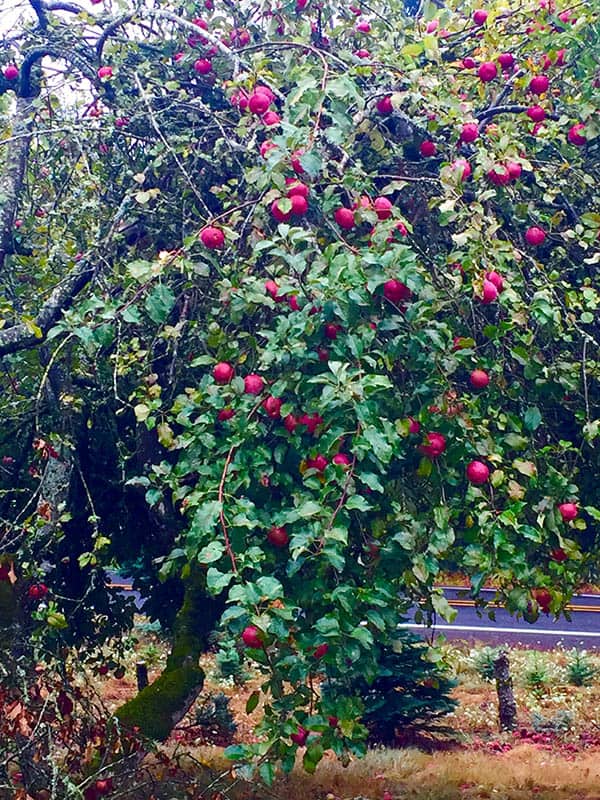 When apples are ripe for picking — there are a million ways to enjoy their sweetness. Apple cakes and crisps, fritters, pies and tarts, muffins, breads, and scones.

While apples are delicious in many things, apple butter is a sweet treat that stands alone. Almost like a category unto itself.

It’s cozy and homey, invoking life as it used to be. It reminds me of my grandmother’s apple butter, so sweet and cinnamony, I can still taste it, warm from her kitchen.

While it does take hours to make, using a slow cooker makes the process so much simpler. So easy, in fact, that it almost makes itself.

It can cook for hours on your counter, sweetening your day with its fragrance, or you can let the slow cooker work its magic overnight and wake up to an incredible aroma in the morning. 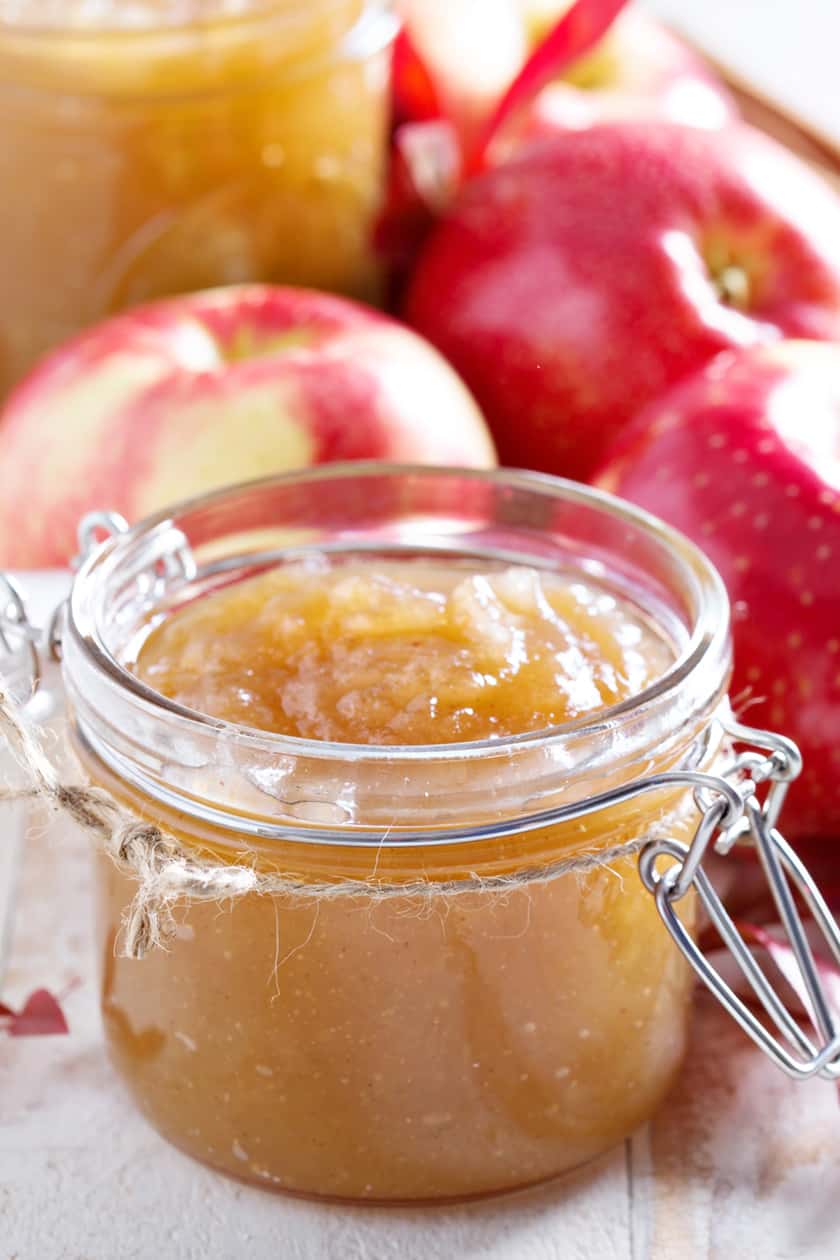 Abundant with apples, colonial Americans looked for ways to preserve and enjoy the fruit. Well into the 19th century, apple butter was a favorite standard.

The term “butter” refers only to the thick, soft consistency and is used most often as a spread for bread and toast, but also as a side dish, or as an added ingredient in baked goods.

The Pennsylvania Dutch often include apple butter as part of their traditional seven sweets and seven sours dinner table array.

Apple butter is wonderful served on toast or English muffins, as a condiment to chicken or pork, or even on deli sandwiches. Try it with your next turkey sandwich!

I love to use a combination of apples that include; Golden Delicious, Honeycrisp, Fuji, and Gala

Place all the ingredients into a 6-quart slow cooker, cover and cook on LOW for 10 hours, or overnight. It's a wonderful aroma to wake up to.

After 10 hours on LOW, uncover and stir. Cook until the apples are very tender and the mixture has thickened and becomes dark brown. Process the apple mixture with a blender or immersion blender until smooth. Cool before refrigerating or freezing in air-tight containers.