This ultra-simple Slow Cooker Apple Crisp is bursting with juicy apples, warm with cinnamon spice and virtually cooks itself. It’s an autumn must cook. 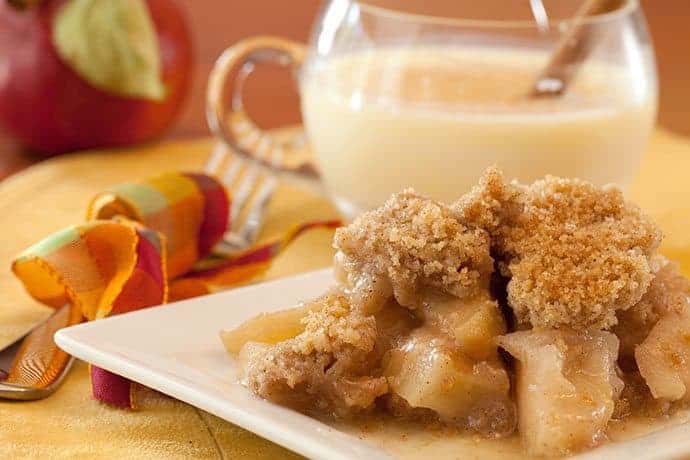 And when it’s apple season — and I can’t think of a better way to celebrate it than with this fall classic.

Apple Crisp (or Apple Crumble) is a quintessential autumn dish. An incredibly delicious seasonal comfort food that I love to make as soon as the new crop apples begin showing up in our market. Or, if I’m fortunate enough to have just visited the Yakima Valley where my parents grew up, straight from the apple orchard.

And the slow-cook method is not only convenient but a bit indulgent. I get to work in my office and smell the apples baking — for hours. It’s a happy day when that happens! 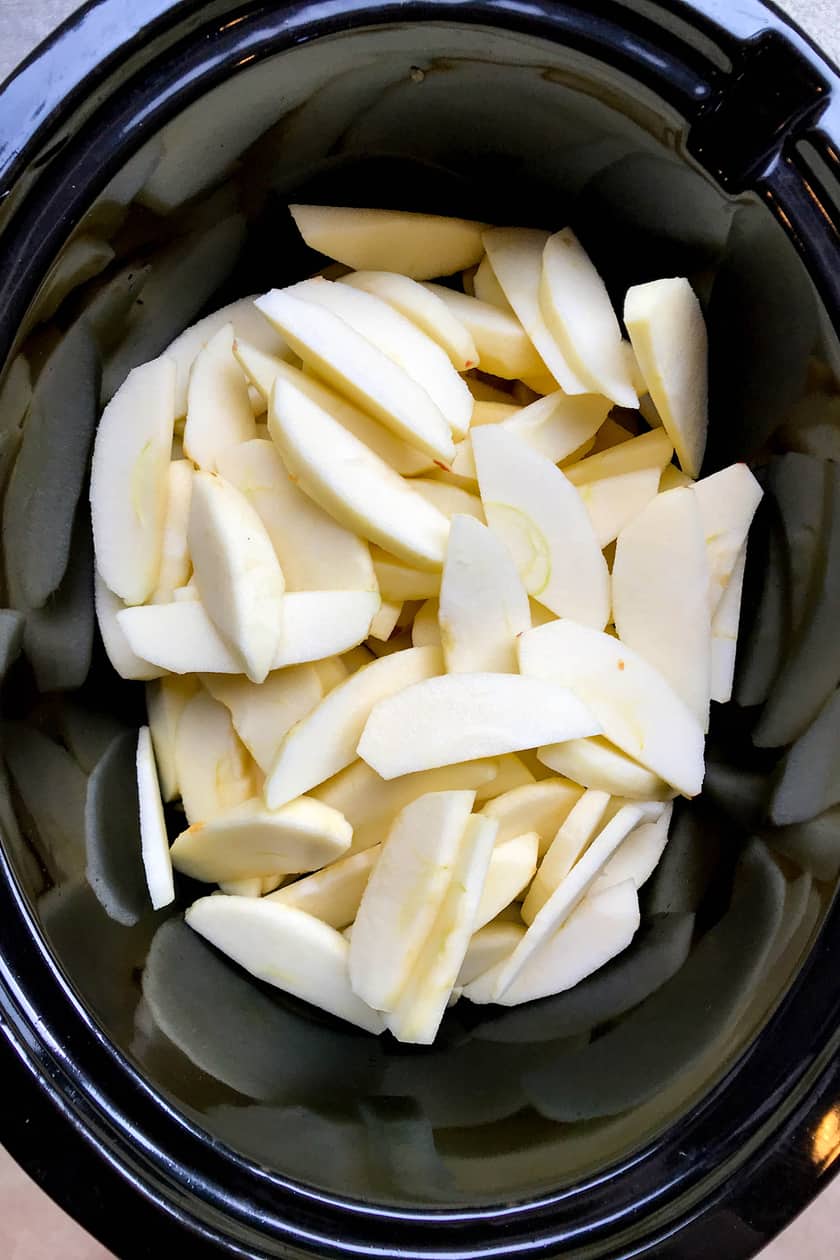 The first reference to an apple crisp recipe doesn’t occur until 1924 in Everybody’s Cook Book: A Comprehensive Manual of Home Cookery, by Isabel Ely Lord.

In the same year, the recipe makes an appearance in a newspaper article featured in Wisconsin’s Appleton Post Cresent.

While rather a newcomer in culinary history, it quickly became an autumn classic favorite in British, American, and Canadian households. 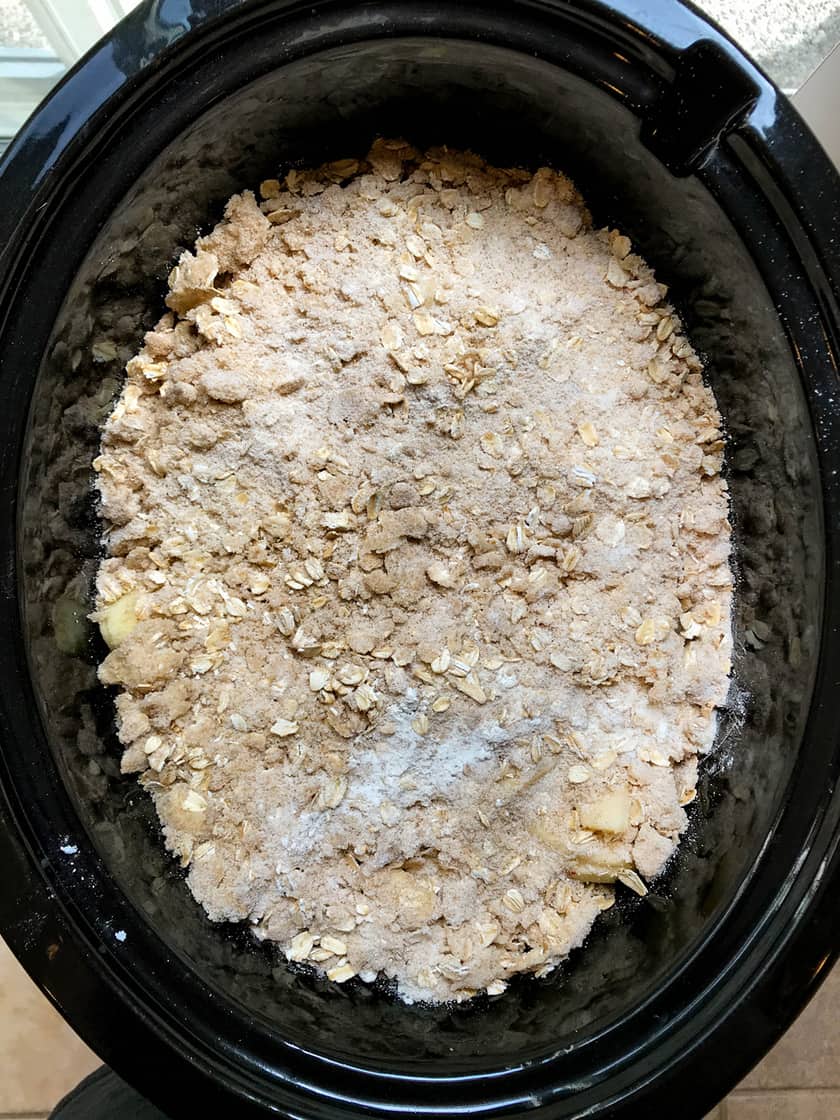 A distant cousin, the apple pandowdy, a similar variation to an apple crumble or crisp, first appeared in Miss Corson’s Practical American Cookery in 1886.

And whether you call it apple crumble, or apple crisp, the dish defines the season. 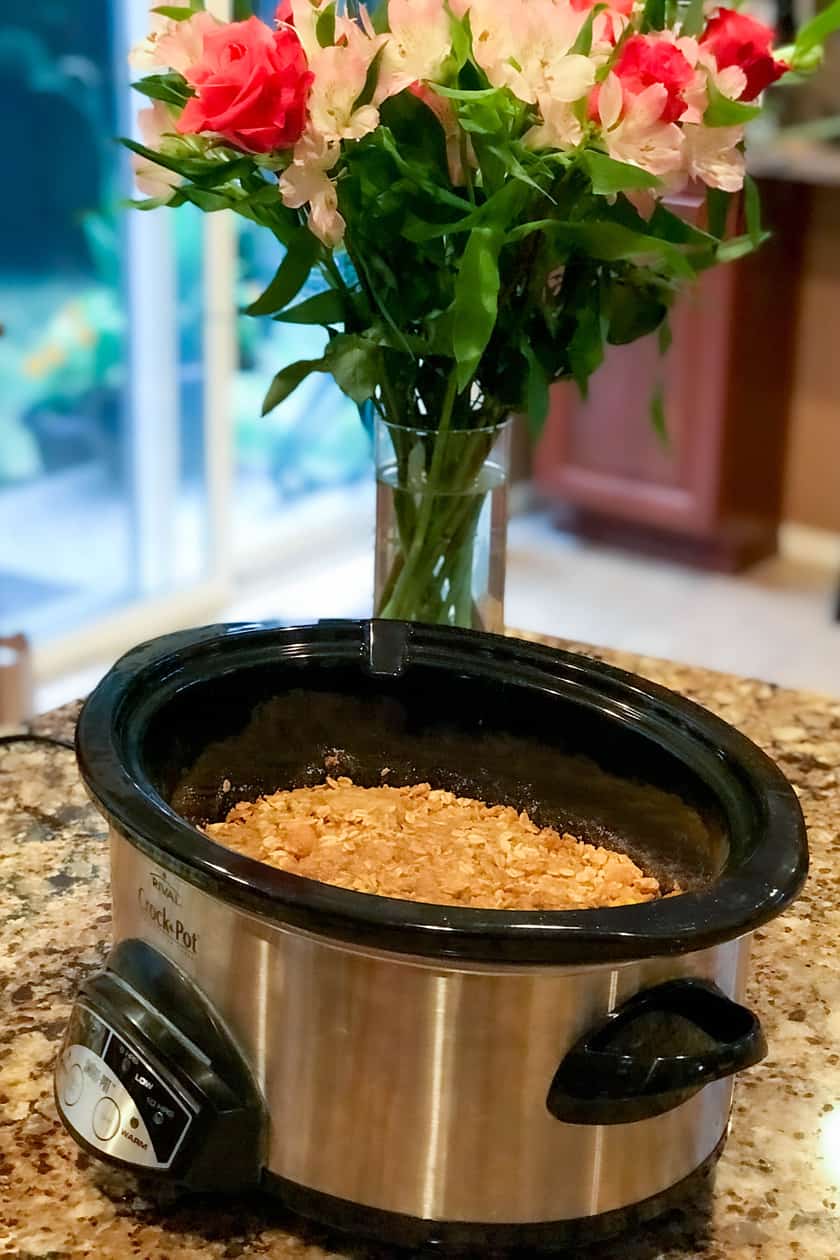 Slow-cooking an apple crisp — or crumble isn’t much different than the traditional oven method. But it’s incredibly convenient, permeates your home with the fragrance of autumn, and is a welcome dessert after a chilly fall day.

One secret to an amazing apple crisp is, of course, the quality and variety of the apple. Each presents a unique flavor and texture. My favorite variety is an old-fashioned favorite, Golden Delicious. 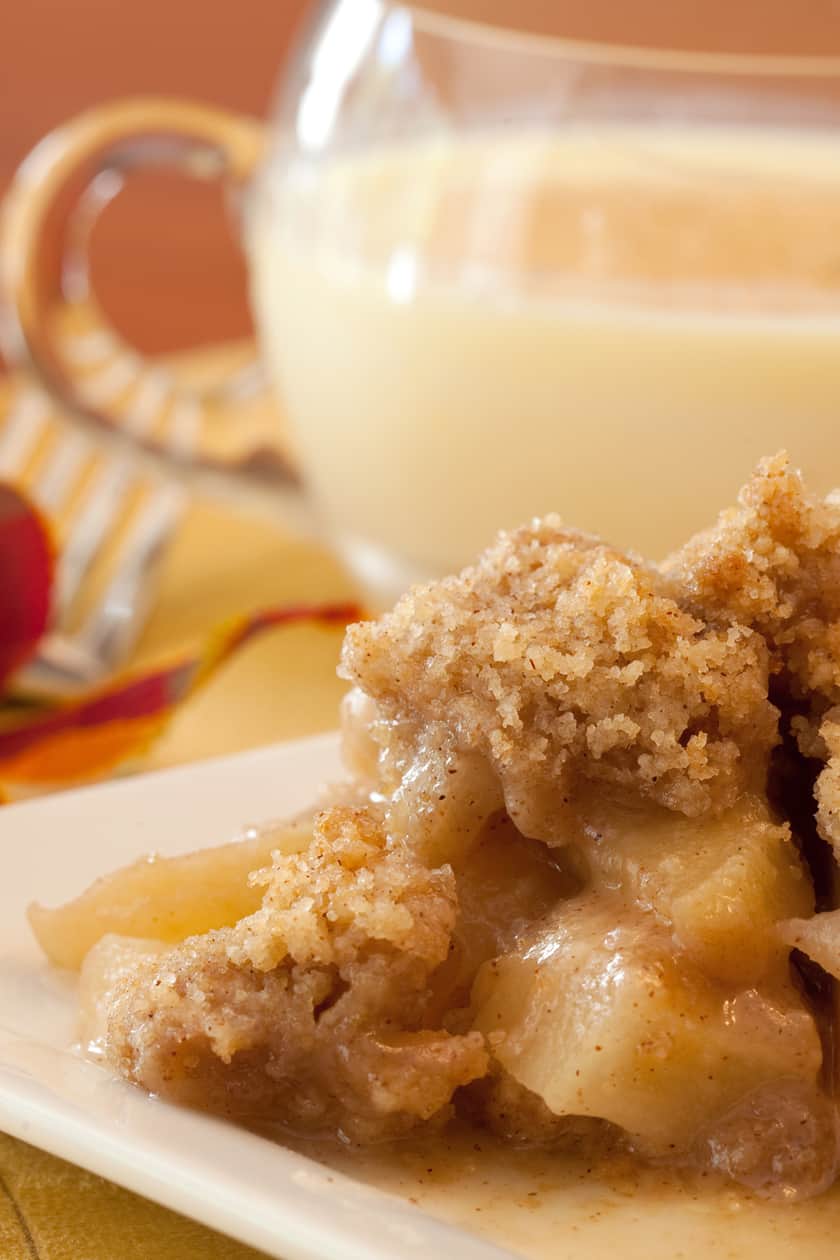 Sometimes the right tool makes everything better. This one is saving me loads of time in the kitchen! 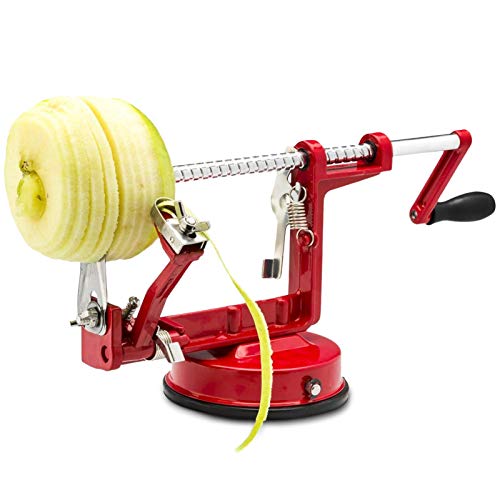 This recently purchased kitchen tool is cutting my apple recipes prep at least in half. Highly recommended!

My favorite variety of apples to use in apple crisp is Golden Delicious, but if you like a more tart apple, a Honeycrisp or Granny Smith is really yummy too!

I like to place a kitchen towel or paper towel under the lid of the crockpot. It helps to absorb any extra liquid and brown the topping. Purely optional. 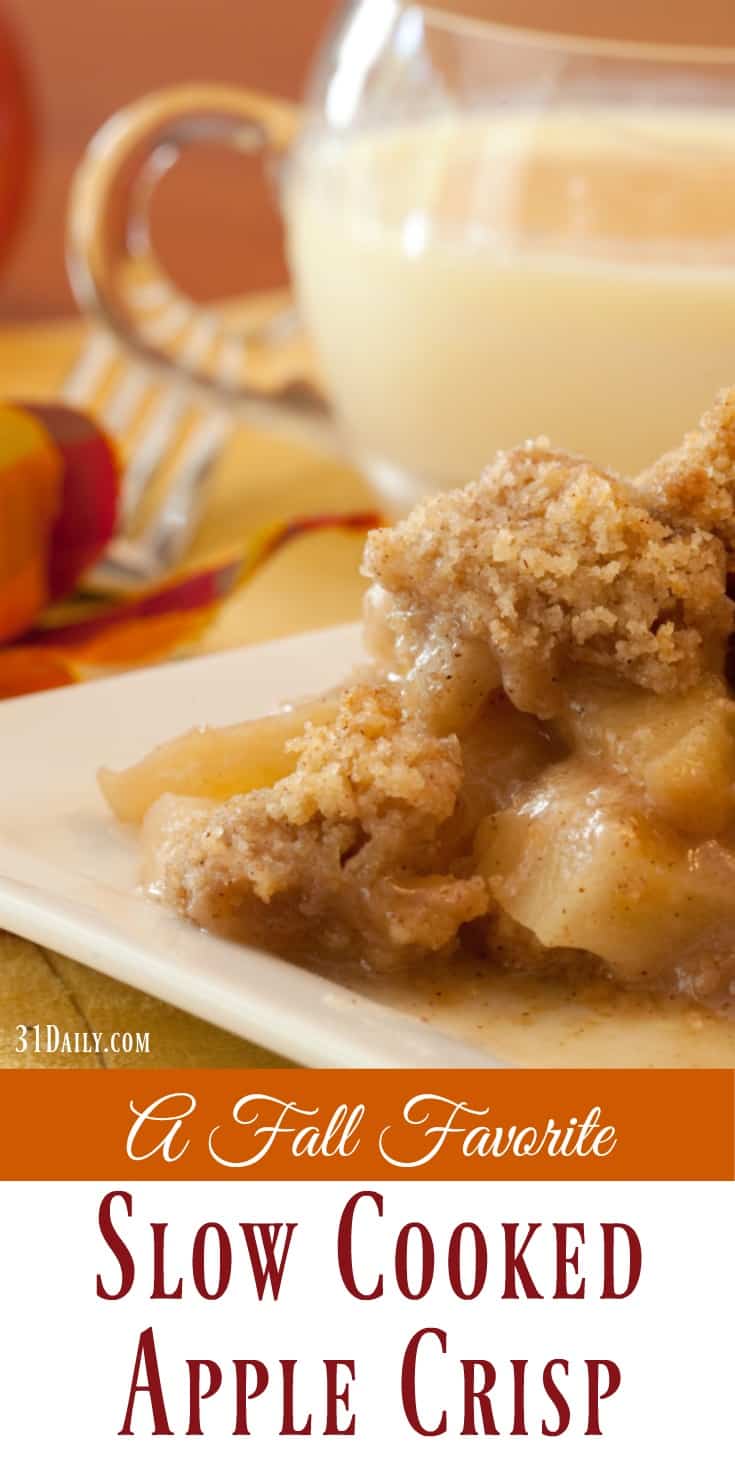 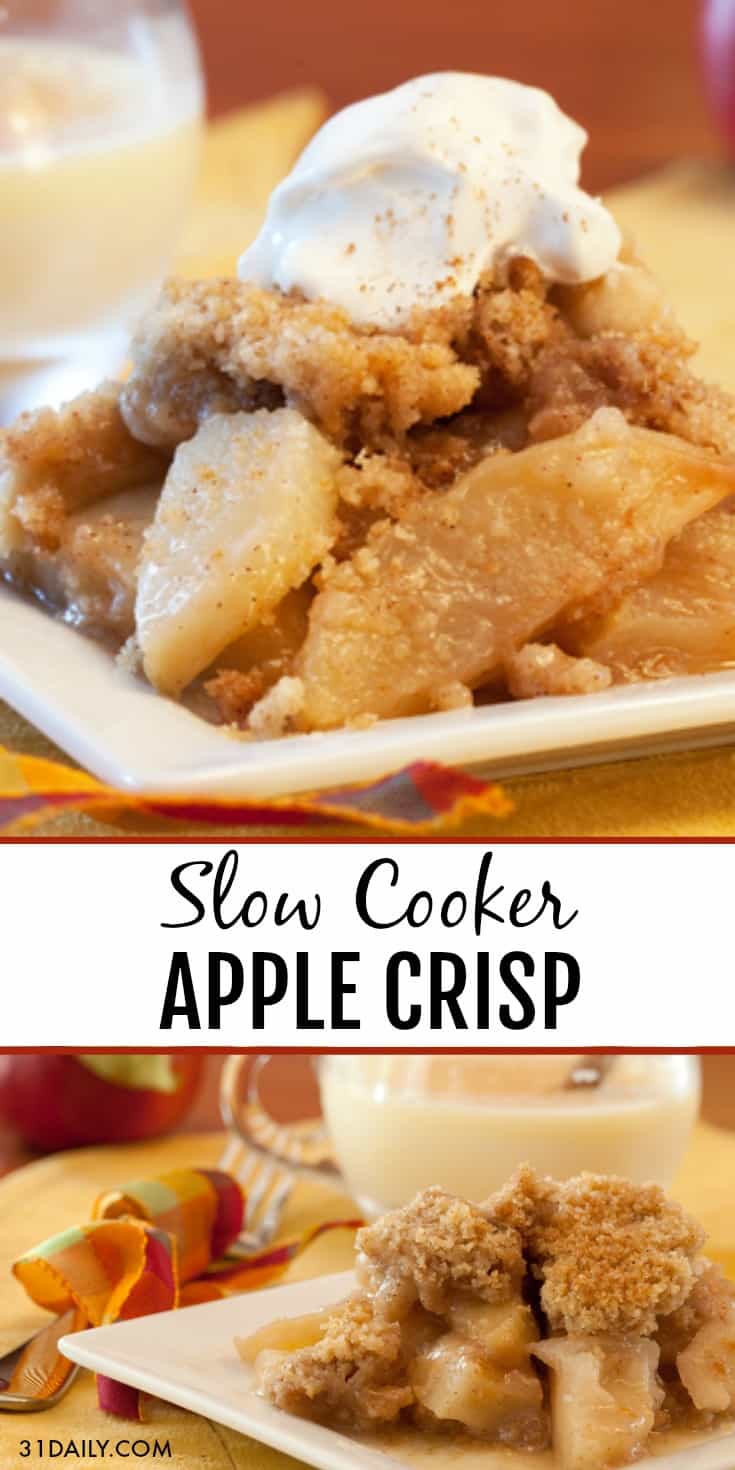