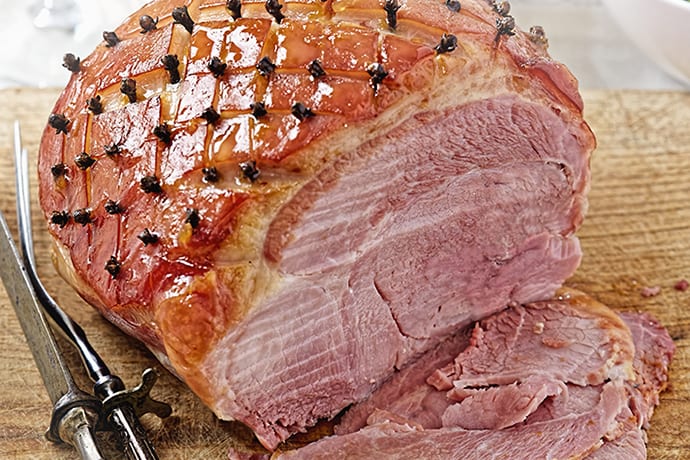 Have you ever tried cooking your holiday ham in a slow cooker? If so, you know what I mean. If you haven’t, you’re in for a treat. This is an easy and delicious slow cooker holiday ham recipe you will definitely want to make this year.

A ham glistening with a fragrant glaze makes a deceptively dramatic dish, especially considering how simple it is to make. Cutting a diamond pattern into the skin takes just minutes and studded with cloves cooks into an elegant finish.

This ham recipe is a go-to, party dish— and will be the easiest holiday ham you’ll ever make. Cooking a ham in a slow cooker keeps it moist and flavorful without any fear of drying out.

In fact, it’s the low, slow heat of the slow cooker that gently braises the ham with a simple-to-make, succulent glaze you simple pour over the ham. In the end, it makes a delicious sauce to serve alongside the tender ham.

And a bonus… it frees up space in your oven for other holiday dishes.

Look for a fully cooked bone-in ham. I prefer a spiral-cut but either will work easily and deliciously. Butt-end hams tend to fit into slow cookers more readily. Before buying your ham, consider the size of your slow cooker. A 10-pound ham is the largest ham that will fit a 6-quart slow cooker.

How much ham will you need?

A good starting point to figuring out how much ham to buy for your Holiday dinner. 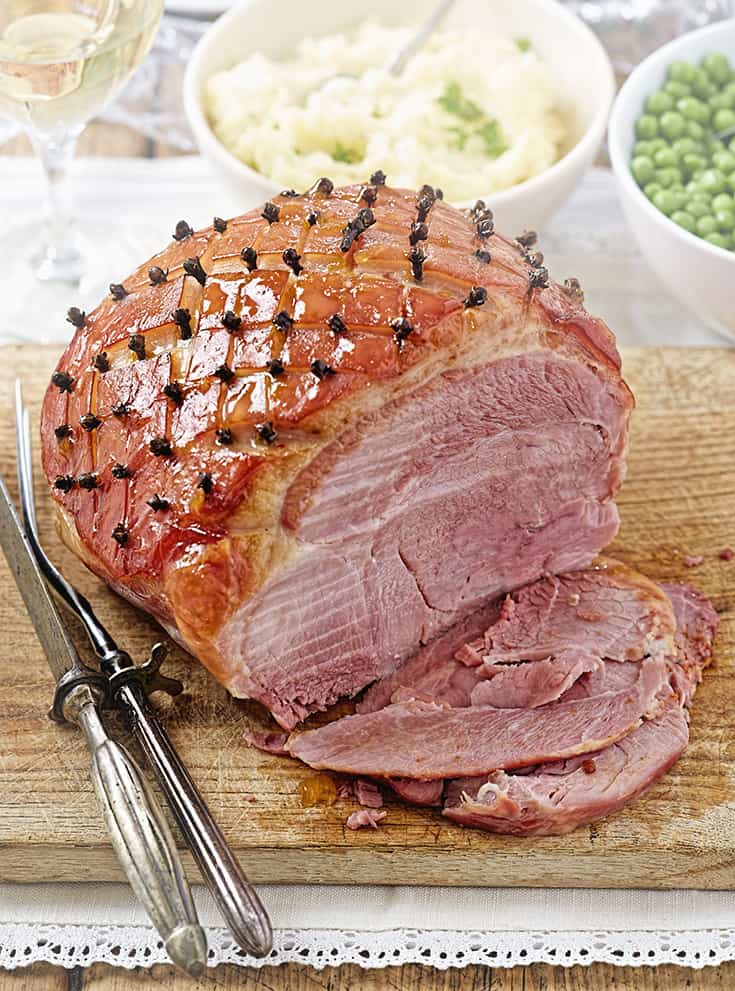 If you’re looking for a different glaze, check out our 5 Easy and Delicious Holiday Ham Glazes.

Simply switch out the glaze ingredients, the cooking instructions remain the same.

Make the glaze: In a saucepan over medium heat, combine the orange zest, juice, brown sugar, cinnamon, and cloves (unless you are studding your ham with cloves). Cook, stirring frequently, until the mixture is thick and syrupy, about 15 minutes. Remove the cloves with a spoon and set aside.

Spray 6- to 7-quart oval slow cooker with cooking spray. Place ham in slow cooker, cut side down. Make sure you can put the lid on, and if not, turn the ham on its side.

Pour the glaze over the ham, coating it as much as possible.

Cover; cook on LOW heat setting 4 to 5 hours (according to manufacturer’s instructions) or until meat thermometer inserted in ham reads 140°F.

Remove ham from slow cooker. Cover loosely with foil; let stand 10 to 15 minutes. Strain any cooking juices to serve alongside the ham. 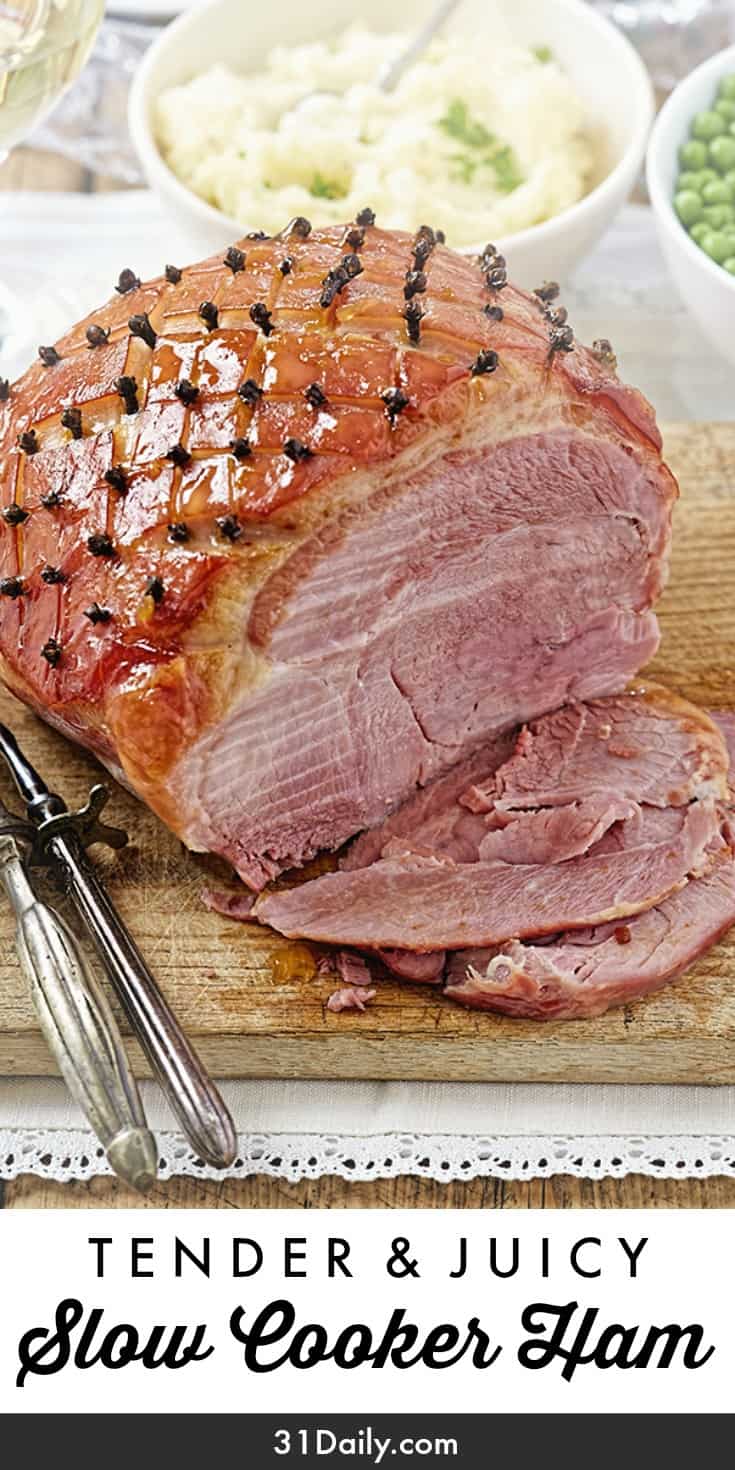