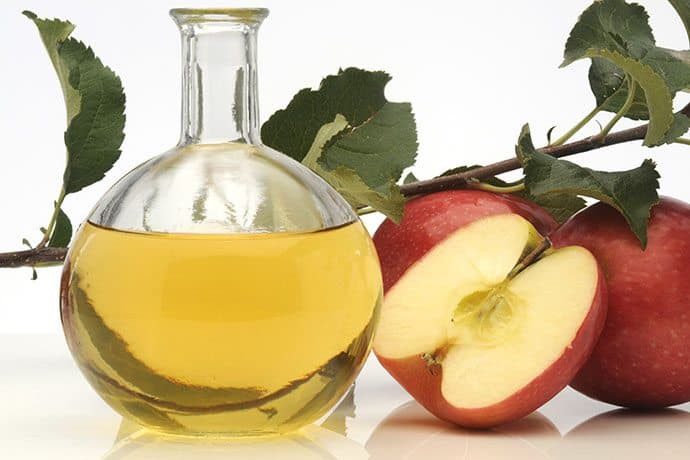 Most likely you have apple cider vinegar sitting in your pantry. Did you know it can do more than simply produce tasty marinades and salad dressings?

Studies find this simple staple is more than just flavorful– it can improve common health ailments ranging from weight loss and digestive aid… to even curing hiccups and heartburn.

Once considered merely a folk medicine, “Vinegar has been used extensively since the era of Hippocrates as an antifungal and antibacterial agent for the treatment of numerous infections and ailments, including persistent coughs, head lice, insect bites, warts, ear infections, and wounds.”

Carol Johnston PhD, who directs Arizona State University’s nutrition program, says, “Based on the writings of US medical practitioners dating to the late 18th century, many ailments, from dropsy to poison ivy, croup, and stomachache, were treated with vinegar, and, before the production and marketing of hypoglycemic agents, vinegar ‘teas’ were commonly consumed by diabetics to help manage their chronic ailment.”

Apple cider vinegar is made by crushing fresh apples, extracting the liquid into barrels and adding bacteria and yeast. It then ferments into alcohol. Finally, an acetic acid bacteria is added to convert the alcohol into vinegar. Acetic acid is the healthy ingredient. While it’s found in all vinegars, apple cider vinegar is more pleasant to drink and is a delicious addition to marinades, dressings, and vinaigrettes.

• Acts as a Probiotic

Jamie Vespa, MS RD explains, “Studies have found that acetic acid, which is found in apple cider vinegar, can help keep control blood sugar levels by inhibiting the enzymes that aid in starch digestion. When starch is not completely digested, the glycemic response (spike in blood sugar) will be lessened. This effect is more moderate when a fiber-rich meal is consumed because the glycemic index is lower to begin with. What’s more, the undigested starch may even have a prebiotic effect and provide some good bacteria for your gut. A healthy gut microbiome can help support digestion, immunity, and even brain function. ACV may even help lower triglycerides. In the same cycle that controls the body’s response to starch, the rate of lipogenesis (or the formation of fat) and triglycerides (a key player in heart disease) is also decreased.”

Johnston says, “Apple cider vinegar’s anti-glycemic effect is very well documented.” She explains that the vinegar blocks some of the digestion of starch. “It doesn’t block the starch 100%, but it definitely prevents at least some of that starch from being digested and raising your blood sugar.”

In a study by Japanese researcher Tomo Kondo and colleagues they reported, “As a result, it was observed that acetic acid itself, the main component of vinegar, significantly reduced both blood pressure (p<0.05) and renin activity (p<0.01) compared to controls given no acetic acid or vinegar.” They also noted “a significant reduction in systolic blood pressure (approximately 20 mm Hg) in spontaneously hypertensive (SHR) rats fed a standard laboratory diet mixed with either vinegar or an acetic acid solution (approximately 0.86 mmol acetic acid/day for 6 weeks) as compared with SHR rats fed the same diet mixed with deionized water.”

How to Take It

Experts recommend dissolving 1-2 tablespoons of apple cider vinegar in 6-8 ounces of water first thing in the morning. They believe it produces the best results to detoxify and kickstart metabolism. It is not recommended to take apple cider vinegar straight without dissolving it in water. Its potent acid can irritate tender tissues of the mouth and throat.

Ways to Use Apple Cider Vinegar 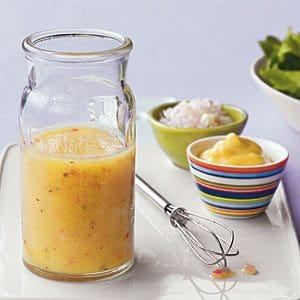 Apple Cider Vinaigrette – Quick and convenient, this vinaigrette comes together in five minutes and is healthier than store-bought dressings. 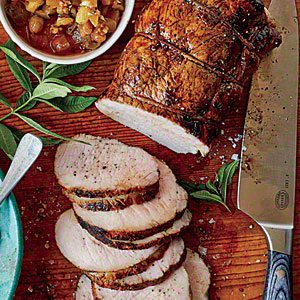 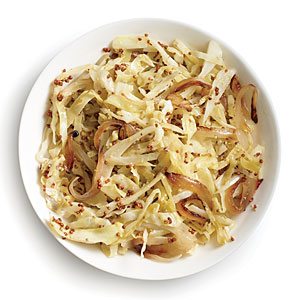 Cider-Braised Cabbage – A fast and delicious side to add to your weeknight meals. 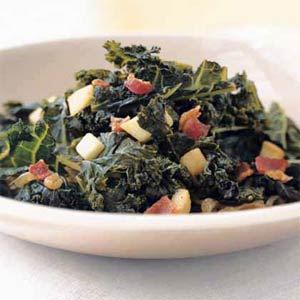 Braised Kale with Bacon and Cider – A suitable side for roast chicken or pork.

Apple Cabbage Salad with Cider Vinaigrette is a favorite cabbage-laden salad, especially served alongside a bowl of hearty chili. The cider vinegar in the dressing helps cut through the rich flavors of the meat.” 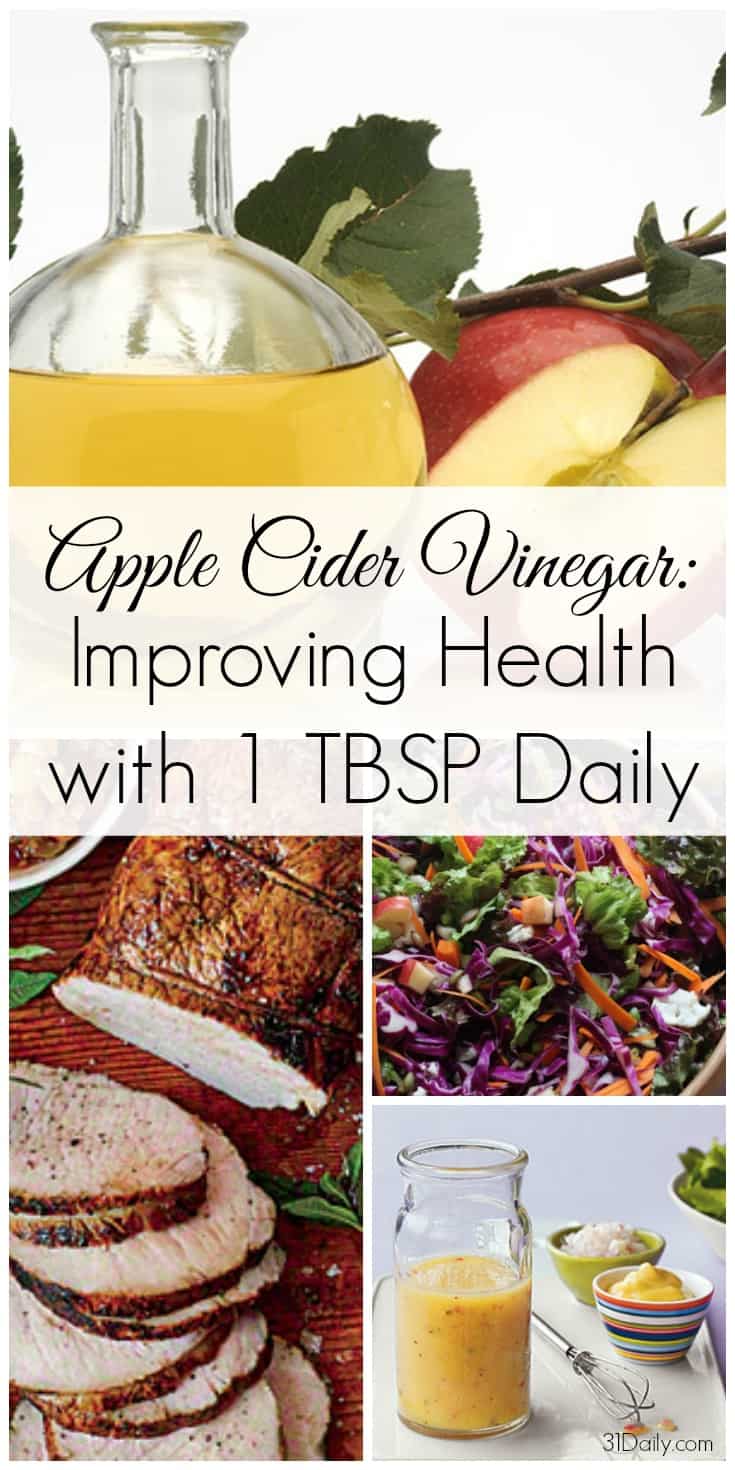