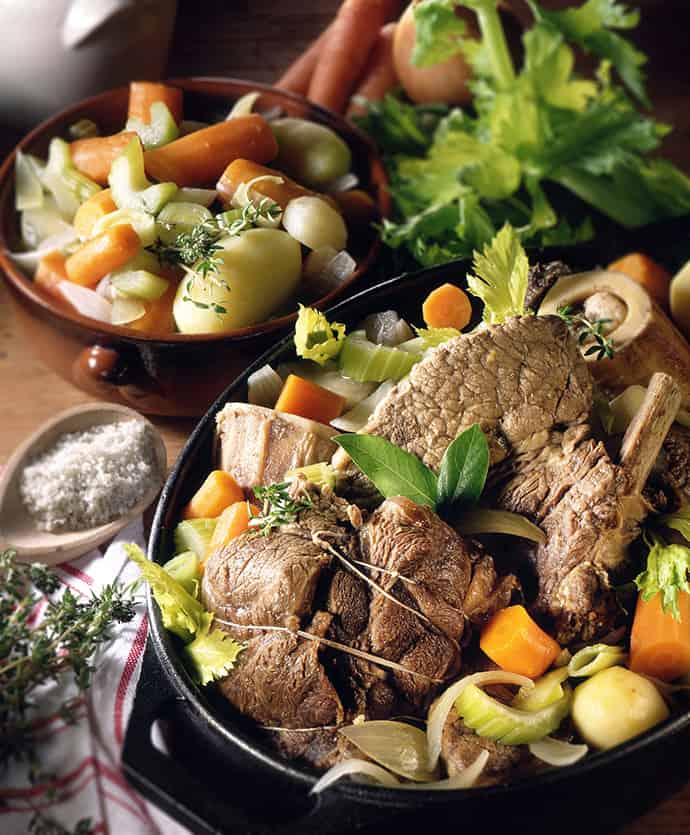 A simple and hearty pot-au-feu, perfect for days when the air is chilled and the fire is warm. Days when you crave the unmistakable aroma of slowly simmering meat and root vegetables to permeate the entire house. the flavorful and tender meat can be slowly cooked to cold winter days when time allows a slowly cooked and flavorful stew.

Pot-au-feu, or “pot-on-the-fire,” is a French Provencial beef stew, where flavorful and affordable cuts of meat, marrow bones and root vegetables are slowly cooked with spices like bouquet-garni, salt, pepper and cloves. Often served with horseradish sauce or Dijon mustard.

Chef Raymond Blanc, raised in Saône, France, and owner and chef at Le Manoir aux Quat’ Saisons, describes Pot-au-Feu as “the quintessence of French family cuisine, it is the most celebrated dish in France. It honours the tables of the rich and poor alike.”

This historic dish was referenced in 1600 by King Henry IV of France (1553-1610) when he declared, “Je veux qu’il n’y ait si pauvre paysan en mon royaume qu’il n’ait tous les dimanches sa poule au pot” translated as, “I want no peasant in my kingdom to be so poor that he cannot have a poule au pot on Sundays.”

Make a bouquet-garni by wrapping the parsley, thyme, rosemary and bay leaf in a piece of moistened cheesecloth and tie into a bundle.

In a large heavy stockpot over medium heat, brown the meat. Add the stock and herbs to the pot. Bring to a boil over high heat, and then reduce heat to low, partially cover and simmer about 2 to 2-1/2 hours until the meat is tender.

Slow-Cooker Method: If using a slow-cooker, layer the bottom with vegetables, place the cuts of meat on top, tuck in the herbs, and pour the broth over the top. Cover and cook on low for 8-10 hours. Taste and adjust seasoning as necessary.

Cut the meat into slices or chunks and add it back to the simmering broth until it is heated through. Season with salt and pepper.

To serve: Ladle the broth into shallow bowls. Add meat and vegetables and serve with horseradish sauce or mustard… or both! 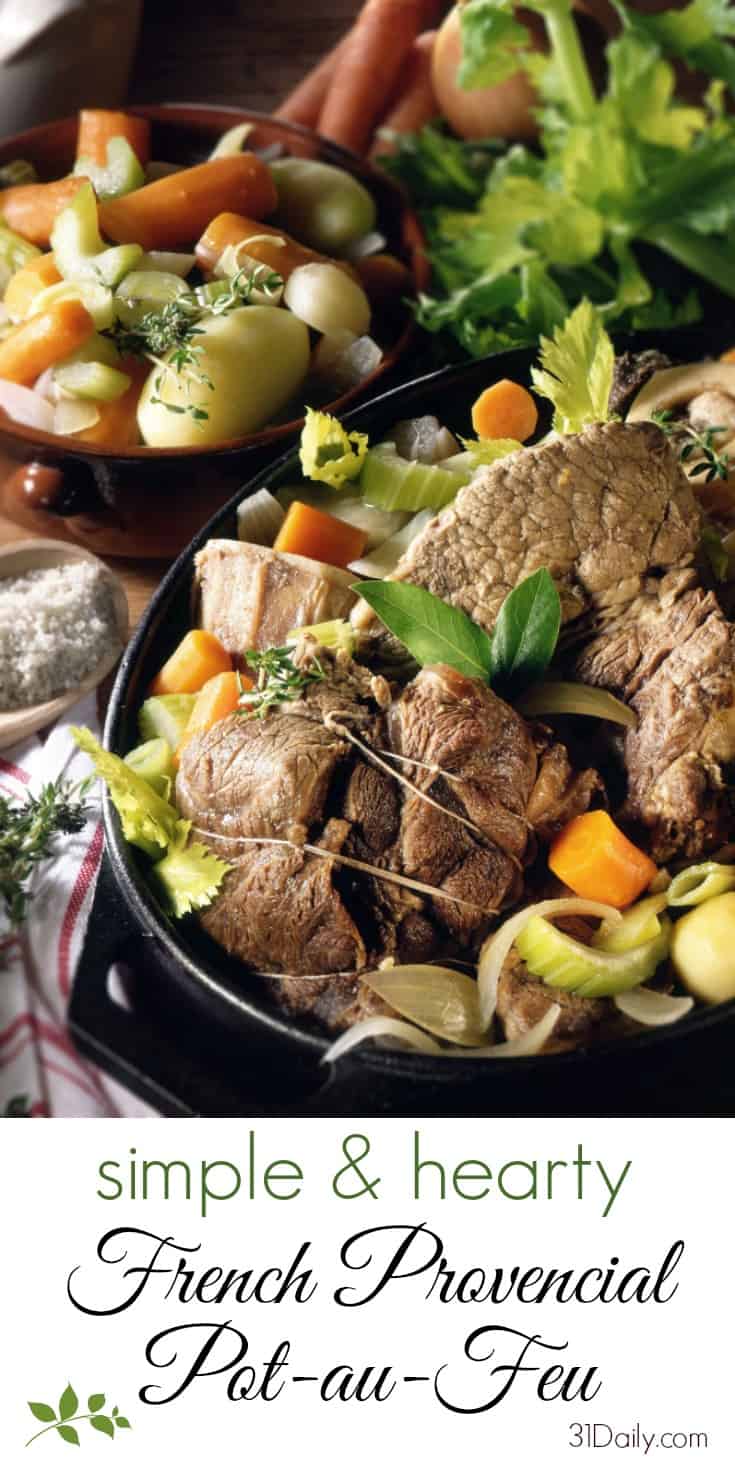