German Apple Kuchen is one of the easiest cakes you’ll ever make. Absolutely delicious with fresh sliced apples over a buttery, moist cake. A cinnamon-sugar topping is truly the icing on the cake. 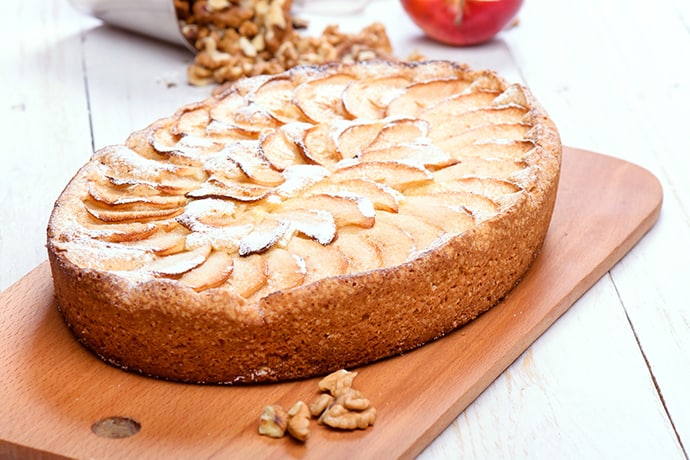 What is Apple Kuchen?

Apple Kuchen, which is translated as the German word for cake, is a dessert with a bread crust, a custard, and a topping of fruit. In this case, apple.

Kuchen is part of a 400-year-old “Kaffee and Kuchen” (or Coffee and Cake) tradition, much like teatime in Great Britain. On Sundays, between 3:00 and 5:00 p.m., many Germans gather with friends and family to enjoy cakes, kuchens, and other confections, over a hot cup of coffee or tea.

Every German should have a secret Kuchen recipe… Here’s mine. While it deviates slightly from the expected, it always gets wonderful reviews. 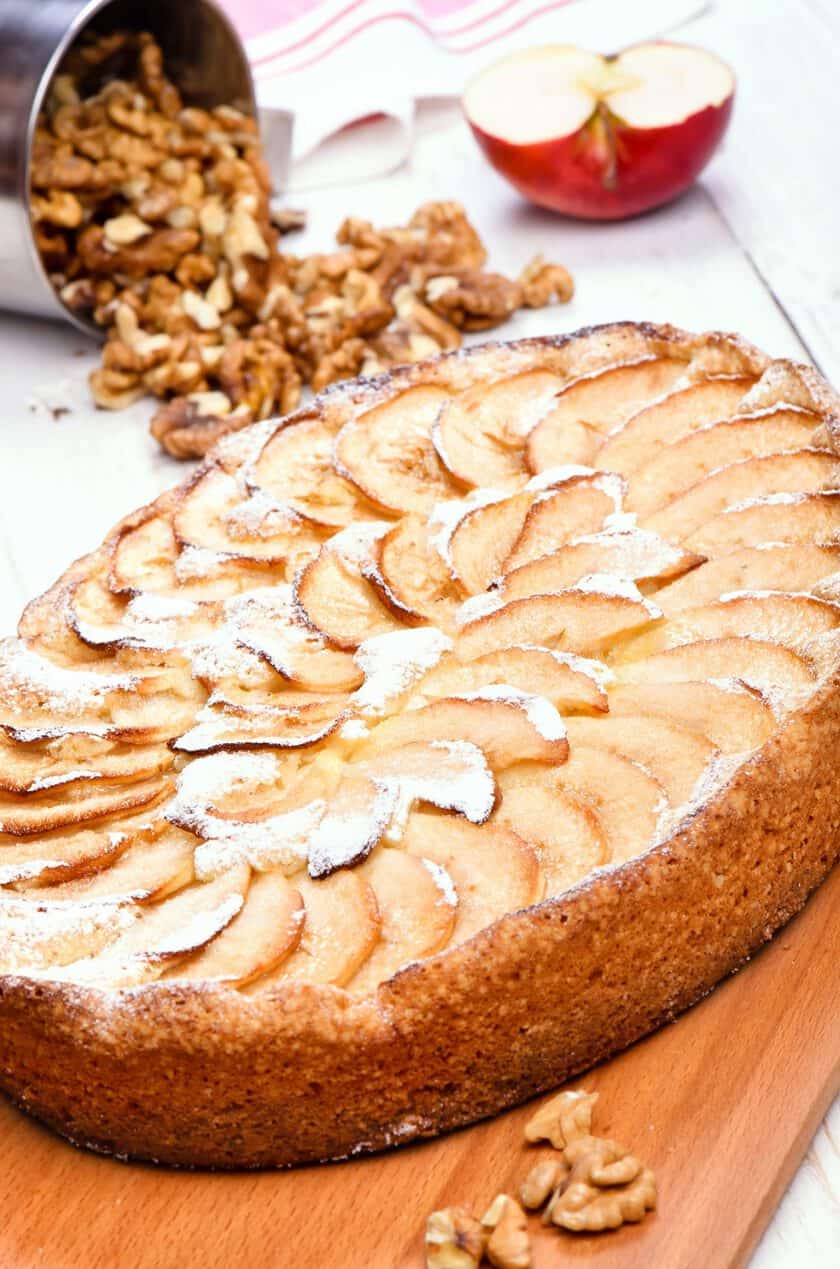 Sprinkle over the top of the unbaked kuchen. Use as much or as little as desired.