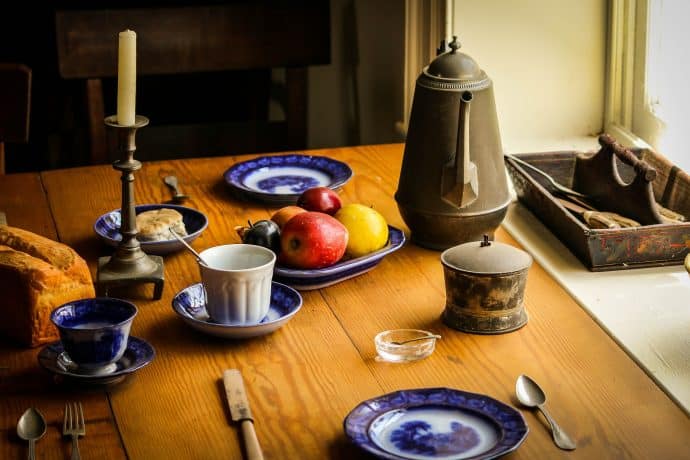 I am old and marred, scratched and maimed. I have gouges where my people played their games. I have rings where Aunt Martha used to set her hot cup of coffee. My once pristine finish is faded and dull. Too many steaming pots, too many plates of grandma’s fried chicken.

My chairs are cracking and the joints loosening. Too many hours of after dinner chats, too many middle-of-the-night hours with a Bible and a prayer list, too many game nights and family meetings.

I am no longer useful. I’m outdated and dull. I am a candidate for re-purposing.

If I’m fortunate, they will use my legs for benches, my top will be flipped or quartered, sliced or painted. I will have a new life. The old life… forgotten.

Who needs an old family table any longer? 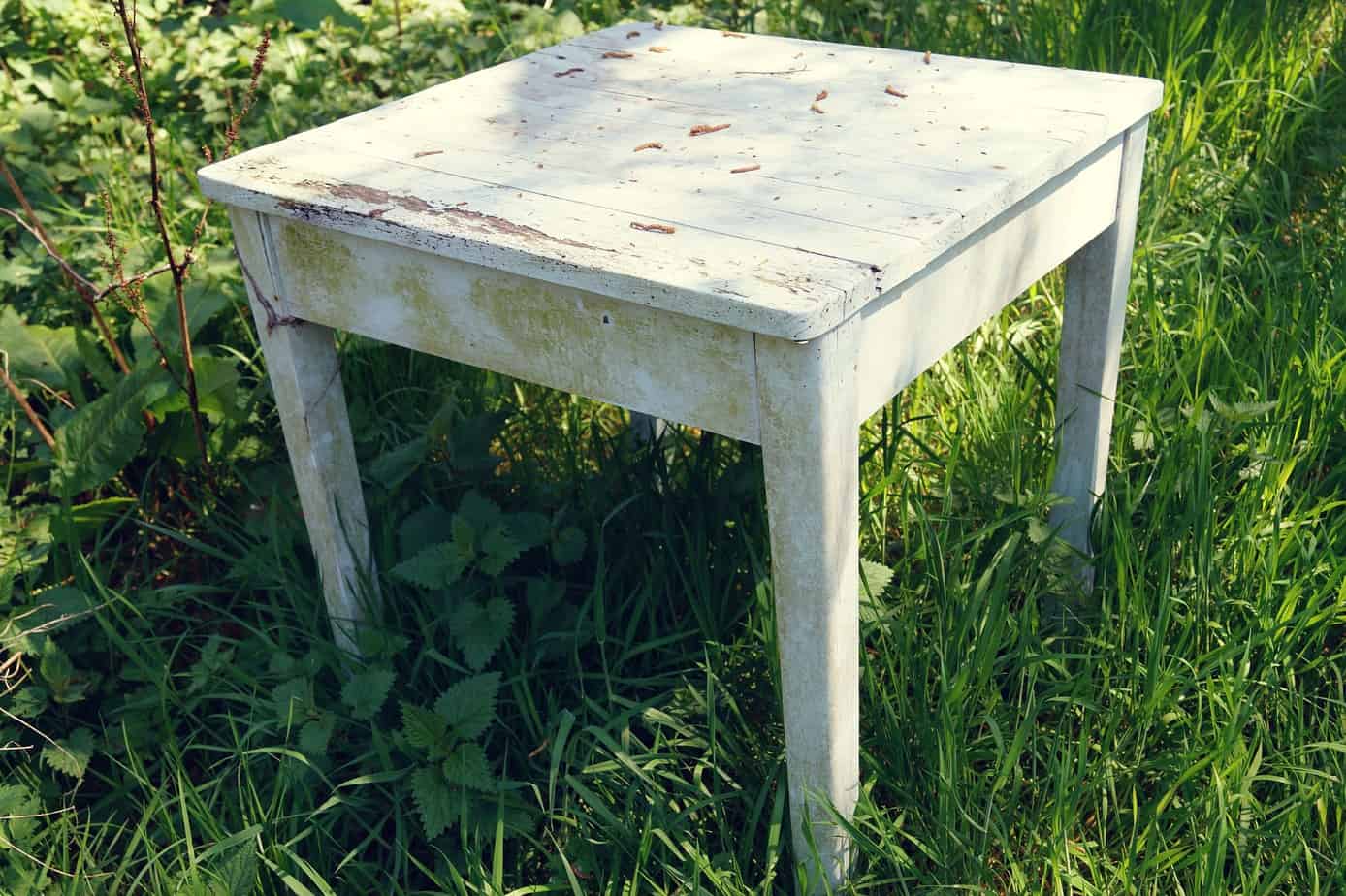 They hardly look like radicals, but nearly 400 Minneapolis parents did something revolutionary recently: they pledged to eat meals with their families at least four nights a week. “Funny, isn’t it, that you’re being countercultural these days when you sit down to dinner?” muses William Doherty, Ph.D., director of the Marriage and Family Therapy Program at the University of Minnesota.

Our culture has never been more divisive, misconstrued and fractured in my lifetime. Forces at play both exploit and ignite tensions for gains I can even begin to understand.

Children today can spend as much as 1200 of their hours during an 180-day school year in public instruction. Add another 4 hours (my experience) to daily extracurricular activities and another 2 to 3 to even 4 hours of homework. Add that up. There are 24 hours in a day, right? And how many hours of sleep do they tell us kids need each night?

Back to the culture. Gallop says,

According to the most recent Bureau of Labor Statistics data, 78% of women with children between the ages of 6 and 17 work outside the home. Figures from the 2000 Census show that 31% of households with children are single-parent families, up from 13% in 1970. Kids take part in more after-school activities than ever, and many parents have to go straight from work to soccer practice, piano lessons, or car pools. There simply isn’t much time available for cooking, and eating is often done on the run.

And this is how the numbers work according to Gallop. “Slightly more than a quarter (28%) of adults with children under the age of 18 report that their families eat dinner together at home seven nights a week — down from 37% in 1997. Almost half (47%) of parents say their families eat together between four and six times a week. Another quarter (24%) say they eat together three or fewer nights a week.”

Violence is at all all-time high. The raising of children, for many, is proctored. There is an increasing pressure to churn out high-performing kids so extra-curricular activities are on the rise. Suicide rates among teens are also rising, tripling even among girls ages 10-14 according to NPR.

What does that have to do with the family table?

More than you might think. More even than french tutors and athletic trainers. Doherty says,

When Doherty’s colleagues at the university’s Center for Adolescent Health and Development surveyed 4,746 Minneapolis/St. Paul middle school and high school students, they found that the kids who sat down to meals most often with their families—seven or more times weekly—tended to have higher grade-point averages and were more well-adjusted in general than those who ate the fewest family meals (two or fewer per week). They were less likely to feel depressed or suicidal, to smoke cigarettes or use alcohol or marijuana—even when the researchers factored out issues like race, family structure and social class. “Family meals were a potentially protective factor in these kids’ lives almost across the board,” declares epidemiologist and study co-author Diane Neumark-Sztainer.

I would love to say that our family sits down for 7 meals a week together. But I can’t. With a son entering his senior year of high school, a student-athlete and super committed to his youth group and a husband’s career that has been and is demanding. It doesn’t happen as often as I’d like. As often as I intend.

But I believe in the Family Table. Unequivocally.

And when our son was younger and his schedule not so hectic, there were more dinners together.

The important takeaway — is that it happens. Our kids deserve that. Our kids depend on that. Even if they don’t know it.

Think about how many hours that our kids’ life skills and education are in the hands of someone else.

Do you have a set of beliefs? Have you passed that on to your children? Do they know why you believe what you do?

It isn’t always just about the time. So much can be accomplished when it runs short.

For us, even if both parents weren’t there, we would have a short prayer together, eat a meal, talk about the day, and afterward would share a biblical verse. More if time allowed.

And day after day, month after month, year after year, when our son is exposed to a thousand and one different belief systems and a fragile culture, he has a grounded understanding of a common belief system within his family. Ultimately, it was and still is his decision to make. But he knows from whence he came.

I want to introduce you to a book I read a number of years ago. Perhaps you’re familiar with it. If not, I highly suggest it.

The Hour That Matters Most

Dinnertime―It’s More Than Just a Meal

Drs. Les and Leslie Parrott have discovered the surprising impact that something as simple as sharing a meal together can have on a family. And they aren’t alone. Researchers across the board are finding that an hour around the dinner table can really tether a family together and help you raise up healthier, happier kids.
Featuring the inspiring story of Stephanie Allen and Tina Kuna, the founders of Dream Dinners, The Hour That Matters Most shows you how to nourish and nurture your family through regular meal times.

An inspiring, practical book packed with everything you need to help you make the most of the dinnertime hour, The Hour That Matters Most includes

If you’re looking for ways to bring love and laughter to your home, rediscover the remarkable power of the family meal in The Hour That Matters Most.

One thought on “The Family Table”