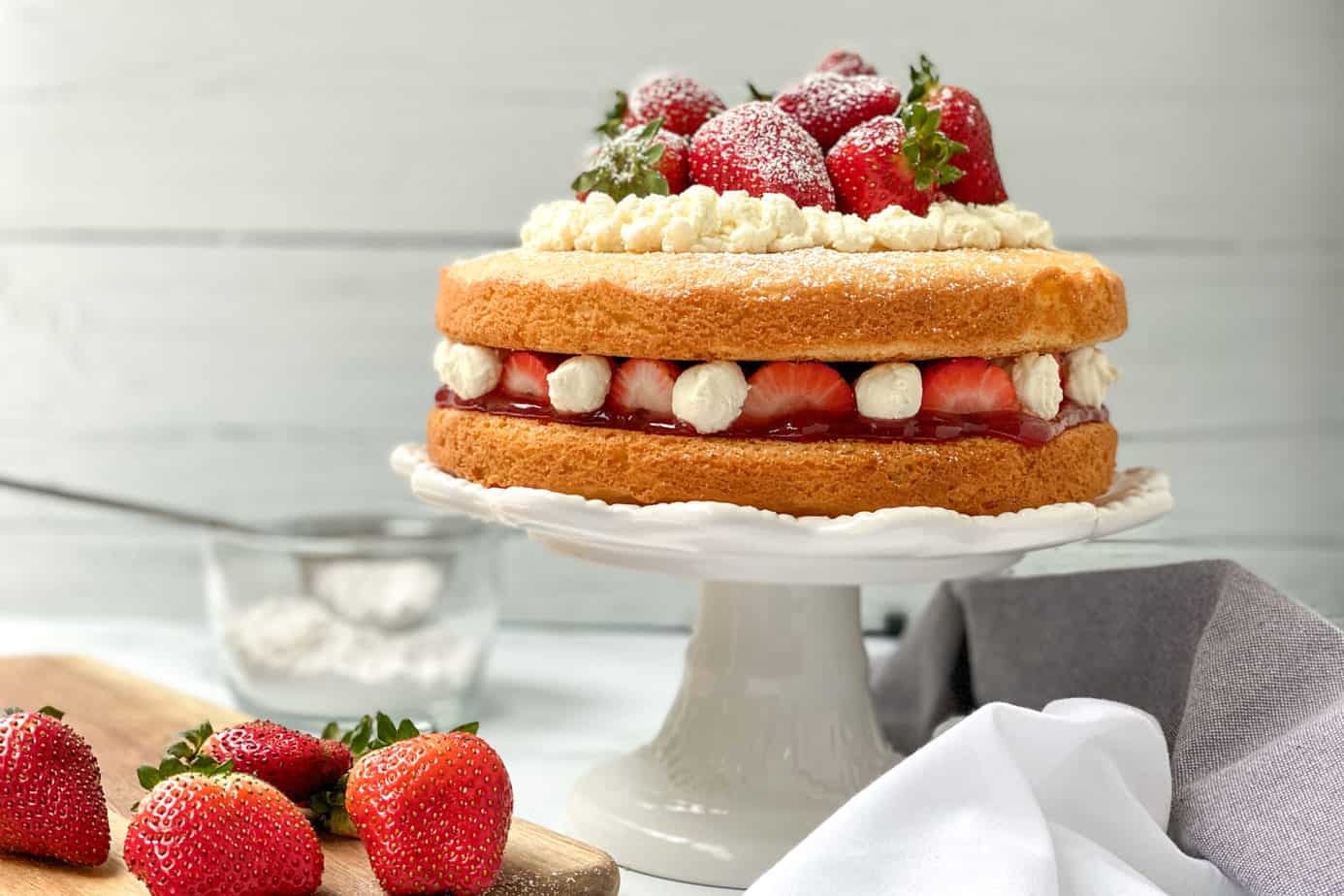 And perfect for your next afternoon tea.

But first, what exactly is a Victoria Sponge Cake?

Victoria Sponge Cake is a two-layer light confection. It’s generally assembled with a layer of jam topped with whipped cream. 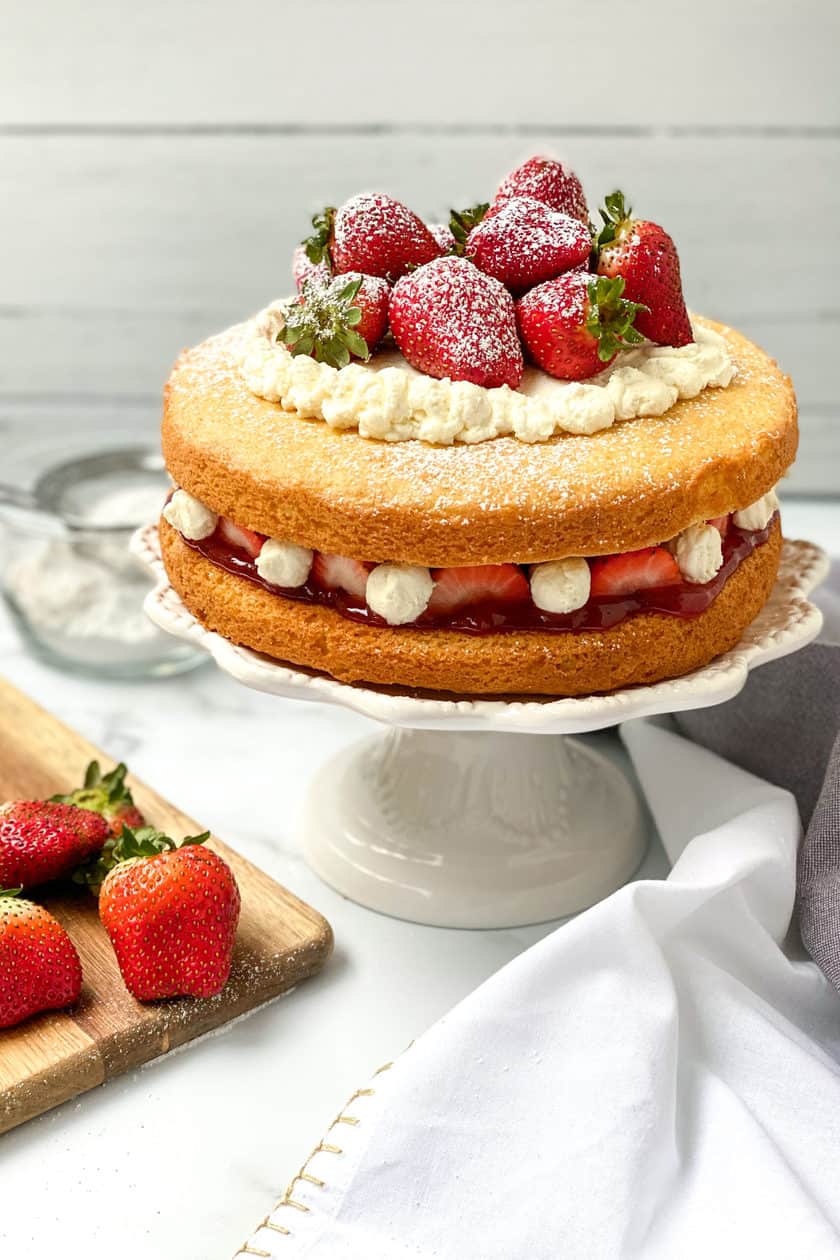 Anna, the Duchess of Bedford (1788-1861), was a lady in waiting of Queen Victoria. She is most often credited with the creation of Afternoon Tea.

It’s said she found herself with “a sinking feeling” about four o’clock every afternoon. It was then she began requesting tea and sweets to bridge the gap before a later dinner.

Soon, she began inviting her friends to join her at Belvoir Castle for a menu of tea, bread and butter sandwiches, and cake.

It wasn’t long before Queen Victoria adopted the idea of an afternoon tea and by 1855, the observance was firmly established. It’s noted that the Victoria Sponge Cake was her favorite.

After the death of her husband, Prince Albert, it’s believed that favored cake was renamed, “Victoria Sponge Cake.”

Queen Elizabeth says, “The Victoria Sponge was named after Queen Victoria, who regularly ate a slice of sponge cake with her tea, each afternoon!”

Ingredients:
“4 eggs; their weight in pounded sugar, butter, and flour; 1/4 salt, a layer of any kind of jam or marmalade.”

Mode:
“Beat the butter to a cream; dredge in the flour and pounded sugar; stir these ingredients well together, and add the eggs. When the mixture has been well beaten for about 10 minutes, butter a Yorkshire-pudding tin, pour in the batter and bake in a moderate oven for 20 minutes.”

Serving:
“Spread one half of the cake with a layer of nice preserves, place over it the other half of the cake, press the pieces slightly together. Cut it into long finger-pieces; pile them in crossbars on a glass dish, and serve. Seasonable at any time.”

The Palace notes the sponge cake is served “to mark Royal Garden Parties,” and afternoon teas. 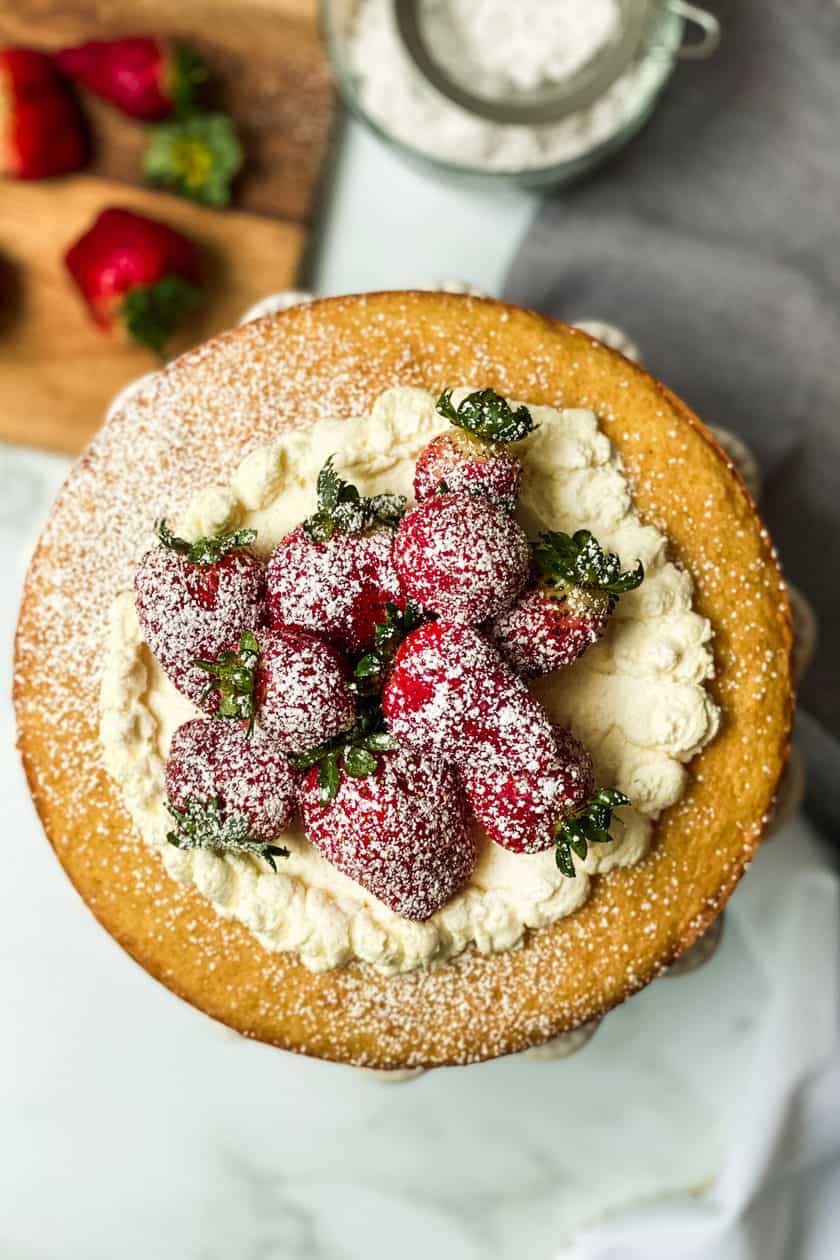 As mentioned, we’ve deviated slightly from the traditional recipe of this teatime treat.

You will notice in the ingredients list, we’ve converted the recipe to a Victoria Sponge Cake using all-purpose flour and cup measurements.

Rather than assembling the cake with a simple layer of preserves and cream, we’ve added fresh strawberries for height and additional color. Plus, they add a beautiful, fresh flavor to the sponge cake too. 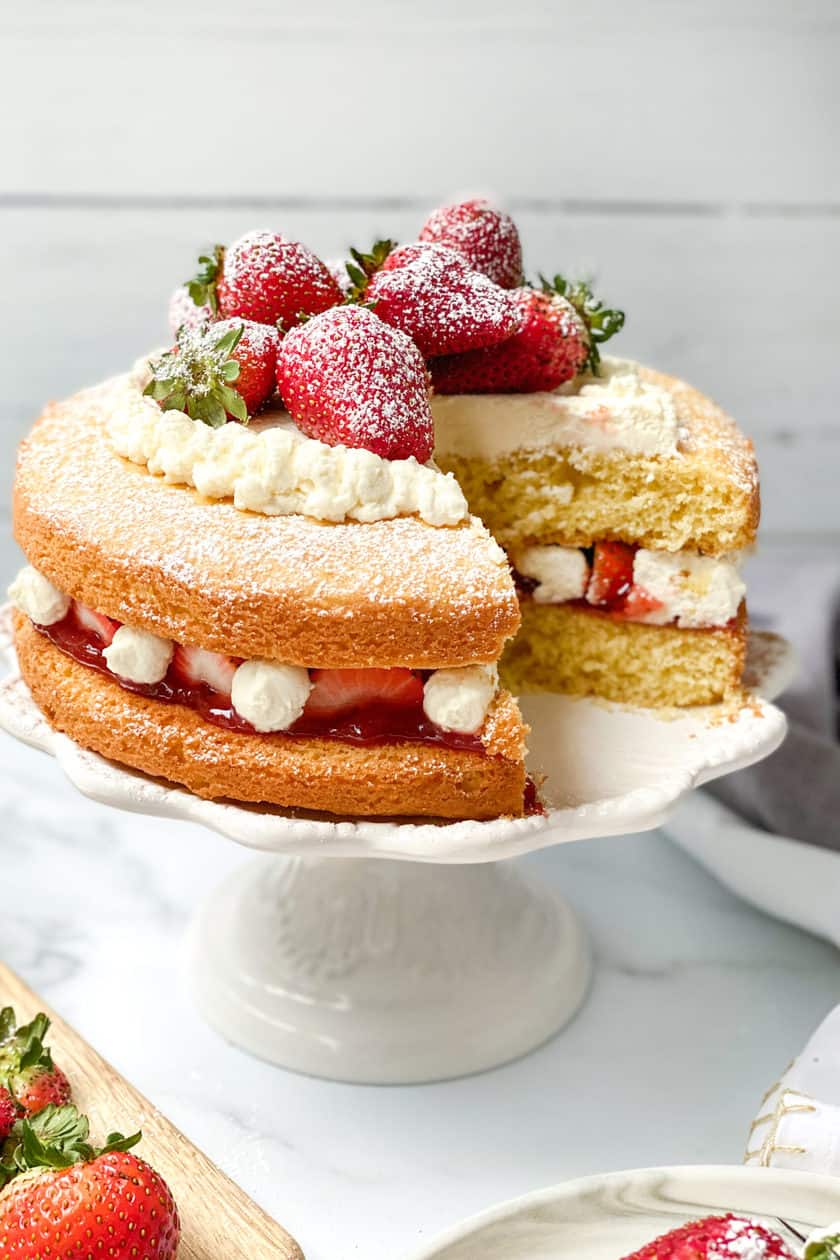 How to Make a Victoria Sponge Cake

Begin by preheating the oven to 350°F and placing a rack in the center of the oven. Grease and line the bottom of two 8-inch round cake pans with parchment paper.

Then, whisk together the flour, baking powder, and salt; set aside.

Next, using an electric hand mixer, cream butter, sugar, and vanilla together until it’s light and fluffy. Then beat in the eggs, one at a time. Finally, add the milk.

Now, stir in the flour mixture until just combined. Divide the batter evenly between the two cake pans and spread to the edges of the pan.

Bake for 18 to 25 minutes, or until a toothpick inserted in the middle comes out mostly clean.

Remove from the oven and cool for 10 minutes. Then unmold the cakes onto a wire rack and cool completely before assembling the cake. 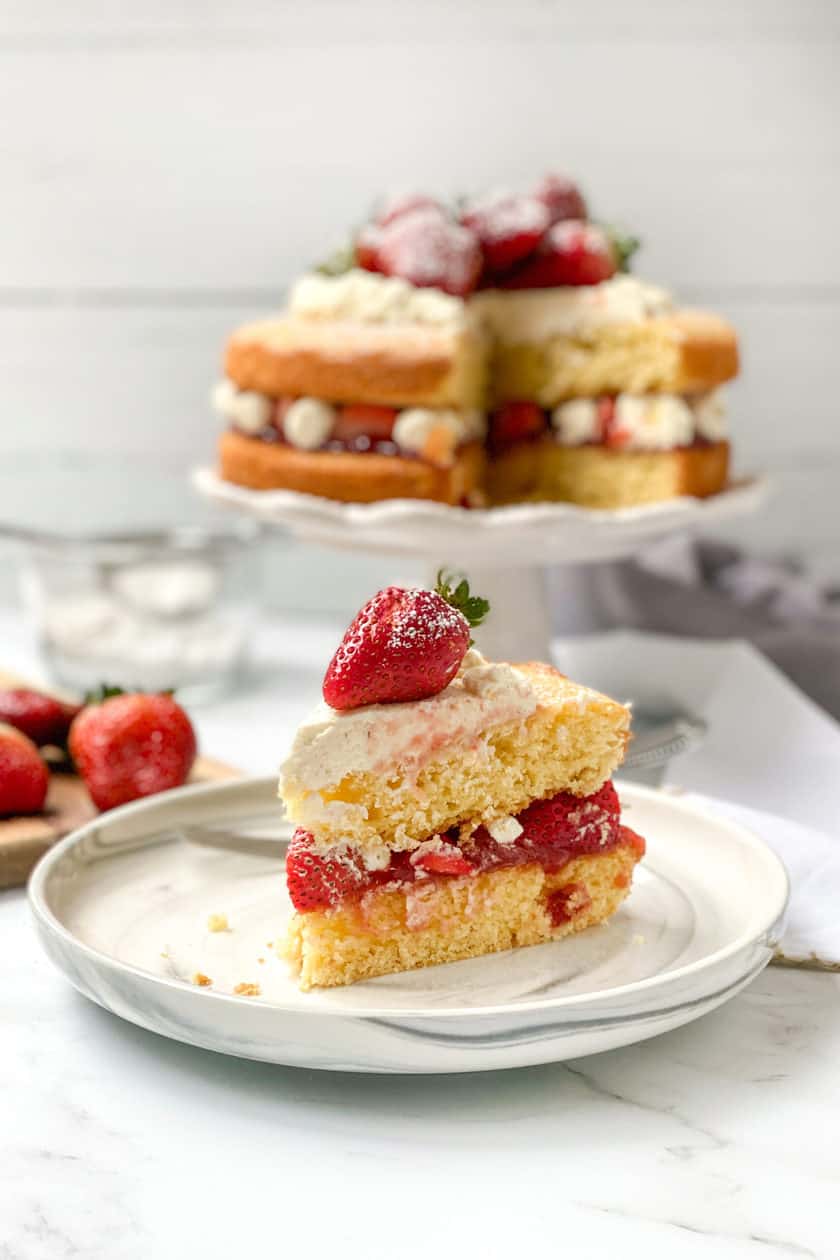