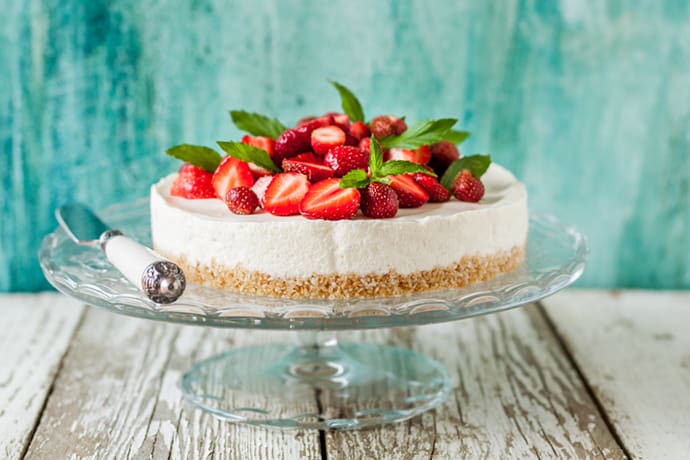 If you’re looking for a spectacular spring dessert, look no further than this Easy Classic Cheesecake with Strawberries.

With the spring season comes a bevy of entertaining opportunities. From Easter to Mother’s Day, baby and wedding showers, or simply brunching with friends. When you’re hosting or bringing dessert, it’s hard to beat a cheesecake.

And the best part? It’s incredibly easy and a perfect, make-ahead, stunning dessert.

While you can top it with any seasonal fruit, strawberries are extra special. So tasty, that I don’t even macerate them or create a glaze or sauce. I simply enjoy them as they are. If they’re a little tart, then sprinkle with a bit of sugar. 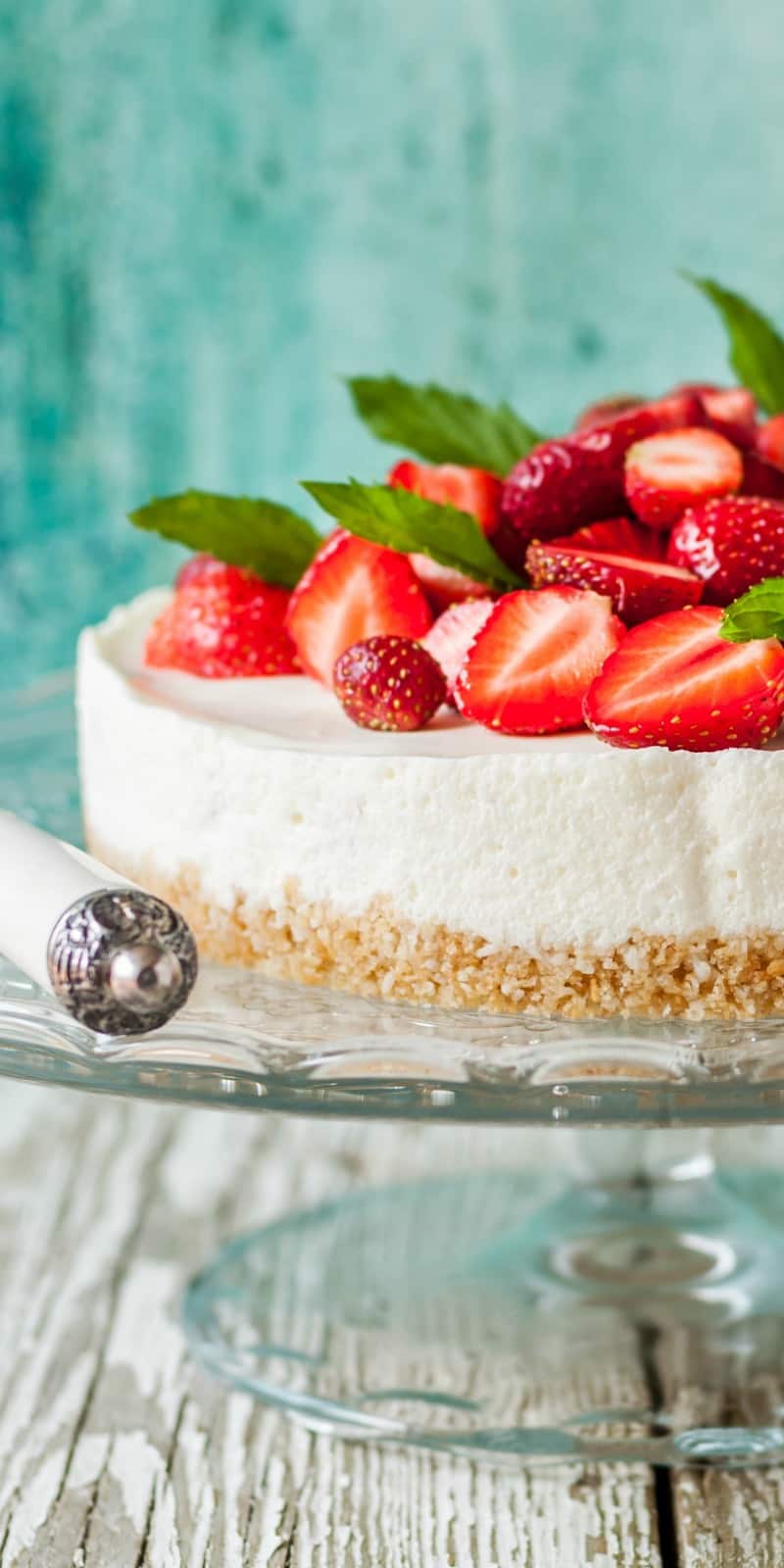 If you’re looking for a spectacular spring dessert, look no further than this Easy Classic Cheesecake with Strawberries.

Mix graham crumbs, melted butter and 1/4 cup sugar; press onto bottom of 9-inch springform pan and at least 1-inch up the sides. If the pan is not nonstick, brush first with melted butter. Bake until crust is golden brown, about 12 minutes. Let cool completely on a wire rack. Reduce oven to 325°F.

Bake 1 hour to 1 hour 10 min. or until center is almost set. The outer rings of the cheesecake should be slightly puffed and fairly firm, but the inner circle will still jiggle slightly. If you see any small cracks developing, immediately move on to the cooling step.

It’s important to cool the cheesecake gradually to preserve its texture. Never cut into a cheesecake until has been chilled. Let the cheesecake sit in the turned-off oven with the door cracked for about an hour, then remove it and let it cool completely on the stovetop.

Run a knife around rim of pan to loosen cake; cool before removing rim. Refrigerate cheesecake 4 to 6 hours, or overnight.

Top with sliced and halved fresh strawberries and mint leaves before serving.