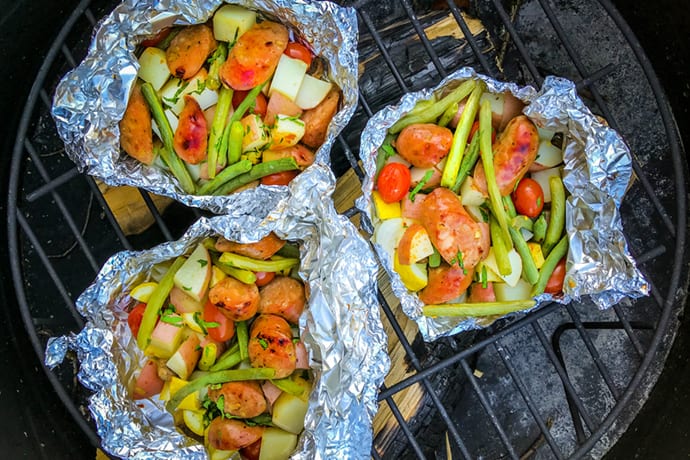 These super easy Sausage Foil Packets with potatoes and vegetables bring summer camp fun to your backyard… or campsite… or even… your kitchen table.

For those of you who have seen our every popular 15 Minute Super Easy Foil Packet Fish Dinners, you know how easy these foil packet dinners are. 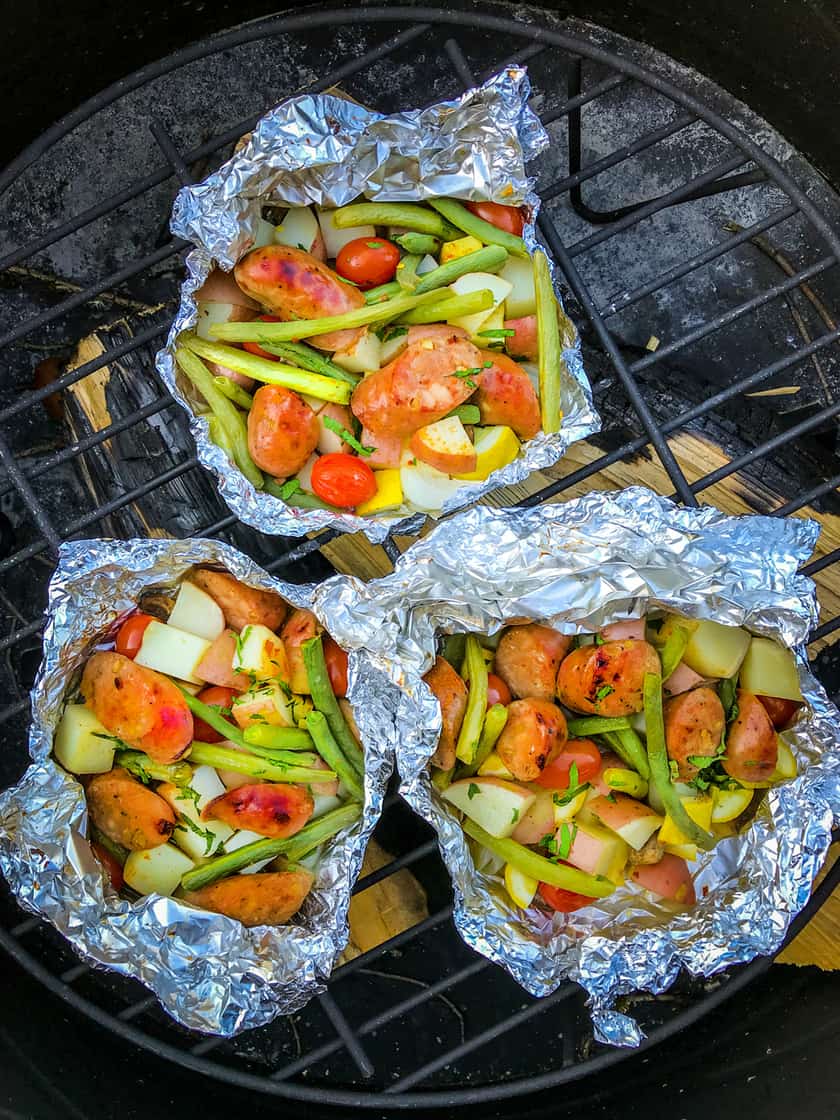 And popular with everyone, because they’re completely customizable to preference. If someone has an aversion to say, onions, (as incredible as that might be), simply eliminate it and mark the packet before it’s grilled. 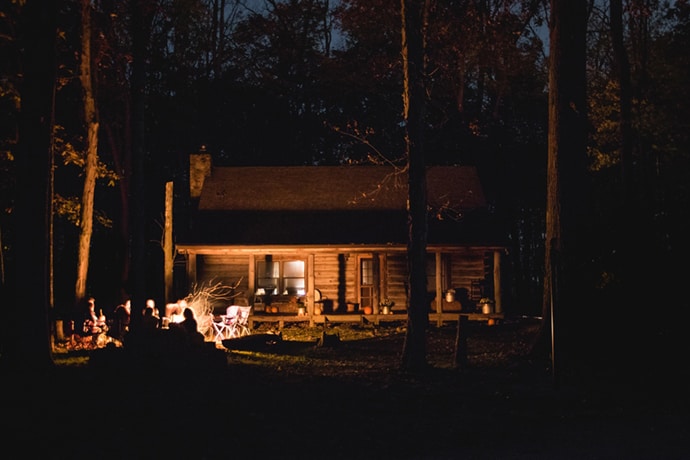 Here’s what happens in my family. Rule of thumb is one sausage link per packet. If they’re extra-large, I’ll take half, my son will take two, and hubby gets his and half of mine. A perfect marriage. All packets are marked and everyone is happy. 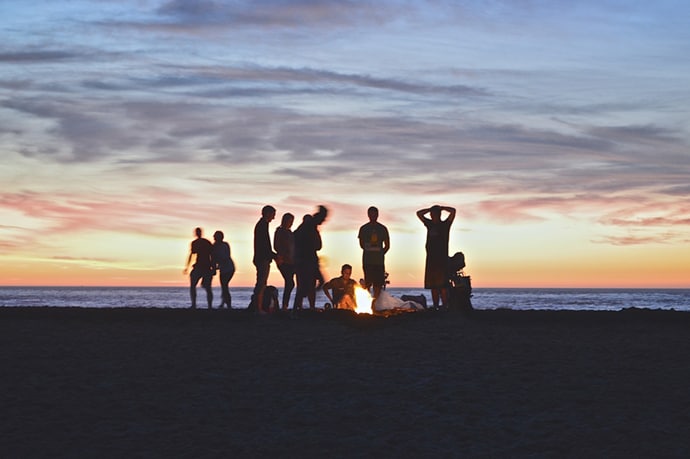 I happened to love using Aidell sausages. They not only taste great but come in packages of 4, making them perfect for these foil packets. My favorite is the Chicken and Apple, but my guys’ favorites tend toward spicy.

Here are some ideas: 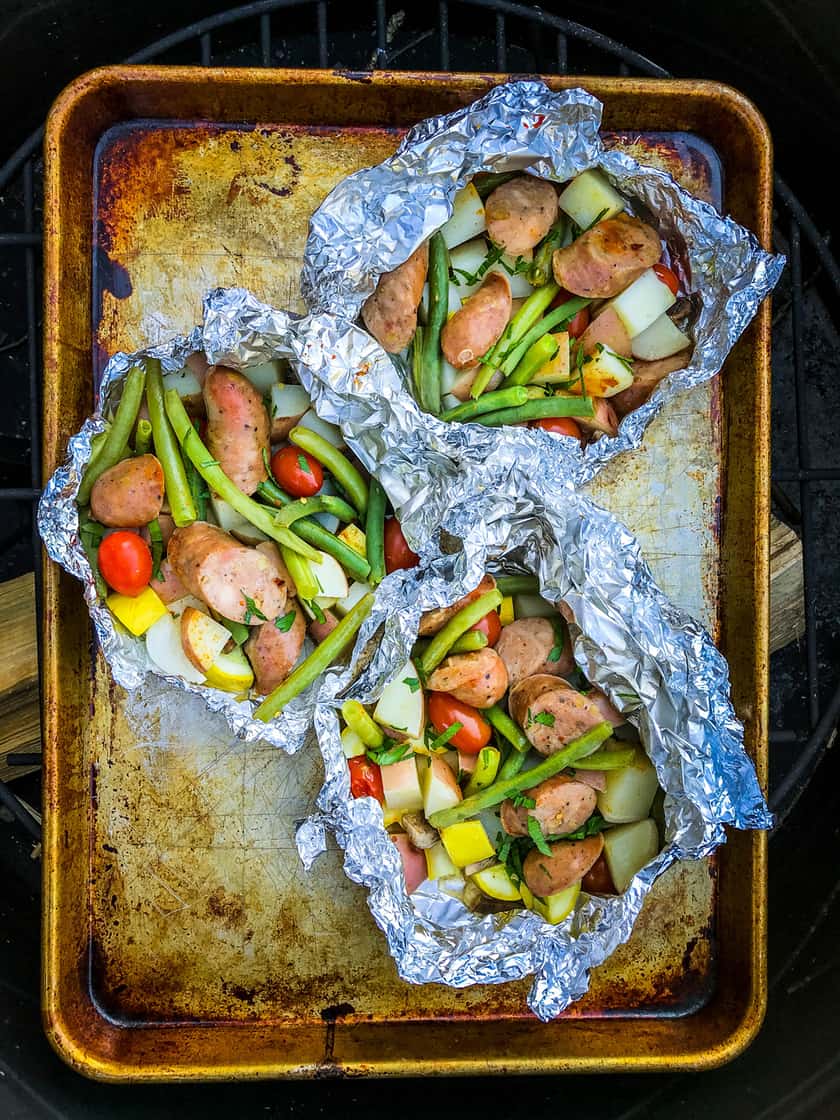 HOW TO ASSEMBLE FOIL PACKETS

Measure out 4 large sheets of heavy-duty foil. Mound 1 cup vegetables and 1 quartered or halved potato in the center of each packet. Top with 1-inch size sliced sausage. Then season with salt and pepper, sprinkle paprika and red pepper flakes; dot with butter. Bring the short ends of the foil together and fold twice to seal; fold in the sides to form a tight seal. 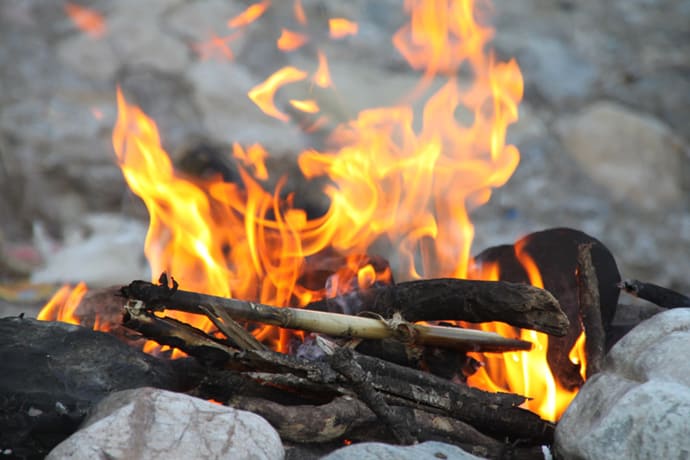 Preheat a grill to medium-high or light a campfire and put a cooking grate in place. Grill the foil packets 20 to 25 minutes or until the potatoes are tender. Let the packets sit 5 minutes before carefully opening; they will be steamy and hot!

Preheat the oven to 425 degrees and bake on a sheet pan for 20 to 25 minutes, or until the potatoes are tender. Let the packets sit 5 minutes before carefully opening; they will be steamy and hot!

These super easy Sausages, Potato, and Veggie Foil Packet Dinners bring the fun of summer camp to your backyard… or campsite… or even kitchen table. Mix and match, customize, and everyone’s happy!

On to each foil piece divide into equal quarters: sausage, potatoes, green beans, onion, and squash. Season with salt and pepper to taste; sprinkle 1/4 teaspoon smoked paprika and red pepper flakes to taste. Dot each with 1/2 tablespoon butter. Make the packets by folding two opposing sides of foil together, crimping the edges tightly closed.

Set the packets directly on the grill and cook for 25 minutes or until the potatoes are tender. Be careful when opening the packets — they are steamy and hot!

To Oven Bake: Preheat oven to 425 degrees and bake for 20 to 25 minutes, or until the potatoes are tender.