Cinnamon Brioche Bread Pudding is a simple yet rich dessert with tantalizingly delicious comfort food flavors. It’s deceptively easy to make, yet special and beautiful to serve. A dessert you’ll want to come back to time and time again. 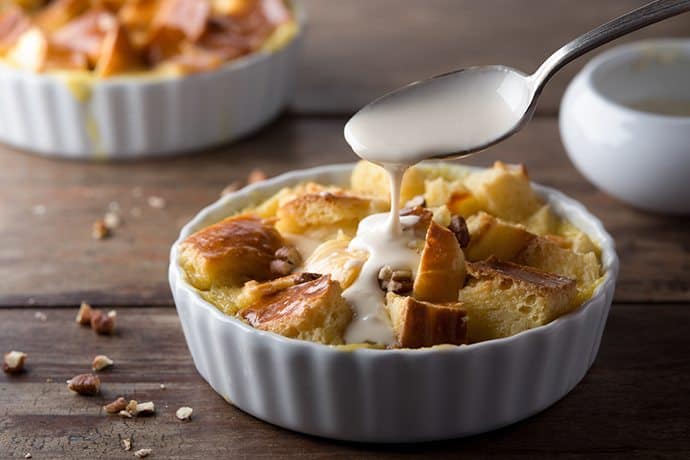 Perfect for the holidays or brisk evenings with a cup of tea and a roaring fire.

Change it up by adding your favorite dried fruit, like cranberries, raisins, apricots, figs or dates. Garnish with toasted nuts like walnuts, pecans, or hazelnuts.

Historians trace the origins of bread pudding to the early 11th and 12th centuries. An ingenious way to use up stale or leftover bread. By the 13th century, bread pudding, also knowns as “poor man’s pudding,” became a popular dish.

How to Scald Milk

This recipe calls for scalded milk. While it’s tempting to skip this step, in the end, it will save time. Scalding the milk actually cuts down on cooking time and gives the flavor and texture of the custard a boost. Be sure to let it cool before adding it to the egg mixture. 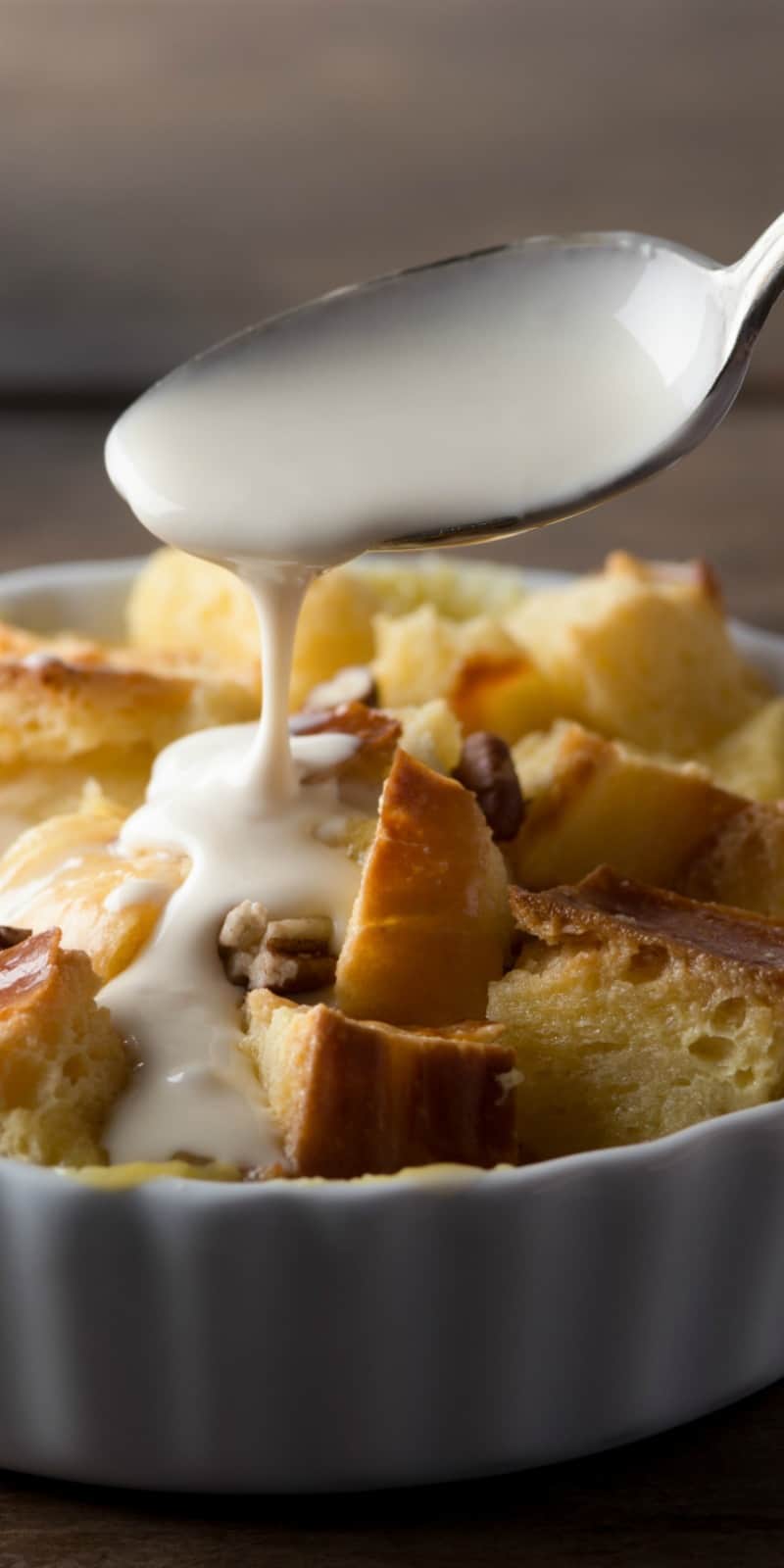 If making a 2-quart casserole size, adjust the cooking time and bake for 35 to 40 minutes, or until a toothpick inserted into the center comes out mostly clean. The custard will be set but a little wobbly and the edges of the bread pudding will be nicely browned. Allow the bread pudding to cool 5 minutes before serving.

Combine all sauce ingredients except vanilla in 1-quart saucepan. Cook over medium heat, stirring occasionally, 4 to 5 minutes or until mixture thickens and comes to a full boil. Remove from the heat and stir in vanilla. Serve warm.