Porchetta Pork Tenderloin is an Italian savory and tender boneless pork with traditional spices of rosemary, fennel, thyme and garlic. Wrapped is bacon and served over mashed potatoes, it’s a feast for the eyes as well the palate. 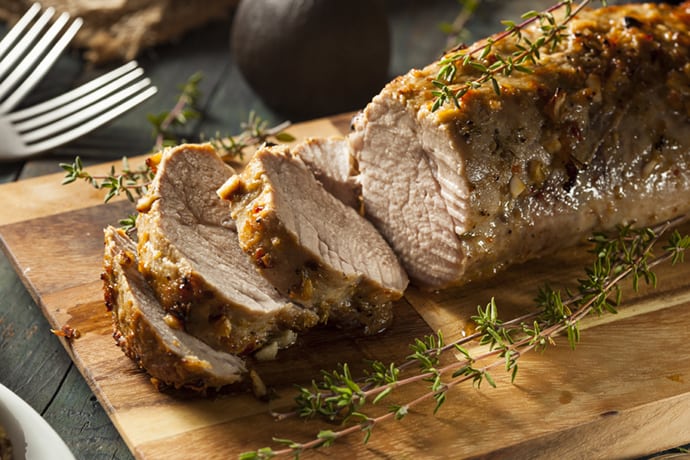 It is… scrumptious. Truly… incredibly delicious and special enough for any holiday or gathering.

Porchetta originated in central Italy, near Rome, where it is considered a celebratory dish. Yet, it’s also a popular street food served in Rome stuffed inside Pizza Bianca. The dish is also prevalent in Sardinia.

In the early 20th century, Italian immigrants brought Porchetta to American shores and became popular as an Italian pulled pork. Often sold in markets during the holidays, it’s a special treat you won’t want to miss.

Speaking of markets… Do you have a favorite? I’m guessing you do. As do I. When I’m in Portland, Oregon visiting family, I find my way, almost daily, to Zupan’s Markets. The meat and produce departments rival the best of the best.

It was there I encountered the recipe below. Served in sample size plastic bowls they layered mashed potatoes and several slices of this Porchetta Pork Tenderloin. It smelled wonderful and I gladly accepted a sample as I made my way through the meat department. 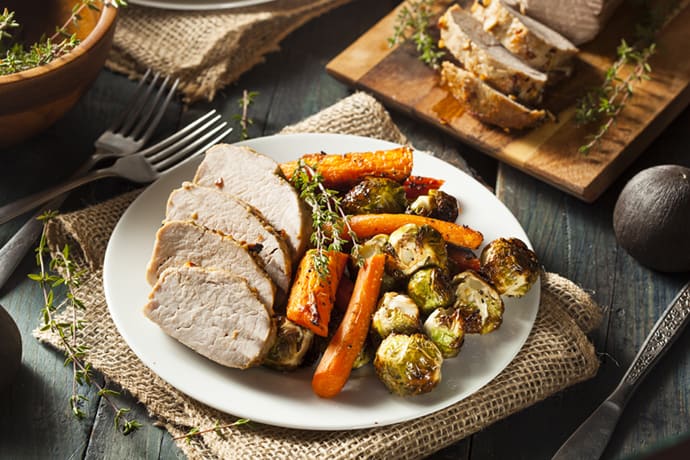 Seconds later, I was back and asking all kinds of questions about the recipe. It was so delicious… it stopped me in my tracks.

The following recipe is theirs and I’m so excited to pass it along to you.

And by the way, if you love roasted vegetables, you might want to check out these recipes for Maple Glazed Roasted Brussels Sprouts and Butternut Squash and this one for Roasted Carrots with Parsley and Thyme. 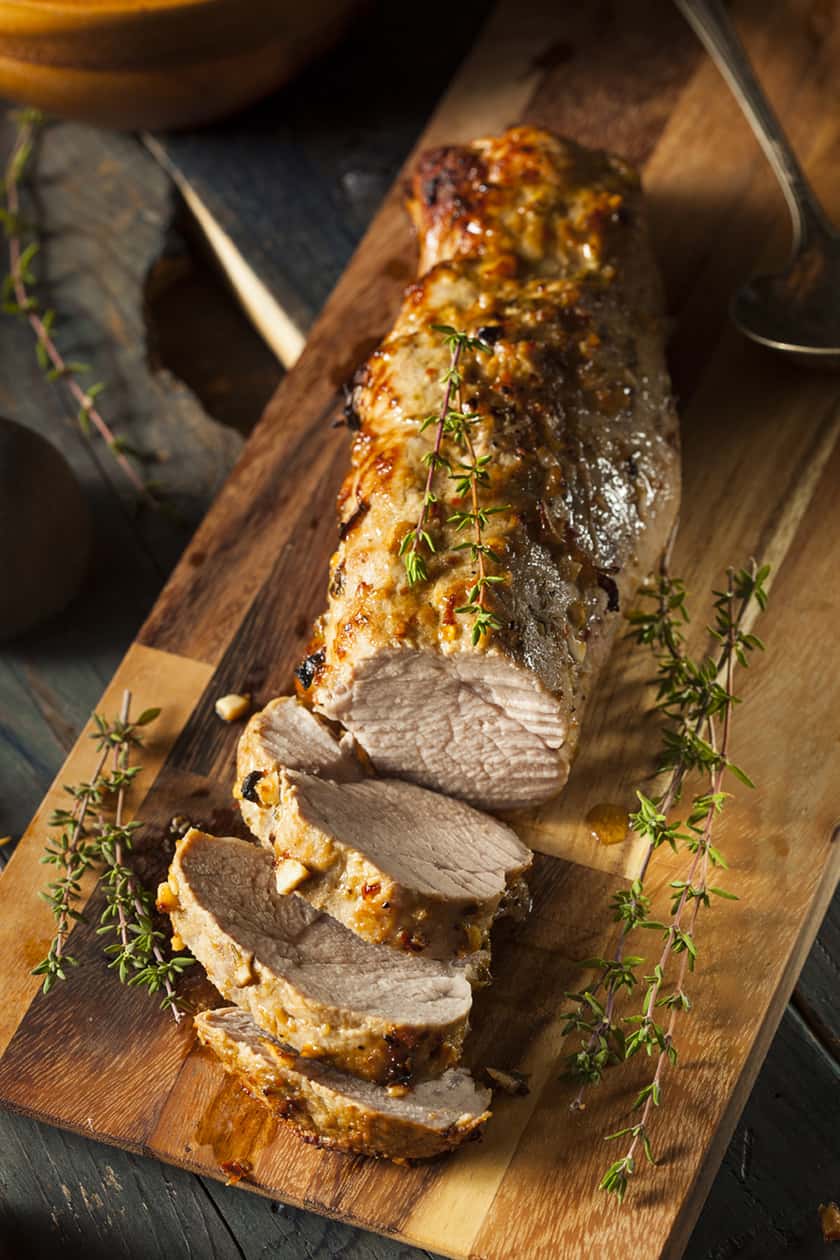 Porchetta Pork Tenderloin is an Italian savory and tender boneless pork with traditional spices of rosemary, fennel, thyme, and garlic. Wrapped in bacon and served over mashed potatoes, it’s a feast for the eyes as well the palate. 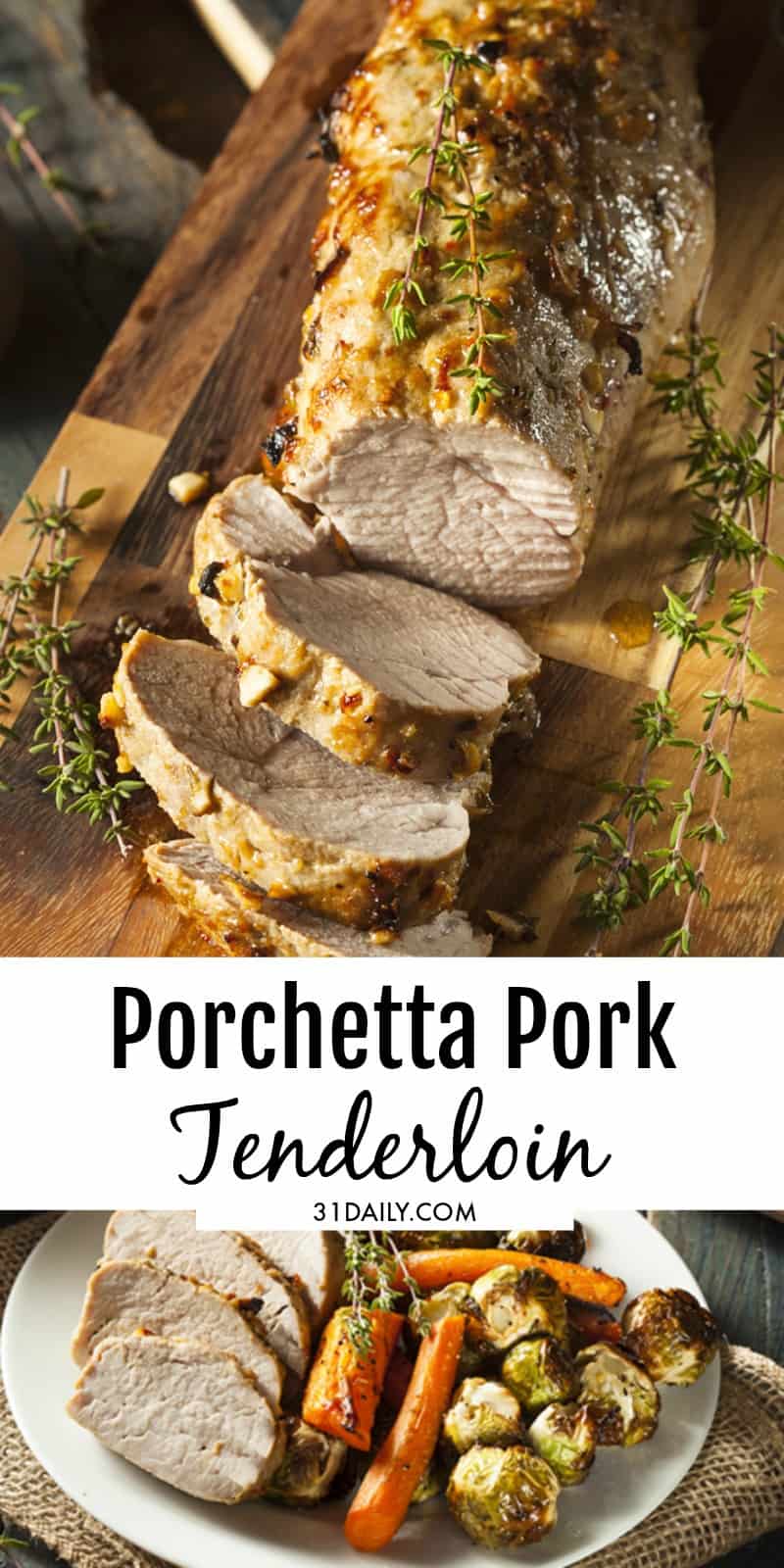