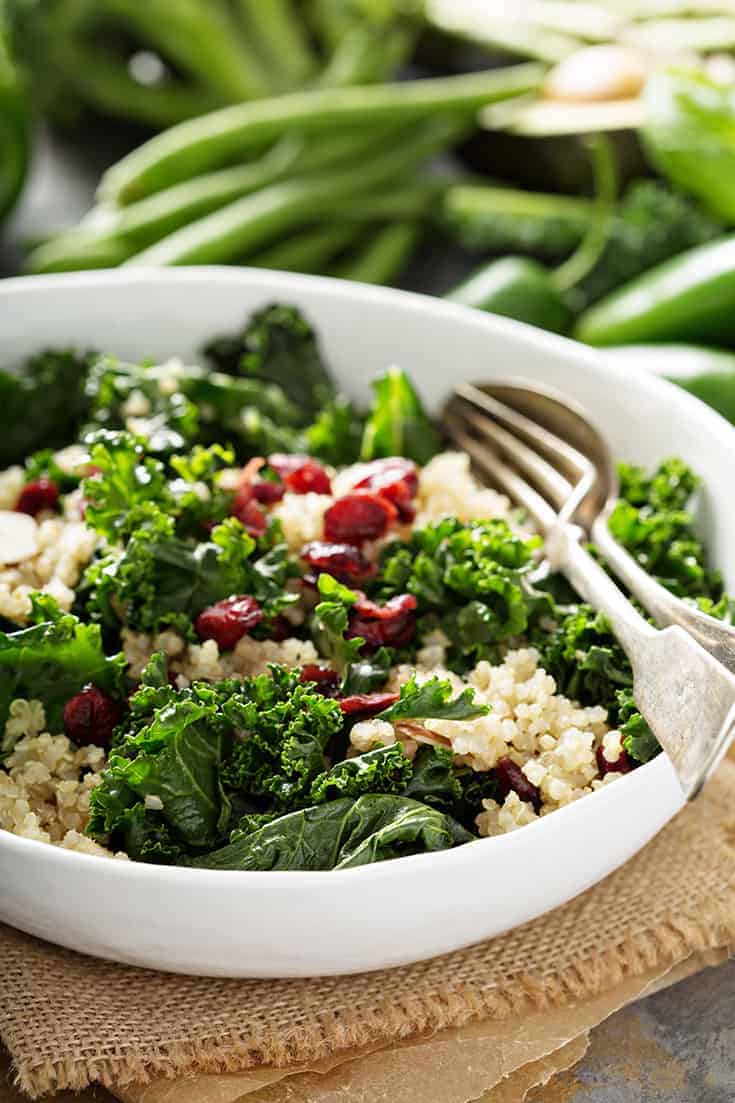 Getting your greens is an easy proposition with this Healthy Fresh Kale Salad with Quinoa and Lemon Vinaigrette. Tossed with toasted almonds, cranberries, and Parmesan cheese, it’s as pretty as it is delicious!

Considered one of the world’s healthiest foods, kale is a powerhouse vegetable that packs a punch nutritionally. Take a look at these stats:

A single cup of raw kale is only 33 calories and contains: 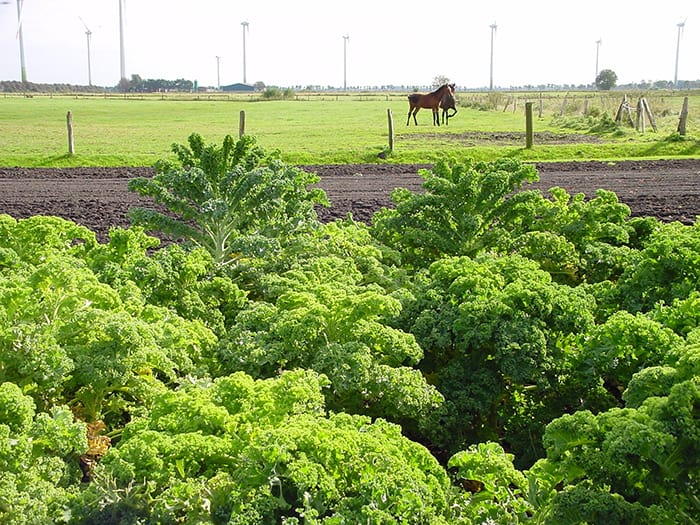 3 Facts You May Not Know About Kale

1. It has more Vitamin C than an orange.

“One cup of chopped kale has 134 percent of your recommended daily intake of vitamin C, while a medium orange fruit has 113 percent of the daily C requirement. That’s particularly noteworthy because a cup of kale weighs just 67 grams, while a medium orange weighs 131 grams. In other words? Gram for gram, kale has more than twice the vitamin C as an orange,” says Huffington Post.

“But kale is actually a great source of alpha-linoleic acid (ALA), the omega-3 fatty acid that’s essential for brain health, reduces Type 2 diabetes risk and boosts heart health as well.”

3. Has more Calcium than a container of milk.

Take note: When possible, choose organic kale. According to According to the Environmental Working Group, kale is one of the most likely crops to have residual pesticides. The organization recommends choosing organic kale (or growing it yourself!).

While we love kale in stews and soups of all kinds… there is something extra special and extra fresh about a healthy fresh green kale salad. Add quinoa to the mix and it’s simply divine.

Whisk together olive oil, lemon juice, garlic, sugar, salt, pepper, and oregano in a bowl until it emulsifies.

Bring water and quinoa to a boil in a saucepan. Cover and reduce heat to low, simmer about 15 minutes until the quinoa is tender. Drain any water left over. Remove cover and let quinoa cool completely. 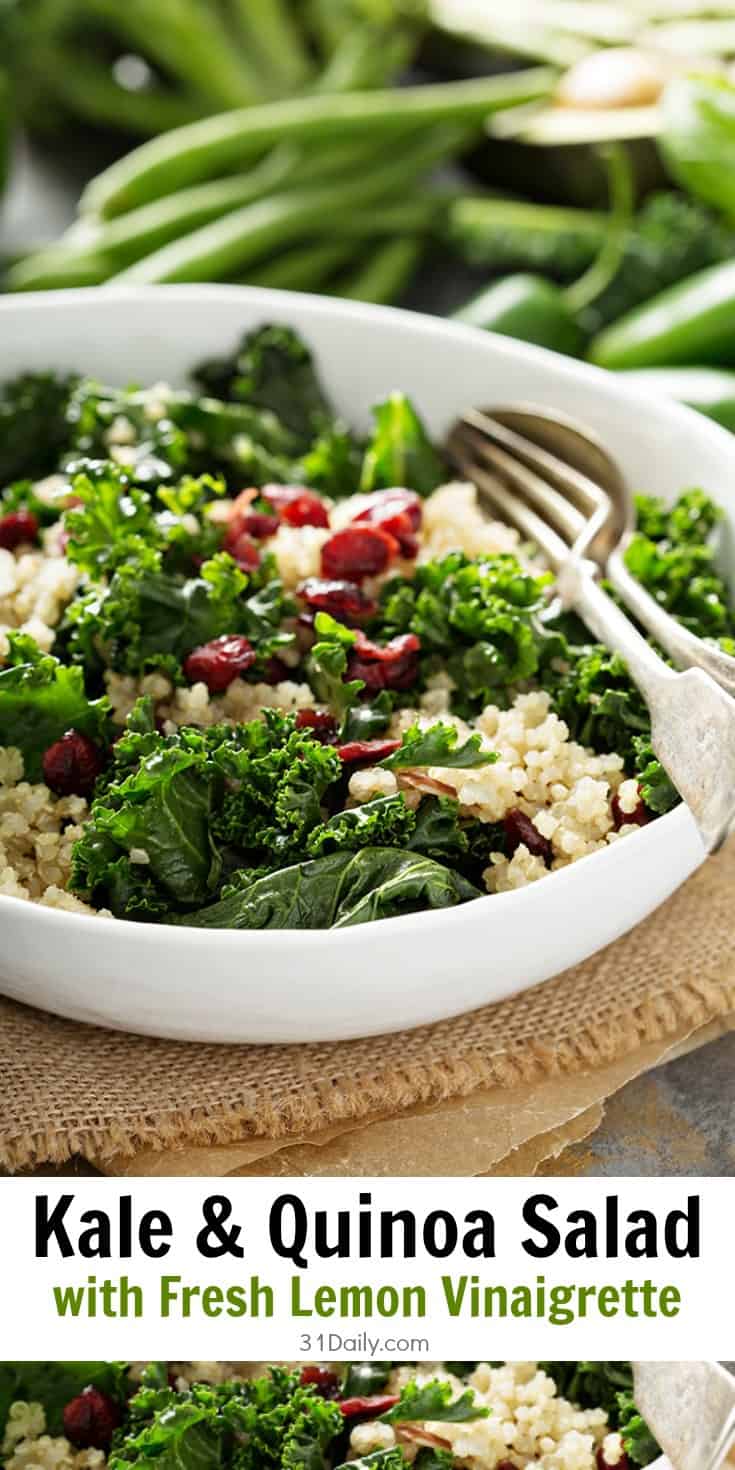