Skip to content
You are here
Home > HOLIDAYS > 4th of July > Hot Slaw with Bacon: the Perfect Side

Hot Slaw with Bacon is a quick and easy side dish. And a perfect complement to heftier favorites like pork, sausages, or, of course, chicken. Whether it be fried, grilled… or pulled!

And we love it paired with our favorite German Chicken Schnitzel.

Or served picnic-style alongside ribs, whether cooked in the Instant Pot, the grill — or the smoker. 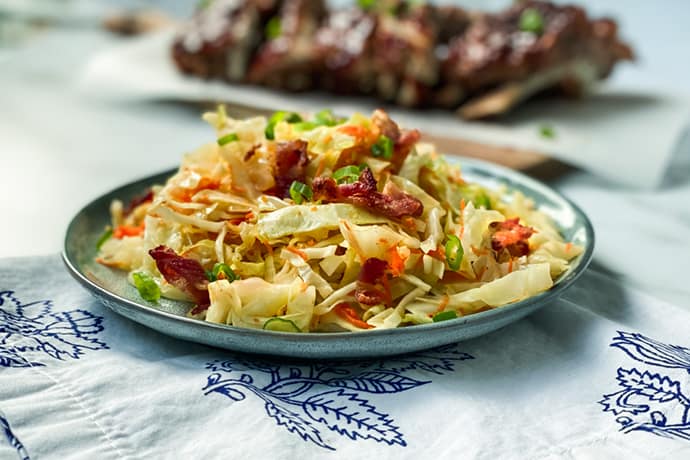 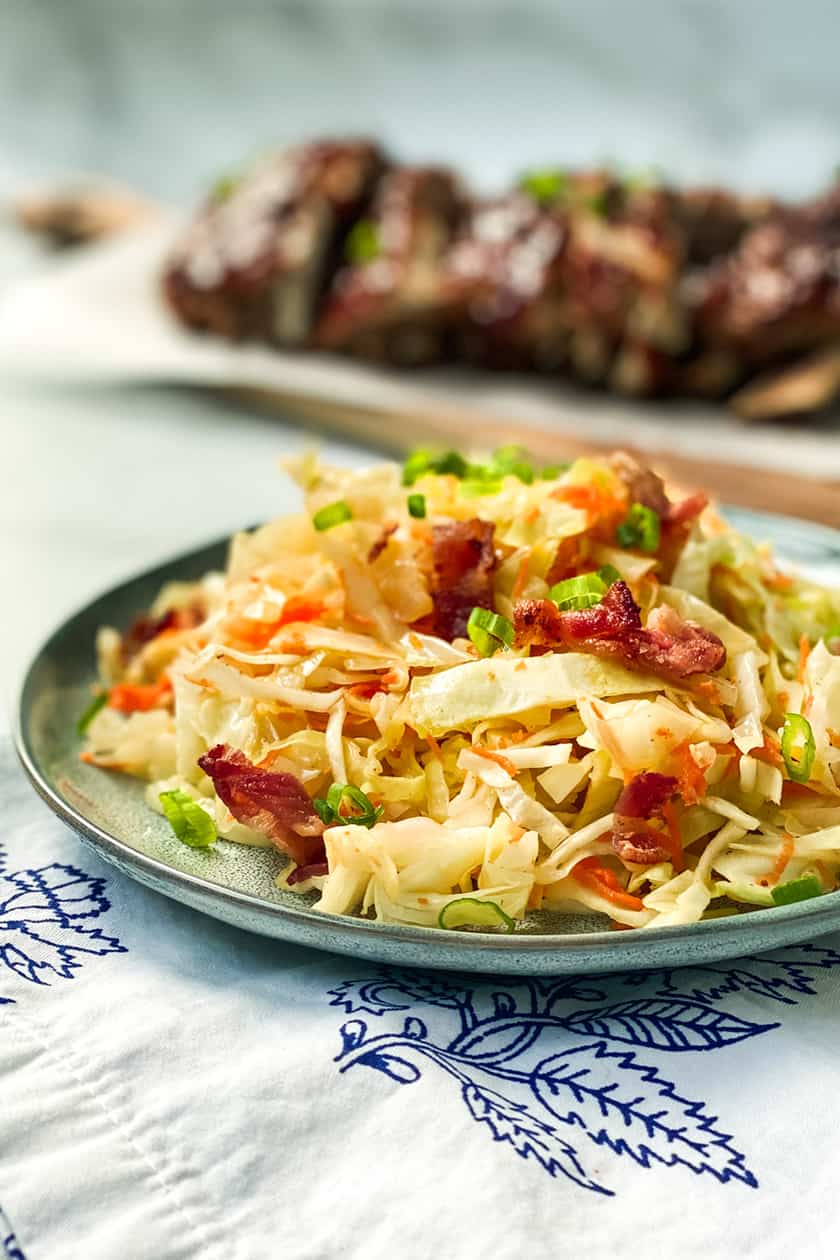 What is Hot Slaw?

Much like the tangy coleslaw everyone loves at summer picnics, hot slaw is much the same… just served “hot”.

Although in truth, it’s packed with flavor, can be spicy if you like it that way, and wholly savory.

Essentially, hot slaw is a combination of shredded cabbage and carrots, cooked quickly in a skillet, with a simple bacon and hot vinegar dressing.

The hot dressing wilts the cabbage and infuses it with the most delicious bacon, vinegar dressing ever.

I’ll stop… because there are endless possibilities! 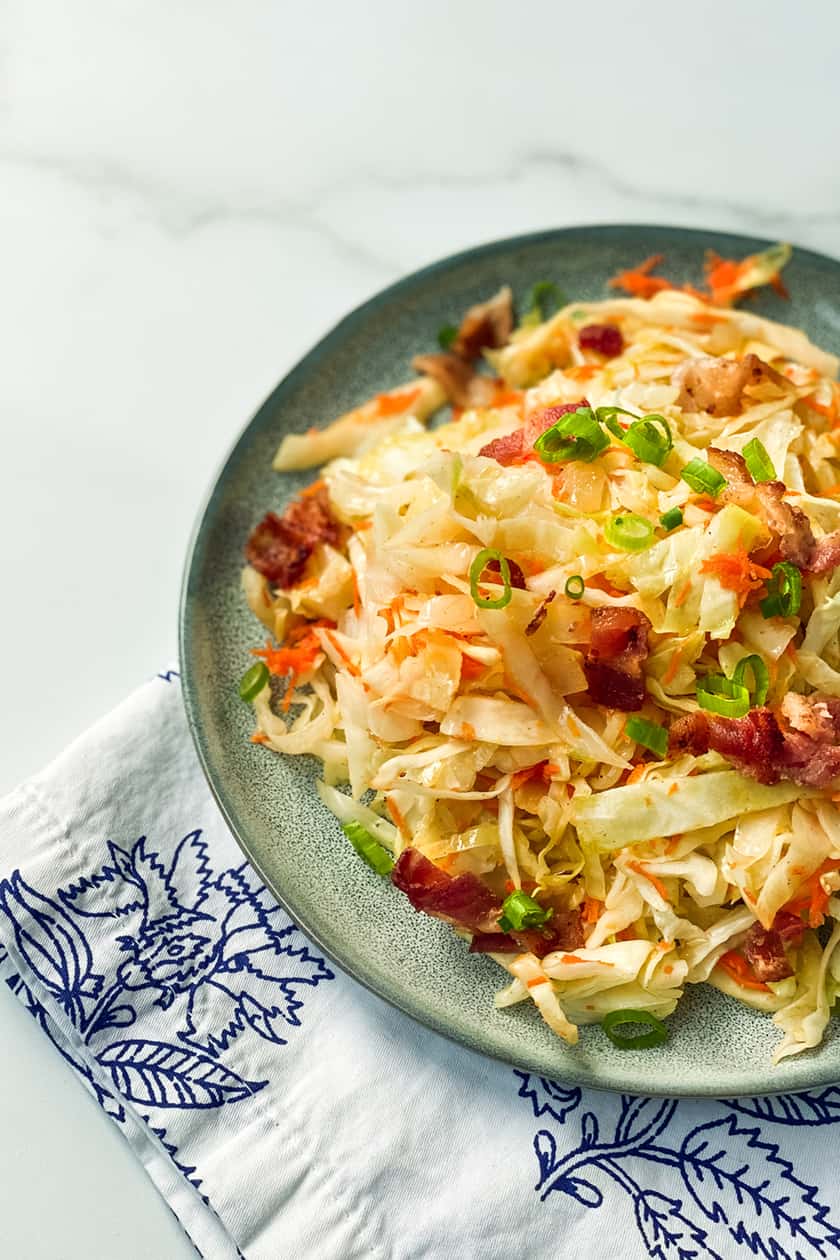 Is Hot Slaw a Southern Dish or a German Dish?

A recipe, published in the Kentucky Housewife cookbook, published in 1839, describes a side dish named “Warm Slaugh.” It describes cooking shreds of cabbage in butter, vinegar, salt, pepper, and unnamed “seasonings” just until it’s heated. Then to garnish it with hard-boiled egg yolks.

A similar version appeared in the 1915 Suffrage Cook Book suggesting the recipe be called “hot slaw.” Although neither one of these recipes suggests using bacon.

German cooking is known for its use of bacon, cabbage, apple cider vinegar… and savory seasonings. Much like a Ruben sandwich.

So is it Southern… or German? You tell me. I think it can be whatever you’d like it to be! 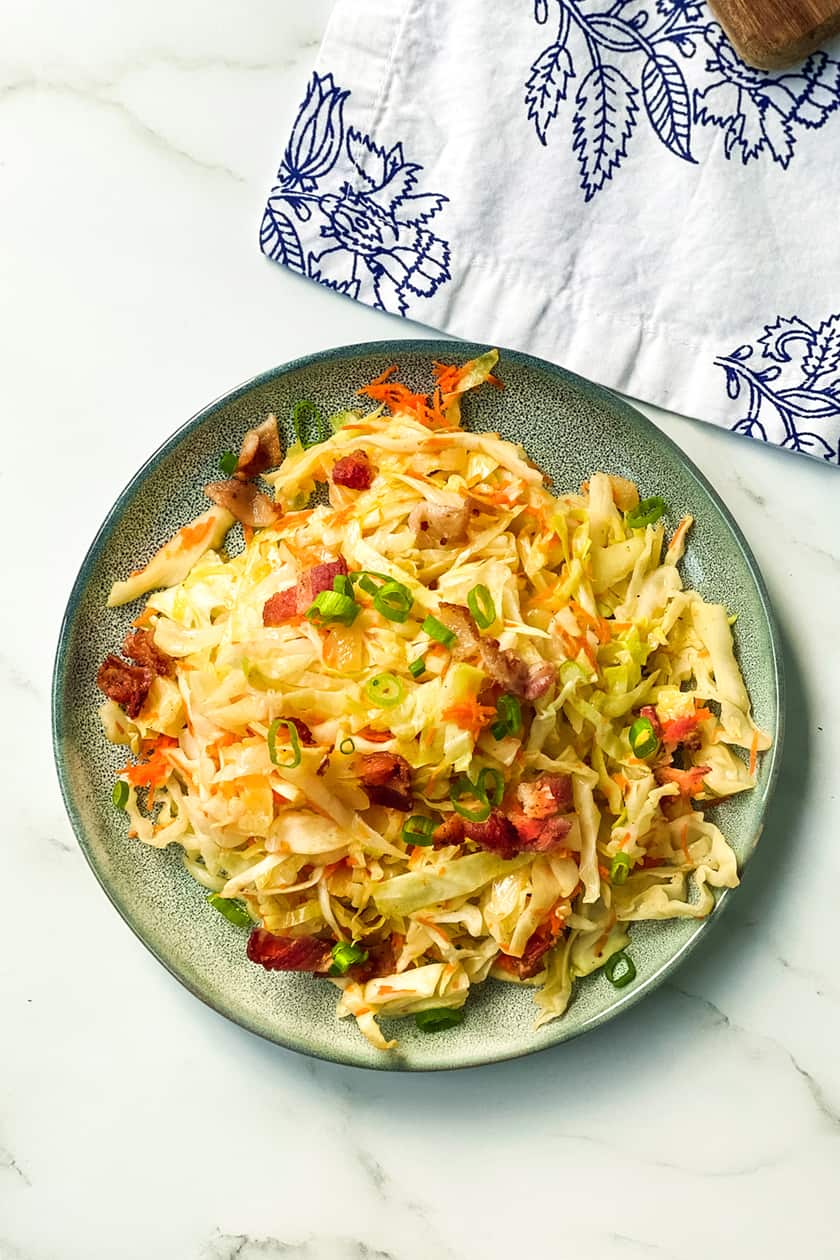 4 thoughts on “Hot Slaw with Bacon: the Perfect Side”