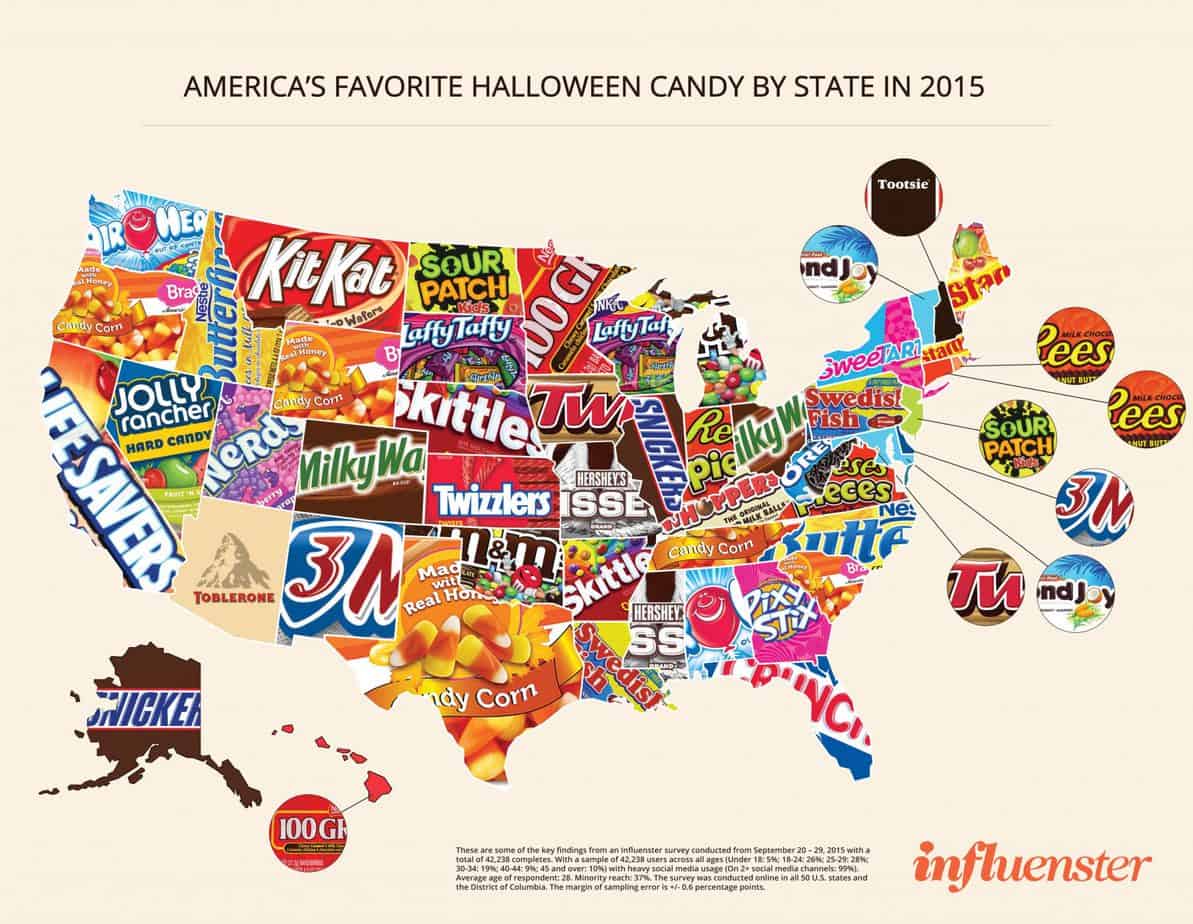 Have you purchased your Halloween candy yet? If so… which sweet treats did you choose? Have you ever wondered which candies are most popular in your state? We’ve found the answer.

Standing alongside at least 10 others at Costco this morning, trying to determine the which megapack Halloween candy to buy, I began observing the choices of my fellow shoppers before grabbing what has become my always, every year standby of M&Ms, Snickers, Reeses, and Kit Kats.

It can be a bit confusing. This candy… or that? And the question begs… does it even matter?

But you’re staring at thousands upon thousands of tiny little candy bars. And truthfully, you don’t want ANY leftovers. Although I might add — they freeze really well and make nice treats in brown bag lunches if you end up like we do every year and over-buy. 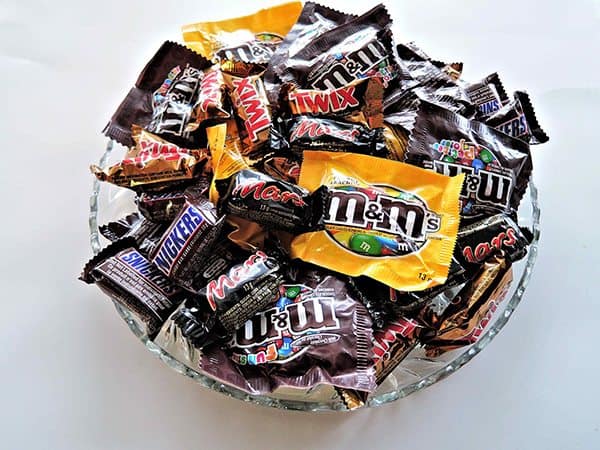 The question remains then: which candy is the most popular?

Influenster, a retail review website and online community of two million shoppers, conducted a survey of their influencers to answer that question and broke down their findings in a state-by-state rating. Interesting trends they found:

“The candy that pulled the highest total number of votes turned out to be Reese’s Peanut Butter Cup. It was one of only three candies (the other two were Kit Kat and Butterfinger) to be voted top treats by every single state in the U.S.”

“The candy of choice in the most number of states this year turned out to be the polarizing Halloween staple— Candy corn.”

So — for those still needing to buy candy, you might be interested in which sweet treats rate highest in your state. And by the way… Washington’s favorite candy (my home state), I’ve never heard of it. Of course, I’m now on a quest to find some. Do you agree with your states #1 pick?