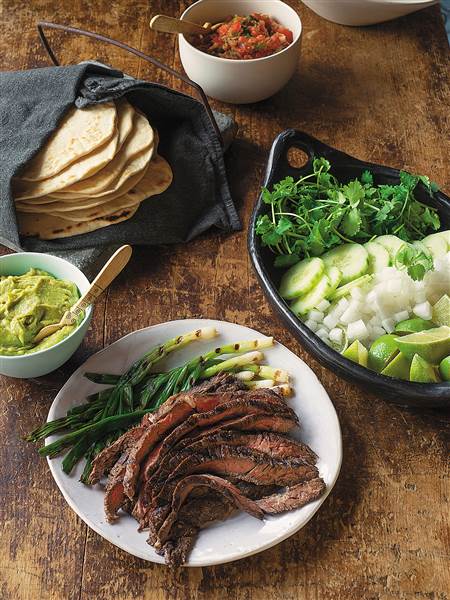 While not widely popular or a national holiday in Mexico, Cinco de Mayo—or the fifth of May—is largely celebrated throughout the United States. Parades, mariachi performances, street fairs and festivals can be found coast to coast.

The holiday actually commemorates the Mexican army’s 1862 victory over France at the Battle of Puebla during the Franco-Mexican War (1861-1867). A relatively minor holiday in Mexico, in the United States Cinco de Mayo has evolved into a celebration of Mexican culture and heritage, particularly in areas with large Mexican-American populations. Cinco de Mayo traditions include parades, mariachi music

In the U.S., it has evolved into a celebration of Mexican culture and food. Of which, of course, most of us are huge fans.

In Mexico, celebrations of Cinco de Mayo are more popular regionally in Puebla. What then is authentic Puebla cuisine? Serious Eats says,

“Meat wrapped in fragrant leaves and roasted underground or braised in tomatoes and tomatillos. Pumpkin seeds used in more ways than you thought possible. A sophisticated French-influenced bread culture. And of course, there’s mole, the chocolate-tinged sauce that takes dozens of ingredients and days to make, which, when done right, is a Proustian madeleine of the New World.” Serious Eats.

Here are a few of our favorite recipes to celebrate Cinco de Mayo:

“Now, in time for Cinco de Mayo, here’s the recipe for Los Tacos No. 1’s massively popular carne asada (grilled beef) tacos. Quick tip: Make sure to double, triple, even quadruple the amount if you’re serving a crowd; these tacos will disappear fast.”

When you crave a tamale but can’t set aside hours to make them from scratch, this recipe goes a long way toward satisfying that craving. In mere minutes.

A healthy and quick recipe packed with chicken, spinach and peppers. Excellent recipe to double and then freeze for future use. A family favorite for sure.

A lighter and healthier southwestern soup that celebrates all of the freshest ingredients and bursting with traditional Mexican flavor.