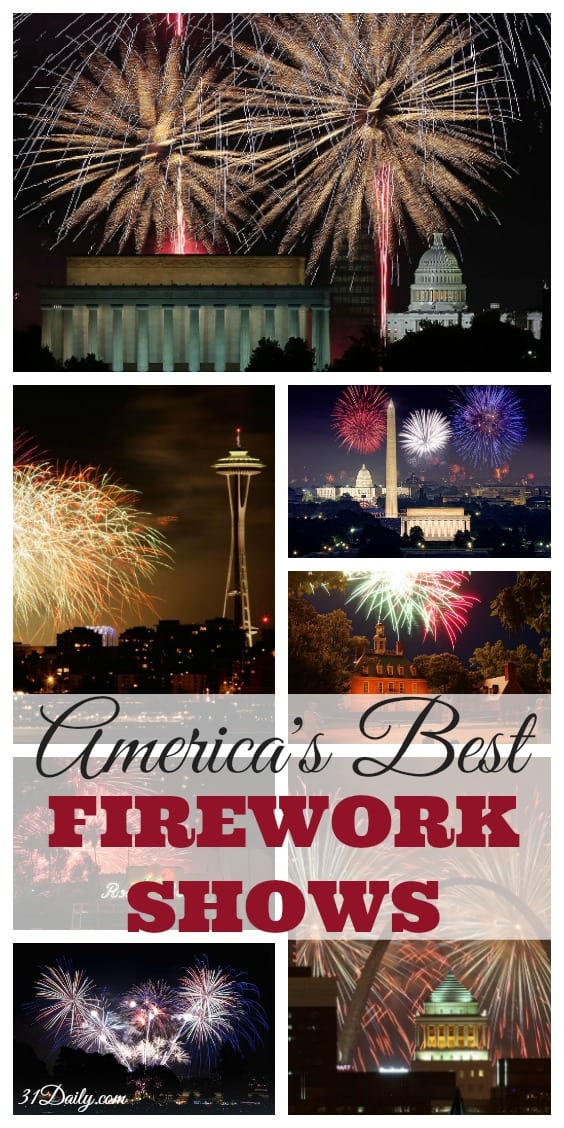 Americans love to celebrate our country. And there isn’t a better way than with the flashes of red, white, and blue that fill our nation’s skies come Independence Day.

From coast to coast, we dazzle with amazing displays of patriotism and pyrotechnics. And while it seems such a modern invention, fireworks and 4th of July celebrations, Americans have been celebrating this way, fireworks included, since our inception.

On July 8, 1776, the first public readings of the Declaration were held in Philadelphia’s Independence Square to the ringing of bells and band music. One year later, on July 4, 1777, Philadelphia marked Independence Day by adjourning Congress and celebrating with bonfires, bells, and fireworks.

The custom eventually spread to other towns, both large and small, where the day was marked with processions, oratory, picnics, contests, games, military displays and fireworks. Observations throughout the nation became even more common at the end of the War of 1812 with Great Britain. (PBS on the History of America’s Independence Day)

From Seattle to Boston, DC to Philly, from Los Angeles to New York — coast to coast the most fun and spectacular fireworks displays in the country!

Celebrating 40 years, Macy’s Firework Show, a 25-minute extravaganza, is the largest in the country. Macy’s has created an app for viewing the spectacular show with everything from where to watch, to recipes, to downloads of this year’s exclusive track to “America The Beautiful” by Tony Award-Winning Singer Jennifer Holliday. 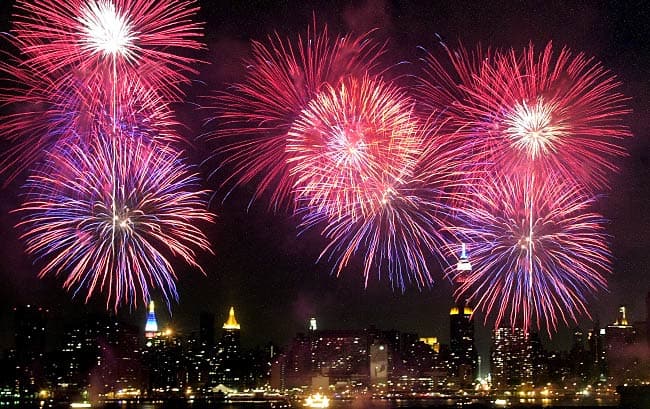 There’s no better place to be on Independence Day than the National Mall, the nation’s most important civic space and home to some of the most iconic monuments and memorials in our country. The Fireworks show will last 17 1/2 minutes. Bring a picnic and make a day of it! 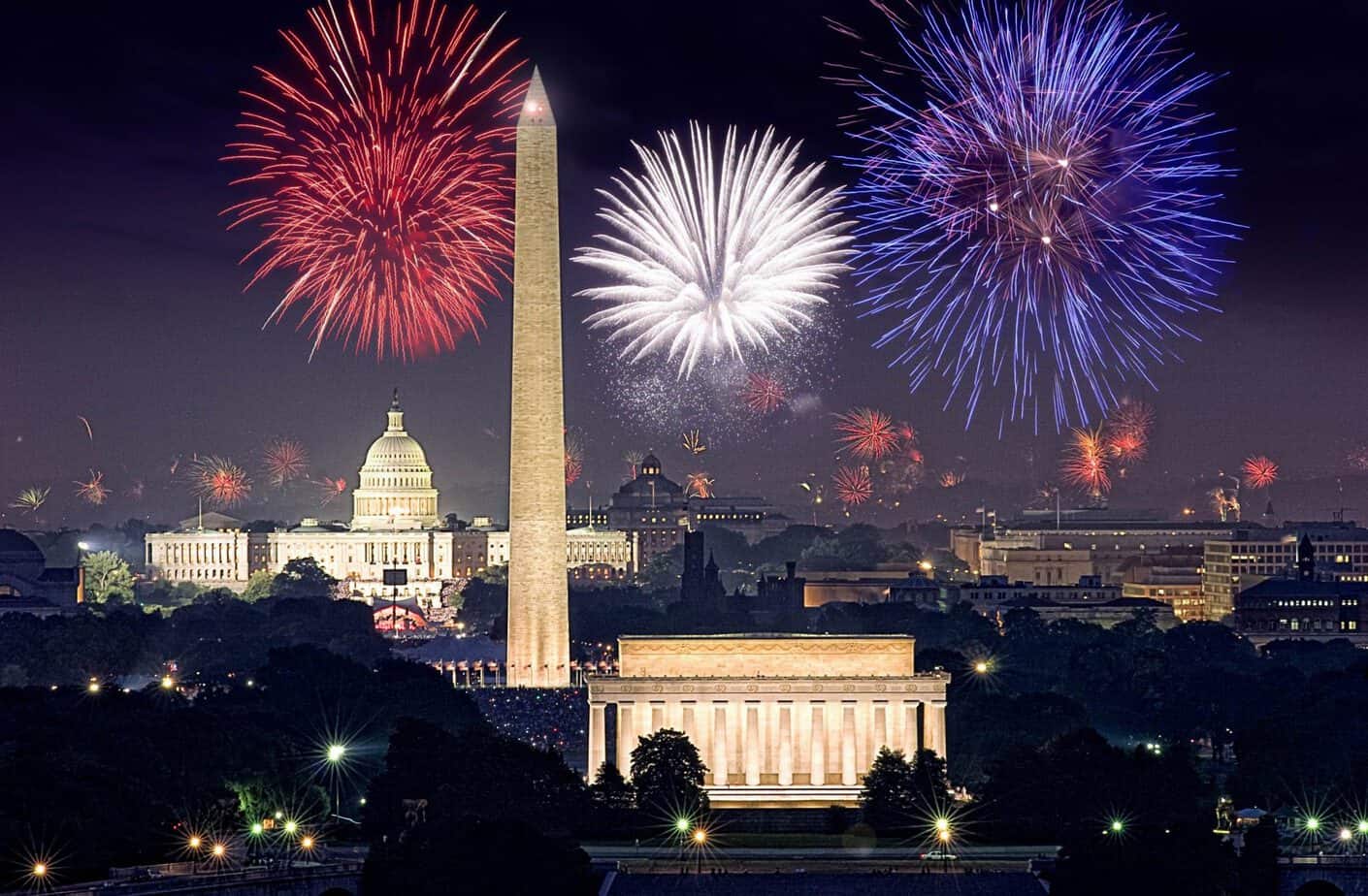 Make an entire day of celebrating the 4th by visiting Colonial Williamsburg’s Revolutionary City where they’ll have a full schedule of events. From patriotic programs to special readings of the Declaration of Independence to colonial games and Fife and Drum demonstrations. 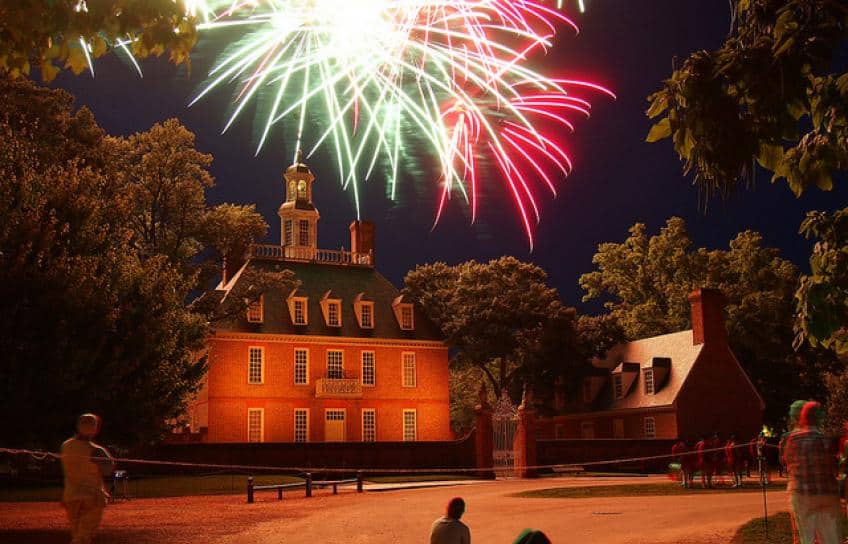 This historic American city’s show is renowned for its accompaniment—live music performed by the legendary Boston Pops Orchestra, culminating in Tchaikovsky’s resounding 1812 Overture, which features—yes—real cannon fire. This year will be the 43rd annual and rumors abound that it may be the final fourth on the Esplanade.

Celebrate America’s Independence at America’s Birthplace. Philadelphia pulls out all the stops for its Fourth of July celebration—as well it should, considering the Declaration of Independence was signed here. It all culminates in the largest free concert in the country—the Philly 4th of July Jam—and a 15-minute, more than 15,000-shell fireworks display viewed by more than 500,000 gawkers. 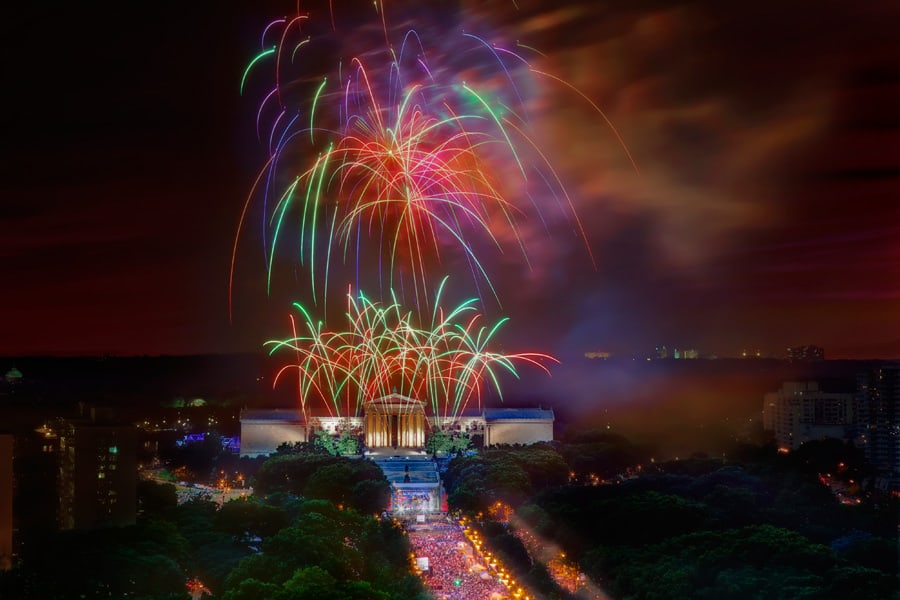 A week-long festival drawing hundreds of thousands of spectators with events and attractions from concerts to cake decorating contests, glowing hot air balloons and car and antique shows. And of course, a spectacular fireworks display on the 4th. 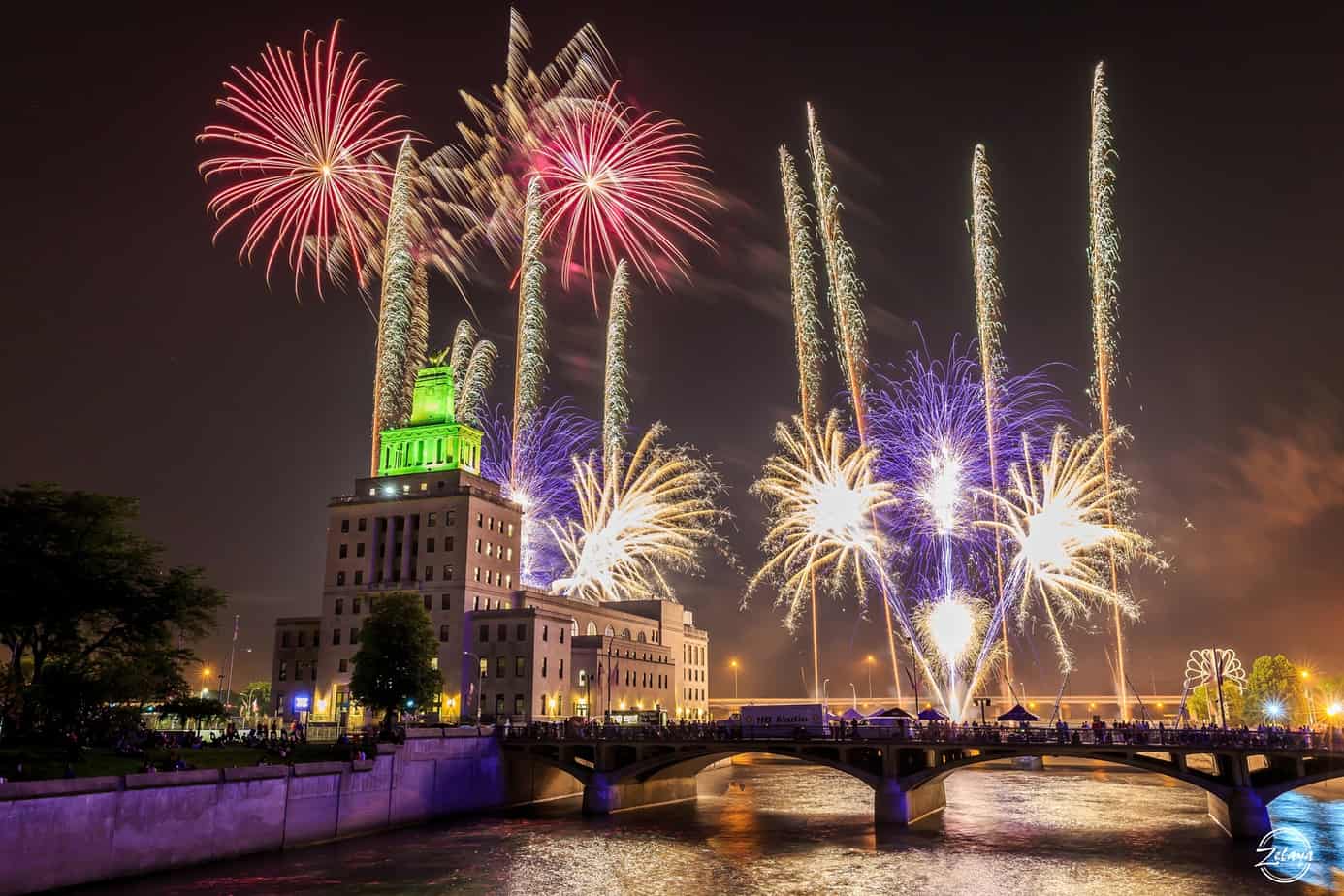 America’s Biggest Birthday Party features top entertainment, zip line, human slingshot, market-style shopping area, world-class fireworks, and much more! Approximately 250,000 people join in on the fun throughout the extended weekend, filling the park in anticipation of the fireworks set off from the Grand Basin in the park. 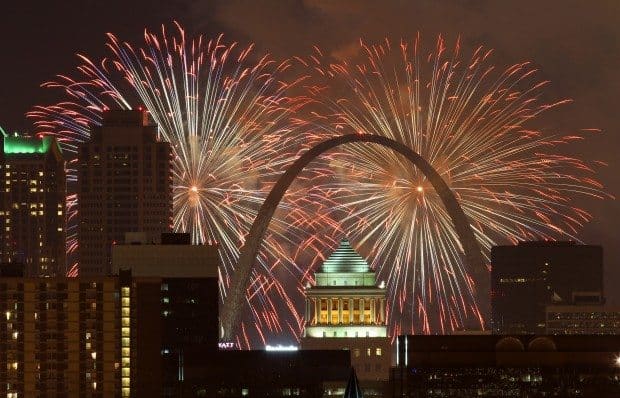 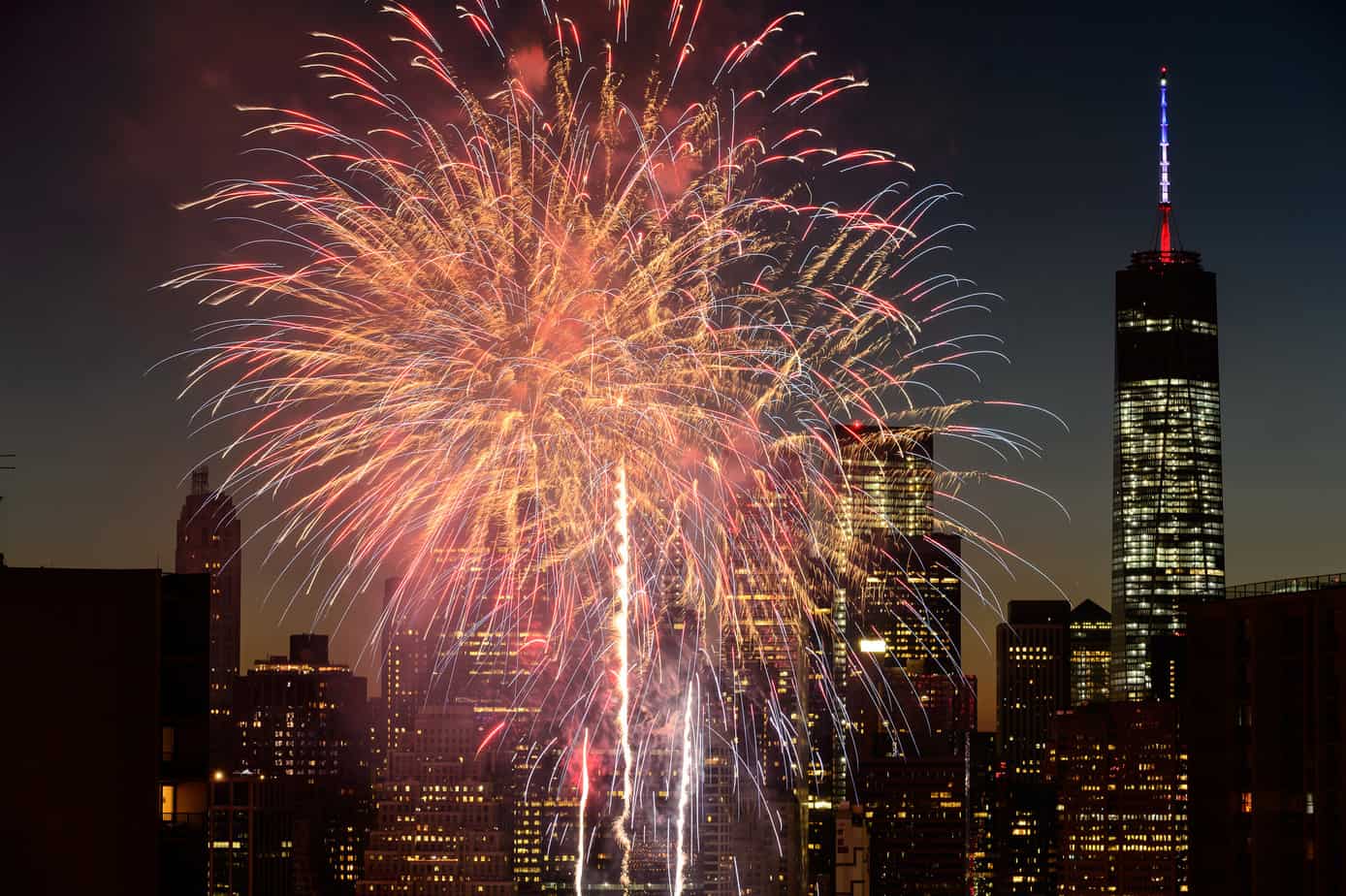 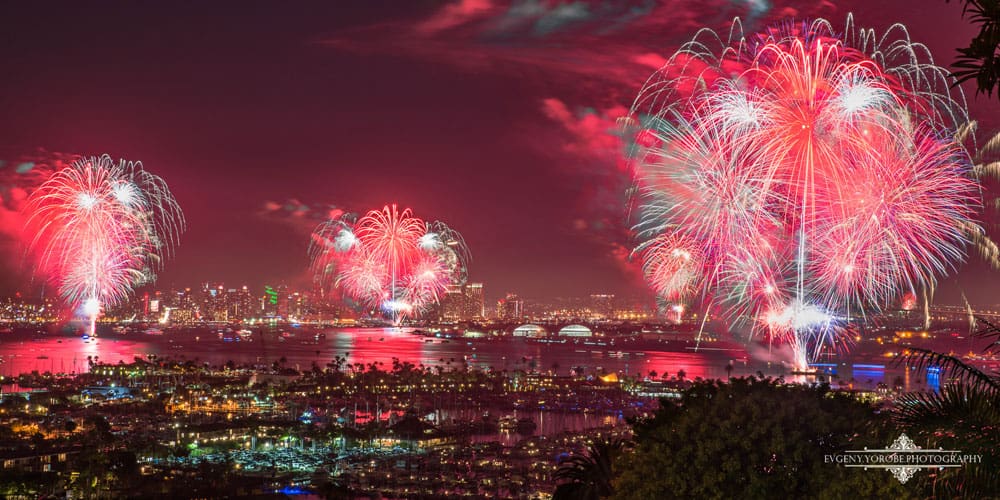 Billed as the largest fireworks show in Los Angeles, join thousands of fellow Angeleno’s as they celebrate the 4th of July at the 90th Annual Americafest at the Rose Bowl. 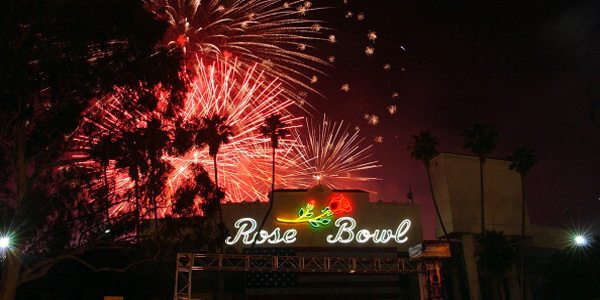 Spend the day kicking back on the lush lawns of the Fort Vancouver National Site, grab the kids and enjoy traditional family fun games and entertainment all day! Celebrating 53 years. Using state of the art fireworks synchronized to music, the 2016 display will once again be launched from Pearson Field. 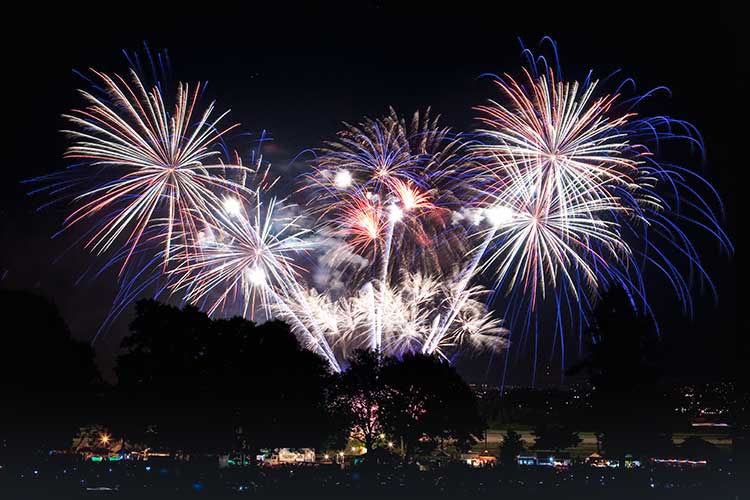 Considered by CNN as one of the world’s 10 top fireworks shows, Seattle. Throughout the day guests can dine with our food vendors, peruse exhibit booths and listen to live entertainment from the main stage. Admission is free but you can purchase reserved seating. 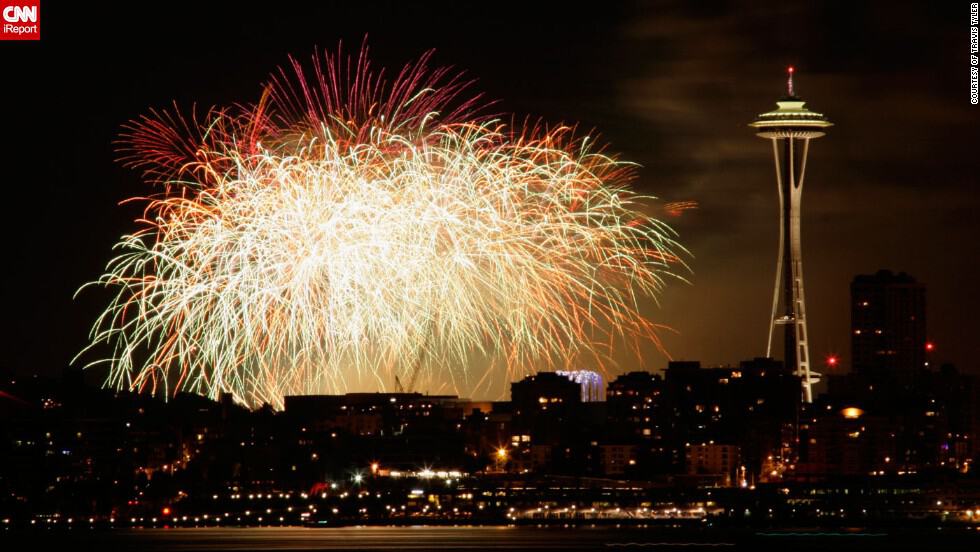